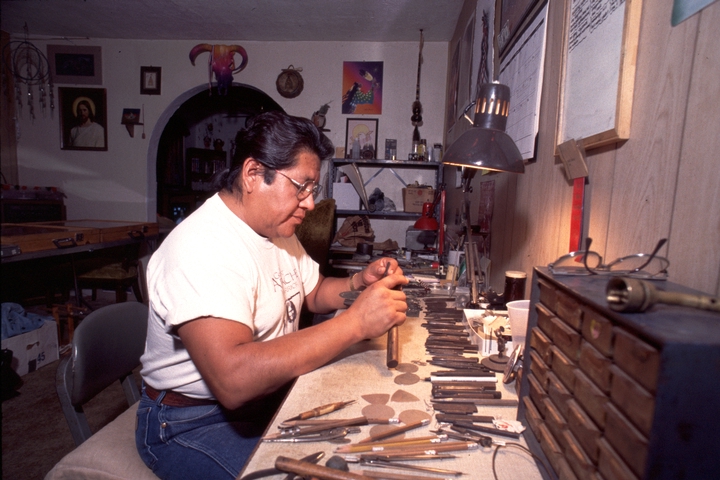 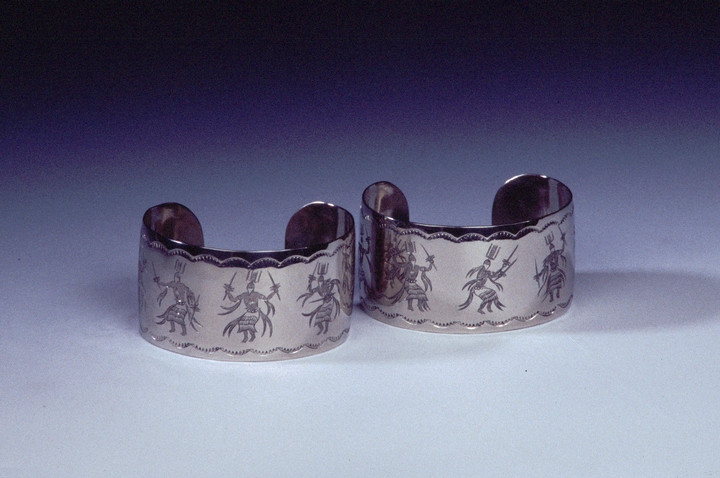 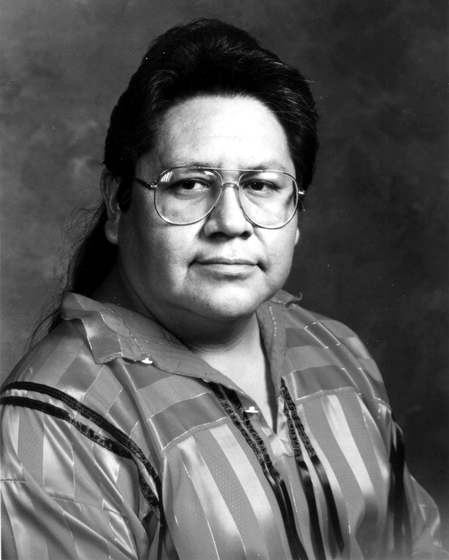 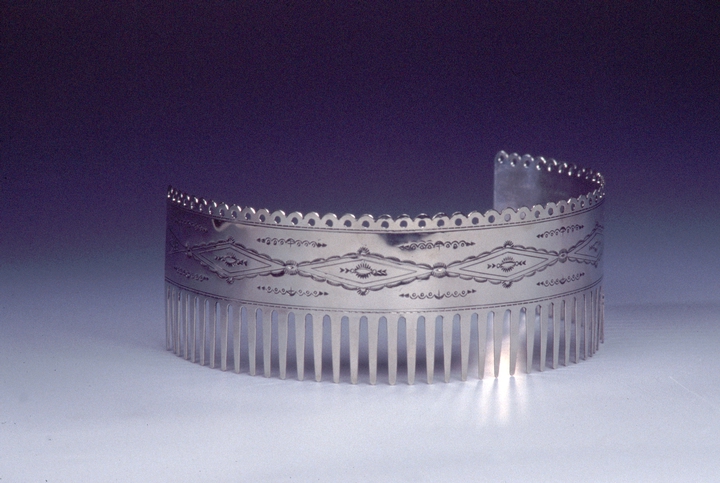 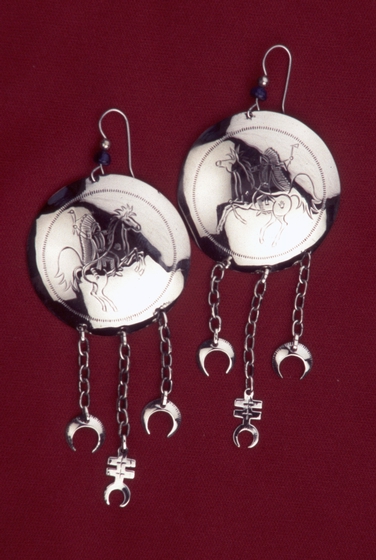 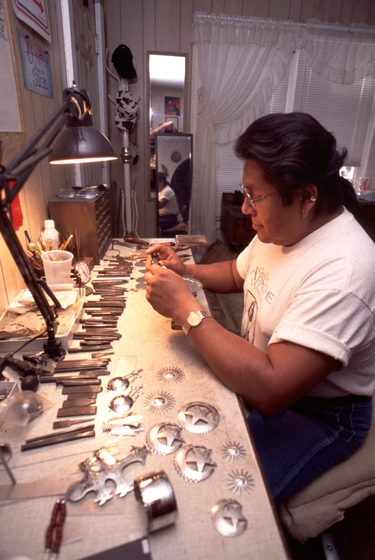 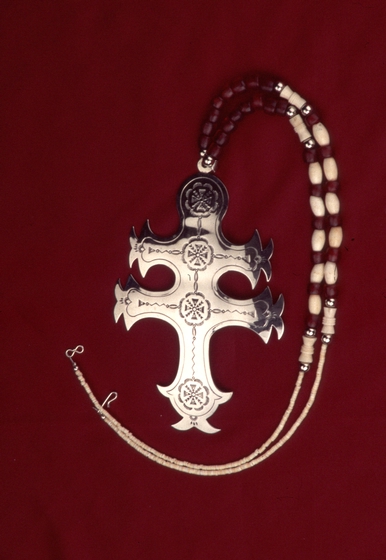 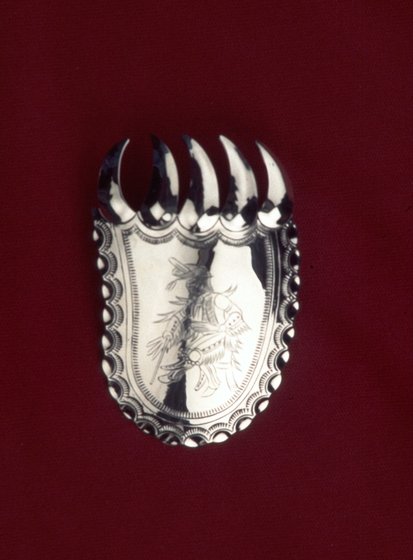 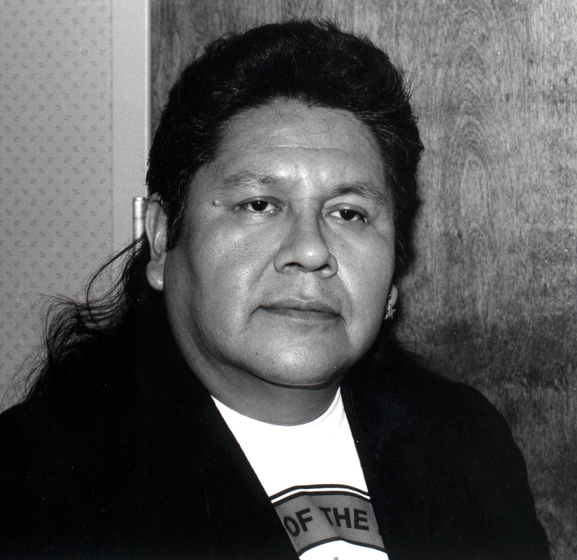 Bruce Caesar, born in Iowa City, Iowa, represents the third generation of metalsmiths in his family. His father, Julius, a Pawnee, was widely recognized as an accomplished and creative Native American craftsman working in German silver and won many awards for his work.

German silver, a nonferrous alloy of nickel, copper and zinc, was invented in the early 1820s. Its hardness and ability to take a shine soon made it a preferred metal for many Native American artisans, particularly in the Southern Plains region.

Caesar remembers starting to work with metal when he was 7 years old. By the time he was 9, he was demonstrating jewelry making in craft shows with his father. His apprenticeship with his father was long and intense, and he continues to build on his father's legacy of incorporating lapidary work into his designs and signing his more elaborate commissioned pieces. The intertribal Native American Church has inspired "peyote jewelry," a style that incorporates important sacred and ritual symbols such as the tipi, fan, rattle and, most important, the aquatic spirit bird that carries prayers.

Caesar has embraced the tradition of Southern Plains metalsmithing while finding his own unique interpretations of traditional motifs. The thoughtful, refined designs of his jewelry can be, in his words, "as simple as a sentence that conveys a thought or as deep as an essay that conveys a whole belief." His work has won many awards and has been featured in major exhibits, such as "Contemporary Southern Plains Indian Metalwork," sponsored by the Indian Arts and Crafts Board, and in articles in Oklahoma Today and Native Peoples magazines.

As time permits, Caesar offers demonstrations for schools, museums and galleries. He enjoys teaching young people, and his son Adam has been his principal disciple. Caesar's work continues to balance tradition with an adventurous outlook toward design possibilities. As he put it, "I've never had a helmet or a hubcap ordered yet, but I'm sure in time one will come along."