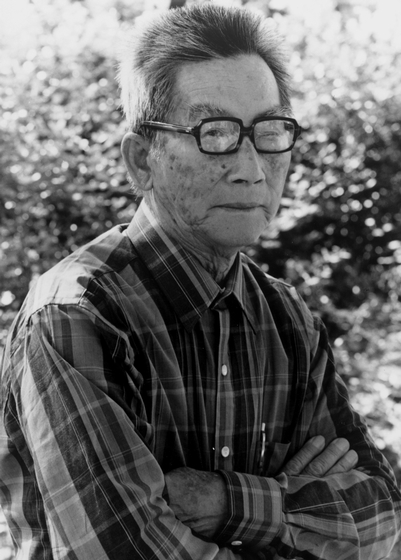 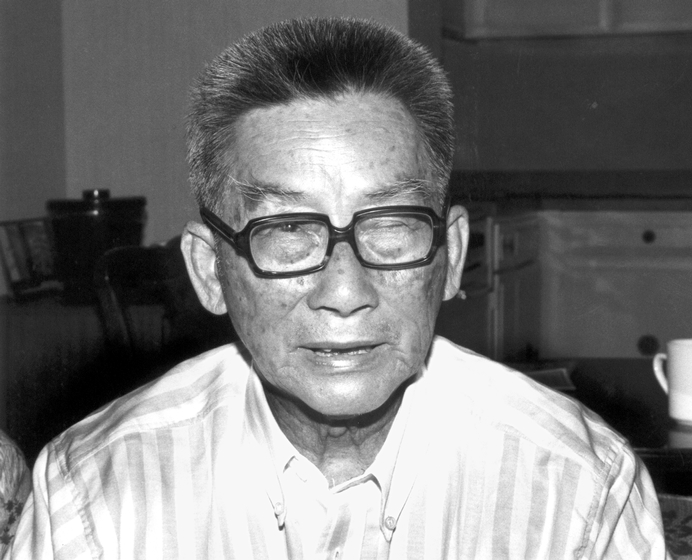 Ng Sheung-Chi came from a small village of Jinhjuan in Toissan (Taishan) County, a rural area situated in the Pearl River Delta, southwest of Canton in southeast China. Ng began school when he was 9 years of age but only stayed for three years because he had to work with his family as a farmer.

Ng grew up listening to villagers sing muk'yu (muyu), a type of narrative song, while working or when they gathered together in the evenings. Eventually, he began imitating them and practicing his singing while he worked in the fields. By the age of 18, Ng was well-known as a muk'yu singer among fellow villagers. He was frequently invited to sing traditional wedding songs, including the san neung go (xin niang ge), the bride's song, performed at the bride's home. Muk'yu was also an indispensable component of other ritual and ceremonial activities, such as those held at the Chinese New Year and other lunar calendar holidays. Ng prided himself on his ability to preserve his regional tradition of muk'yu without instrumental accompaniment, always singing from memory and never utilizing song sheets or textbooks in public.

Muk'yu has been popular among rural people of this region for more than 300 years. Muk'yu stories, which are sung as rhymed texts, are drawn from the national or local history, myths, legends and folk tales. Muk'yu texts are usually hand-copied into booklets or printed into textbook-type collections. The earliest extant printed muk'yu textbook dates from 1713. The texts are sung to repeated tunes with improvisational variations. Muk'yu can be performed a cappella or accompanied by instrumental music. It can be sung by one singer or by multiple voices singing in turns. The length of muk'yu varies from several dozen lines, which can be performed in a few minutes, to thousands of lines, which require hours or days to perform. Muk'yu is sung by both men and women. Traditionally, older women sing as part of funeral rituals; young people sing in wedding ceremonies.

Following the political changes of the 1940s in China, most singing of muk'yu was prohibited and the tradition went into sharp decline. The Communist Party regarded traditional arts as a threat to its political hegemony and restricted many traditional forms of artistic expression. Ng persisted nonetheless, and in later years, when Communist Party members realized how popular Ng's singing was, they incorporated him into political programs to draw villagers to meetings. "These meetings," he said, "were very large meetings, often with three or four thousand people. Usually, it took a long time to have folks gathered for these meetings; but when they knew Uncle Ng [as he was called] was coming to sing, they would all come very early, waiting at the meeting place."

After the Cultural Revolution (1966-1976), people started singing again and songbooks began to reappear. However, nearly twenty years of censorship had weakened the tradition of muk'yu singing considerably. Ng devoted himself to reviving the repertory of muk'yu songs, but interest among the villagers had waned.

In 1979, Ng left China, going first to Hong Kong and then on to the United States. He settled in the Chinese community of New York City and worked for several years in the garment industry. He continued to sing muk'yu at work and at home. His repertoire included traditional love stories as well as songs that recounted the experiences of the Chinese forced to leave their homeland. He has also composed songs, many of which vividly describe his personal experiences as an immigrant.

After retiring, Ng devoted more of his time to muk'yu. He produced his own selection of muk'yu hand-copied text sheets and photocopied bound booklets of songs. Ng sang regularly at the monthly birthday parties organized by the New York Chinatown Senior Citizen Center, where many of the seniors originated from the Toissan area. Because they were from the same region and many of them knew the songs in Ng's repertoire, they could take turns singing parts of the lyrics. In 1986, Ng started making cassette tapes of himself singing, and over the years he completed twemty tapes, which were sold with handmade text sheets or booklets on the streets of Chinatown.