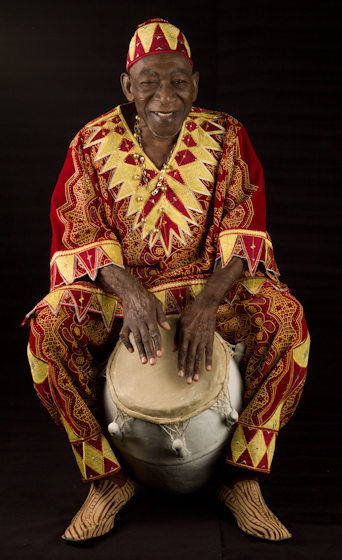 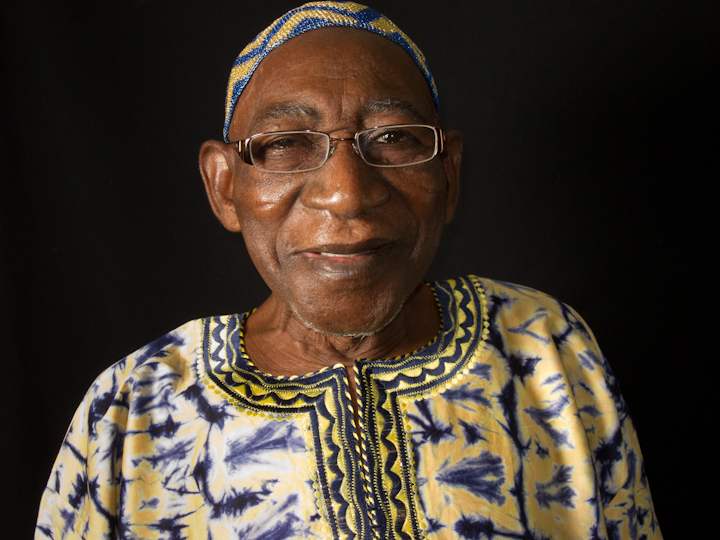 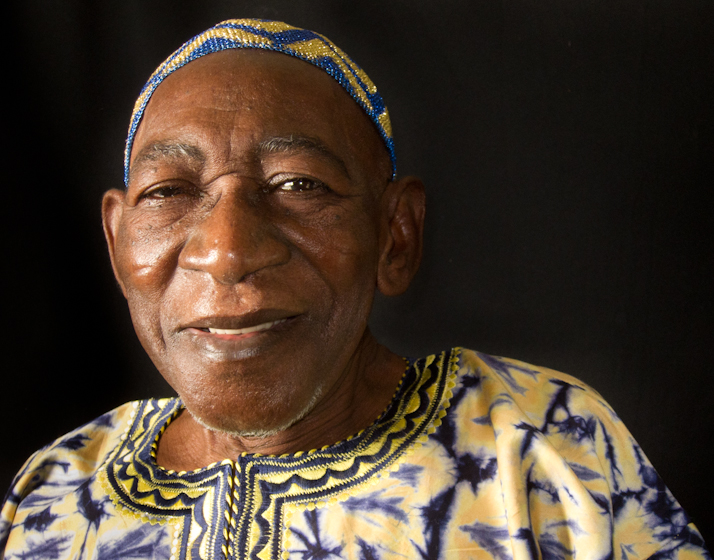 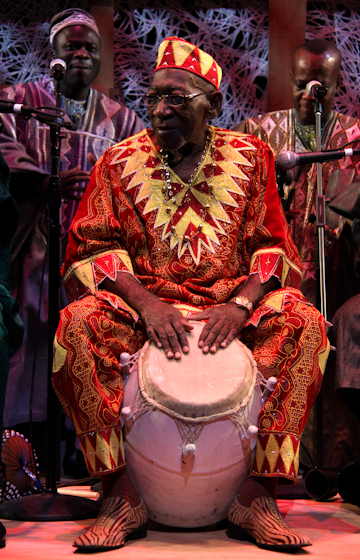 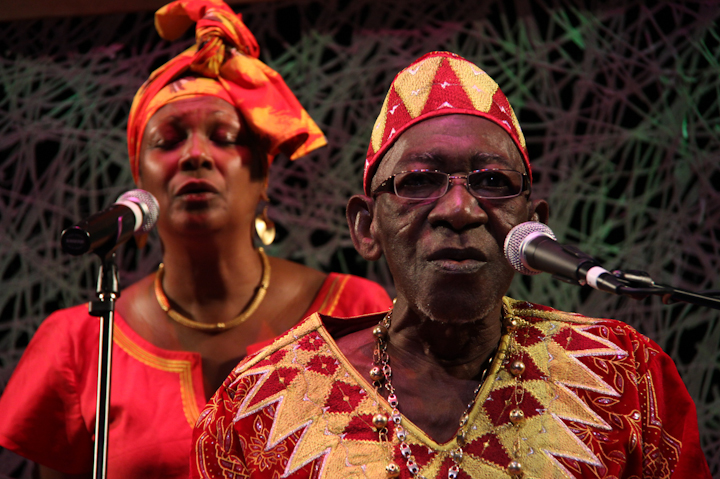 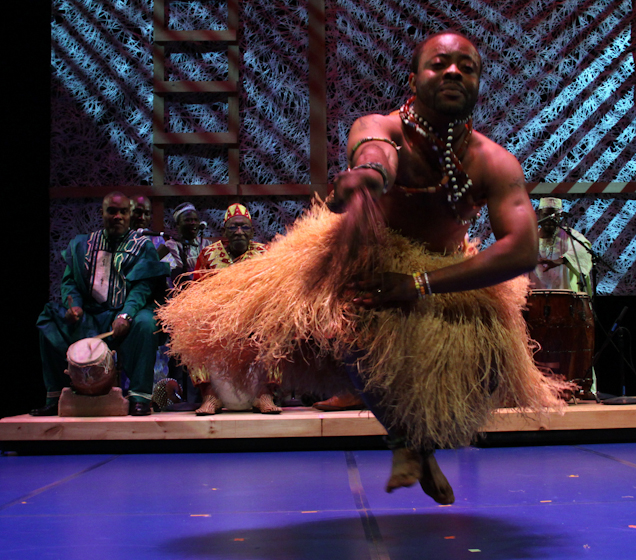 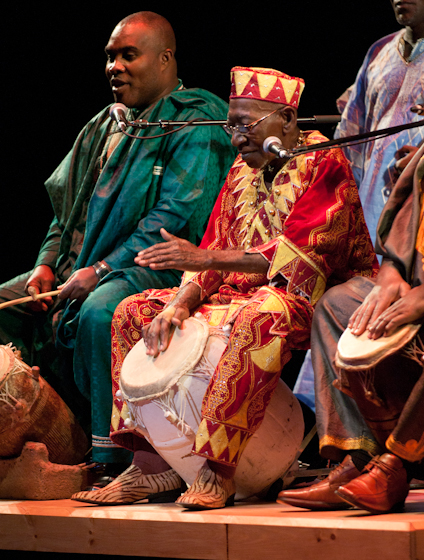 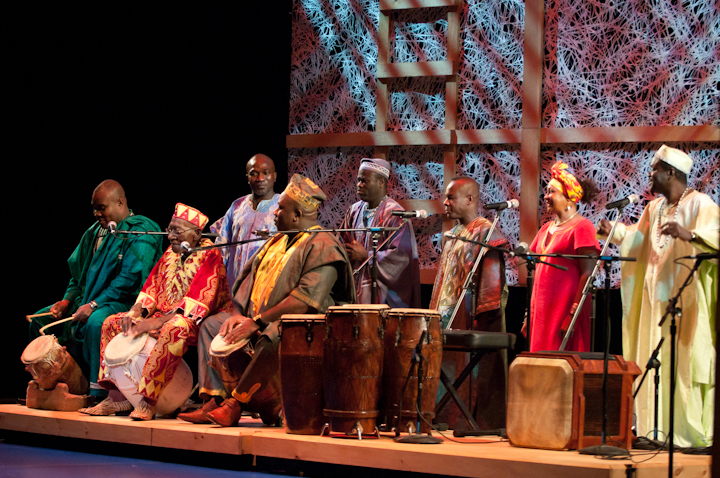 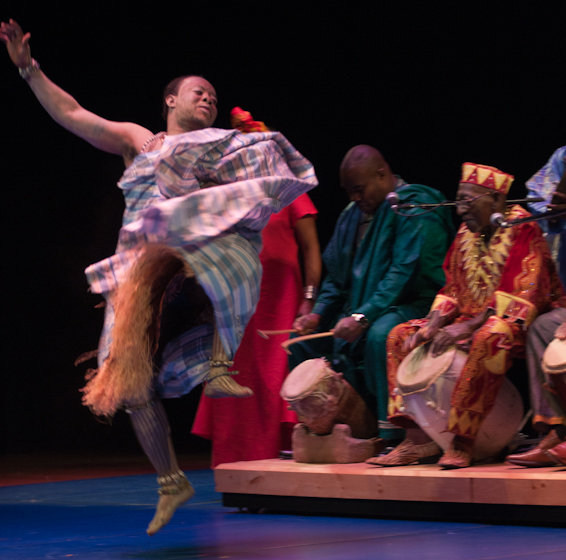 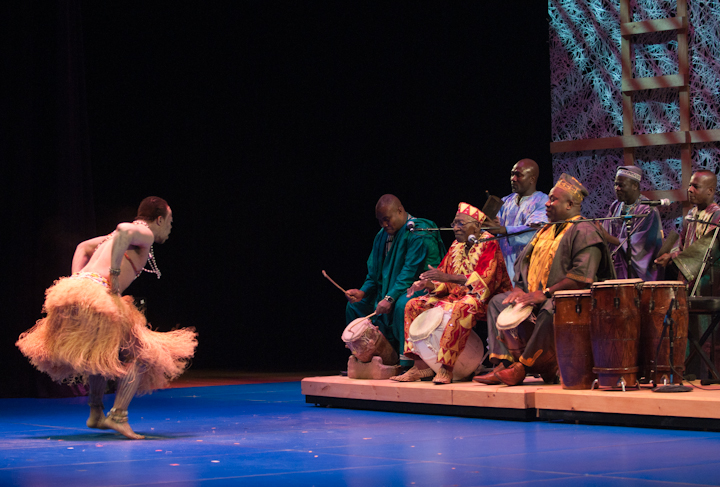 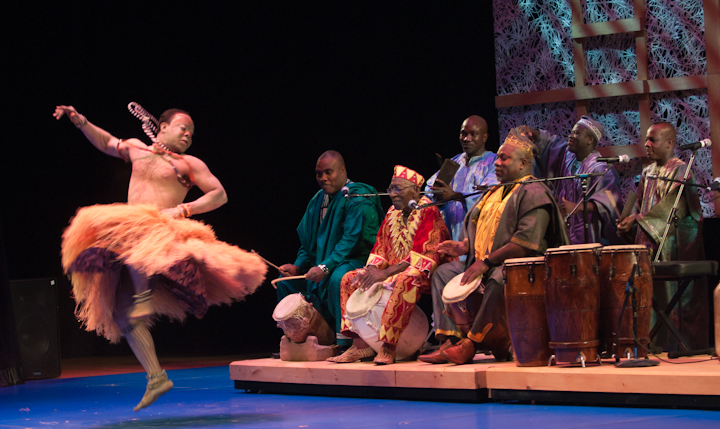 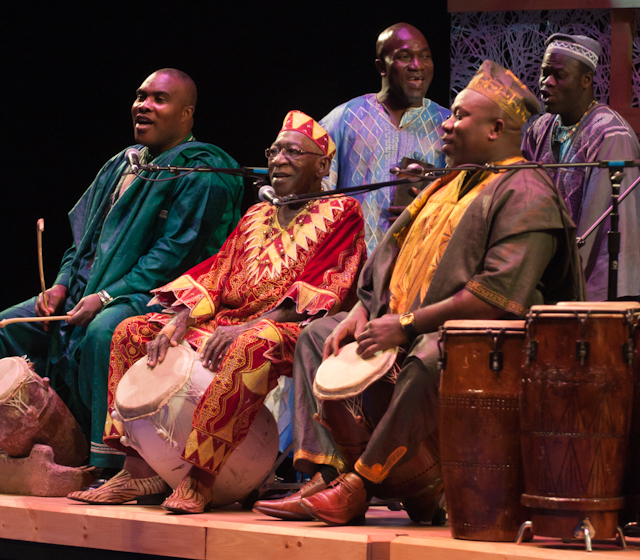 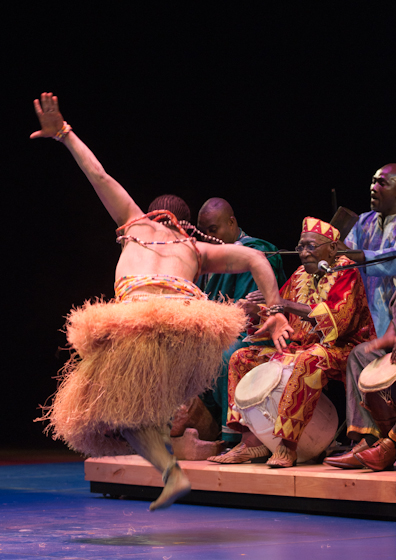 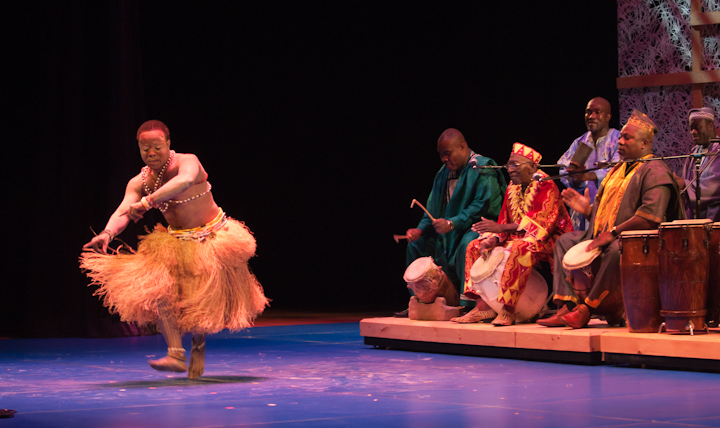 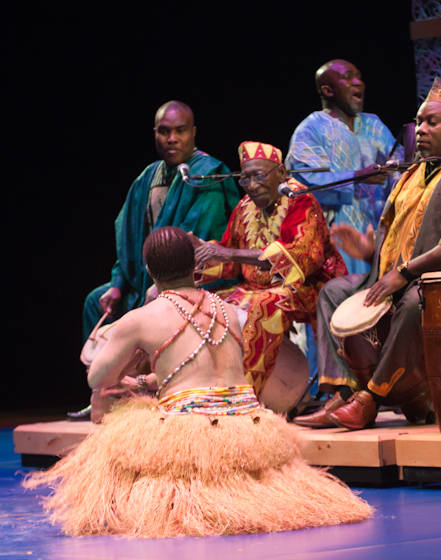 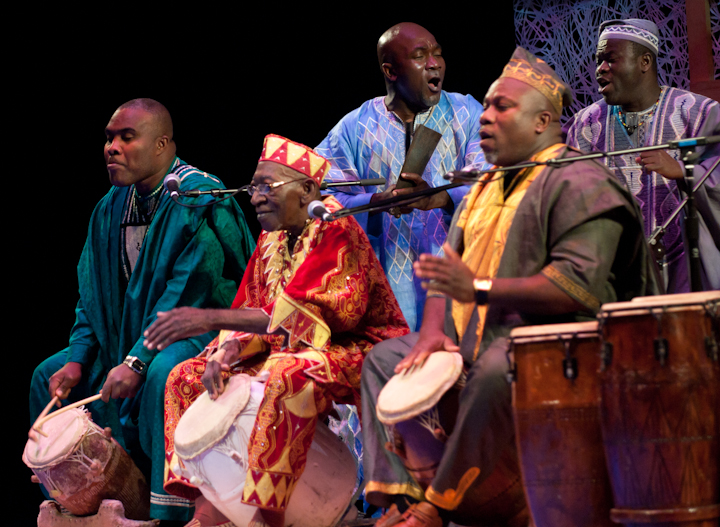 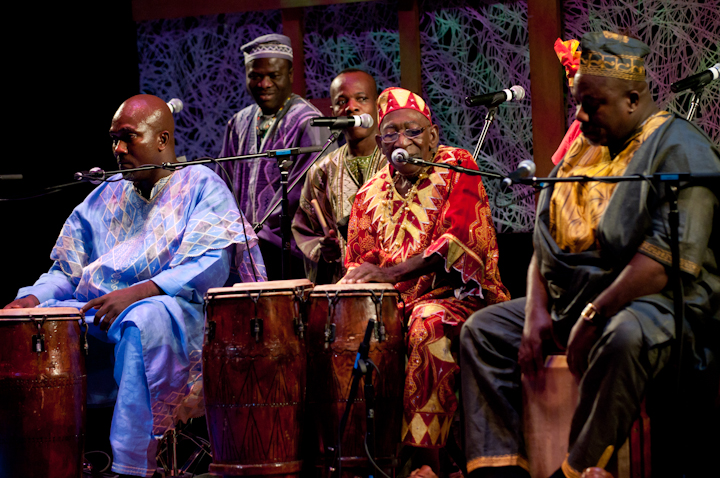 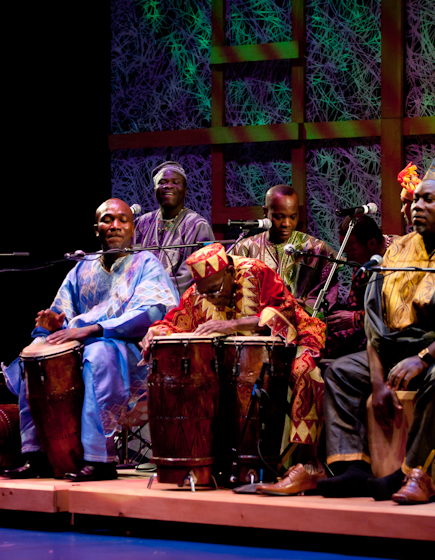 Yacub Addy was born into a family of drummers, singers and dancers in a village near Accra, the capital of Ghana. His father was Okonfo Akoto, a wontse, or medicine man, of the Ga ethnic group. His mother, Akua Hagan, was a lead singer in her husband’s medicine music. In 1956, the year before Ghana gained independence from British rule, Addy made a breakthrough when he presented traditional Ghanaian music and dance in Accra. This was difficult, he said, “because Ghanaians had adopted colonial attitudes by then… We started small, but in 1956, before independence, I organized a big concert of music and dance at Accra Community Center. That was where Ghanaians began to see what I was trying to do. They were surprised, and there was a good response.”

Addy created the groups Ashiedu Ketrekre, which performed in Ghana in the 1960s, and Oboade, which toured the West from 1968-1972. He married an African American woman while living in Europe and in 1975 moved to the United States. Beginning 1982, he led Odadaa!, a troupe composed primarily of Ga artists. The name translates to “Let the music begin!” It performed traditional music and dance arranged and choreographed by Addy as well as his original compositions.

When Addy was growing up, he and his friends heard and danced to the music of American jazz musicians, including Count Basie, Louis Jordan and Louis Armstrong. Addy heard connections to his own traditions in some of this music. When Armstrong visited Ghana and talked about New Orleans, Addy vowed to visit the Crescent city “so I could understand what he was talking about.” He did so in 1984, when Odadda! made its first appearance at the New Orleans Jazz & Heritage Festival. A tour took him to Congo Square, the site in Louis Armstrong Park, where African slaves once sang and danced. Addy asked about the music the slaves had played, but no one could answer his questions.

Addy’s collaborations in the U.S. included two projects with jazz musician Wynton Marsalis, with whom the Ghanaian artist felt a strong connection. Their Africa Jazz premiered at Columbia University in 2003. They also created Congo Square, an attempt to convey the spirit of the slave music. It premiered in April 2006 in Congo Square, as a gift to the City of New Orleans in the aftermath of Hurricane Katrina. For Addy, the performance was a powerfully emotional spiritual experience. “The crowd was so responsive,” he said. “The music was still developing, but the spirit of all the artists was so strong that day. It is love that made Congo Square work. If Wynton and I did not love each other, the music would never have worked.”

Addy began teaching drumming to Westerners while he still lived in Ghana and continued in the U.S., employing a technique he devised for imparting the complex, primarily hand-drummed, rhythms to people from other cultures. He taught widely and, in 1995, became a member of the music faculty at Skidmore College in Saratoga Springs, New York.

Yacub Addy answers the question 'What was the first music you played on the drum?' Interview by Alan Govenar, Bethesda, Maryland, September 22, 2010

Yacub Addy answers the question 'How has your music changed in the United States?' Interview by Alan Govenar, Bethesda, Maryland, September 22, 2010

Yacub Addy answers the question 'What do African musical and dance traditions mean to you?' Interview by Alan Govenar, Bethesda, Maryland, September 22, 2010

Yacub Addy answers the question 'What determines the nature of your drumming?' Interview by Alan Govenar, Bethesda, Maryland, September 22, 2010