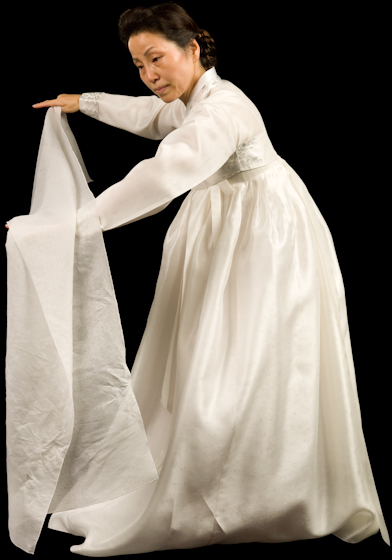 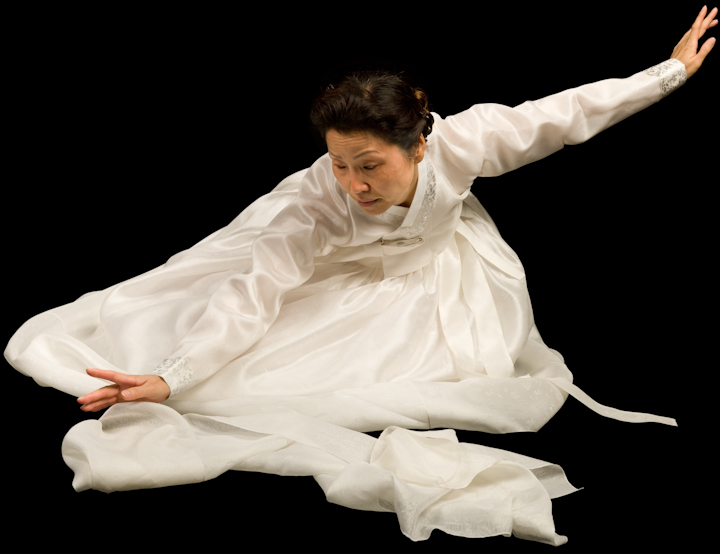 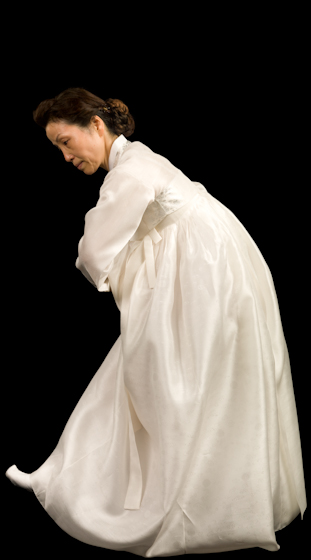 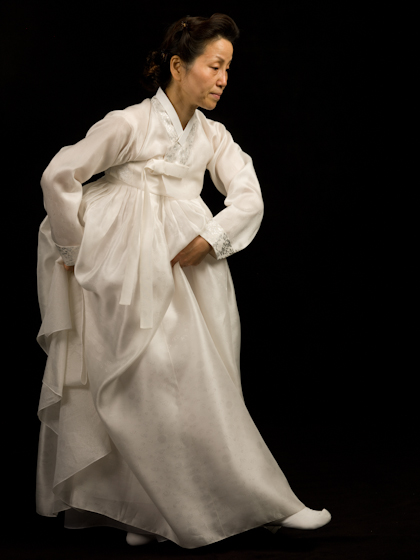 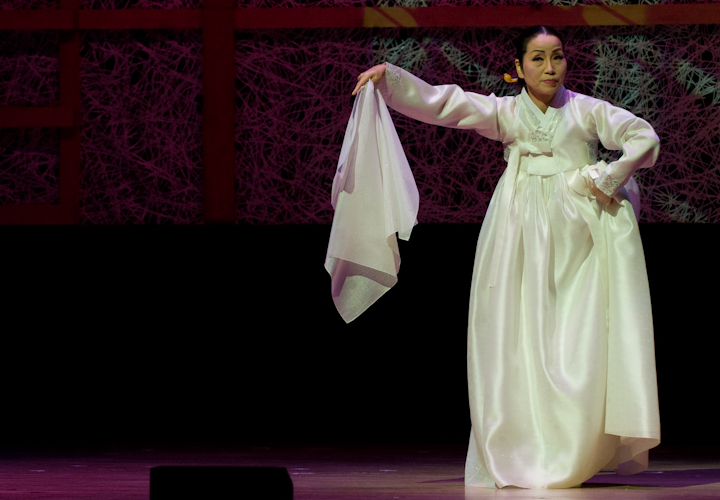 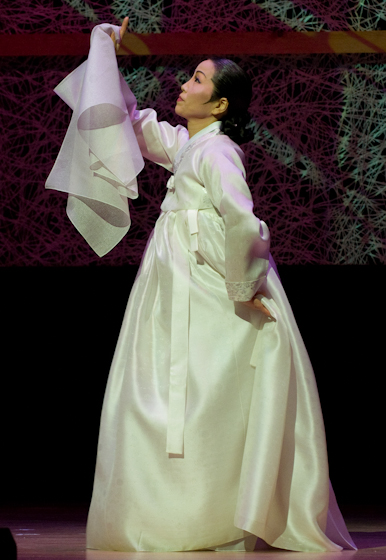 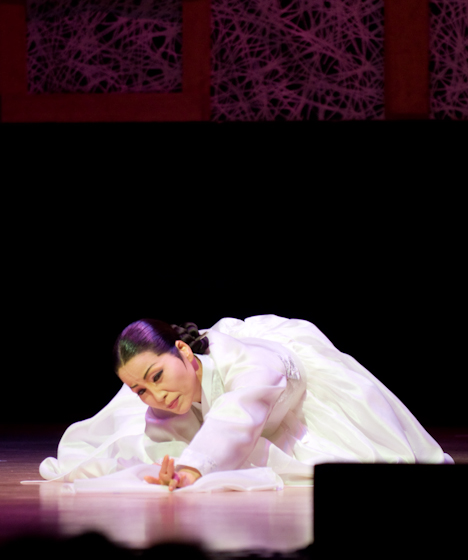 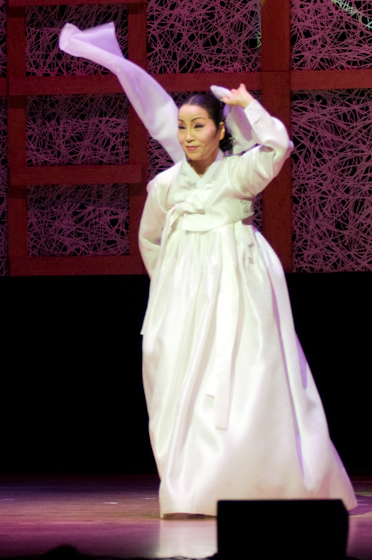 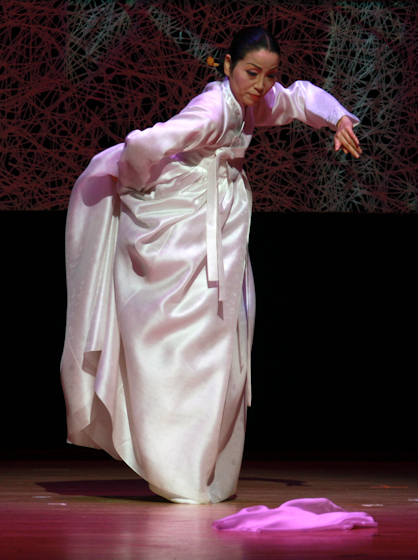 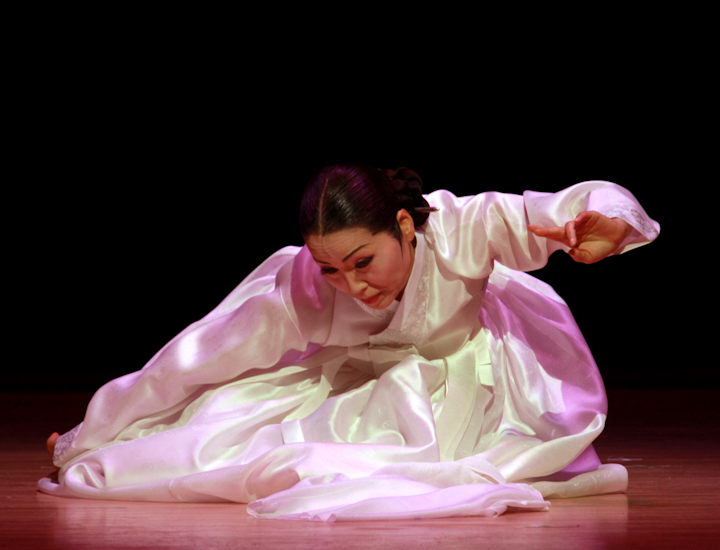 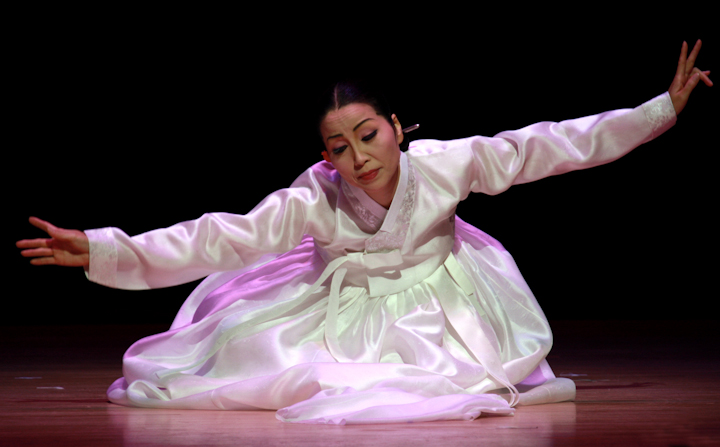 Sue Yeon Park was born on Kanghwa, an island near the mouth of the Han River in South Korea. When she was 4 years old, her family moved to Seoul, the nation’s capital. Her family was deeply involved with shamanic Buddhism, and Park became obsessed with the shaman’s dance when she was very young. She once skipped school to attend a gut, a two- or three-day ritual performed by a mudang, or shaman. The shaman sings and dances during the gut, usually accompanied by three or four musicians who are typically family members.

In the Seoul area, the gut includes a banquet followed by music and dancing. When Park was 11, she became so carried away by post-banquet dancing that she grabbed the shaman’s janggo, an hourglass-shaped drum, and danced with it. The shaman told Park’s mother that the child would become either a professional dancer or a kangshin mudang, a shaman who has no hereditary ties to the profession but receives the spirits.

At 13, after seven years of dance study, Park transferred to the academy of the well-known dancer Bum Song, a school that taught ballet and modern dance as well as traditional Korean forms. When Park was 19 she opened her own school in Seoul but continued to lead a troupe that performed at the Korea House in the Olympus Hotel in Incheon.

After a performing tour brought her to the United States, Park immigrated in 1982 and settled in New York City, where she became active in the Korean arts community. She found a mentor in So Hee Kim, a folk opera singer who had been designated a National Living Treasure by the South Korean government. He suggested that she begin a New York branch of the Korean Traditional Music Association. In 1993, she established the Korean Traditional Performing Arts Organization. She also established her own performing group, Sounds of Korea.

With Kim’s encouragement, Park began returning to Korea for weeks at a time to study Salpuri Chum, the shaman’s dance. She received instruction from another Living National Treasure, Yi Mae-Bang. Park has been honored by the South Korean government for her mastery of this form and of the seungmu Buddhist ritual drum dance. She has also received numerous honors for her service to New York’s Korean American community.

With Sounds of Korea, Park has performed widely in the United States. She has regularly taught Korean-born adopted children at Camp Friendship in New Jersey and created a program through which some of these young people travel to South Korea for intensive study.

One of Park’s nominators for the NEA fellowship said of her, “She is humble, selfless, poised and unswerving in her strength of mind to share with and teach people about Korean traditional arts.”

Sue Yeon Park answers the question 'How did you get started dancing?' Interview by Alan Govenar, Bethesda, Maryland, September 17, 2008

Sue Yeon Park answers the question 'What does the Korean dance tradition mean to you?' Interview by Alan Govenar, Bethesda, Maryland, September 17, 2008