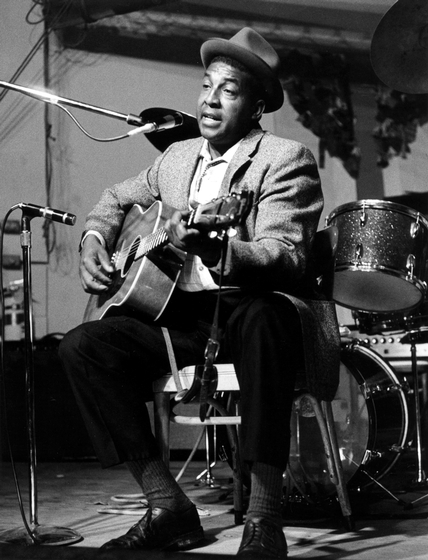 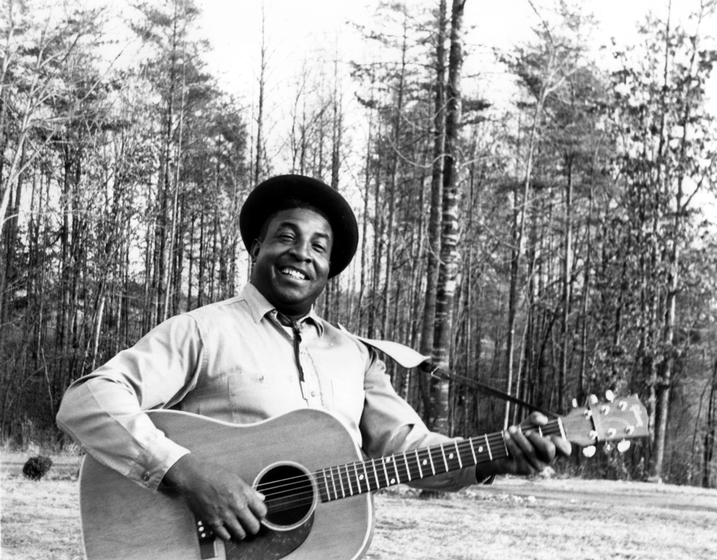 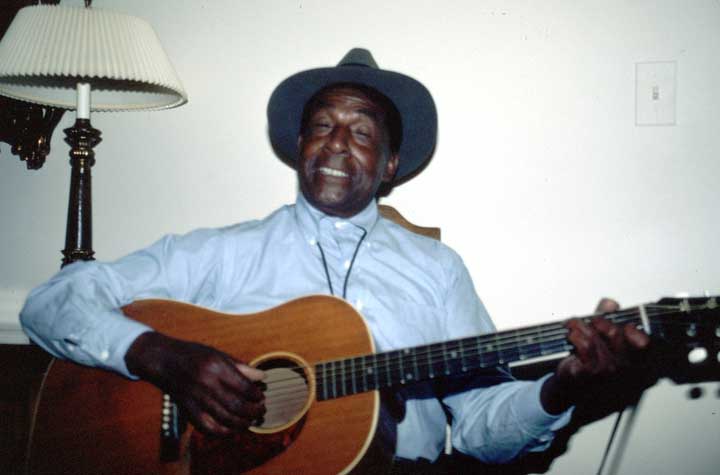 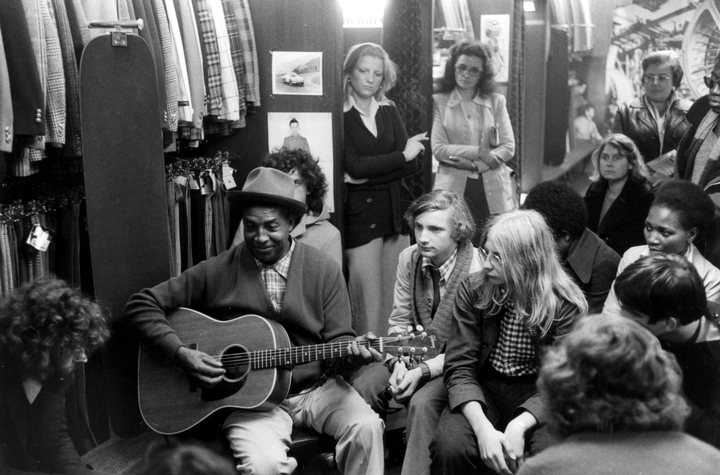 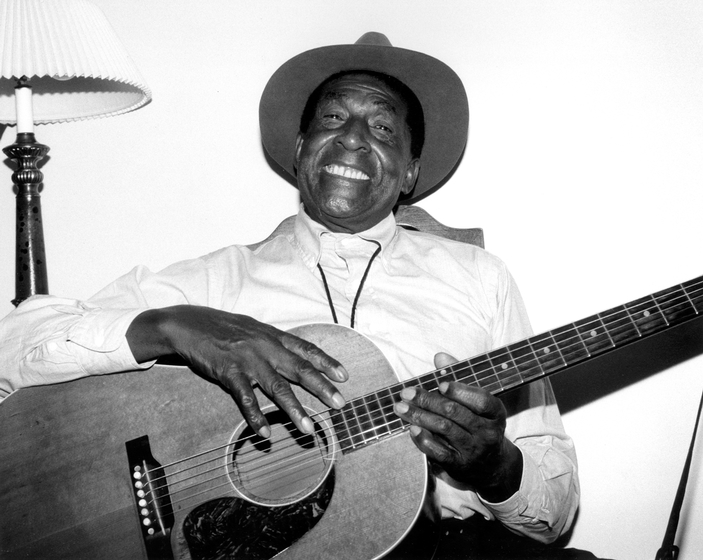 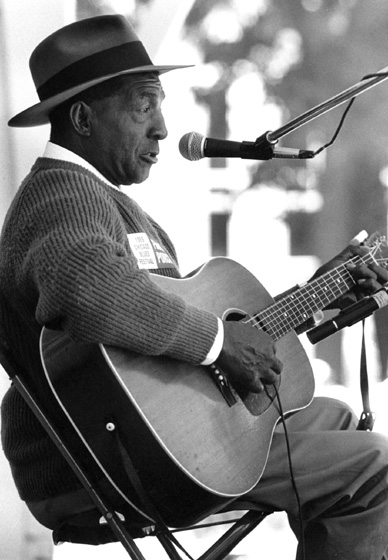 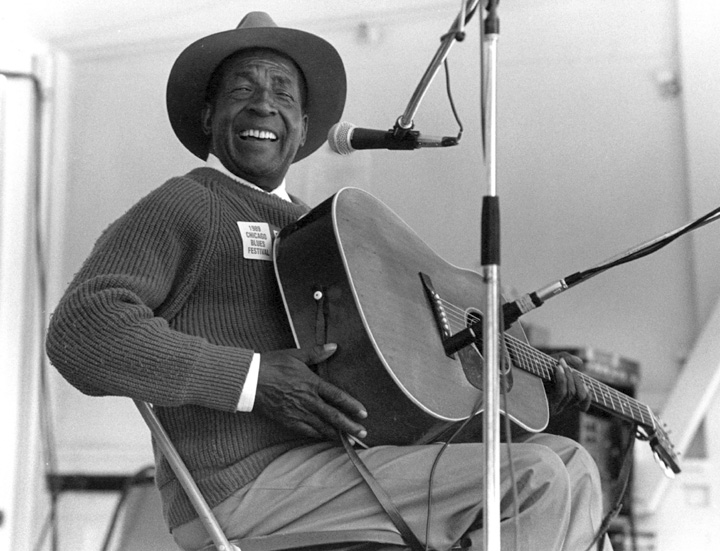 John Jackson's father was a tenant farmer on a former plantation in Rappahannock County, Virginia. Jackson and his thirteen brothers and sisters grew up helping out with the farming, cutting timber, herding cows and doing whatever was needed to support their family.

Both of Jackson's parents played music and sang, actively participating in the rural dances, house parties and church meetings that were held near where they lived. At the age of 4, John began to play guitar on his father's $4.98 flat-top instrument, teaching himself by practicing and watching the other musicians he saw performing at local gatherings. A year later, his father bought a second-hand Victrola from a man who traveled house-to-house in a horse and buggy and sold records. Jackson said his father bought most of the blues and country records of the day, and when he listened to them at home, he was especially impressed by the music of Blind Lemon Jefferson, Blind Blake and Blind Boy Fuller. In addition, he listened to the recordings of Jimmie Rodgers and Ernest Tubb, as well as a wide range of gospel, ragtime and country hymns.

Jackson stayed on his parents' farm until he was 25 years old and already had a young wife and a family of his own. He then moved with his wife and children to Fairfax, Virginia, where he was able to get a job on another farm, but he had to supplement his income with occasional jobs such as chopping and hauling firewood and digging graves.

Although he continued to play guitar and sing the blues, Jackson never had his own guitar until 1960, when a friend sold him an old Gibson. "I never did make money at playing," Jackson said, "I just done it for my own pleasure, playing for parties and dances, some social gatherings, things like that. Sometimes somebody would pay me two or three dollars, but very seldom."

Given the demands of family life and the tiring work of his day jobs, Jackson had little interest in pursuing a career as a musician, but in 1962 he began to reconsider his options. "I came in from work one day and there was a bunch of kids in my yard playing ball," he said. "They got tired of playing ball and asked me to get the guitar out and play 'Walk Right In,' a song that was such a big hit. And they would whip dance, Elvis Presley style. So, I got the guitar out and they were dancing and the mailman brought the mail down the street. He heard me playing and he dropped the mailbag and said, 'My goodness, I been trying to learn that song, would you please show me how you play it?'"

Jackson was a little embarrassed at the attention and kept putting the mailman off, but the mailman was persistent and asked him to come to the gas station where he worked part-time at night. "I went up there," Jackson said, "and I was trying to learn him how to play it and this man drives in for gas. Well, I don't know who he was, and he come running around the back of the station, wanting to know what we was playing. I told him, 'Nothing.' And he kept asking me, so I played him Mississippi John Hurt's 'Candy Man.' He asked me where did I learn that, and I said off a 78 (rpm) record."

The man at the gas station was folklorist Charles Perdue, who not only took Jackson the next night to hear Mississippi John Hurt playing at a folk club nearby, but also championed his playing and helped establish him as a professional musician.

Jackson toured widely across the United States and abroad, making numerous recordings, playing his distinctive Piedmont guitar blues and also performing on the banjo. He was one of the few African American musicians to play the blues on the banjo, which he learned growing up in the rural Piedmont region, though he never owned his own instrument until later in life.

John Jackson performs 'All The Devil He Was,' Washington, D.C., 1994, recorded by Alan Govenar