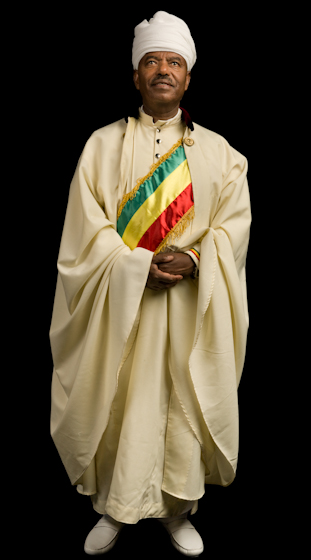 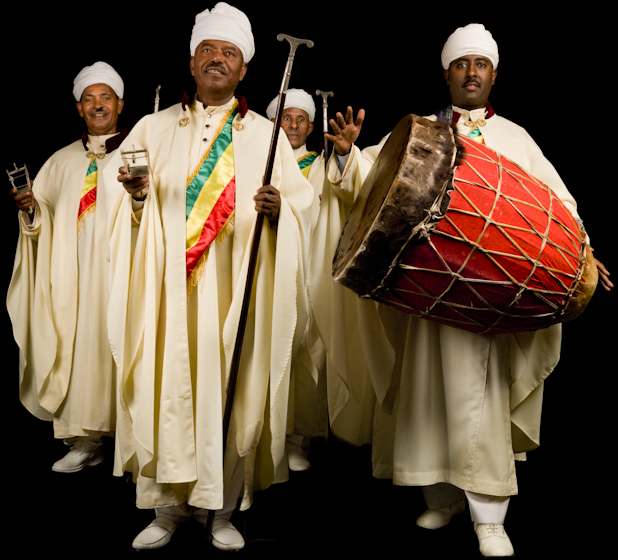 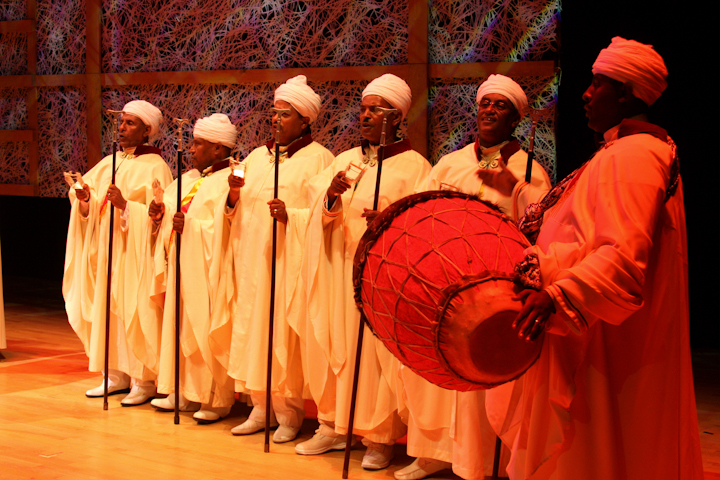 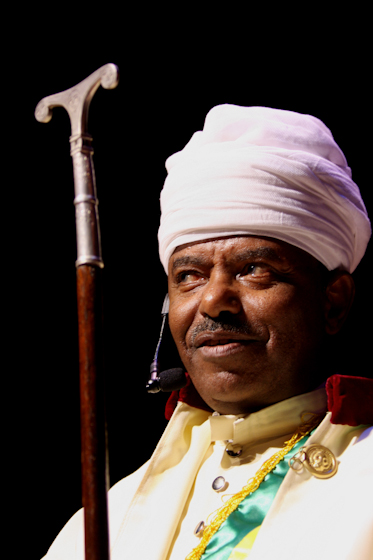 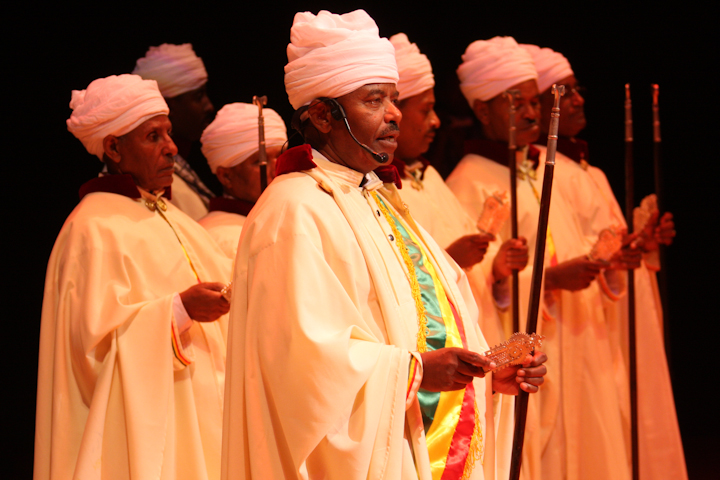 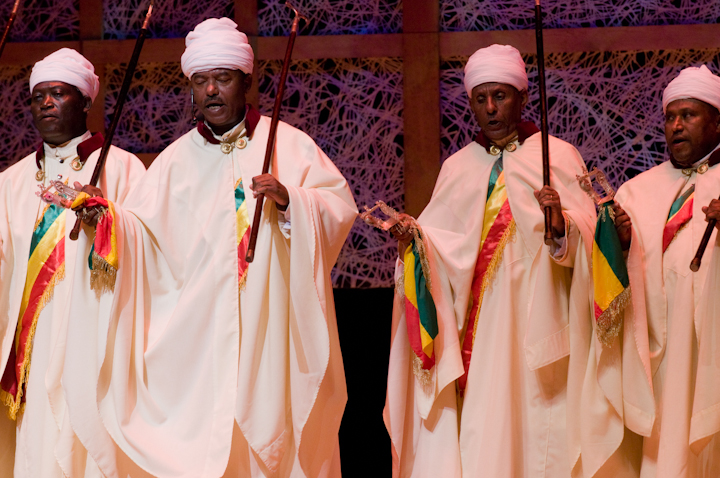 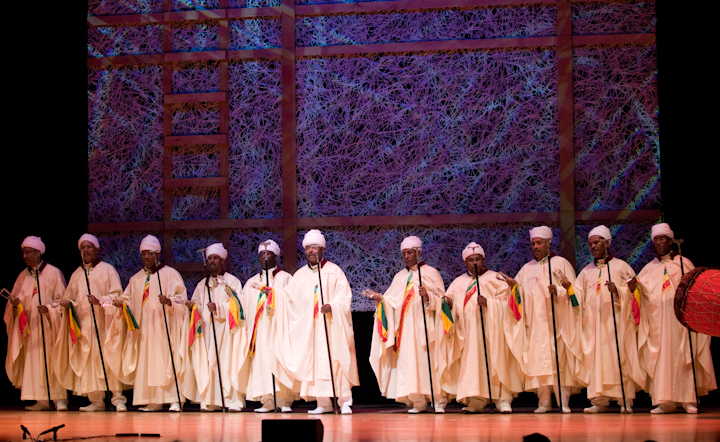 Moges Seyoum, born in the mountainous Shewa region of central Ethiopia, was the son of an accomplished church musician. Beginning when he was 8 years old, Seyoum studied music at traditional church schools. As well as becoming an accomplished singer, he mastered the various genres of Ethiopian Orthodox Christian chant, sacred dance and instrumental practices. In his late teens, in 1966, he was honored with the title of qanygeta, “the leader of the right-hand side,” leading one of the two choirs that alternate in singing plainchant. The late Emperor Haile Selassie presented Moges the Kaba, an honorary black sash that he wears when he performs the liturgy on major holidays.

After a decade in Greece, Seyoum arrived in the United States in 1982. He has become an important figure in the Ethiopian community in Alexandria, Virginia. While working long hours at two jobs, he leads services at the Debre Selam Kidist Mariam Church in Washington, D.C., that draw as many as 2,000 people. He sings almost continuously and dances intermittently during these services, which can last for hours and involve the use of massive hand-struck drums.

Seyoum has become one of the world’s leading experts in the complex songs and chants used in his church and sings from memory the entire Ethiopian Psalter (Dawit) and other liturgical books. He also is an authority on the Ethiopian Christian system of musical notation, Africa’s only indigenous system of music writing, and a master of a style of sacred dance and of the movements of the ornate brass-handled prayer staff used in services. Despite his demanding schedule, he also leads weekly classes in church traditions and continues his own studies. He has written a monograph in Amharic on the teachings and music of Saint Yared, who founded the Ethiopian Christian musical tradition in the sixth century. Seyoum is credited with the growth of his church, which began in 1987 with a handful of members. And in 2006, he recorded and published six CDs of the complex liturgy.

Kay Shelemay, a Harvard University professor and ethnomusicologist who nominated Seyoum for the NEA honor, said of him, “There is no simple thing he does. He is an immigrant, and he is struggling to have a home and to keep body and soul together in a new country. And then he has really established a wonderful musical liturgy at his church.”

One of Seyoum's students, Belilign Mandefro, said, “There are so many things we miss from Ethiopia.” Seyoum's singing, he said, “is a reminder. This is a moment when you are really taken back to your roots.”

The first wereb for the annual cycle from 'Yeametu Werebock' (Annual Werebs), published by LM Moges Seyoum 2006. (Wereb is a special section of the Ethiopian liturgy, when the last verse of a hymn is sung repeatedly with increasingly intense instrumental accompaniment and dance.)

Moges Seyoum answers the question 'How did you get started as a chanter in the church?' Interview by Alan Govenar, Bethesda, Maryland, September 17, 2008