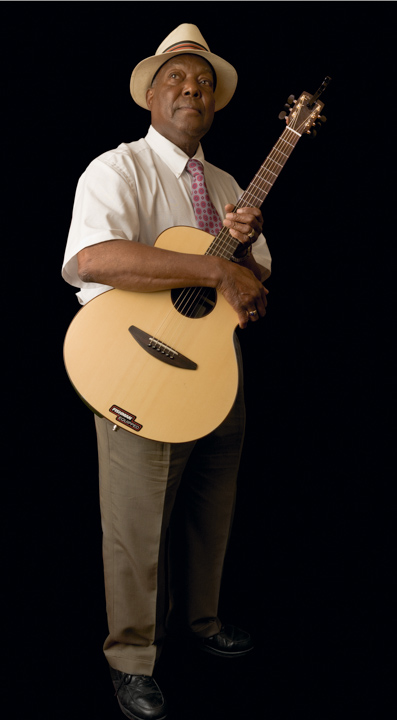 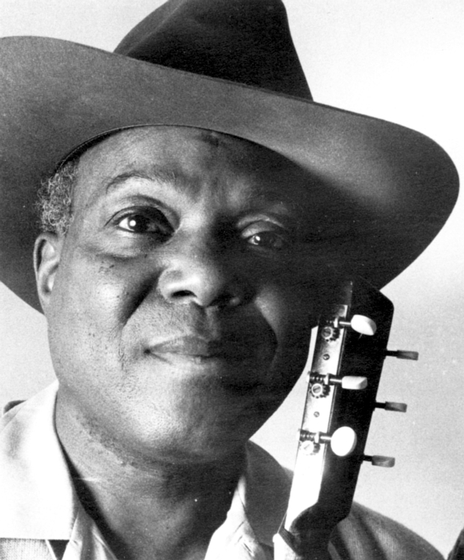 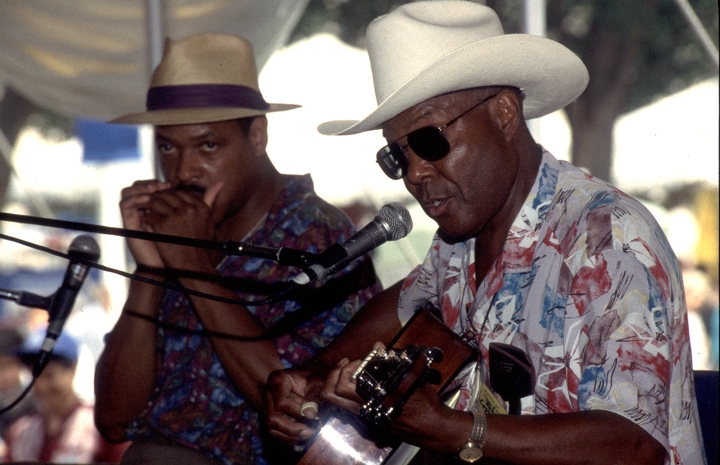 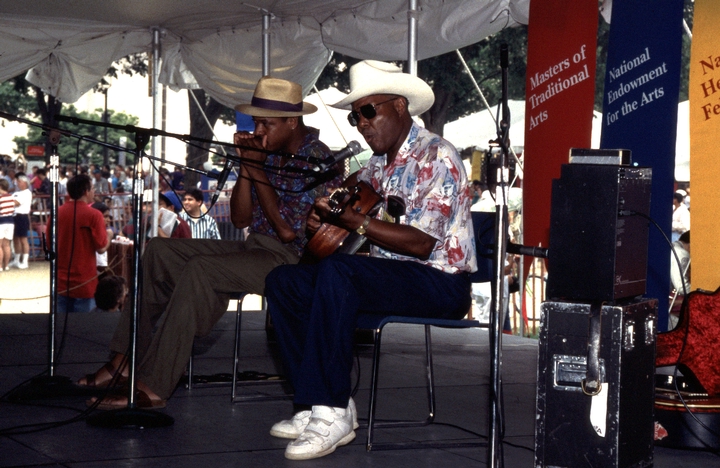 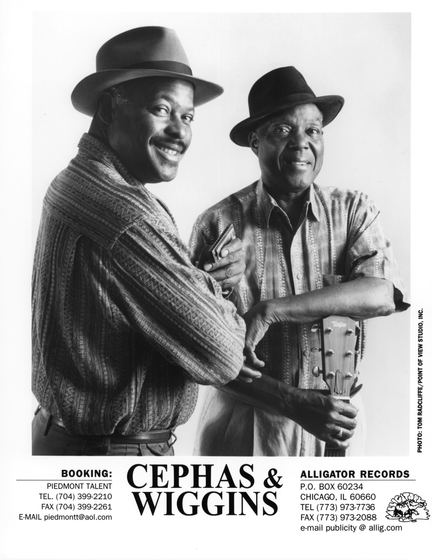 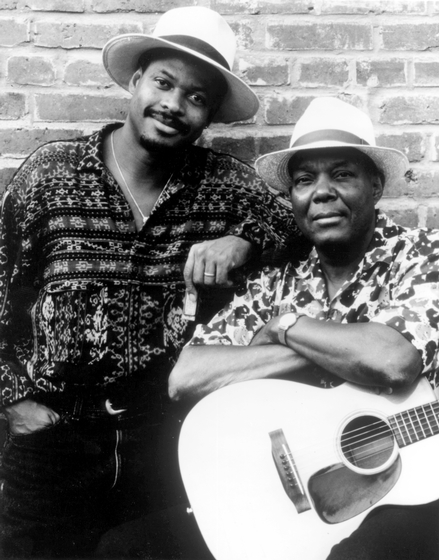 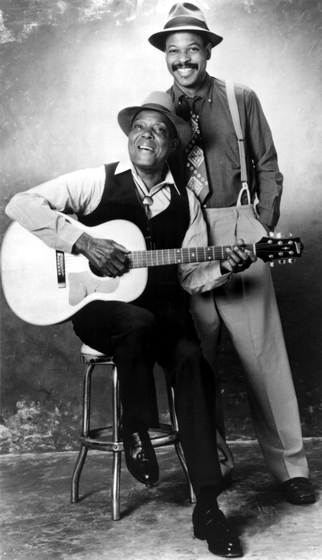 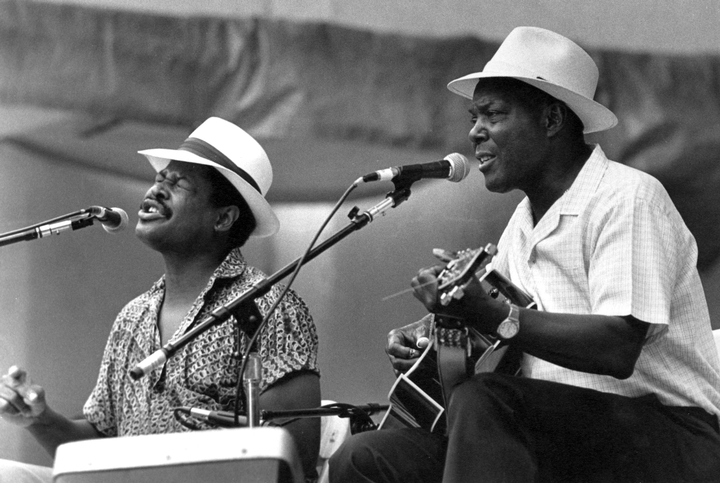 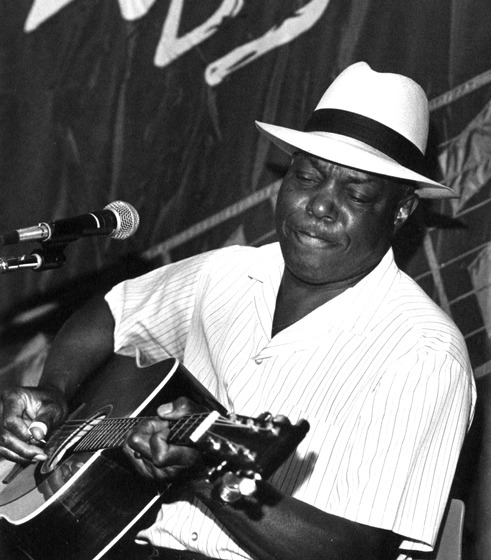 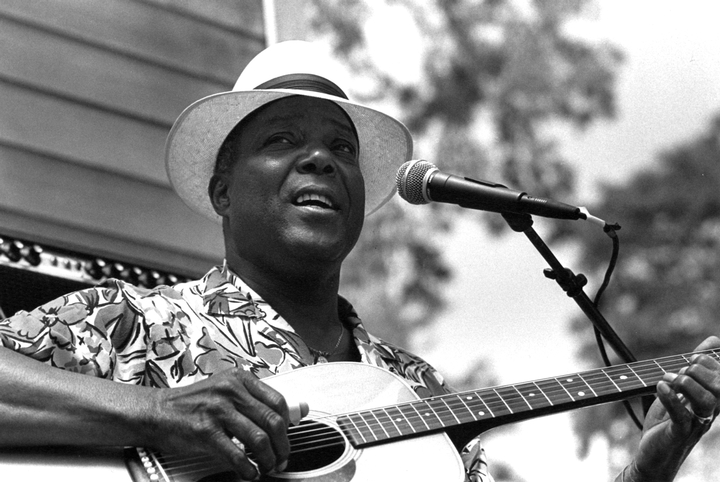 John Cephas was born in the Foggy Bottom area of Washington, D.C. His father was a Baptist minister, and he started singing in church. "My mother used to go to church," he said, "and she would have us up in church singing. Most of the time we would play in church. My brother and I were a duet. We sang with no accompaniment."

Cephas' father owned a guitar, and the boy began to play this instrument on the sly. Although his parents disapproved of the blues in principle, they tolerated his interest. "I don't think they had any bad feelings about me playing the blues or wanting to play blues. I don't feel they were against that, but going into places like speakeasies, bars and restaurants and houses of ill-repute ... I was always warned about places like that."

Growing up, Cephas listened to 78 rpm recordings of the African American musicians who preceded him. He was especially influenced by Blind Boy Fuller, Reverend Gary Davis and Blind Lemon Jefferson, and early on his aunt Lillian gave him pointers on the guitar. His cousin David Talliaferro, one of the best guitar players in Caroline County, Virginia, helped him to refine his playing and taught him the Piedmont fingerpicking style. Piedmont style, Cephas said, involves an "alternating thumb and fingerpicking where I keep a constant bass line going with my thumb. I pick out the melody or the words I'm singing with my fingers on the treble strings at the same time. It's almost like the guitar is talking, mimicking your feelings or the words to the songs, and that steady accompanying bass gives it a jumping rhythm, a loping sound."

As Cephas matured, he was invited to play at local house parties and dances in Caroline County. Performing with friends became a lifelong pastime, and it was at a birthday party in the 1970s that he was heard by the late Big Chief Ellis, a prominent barrelhouse piano player, who asked Cephas to play professionally with him. Later, Ellis added James Bellamy, an electric bass guitarist, to his ensemble, as well as a young African American harmonica player, Phil Wiggins. After Ellis died, Cephas and Wiggins continued playing together, traveling across the United States and abroad, to Africa, Asia, South and Central America, and the Soviet Union. In 1996, Cephas and Wiggins won the W. C. Handy Award for the Best Traditional Album of the Year and were also named Blues Entertainers of the Year. In 1988, Cephas received a Washington, D.C., Mayor's Arts Award.

Until the late 1980s, Cephas supported himself as a carpenter, playing his music and performing in his free time. In the 1990s, he began to sustain himself as a professional musician, sometimes teaching classes and workshops. He was committed to passing along his skills and repertoire to the next generation, even though the audience for his music had changed. "When I first started playing, the blues was very popular, but mostly with the black folk. But then for a time, the type of blues that I play -- it kind of died out among black people ... because some of the younger people were coming up and they were playing more hip songs, so to speak, jumping songs, upbeat stuff.... The real raw blues just about died out ... I think they just got out of touch with that type of blues. There are some young people into it, but very few, very few. It's mostly white students. They're more interested in that type of blues. It takes a special type of black man to play that kind of blues today and really feel it. You see, the black man's blues has a lot of feeling. It's very profound...."