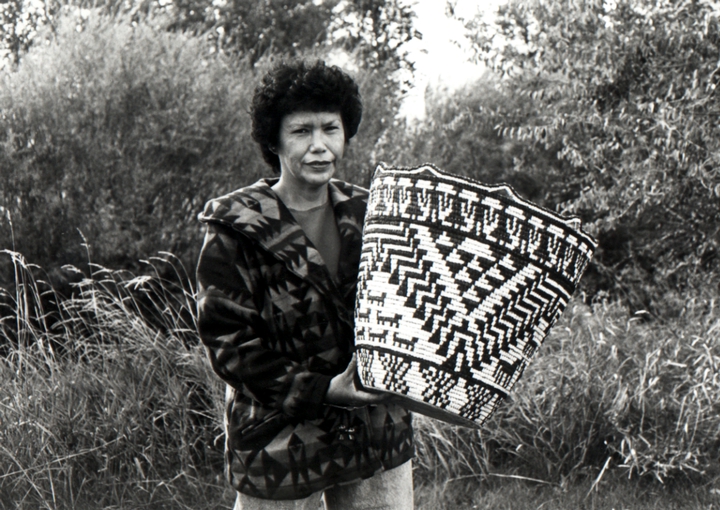 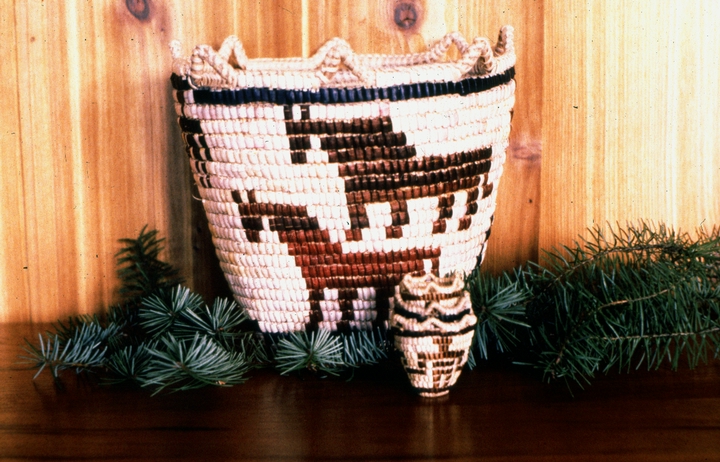 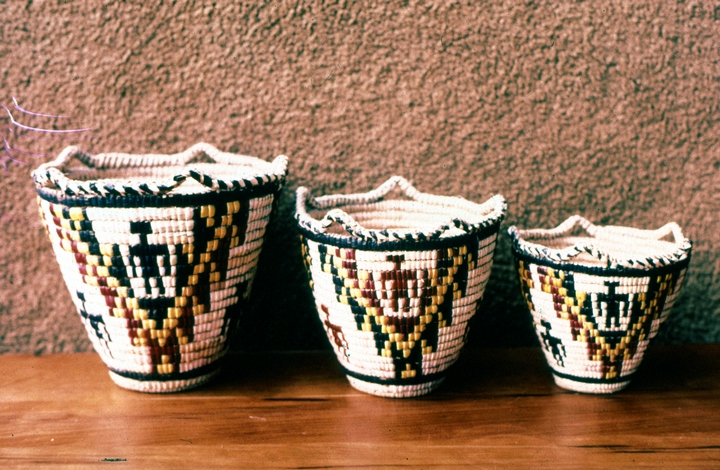 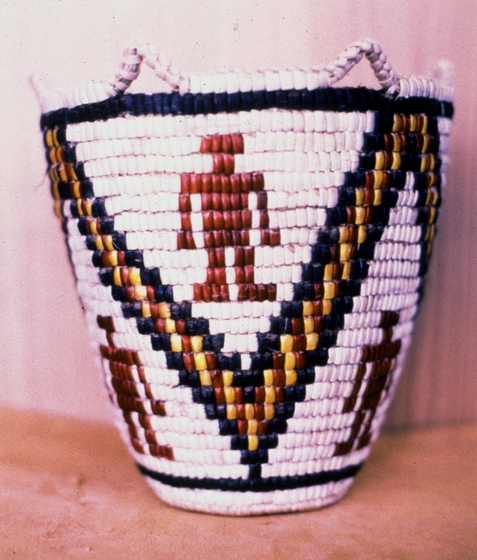 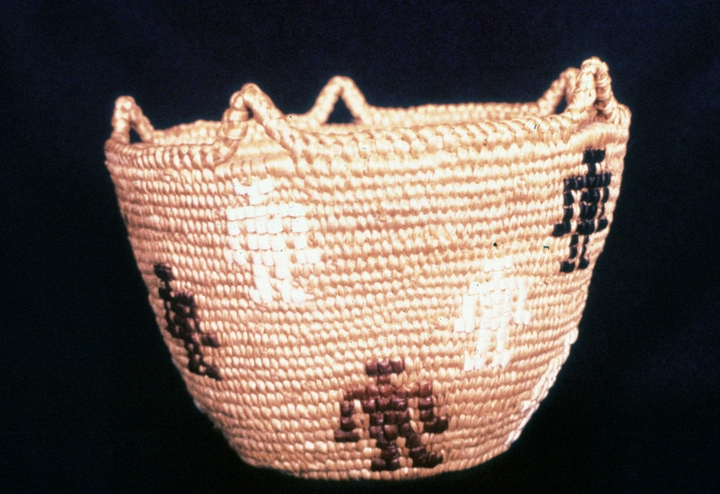 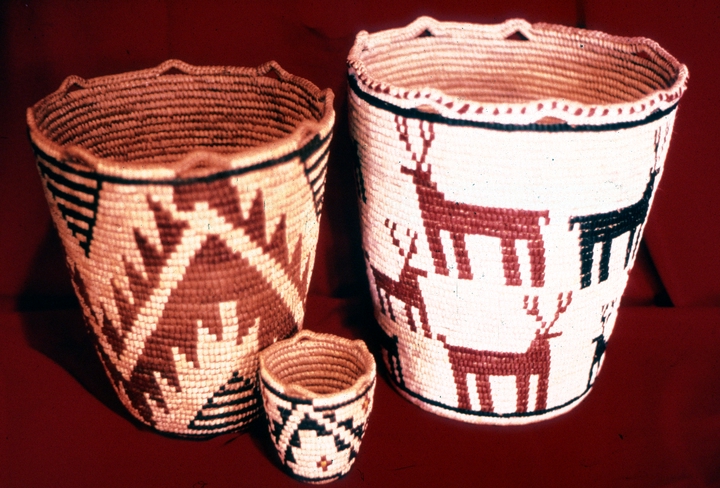 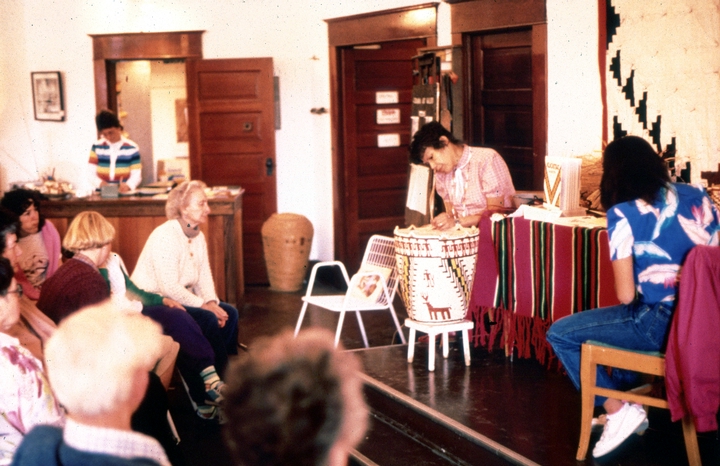 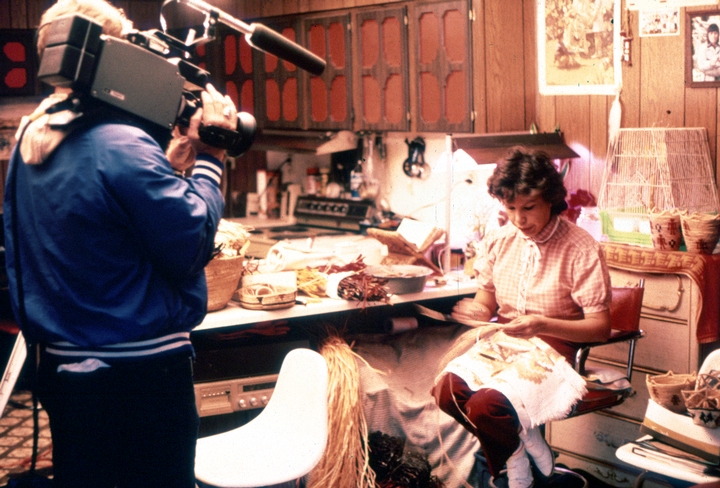 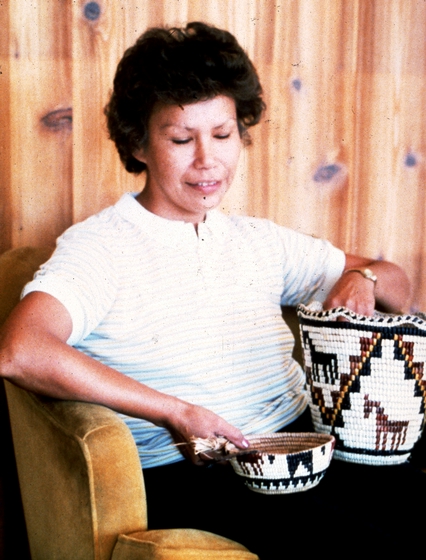 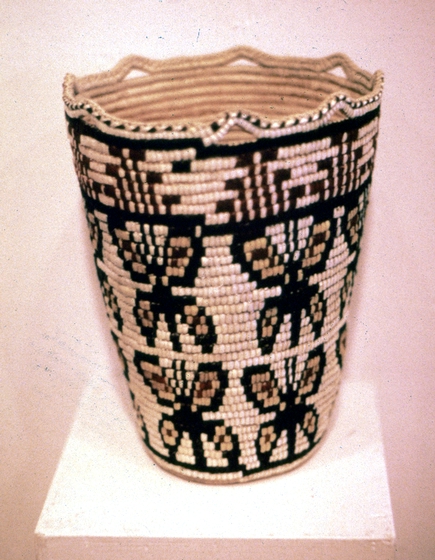 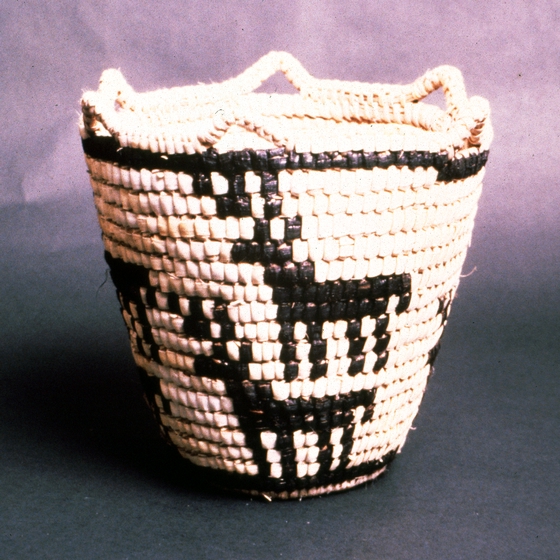 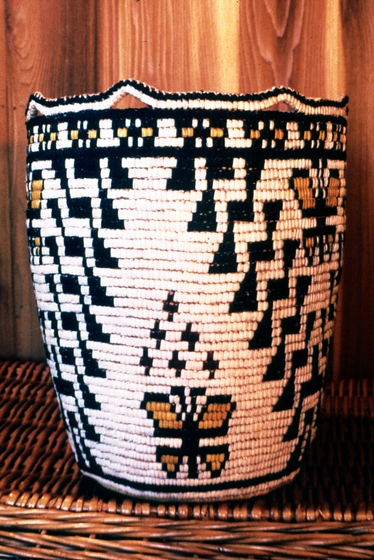 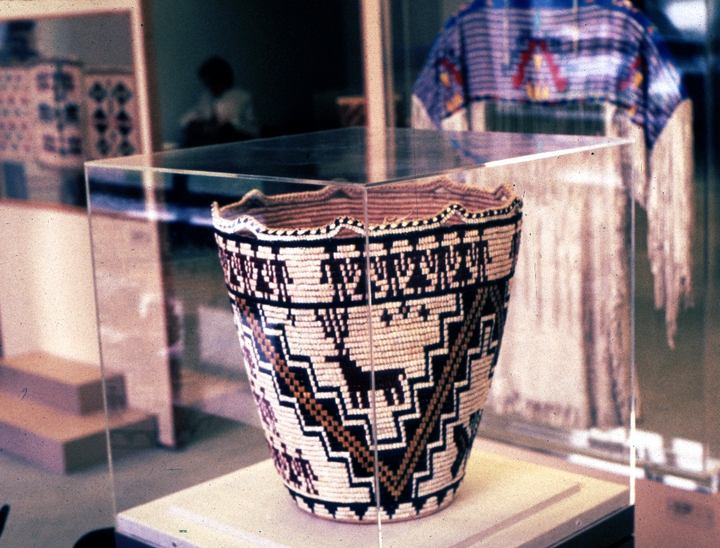 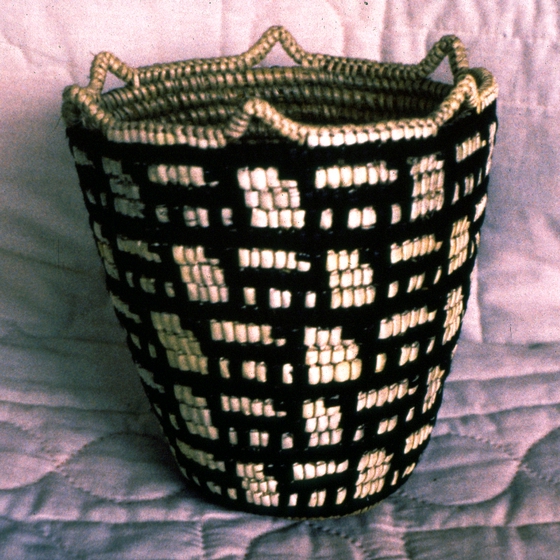 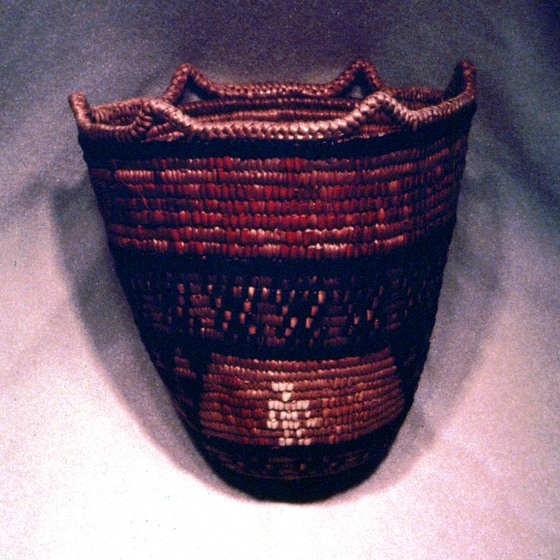 Nettie Jackson spent most of her early years around accomplished basketmakers. Every summer until she was 12, she lived with her Klickitat grandmother, Mattie Spencer Slockish, who was a skilled basket\maker. Later she watched her mother-in-law, Elsie Thomas, make baskets, using native materials and creating traditional shapes. Jackson was inspired by these women and by her mother's wish, before her death in 1972, that her daughters take up their tribal traditions. Jackson took up the craft, putting to work what she had learned in years of observation.

Her effort and commitment paid off. Jackson, who lived until her death in White Swan, Washington, is recognized as one of the most skilled and creative basket makers among the Klickitat, a people of the Yakama Nation. She continued the old methods of gathering beargrass and splitting roots of the Western red cedar to make beautiful coiled baskets. Her baskets range from small to the 10-gallon size.

Like her mother, Jackson waned to ensure that younger people did not lose sight of their heritage. She organized classes in beadwork, featherwork, and basketweaving. She studied historic baskets in order to reconstruct ancient designs, braiding patterns and imbrication, which is an overlapping of edges. "I work on baskets every day," she said, "but when I start a new design or a big basket, I am consumed with weaving. I work night and day until I get an idea out. It is always a challenge to see if a design will work."

Jackson is admired in the Northwest as an extraordinary artist, cultural conservator and mentor. Her work is displayed in museums throughout the region, and she coauthored the book The Heritage of Klickitat Basketry: A History and Art Preserved. She was featured in the award-winning 1989 film ...And Woman Wove It in a Basket, received a Washington State Governor's Arts and Heritage Award in 1992 and served as a master artist in the state arts commission's apprenticeship program. She passed her skills to three of her children and her sister to ensure a future for her family and tribal tradition.

Nettie Kuneki Jackson answers the question 'How did you get started making Klickitat baskets?' Washington, D.C., 2001, recorded by Alan Govenar