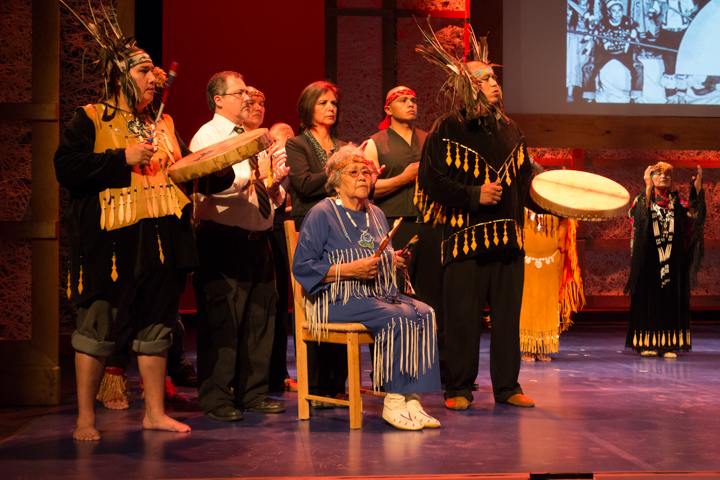 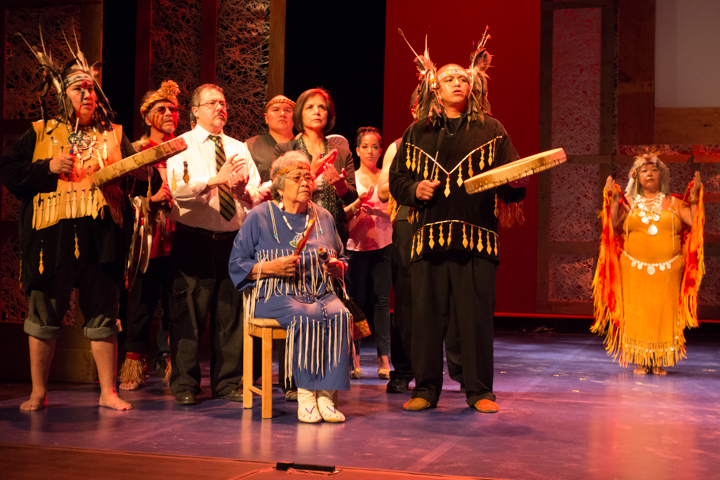 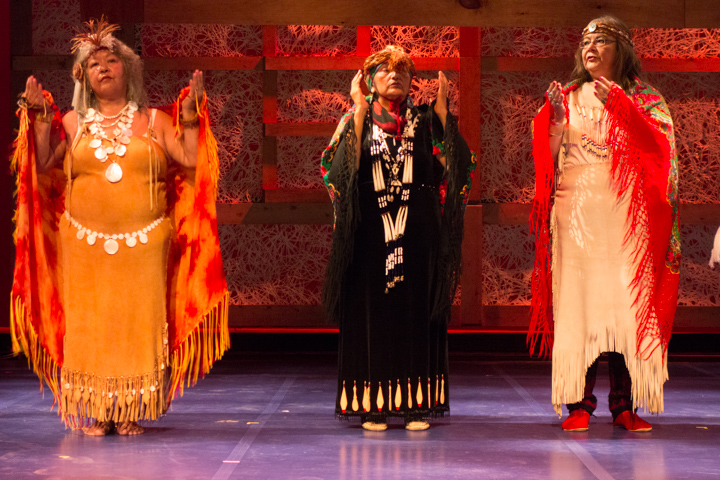 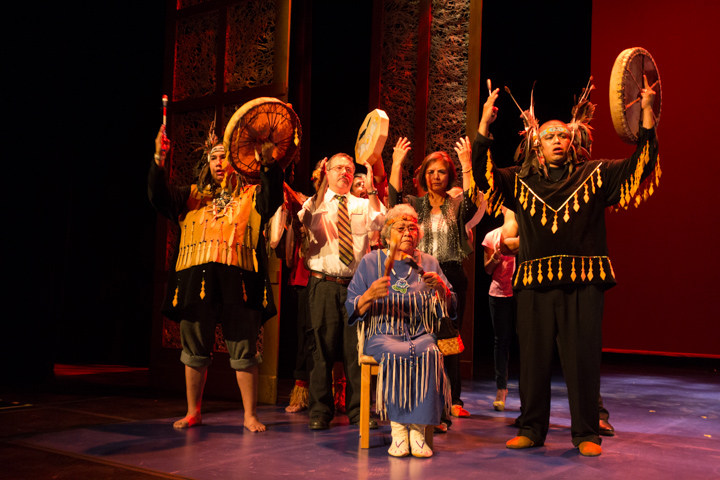 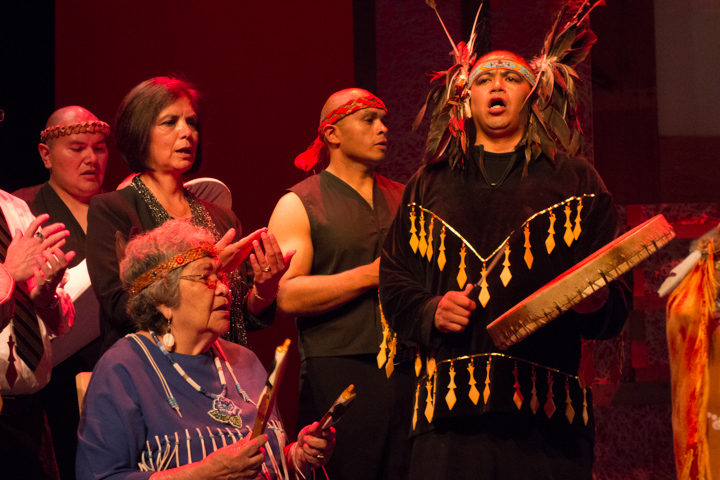 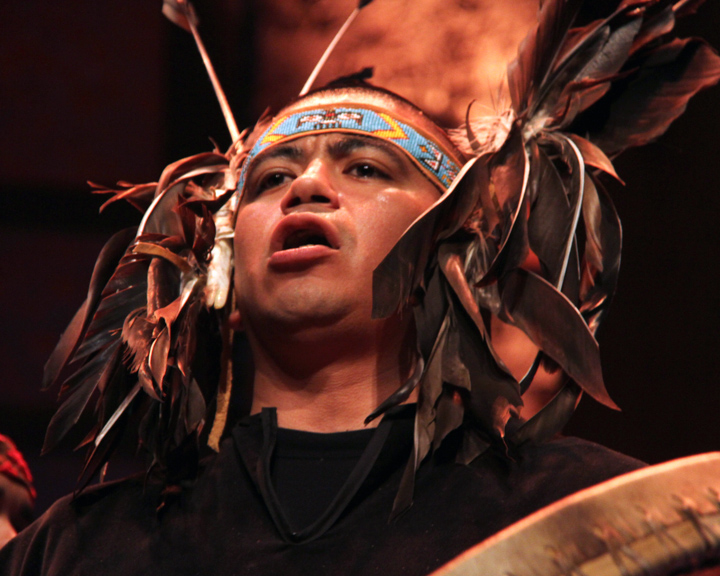 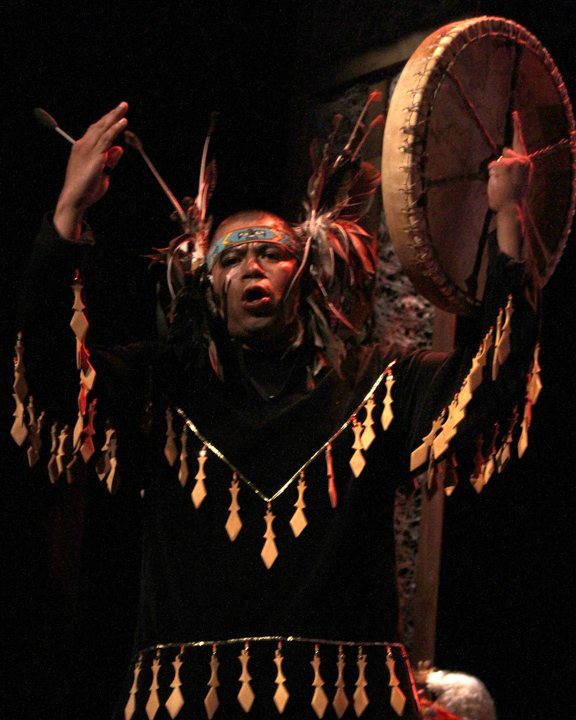 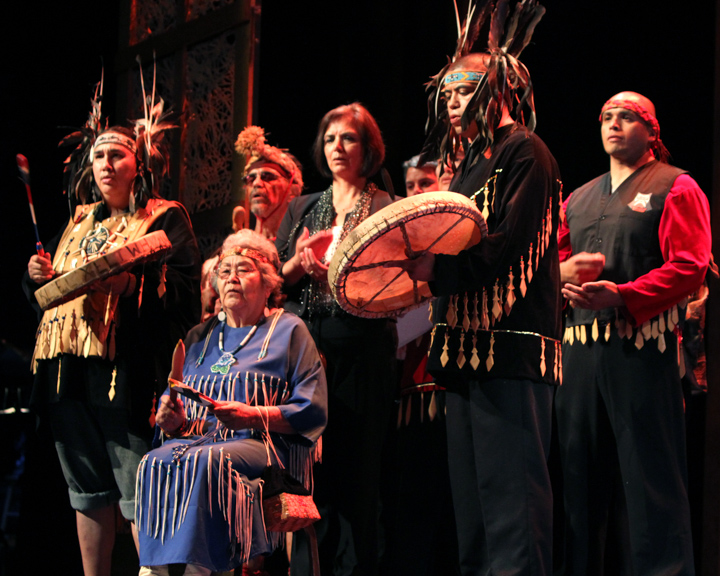 At an early age, Pauline Hillaire was sent to live with elders of the Lummi Nation, or Lhaq’temish – “People of the Sea.” She learned the arts, traditions, stories, songs and dances of her people, who inhabit Washington state’s coast. Her grandfather, Frank Hillaire, was the tribe’s last chief and a spiritual leader. Her father, Joseph, was renowned for his oratory and his skill at carving totem poles. Her mother, Edna Hillaire, taught her basketmaking and songs. Hillaire is known as Scälla, or “of the Killer Whale.” As her grandson Ben Covington explained to an NEA interviewer, this does not have a negative connotation; instead, it’s a family name honoring the killer whale as a protector, a pillar of the sea.

Hillaire has made it her life’s work to preserve her tribal traditions through educating both Natives and non-Natives. She has continued the work of the Setting Sun Dancers, a group founded by her grandfather that has performed for more than a century, both in the Northwest and nationally, at tribal gatherings and public institutions. She has taught at the Northwest Indian College and at public schools, museums and cultural organizations. Among her numerous honors are three apprenticeship awards from the Washington State Arts Commission and the 1996 Governor’s Heritage Award. In 2005, the Seattle Art Museum recognized her role as a tradition bearer and featured her work in an exhibit, “Song, Story, Speech: Oral Traditions of Puget Sound’s First People.”