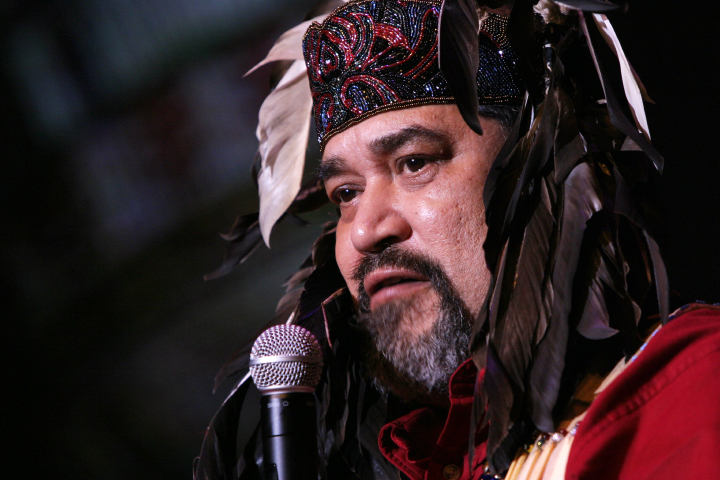 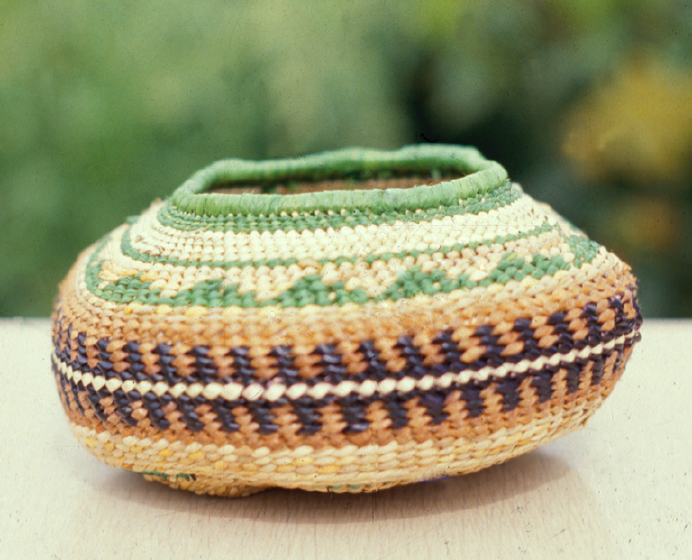 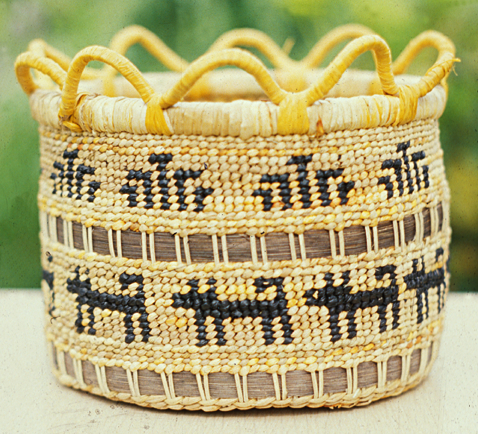 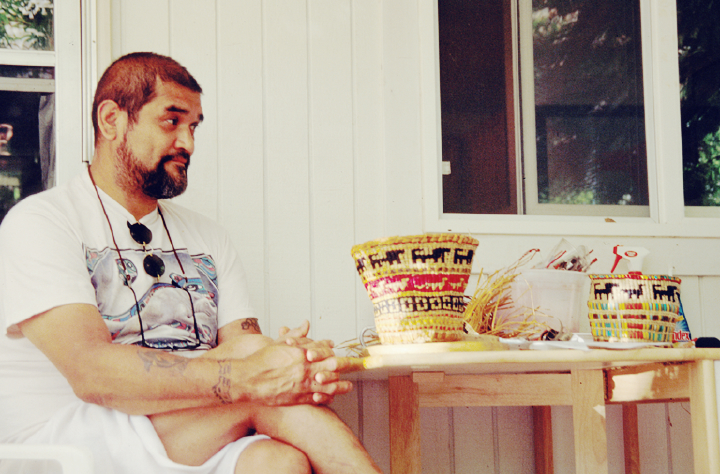 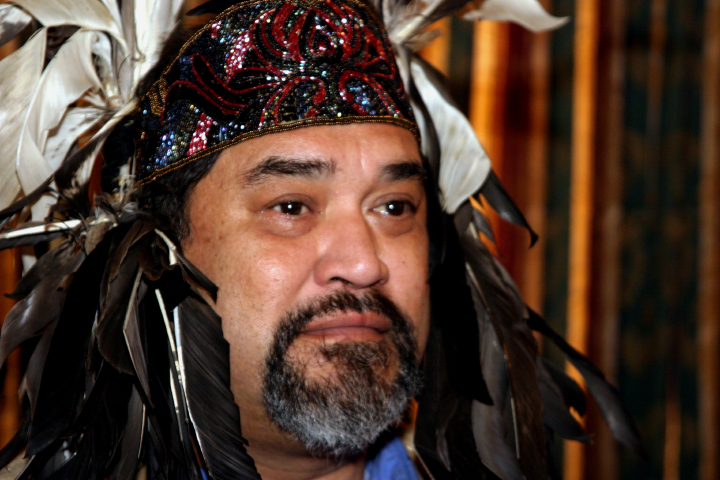 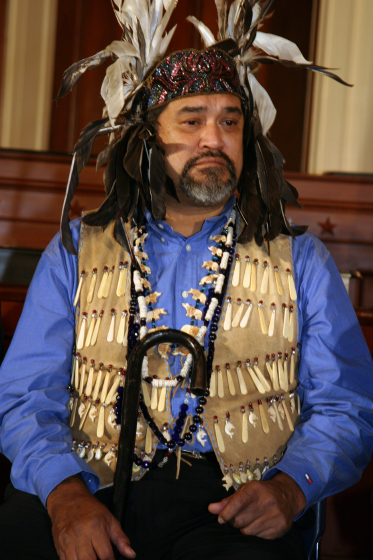 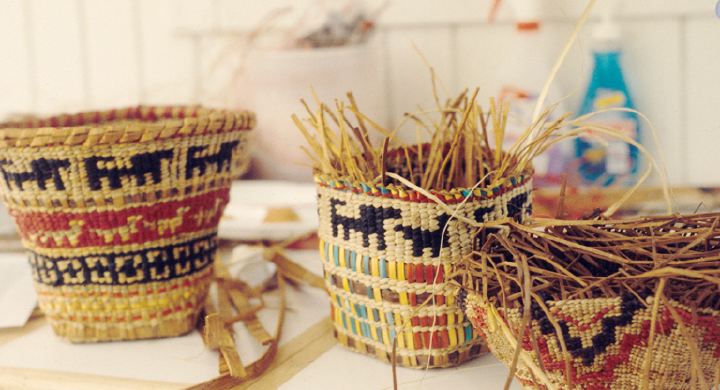 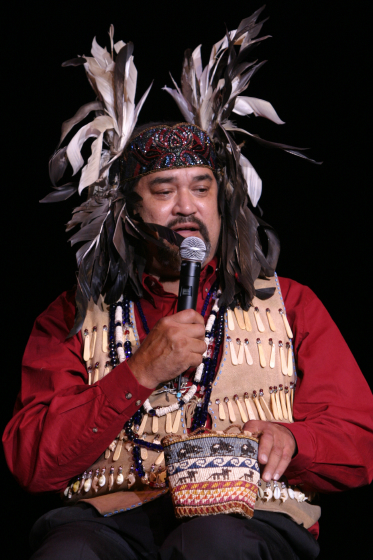 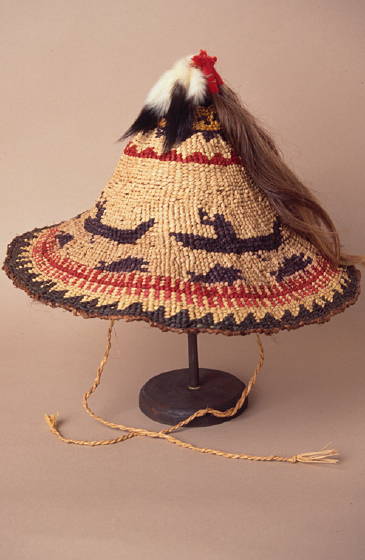 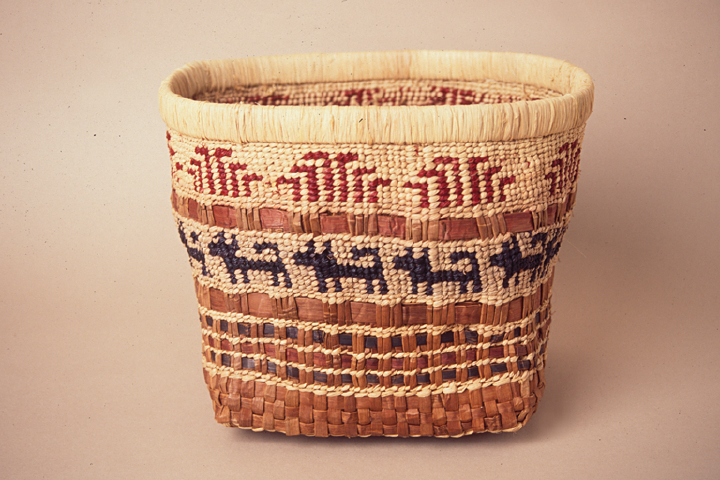 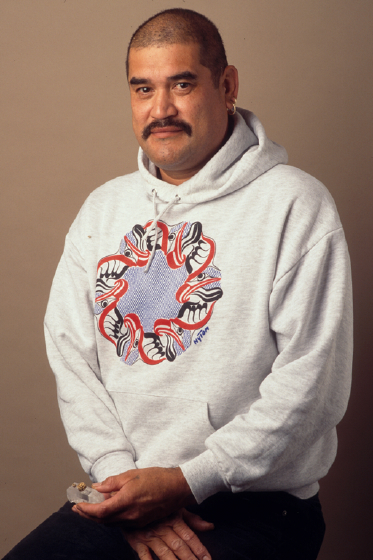 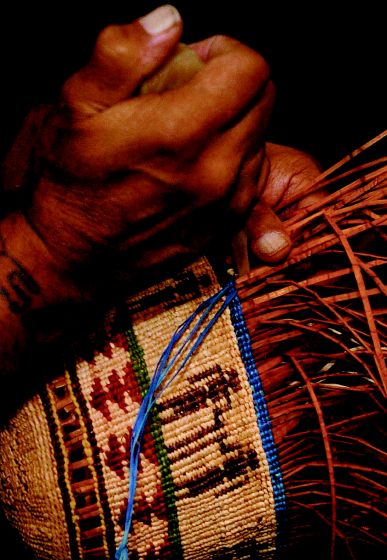 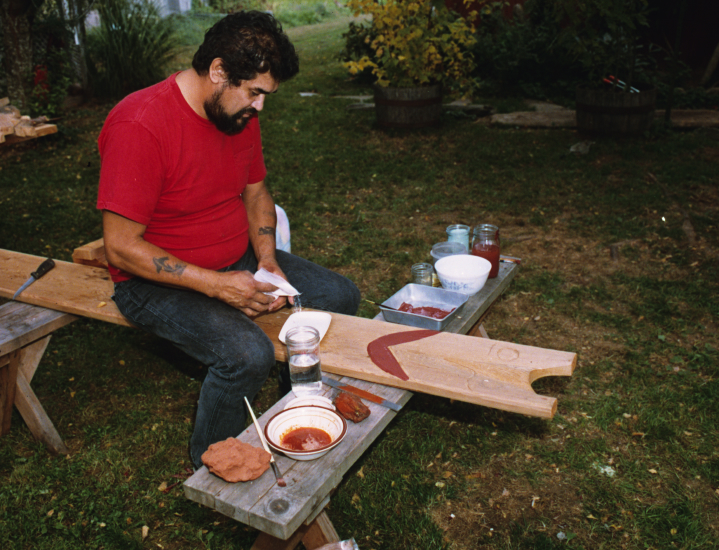 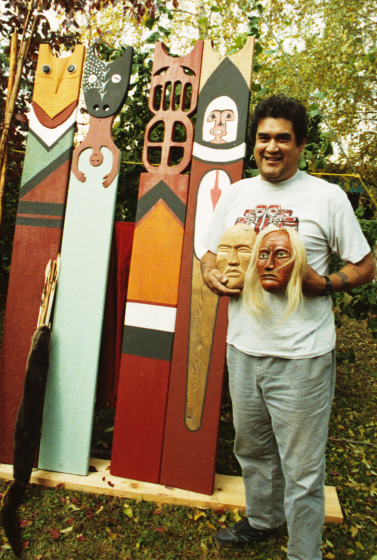 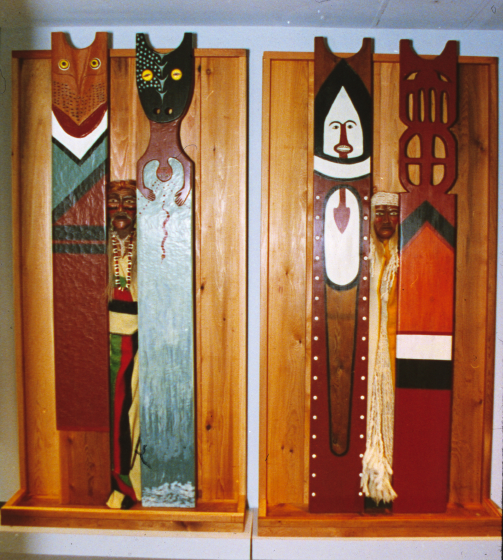 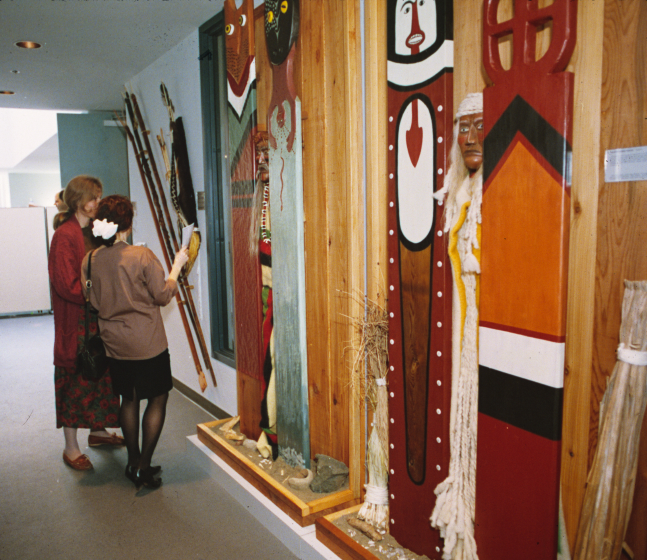 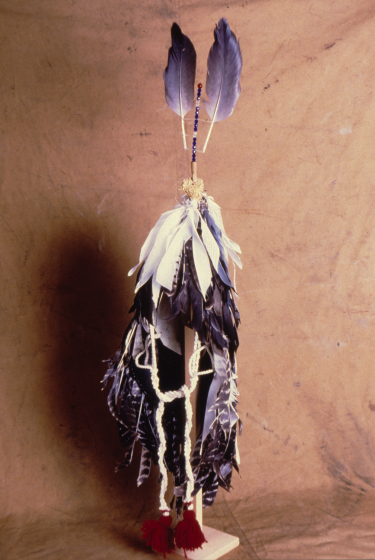 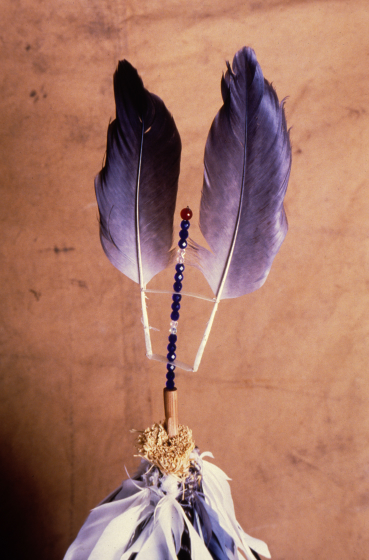 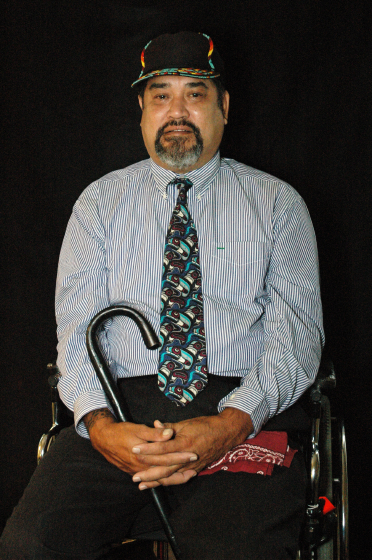 Gerald Bruce Miller was the youngest of fifteen children born to Georgianna and Fred Miller on the Skokomish Indian Reservation in the Puget Sound area of Washington state. While growing up, he was influenced by his grandparents and great-grandmother, who recalled many of the old ways. His name in the ancestral Twana language is Subiyay, pronounced So-be-yea.

After graduating from high school in the nearby town of Shelton, Miller studied at the Institute of American Indian Arts in Santa Fe, N.M., and at schools in California and Washington. He was drafted into the Army in 1967 and served two tours in Vietnam, receiving an Army Medal of Commendation for Meritorious Service. After leaving the service, he returned to the reservation and continued studying with tribal elders.

In 1971, the Skokomish Tribal Council named Miller director of the first cultural program for the tribe. He designed adult education programs and the Early Indian Child Education Project, which approached education from an Indian perspective. He left the reservation to teach at the Institute of American Arts in Santa Fe, where he had studied earlier. Then he joined the Native American Theater Ensemble in New York, where he worked with the Peter Brook Repertory Company in the production of Conference of the Birds at the Brooklyn Academy of Music. In the summer of 1974, he served as director and adviser of the Southern Ute Theater Group, where he was instrumental in producing Wec Sief (Red Feather), a play that dealt with the problem of assimilating cultures. He also worked with the Red Earth Performing Arts company and wrote the play Changer: The Coming of Man, based on Twana legends, that was performed by the company.

From 1974-86, Miller continued to work with tribal elders and with Washington state public school districts and universities, teaching and developing curricula. He illustrated twelve books based on his family stories for the Northwest Regional Education Laboratories. He also succeeded in reviving traditional ceremonies that had been banned by the U.S. government. And he developed a substance abuse program that also has been used in Hawaii and the Fiji Islands.

As a member of the tribal culture committee and several advisory groups, Miller was involved in a number of projects, including the exhibit “Seeds of Our Ancestors,” displayed at the Skokomish Tribal Center.

Miller had a repertoire of more than 120 tribal stories that are involved with ceremonies, rituals and other cultural activities. He perfected Skokomish basketry, weaving, cedar mat making and other crafts and learned the origin stories for these art forms. In 1974, he founded the Twana Dance Group, which has performed for thousands of people in the Northwest. Many of his students have become master artists in their own right.

“You've got to really love what you do and not be concerned about making a living,” Miller told NEA interviewer Mary Eckstein. “That has never been an important part. It was the love of the culture that helped me persevere through everything. I gave up some very promising careers in order to do this — my concern was for the generations to come rather than myself. It's harder to find this drive in younger people, but I think it's our responsibility as elders to nourish this appreciation of what our ancestors had to offer and to learn something about it.”

Gerald Bruce 'Subiyay' Miller answers the question 'What is the cultural meaning of basketry?' Arlington, Virginia, 2004, interview by Alan Govenar

Gerald Bruce 'Subiyay' Miller answers the question 'What is your earliest memory of storytelling?' Arlington, Virginia, 2004, interview by Alan Govenar

Gerald Bruce 'Subiyay' Miller answers the question 'Why do you feel storytelling is important?' Arlington, Virginia, 2004, interview by Alan Govenar