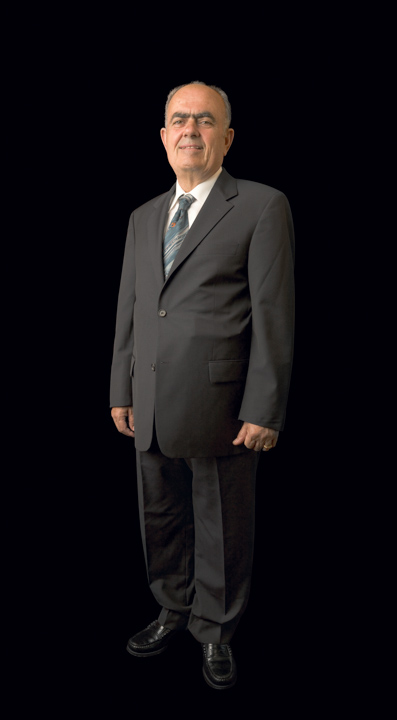 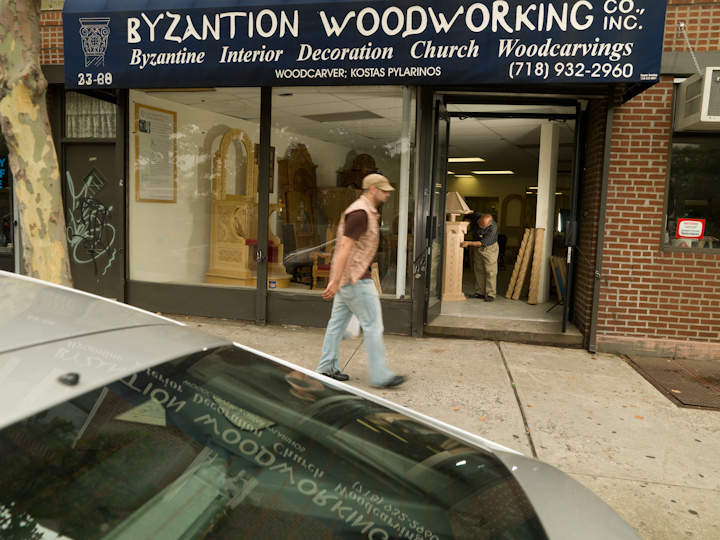 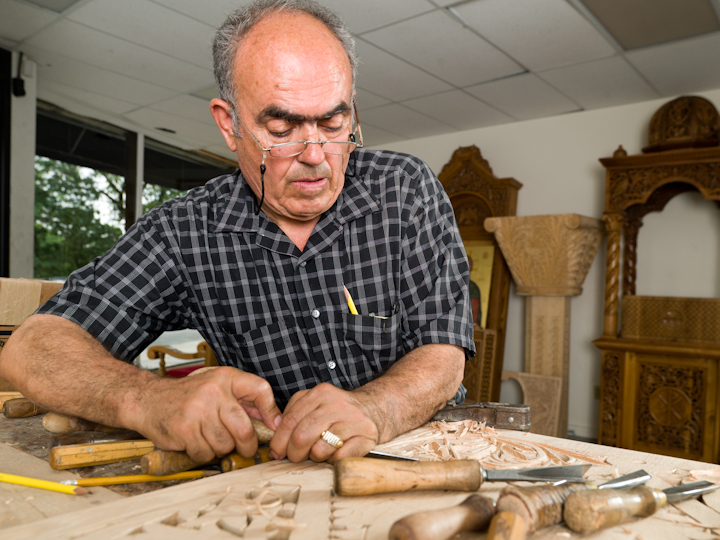 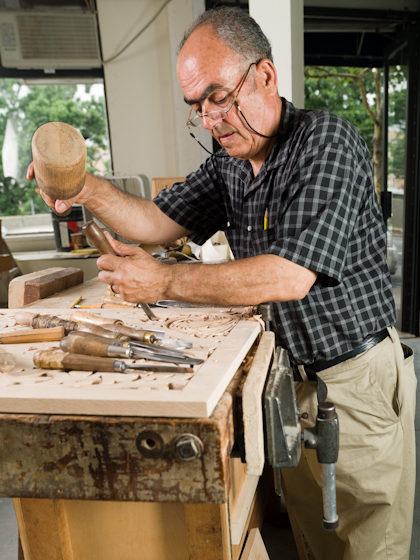 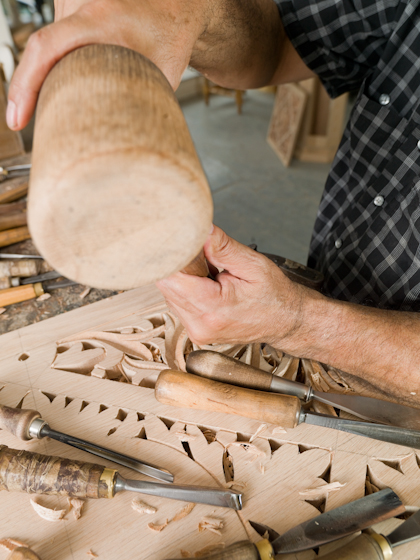 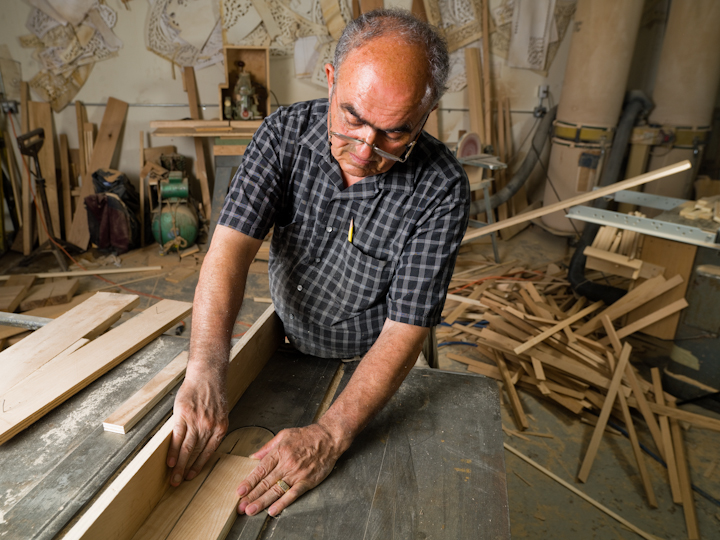 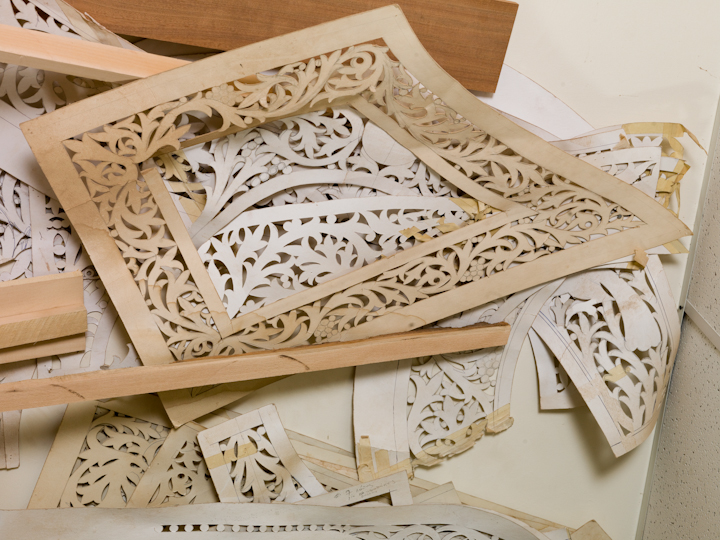 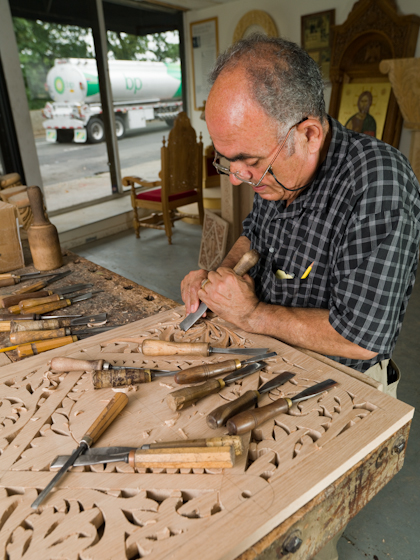 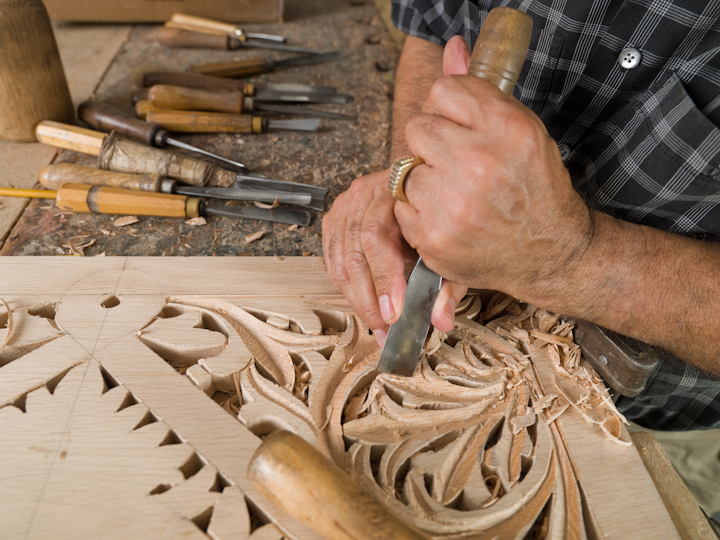 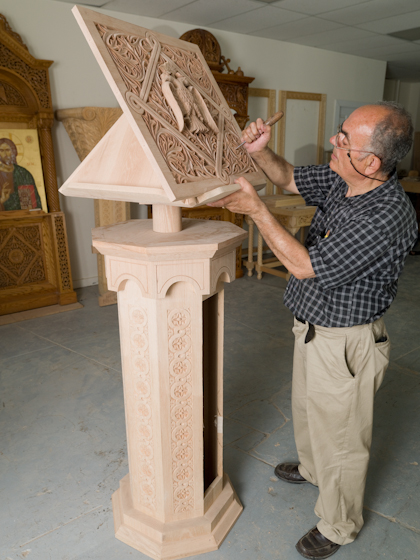 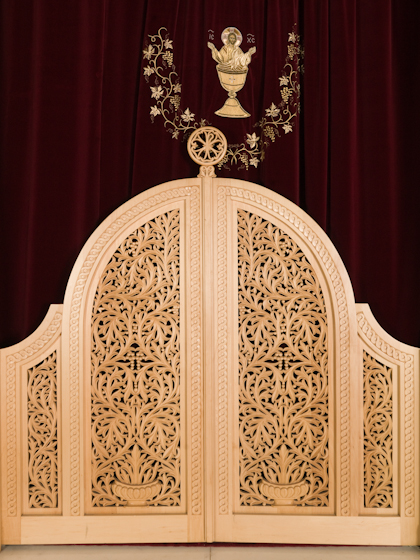 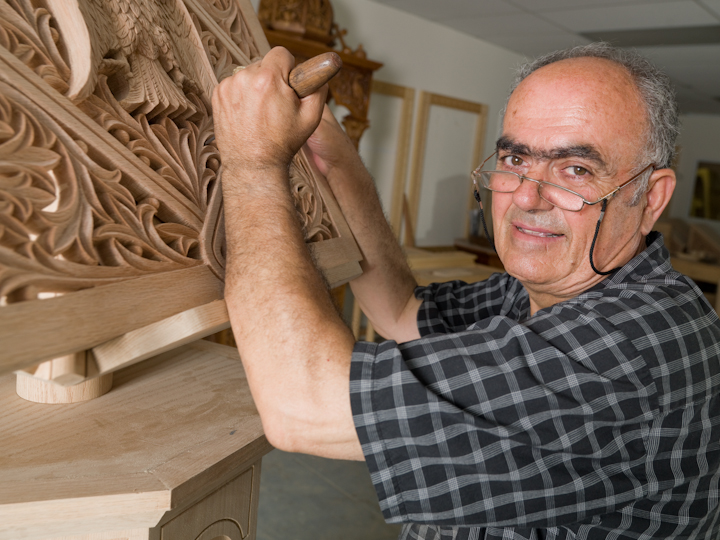 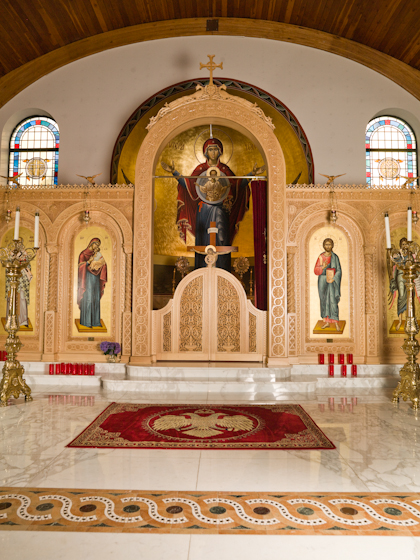 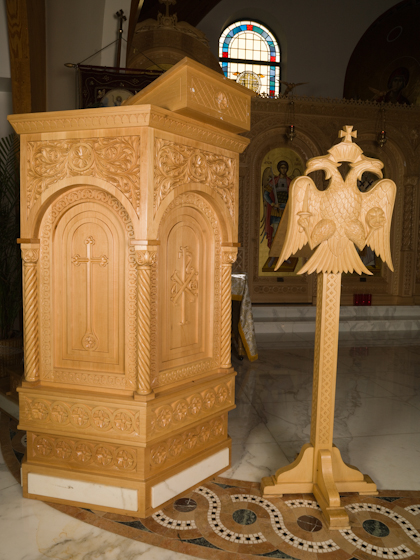 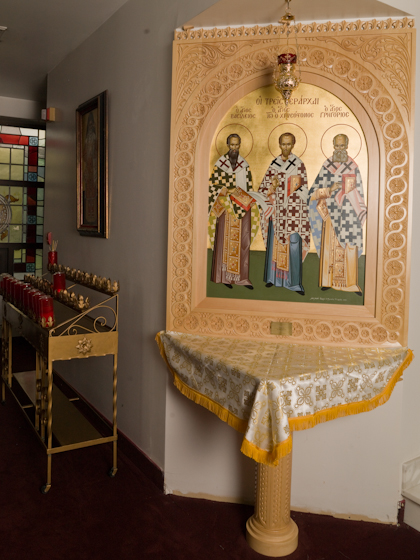 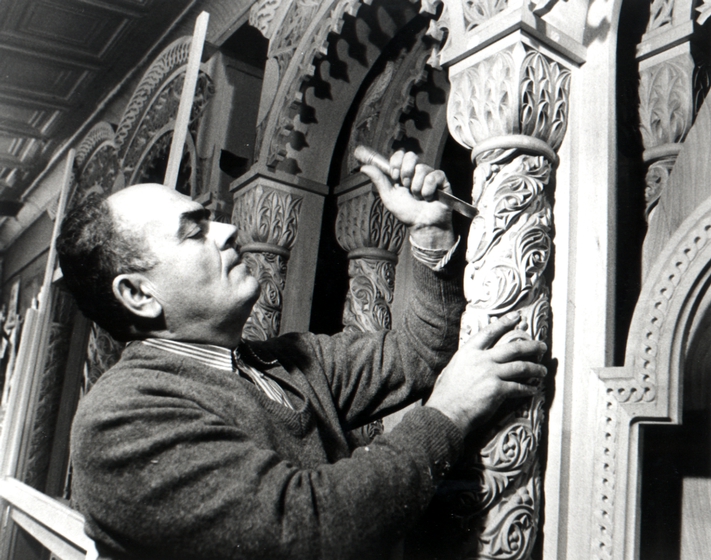 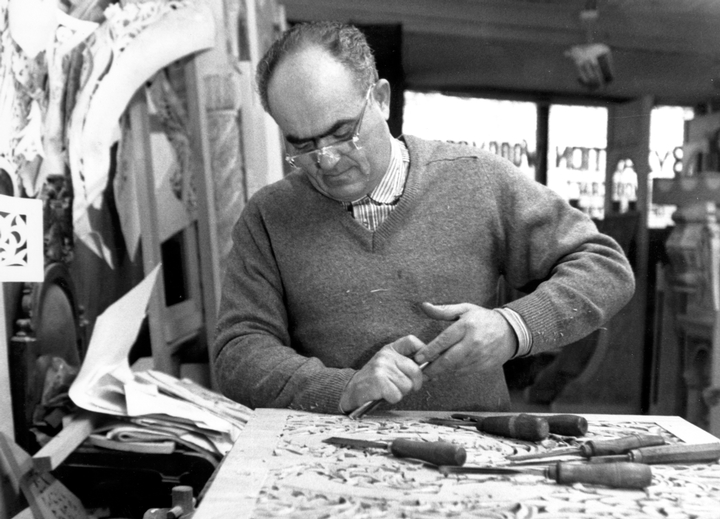 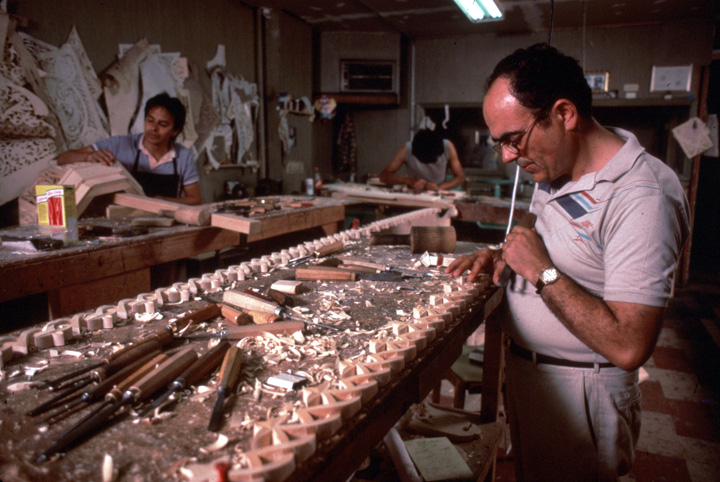 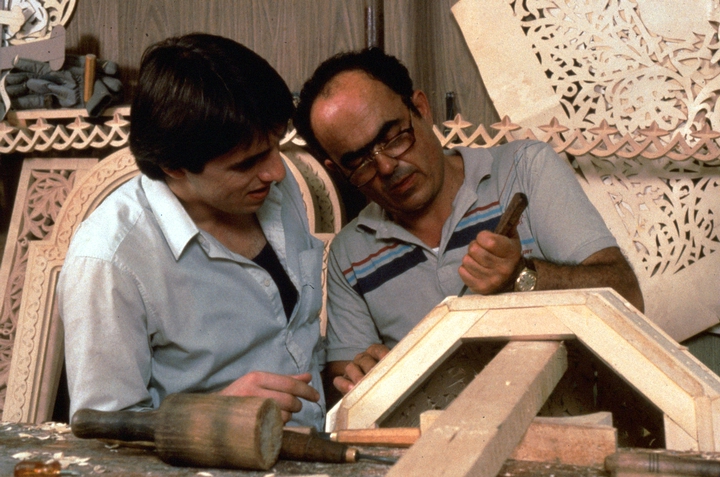 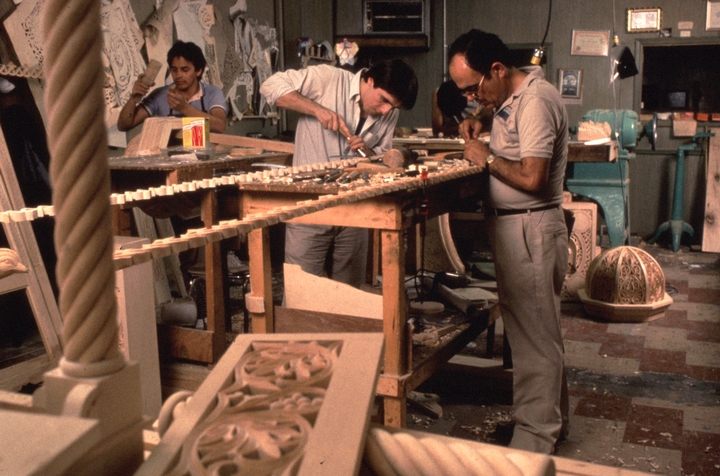 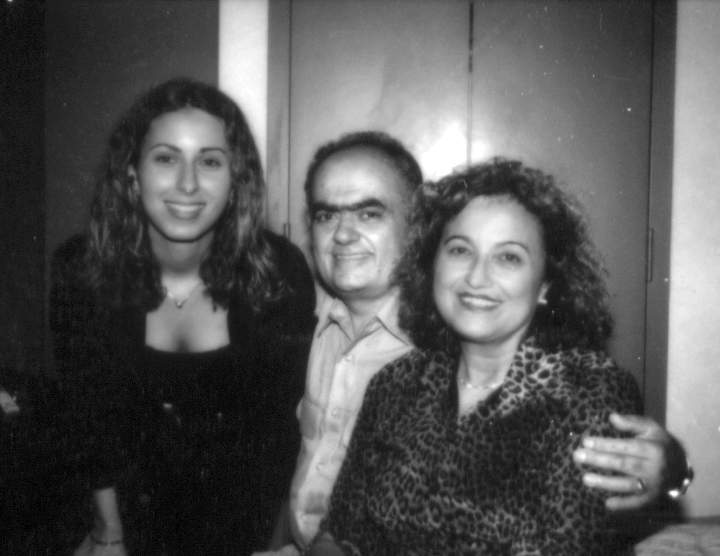 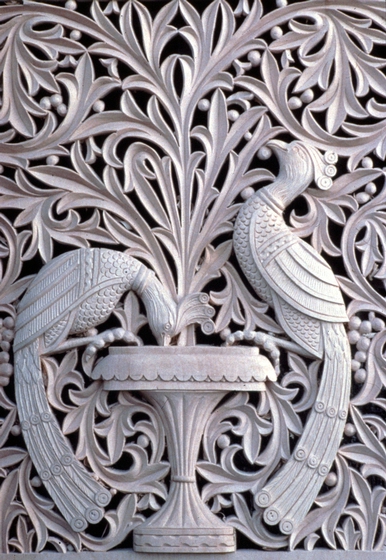 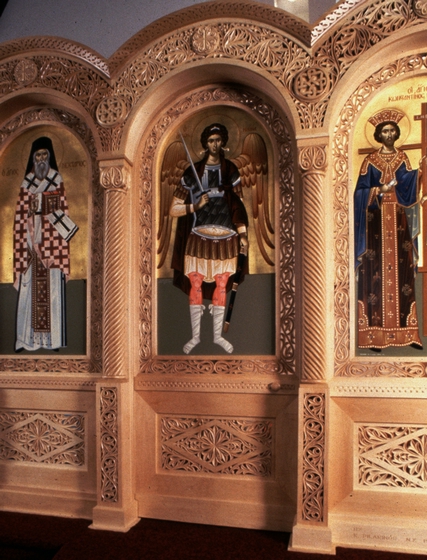 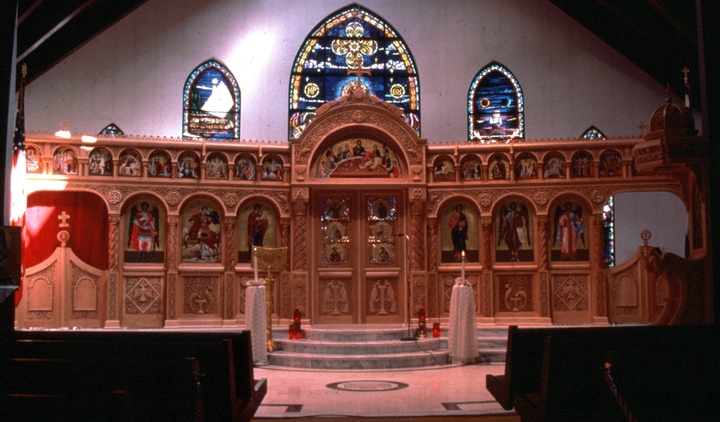 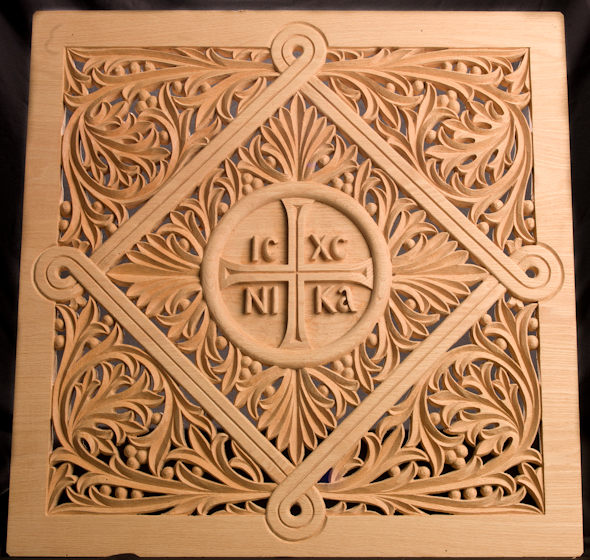 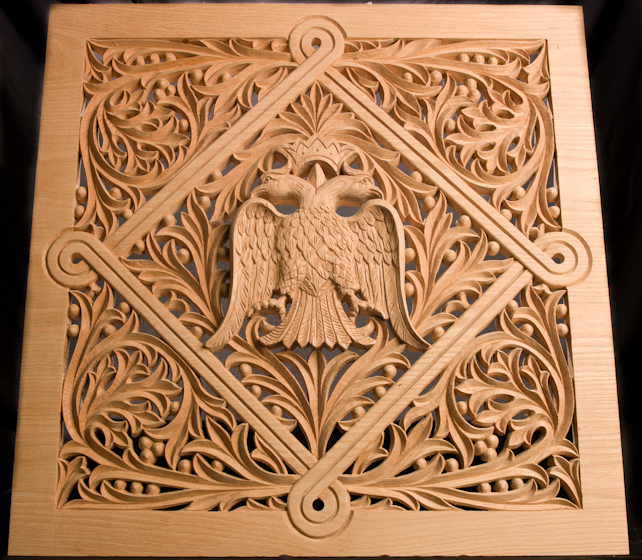 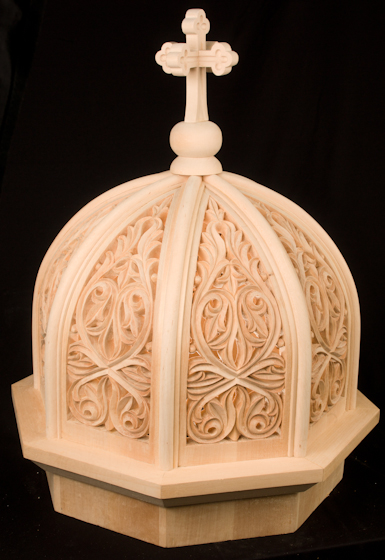 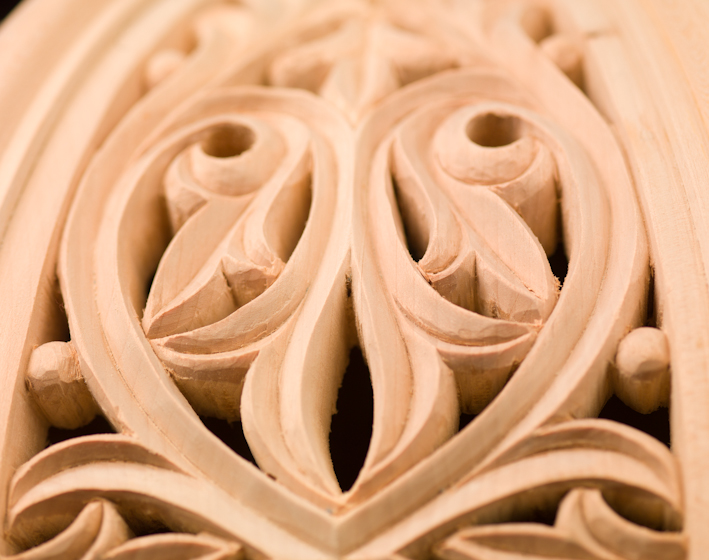 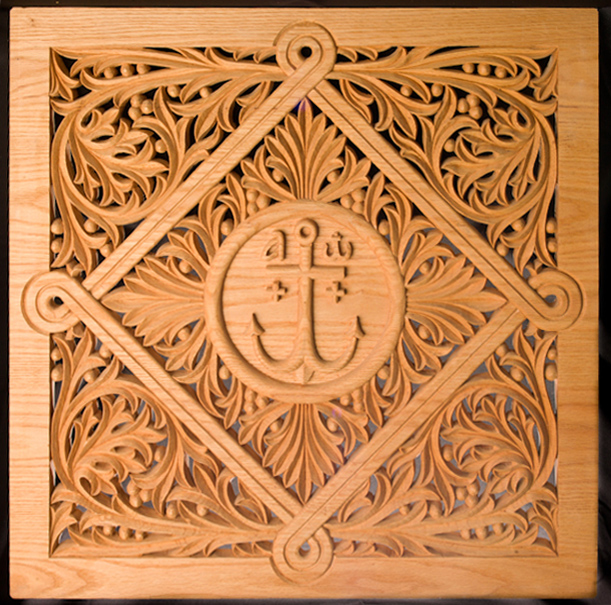 Konstantinos Pilarinos, a native of the Greek province of Nafpaktos, was orphaned at the age of 13. He was sent to the Zannion Orphanage in Piraeus, where he was apprenticed to the master wood carvers George Kaloudis and Nick Patsakis. At 16, he won first place in an orphanage woodcarving competition judged by the country's minister of culture, Lina Tsaldazis. By age 18, he had established his own workshop.

In 1974, Pilarinos immigrated to New York City. To his knowledge, he is the only traditional Byzantine-style wood carver in North America. He estimates that there are ten such artists in Greece. The Byzantine style of carving dates back to the fourth century, and while Pilarinos strives to preserve the tradition, he is also an innovator who imbues his work with his own creative spirit.

At his workshop in Astoria, Queens, called the Byzantion Woodworking Company, he and his apprentices carve icon screens, bishops' thrones, pulpits, chanters' pews and candle stands for Greek Orthodox churches throughout the United States and Canada. He has made more than sixty iconostasia, intricately carved icon screens that separate the congregation from the altar. The iconostasia screens are 8 to 13 feet high and 32 to 56 feet long, and each holds several iconic paintings. He has also made an icon called theepitaphios, a portable structure representing the funeral bier of Jesus, which is carried in a procession through the streets on Good Friday.

All of his work is done by hand, with an array of chisels. In addition to creating his own designs, he is involved in restoring churches damaged by fire. The New York Landmarks Conservancy gave him an award in 1988 for his restoration work at Brooklyn's Cathedral of SS Constantine and Helen. In 1995, the Greek Orthodox Church awarded Pilarinos the Archdiocesan Medal of St. Paul in recognition of his contribution to the community. Pilarinos is passing on his tradition to his daughter, Penny Pilarinos, who graduated from the architecture program at the New York Institute of Technology and who does preliminary drawings for her father's carvings.

Secular venues, including the Museum of American Folk Art in Manhattan and several museums in upstate New York, have exhibited his work. He also has displayed his art and demonstrated his technique at the Metropolitan Museum of Art and the American Museum of Natural History and at programs sponsored by the Queens Council on the Arts.

"I like people to see my work," Pilarinos said. "I enjoy contributing to the Greek community so that they can see what they have left behind. You don't find this here. Even in Greece, this is something special. There are only a few who practice this art."

Konstantinos Pilarinos answers the question "What inspired you to become a woodcarver?" Washington, D.C., 2001, interview by Alan Govenar

Konstantinos Pilarinos answers the question "How did you start a Byzantine-style wood- carving business?" Washington, D.C., 2001, interview by Alan Govenar