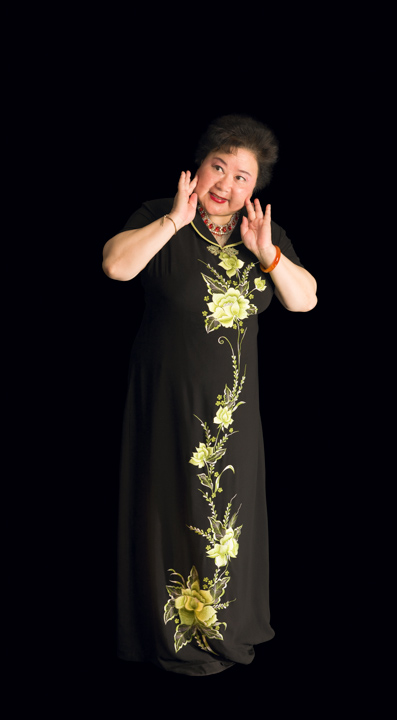 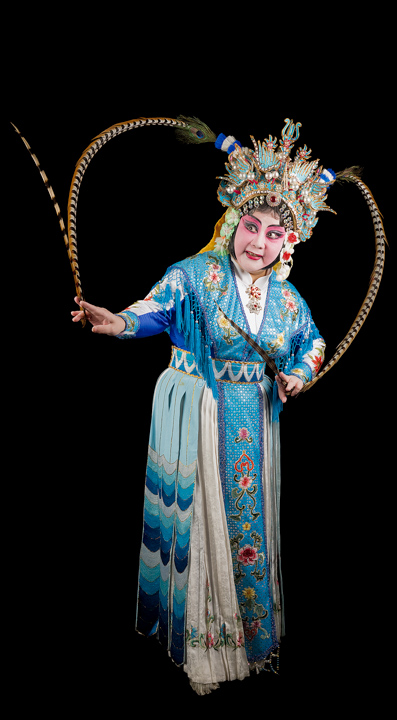 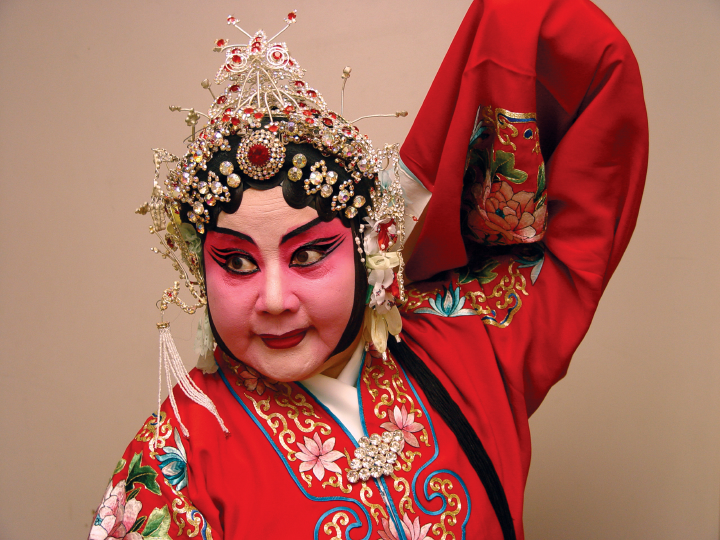 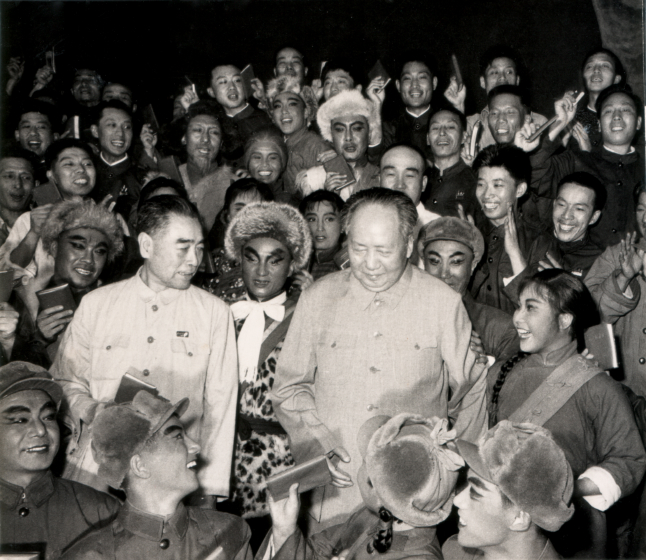 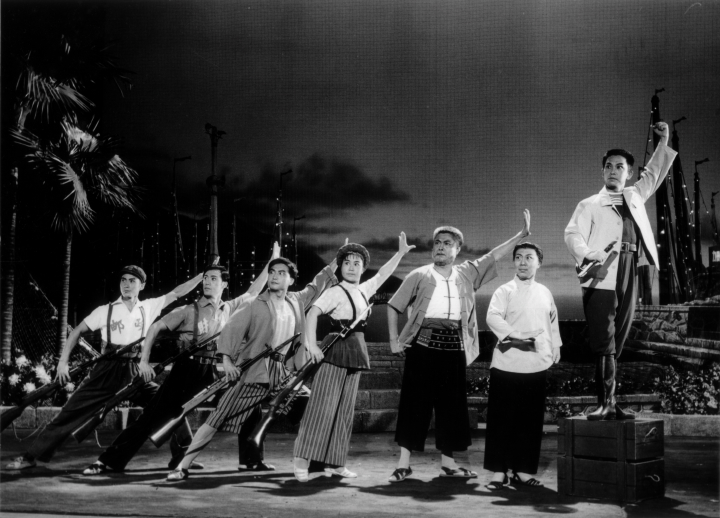 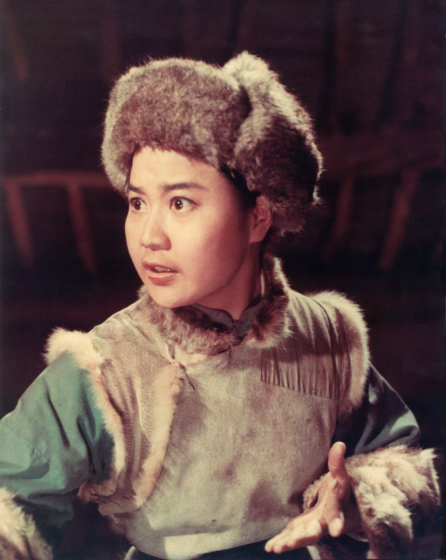 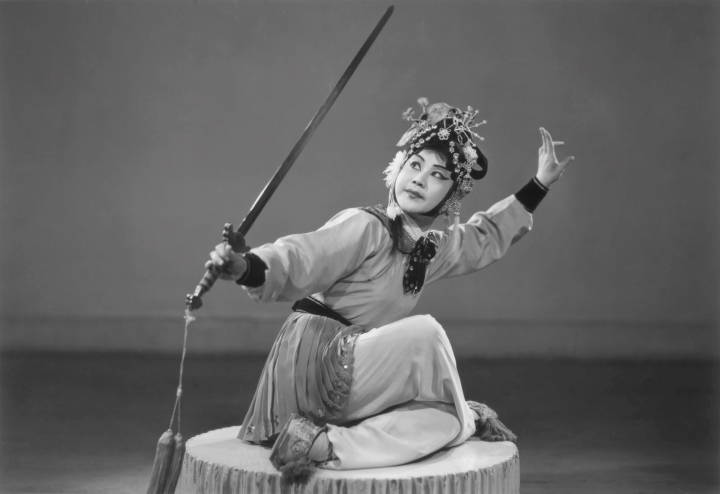 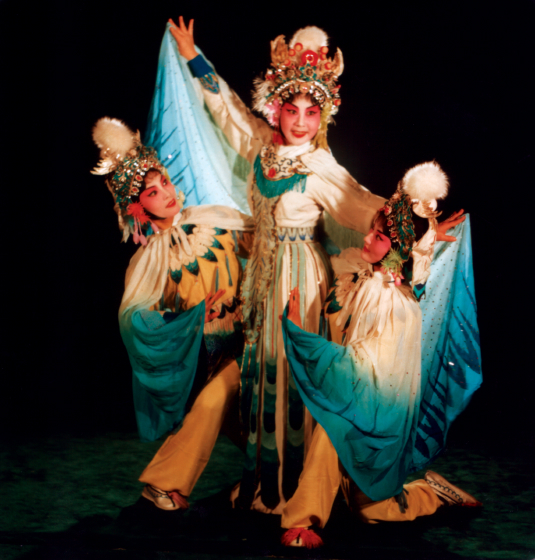 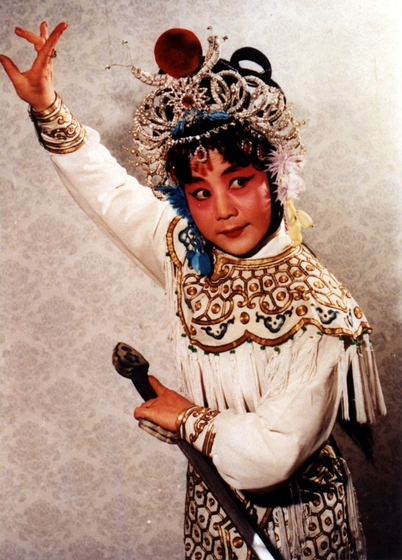 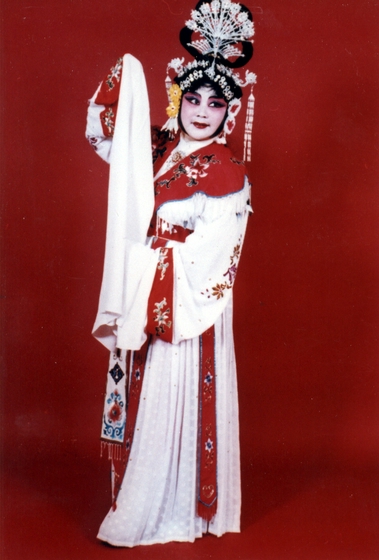 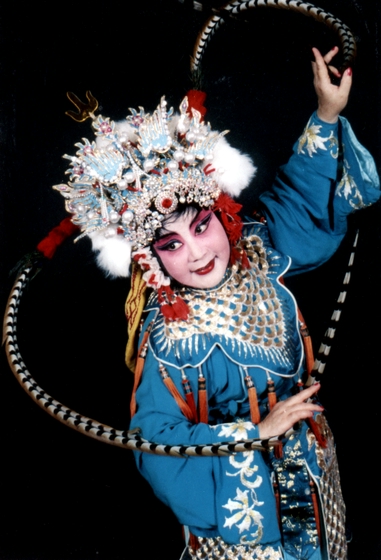 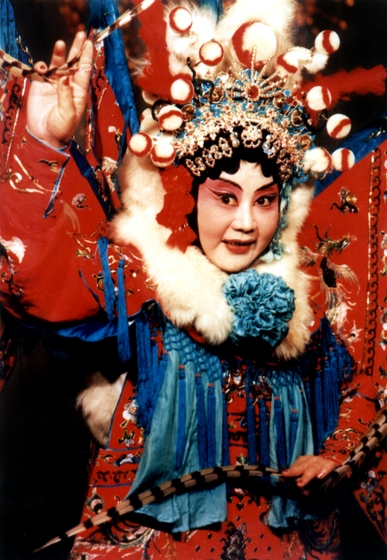 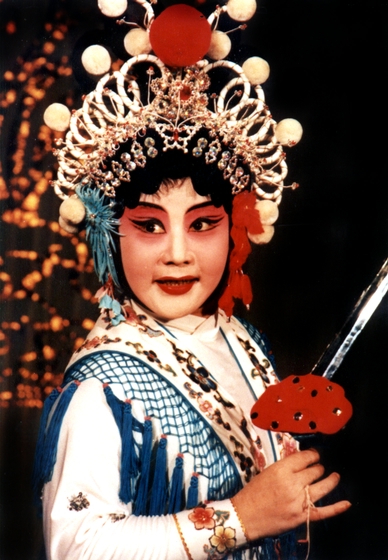 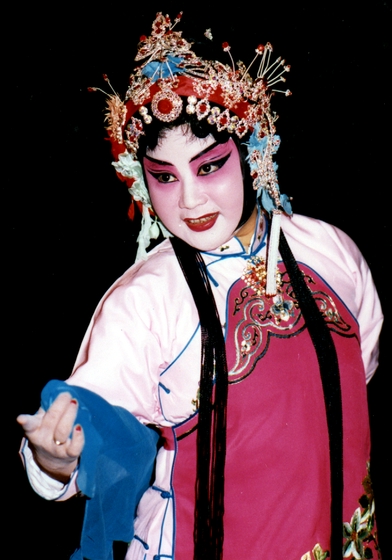 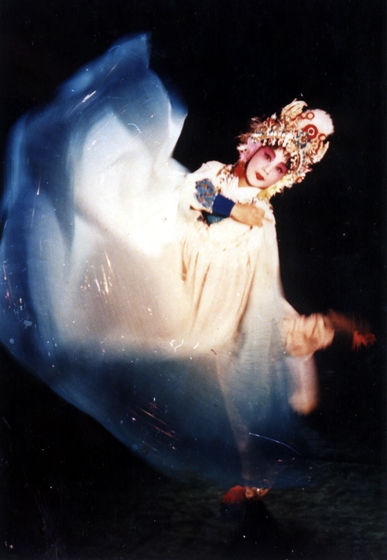 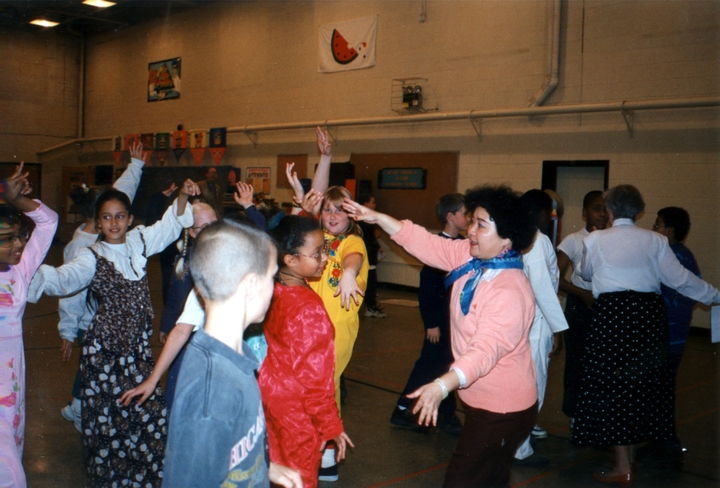 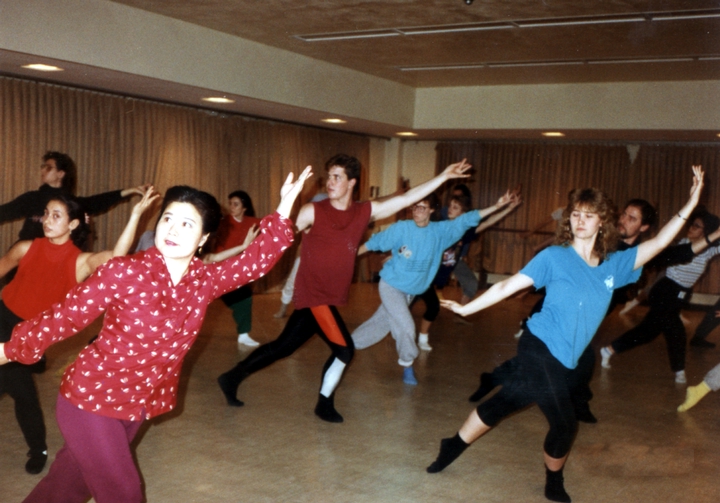 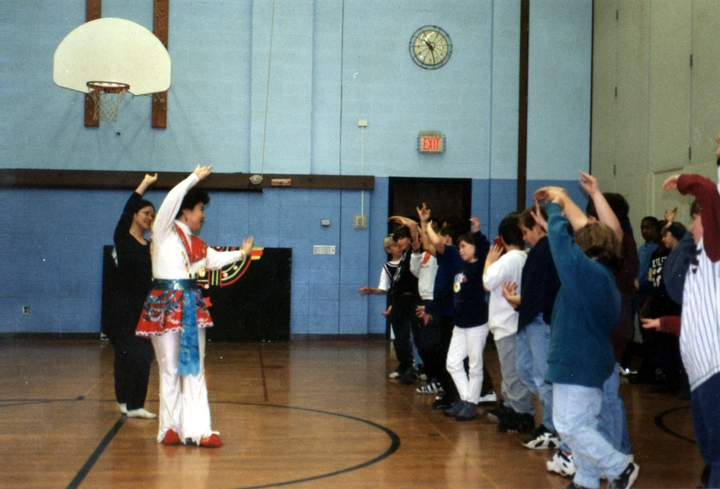 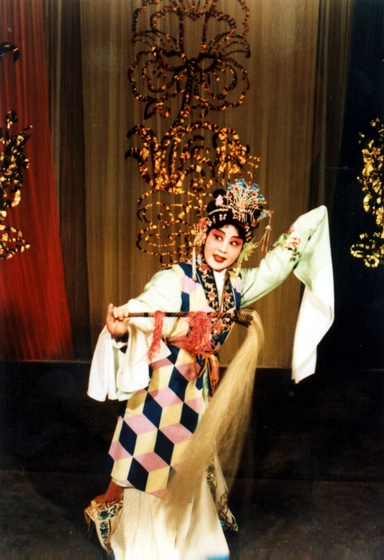 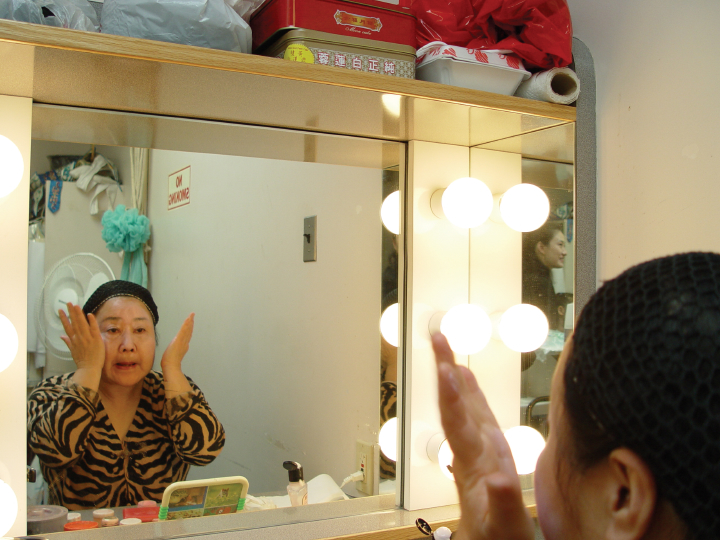 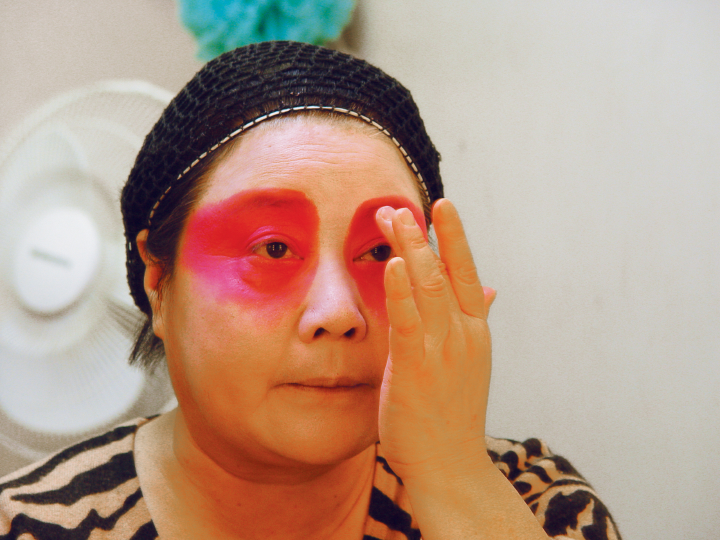 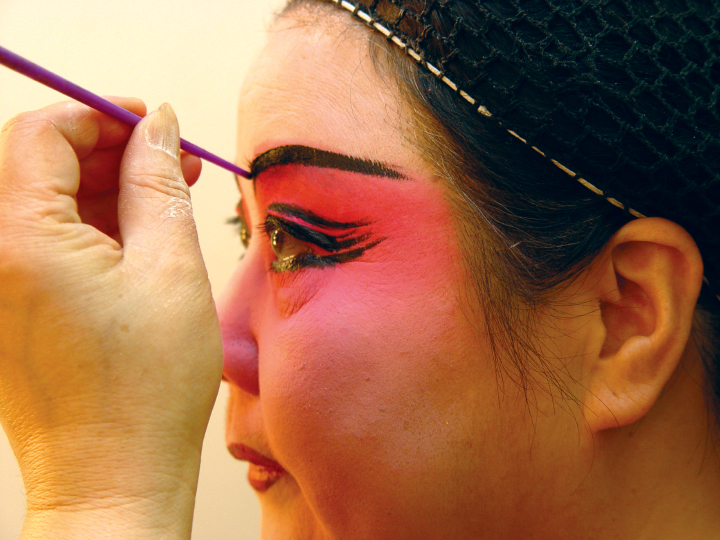 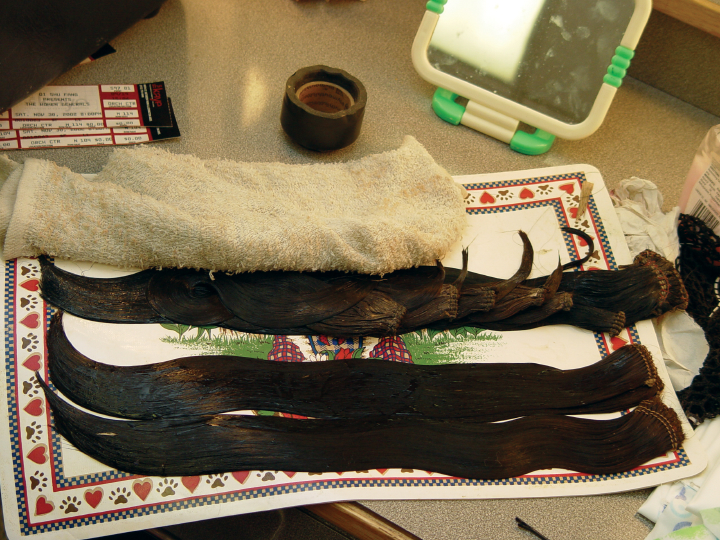 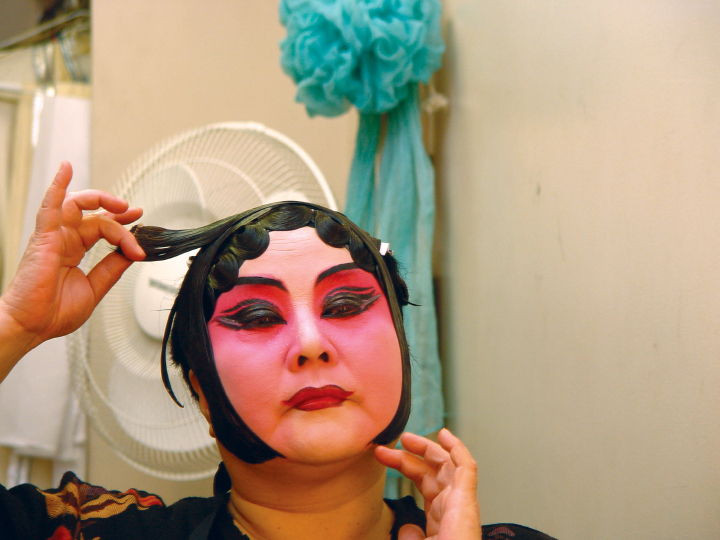 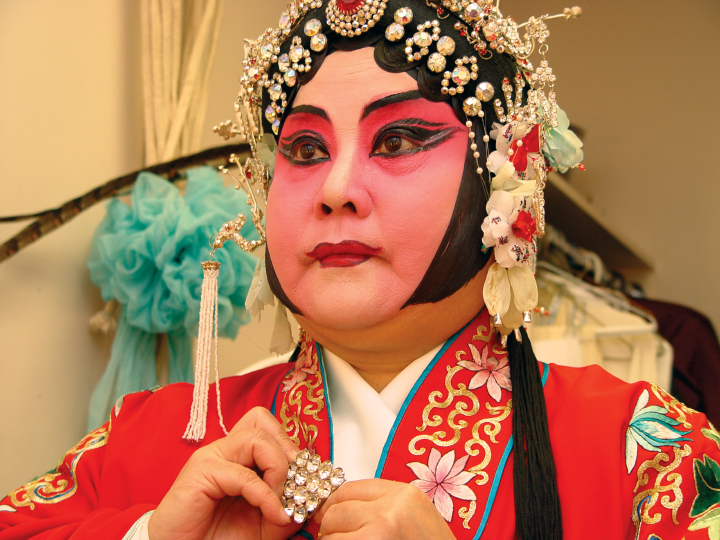 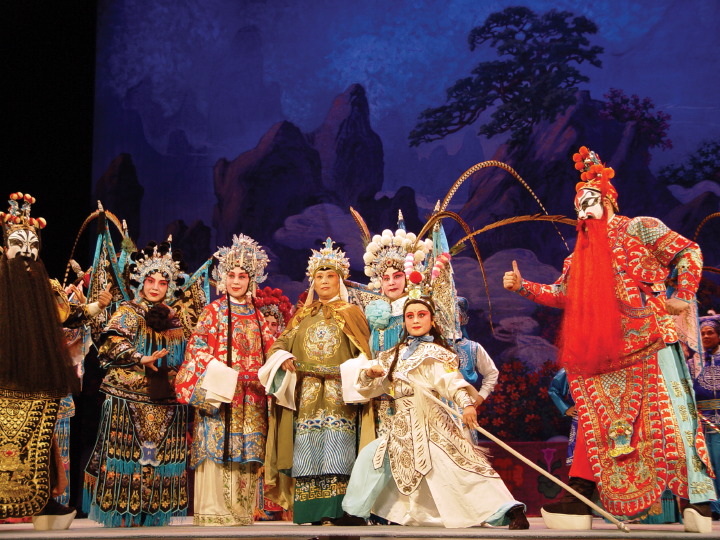 Qi Shu Fang, a native of Shanghai, China began studying Beijing Opera at age 4. When she got older, she enrolled at the Shanghai Dramatic School and studied with her sister-in-law, a renowned actress and a skilled wu-dan, or woman warrior. Later, she studied with a male teacher and now can play roles of either sex with great skill. Beijing Opera roles are highly defined and stylized, and actors specialize. Qi Shu Fang is unique in mastering both the wu-dan and hua-dan, or vivacious young woman, roles because of her martial arts skills and exceptional voice.

Historically, Beijing Opera had been a masculine art form and female roles were played by males, but after 1949, women began to emerge as performers. Qi Shu Fang was central in that movement. During the Cultural Revolution, at age 18 she was picked by Madame Jiang Qing, Chairman Mao's wife, to play the female lead in one of the eight national "model operas." Overnight, she became a sensation throughout China.

Qi Shu Fang won first prize in a competition for rising actors, then garnered praise from the master female impersonator Mei Lan-Fang for her performance in Fighting Thrice Against Chang Yeuh Wo. Her performance in The Flaming Phoenix won acclaim at Hamburg's International Drama Festival, and she is a favorite performer in Japan.

Her reputation as a performer grew because of her skills in martial arts, singing and acting. Professor Allen Kuharski says, "From a Western perspective, it would be as if one found the voice and acting of Maria Callas and the athleticism of Rudolf Nureyev in one performer's body." She was awarded the title of "National Treasure of China."

In 1988, she relocated to New York City, where she formed her own opera company. Though she did not speak English upon her arrival, she established herself as a star performer in America. The Qi Shu Fang Beijing Opera Company has earned acclaim in the Chinese community and has played to sold-out houses at Symphony Space. For six consecutive years the company took part in Lincoln Center's "From Chinatown With Love." The troupe has performed at many colleges and universities and regularly visits public schools.

'The Final Scene of The Legend of the White Snake Spirit featuring Qi Shu Fang as Bai Suzhen,' bonus feature from the DVD of Master Qi and the Monkey King, directed by Alan Govenar, produced by Documentary Arts and distributed by First Run Features

Qi Shu Fang answers the question "How did you become interested in Chinese opera?" Arlington, Virginia, 2001, interview by Alan Govenar

Qi Shu Fang answers the question "How did you learn to sing?" Arlington, Virginia, 2001, interview by Alan Govenar