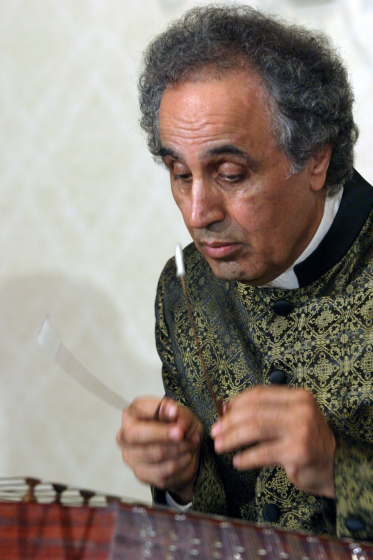 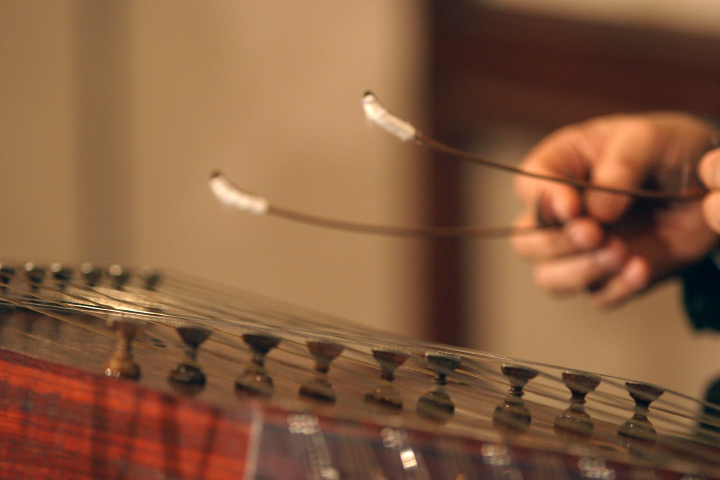 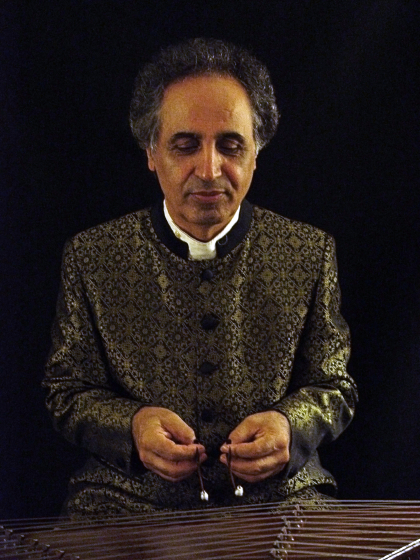 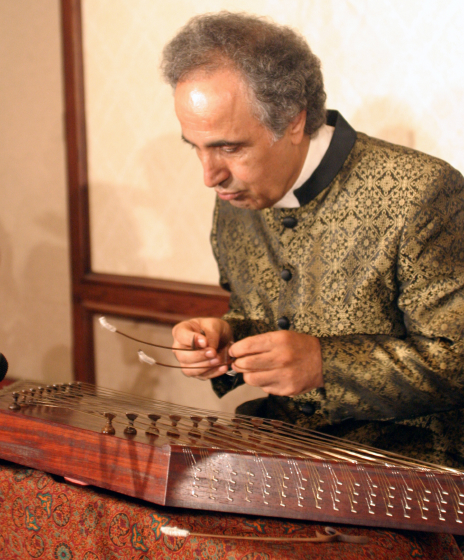 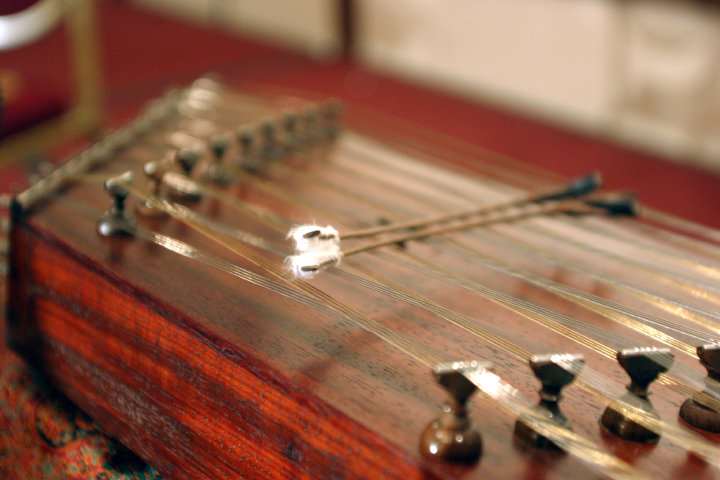 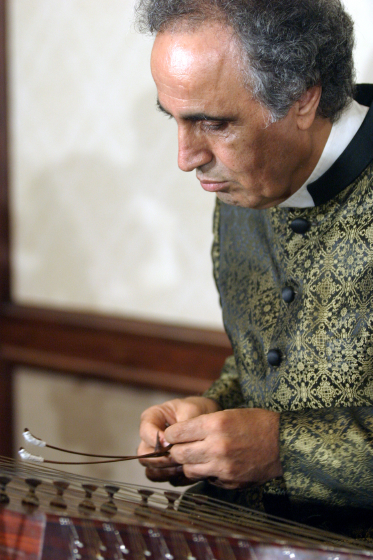 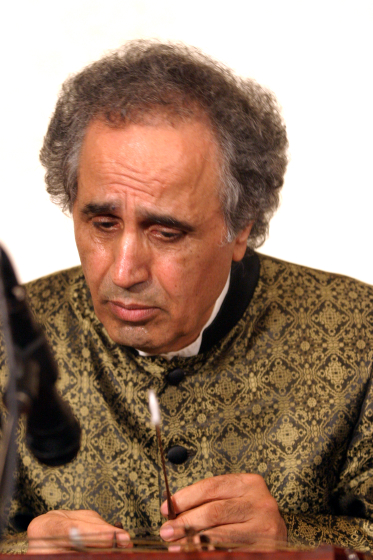 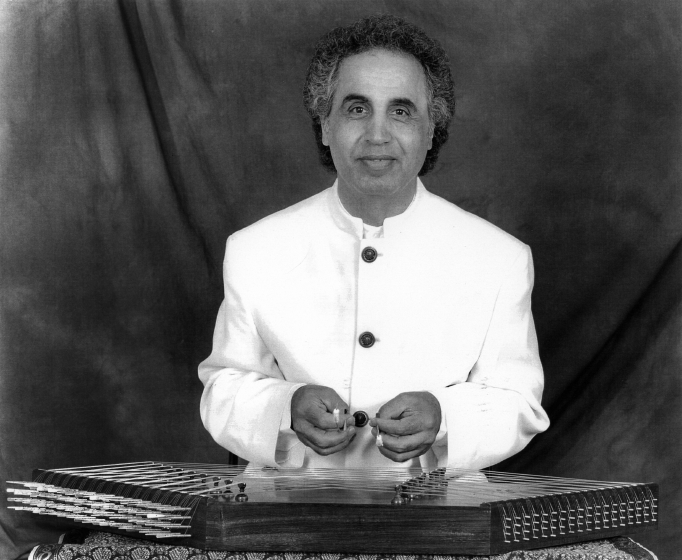 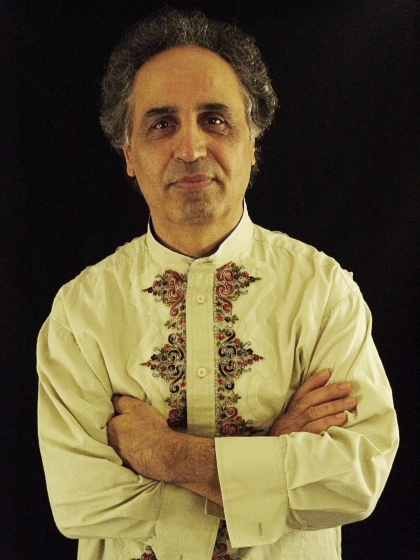 Manoochehr Sadeghi, a native of Iran, is a leading virtuoso on the santur, the Persian hammered dulcimer. His parents were both very interested in music and bought him a santur when he was 7 or 8 years old. His father took him to a teacher, “a dental student at the university, who played a little bit of the santur,” Sadeghi told NEA interviewer Mary K. Lee.

When he was 12, Sadeghi began studying with Abol Hassan Saba, a legendary figure in Persian classical music. “He thought everything I had learned was wrong and had me start over from the beginning as if I were a beginner,” Sadeghi said. “After two or three years, I became the best student in that class. He took me into his orchestra when I was 17. I played for two years in the orchestra, but he died when I was 19. After that I started to play on television. I was hired by the government and then hired as a master teacher in the conservatory.”

In 1964, when Sadeghi left Iran for the United States, he was honored with a farewell special on Iranian television. He calls that move “the best thing I ever did” because he escaped the oppression of followers of the Baha'i faith. “Had I been there in 1980, when a lot of Baha'i were persecuted, I would not have been able to breathe. That’s why I love this country: because of the freedom.”

Living in the Los Angeles area, Sadeghi has continued to perform, record and teach and earned a doctorate in ethnomusicology from the University of California at Los Angeles. He also founded the Nakisa Music Institute and

In the United States, Sadeghi says, he has made subtle changes in the presentation of his music. “My art comes from such an intense, traditional, long-term art that you can’t change it overnight. It’s a classical system. While Western classical system has evolved for the last three hundred years, our music has evolved for one thousand years. So I did not have to change it. I just had to present it right. Over time, I have found a way to present my art in more of a contemporary style. I haven’t really changed it but just play it in a different format. That’s all. Continuous improvisation, varieties of rhythm, they are all Persian, and they are all very artistic. I didn’t have to change my music or my style. I’m still considered a Persian traditional master both in Iran and here.

“I am a very spiritual person. I play to please my Lord. I believe that he created me, my instrument, the sound waves, the strings, the mallet, the repertoire, the pages of music, the recording studios. He created the whole thing. All I have to do is put myself in his path and let him play the music.”

Manoochehr Sadeghi explains how he got started as a professional musician, Arlington, Virginia, 2003, interview by Alan Govenar

Manoochehr Sadeghi answers the question 'When did you start playing the santur?' Arlington, Virginia, 2003, interview by Alan Govenar

Manoochehr Sadeghi answers the question 'What are the teachings of the Radif [a collection of many old melodic figures preserved through many generations by oral tradition]?' Arlington, Virginia, 2003, interview by Alan Govenar

Manoochehr Sadeghi answers the question 'What is the origin of the santur?' Arlington, Virginia, interview by Alan Govenar

Manoochehr Sadeghi answers the question 'How is the Radif important?' Arlington, Virginia, 2003, interview by Alan Govenar

Manoochehr Sadeghi answers the question 'What was the music industry like after the Iran Revolution?' Arlington, Virginia, 2003, interview by Alan Govenar