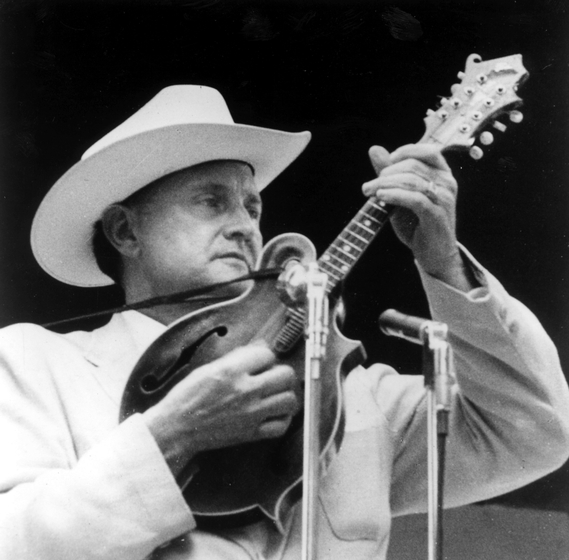 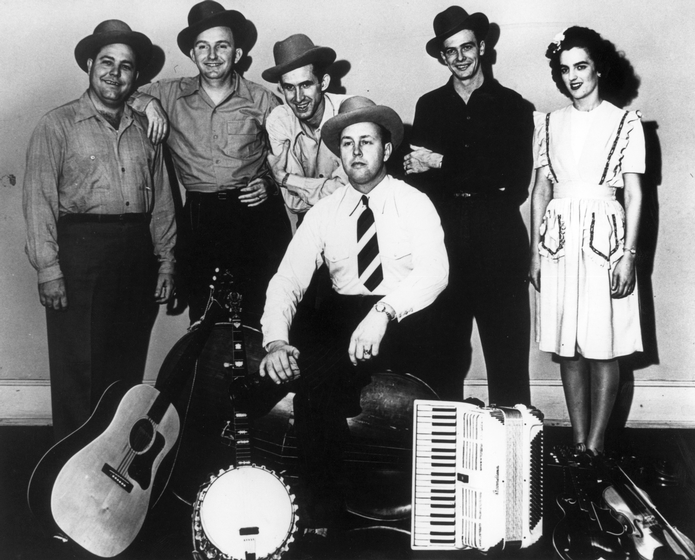 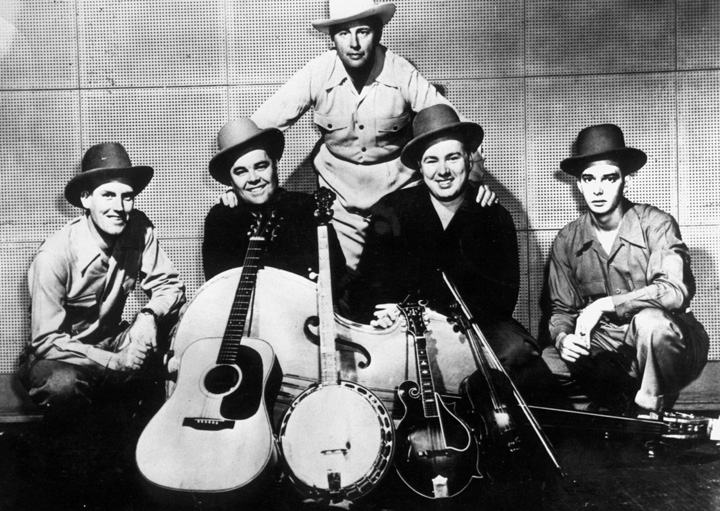 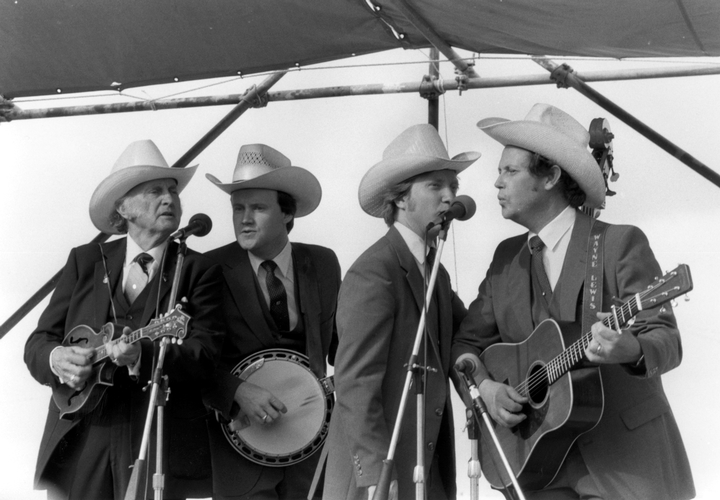 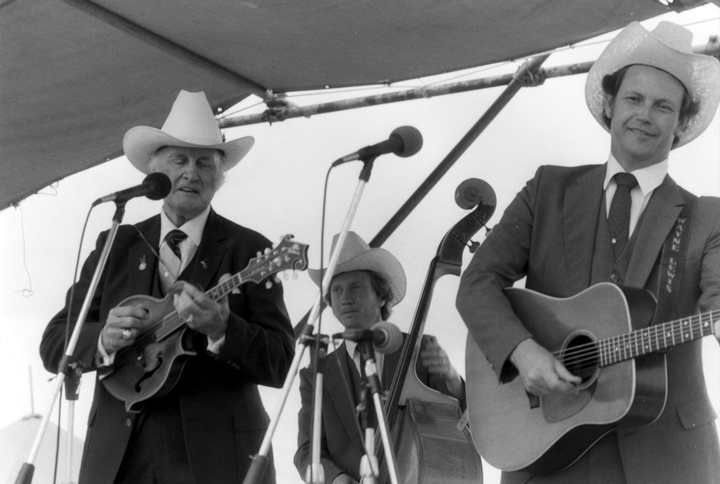 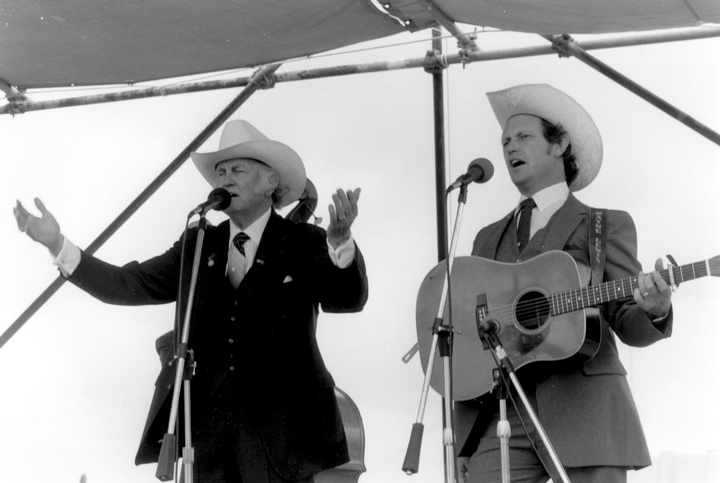 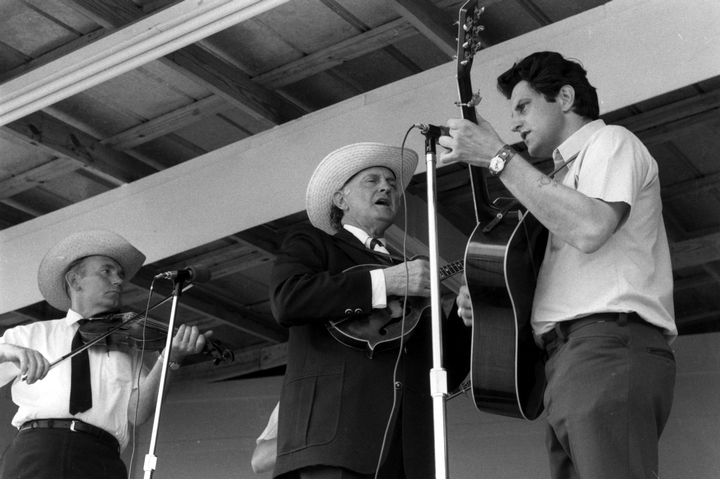 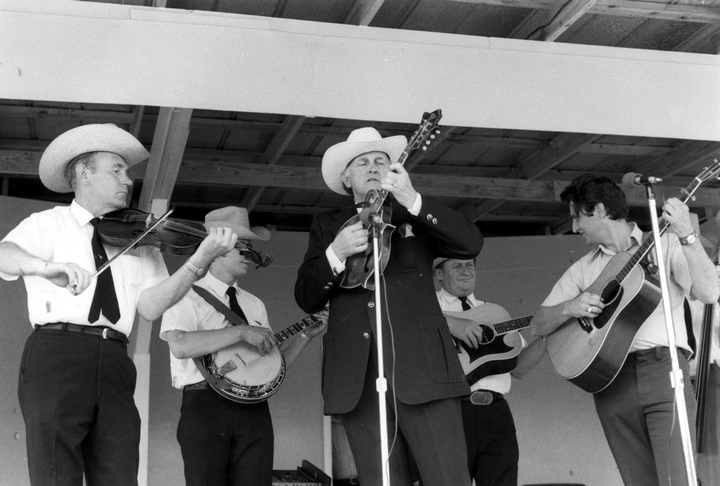 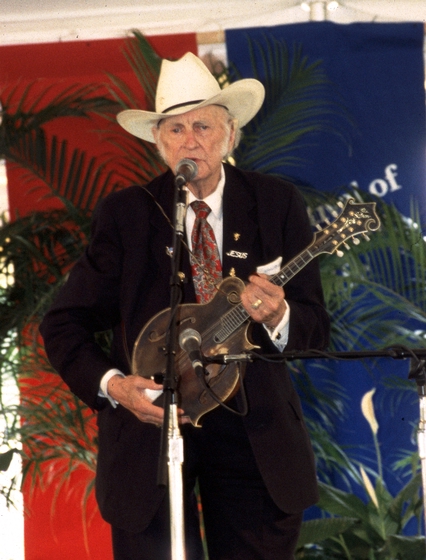 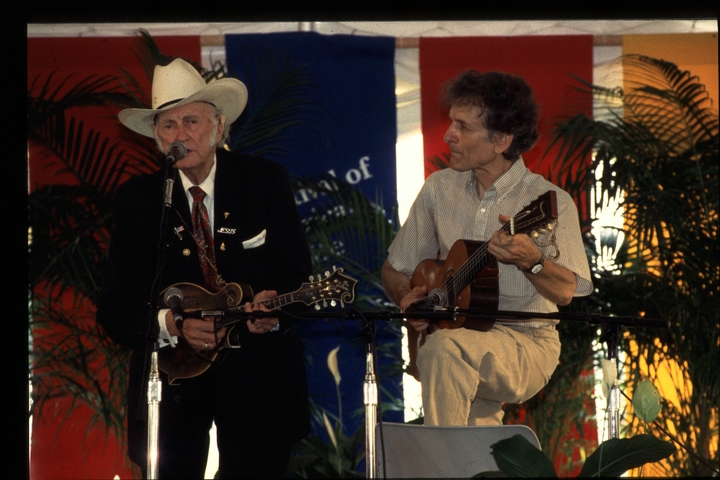 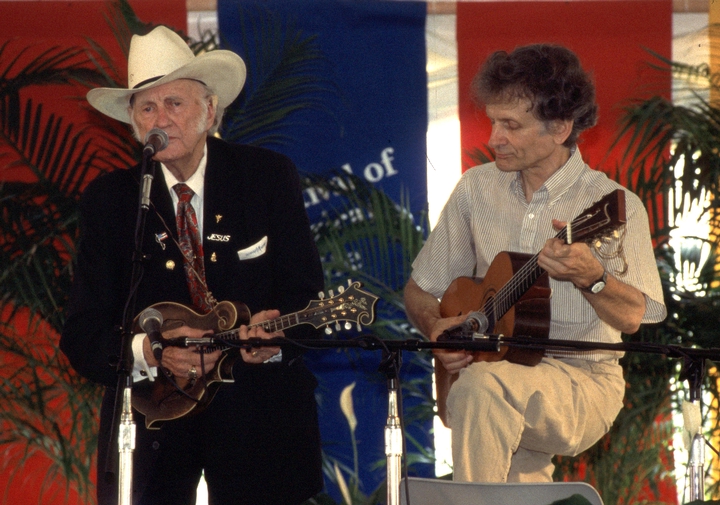 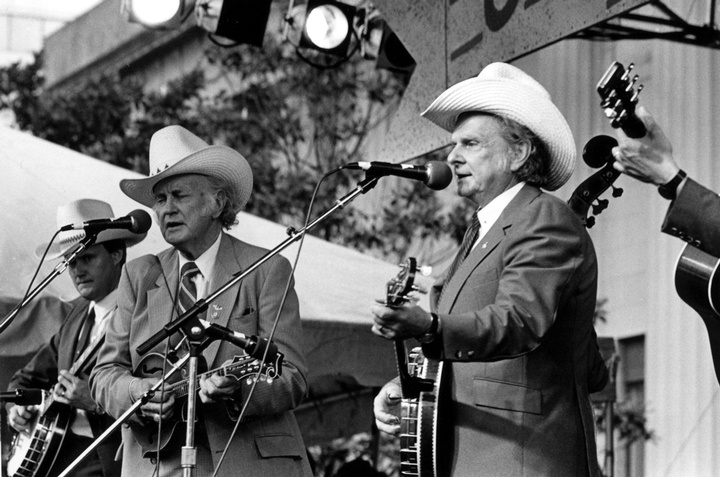 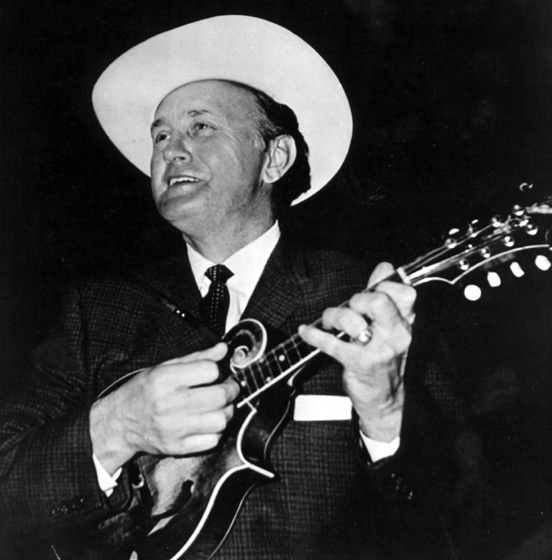 Bill Monroe was the youngest of eight children. His father, James Buchanan Monroe, was of Scots ancestry and possibly a descendant of James Monroe, fifth president of the United States. James B. Monroe farmed, cut and hauled timber, operated a sawmill and mined coal on his 600-acre farm near Rosine, Kentucky. He did not sing or play music, but Bill Monroe recalled that his father was a fine dancer who enjoyed doing a local dance called the Kentucky backstep. His mother, Melissa Vanderver Monroe, sang and played the fiddle, harmonica and accordion. Her brother Pendleton Vanderver was a fiddler of considerable talent and local renown who taught Bill the essentials of the mandolin, fiddle and guitar.

James and Melissa Monroe died within a few years of each other, and from age 11 Bill was raised by his Uncle Pen, whose name later became the title of one of Monroe's most popular songs. Bill often played guitar at local dances while his uncle fiddled.

Another strong influence was Arnold Schultz, a black fiddler and guitarist. Monroe said Schultz played fiddle in a bluesy, syncopated style, getting sounds out of the instrument not commonly heard in country playing. Bill often accompanied Schultz on guitar as well. The young musician also heard black workers whistle and sing while they toiled.

When Bill was 16, he joined his brothers Charlie and Birch in a musical group. They settled in Hammond, Indiana, in 1930 and performed on radio shows in the area for several years. When Birch Monroe left the group in 1934, Bill and Charlie continued as the Monroe Brothers, performing on radio and gaining considerable polish. They first recorded for Victor's Bluebird label in 1936. Their offstage relationship was tumultuous, and in 1938 they split up the act. Charlie Monroe formed the Kentucky Pardners, which became quite successful. Bill Monroe formed the Blue Grass Boys. The following year, he joined the Grand Ole Opry.

Monroe's music continued to evolve toward what eventually became bluegrass. In 1945, he signed with Columbia Records and recorded the first version of "Kentucky Waltz," one of his signature tunes. The bluegrass sound came together in 1946 when the band included Earl Scruggs on banjo, Lester Flatt on guitar, Chubby Wise on fiddle and Howard Watts on bass. Scruggs's three-finger picking style became an essential ingredient of the music, which drew on such diverse sources as the blues and old-time fiddle tunes. It featured Monroe's singing in a style he called "high lonesome."

Flatt and Scruggs left the band to start their own group in 1948. In 1949, Monroe left Columbia because it had begun recording the Stanley Brothers, a group he believed was imitating his music. Monroe signed with Decca, which later was absorbed by MCA. Over the years, a number of talented musicians passed through the Blue Grass Boys, and the group toured and recorded extensively at home and abroad. In 1963, the band began playing college campuses. It also became popular at the bluegrass festivals that began springing up, and in 1967 Monroe established his own festival at Bean Blossom, Indiana, and it became the most popular bluegrass event.

In 1970, Monroe was elected to the Country Music Hall of Fame. In his later years, the fiery, competitive musician mellowed considerably. In 1986, he recorded the album Bill Monroe and Stars of the Bluegrass Hall of Fame, which included Ralph Stanley of the Stanley Brothers, Jim and Jesse McReynolds, Mac Wiseman, Carl Story, and the Washington, D.C., group the Country Gentlemen.

Bill Monroe and his Blue Grass Boys, with Kenny Baker, 'Blue Moon of Kentucky,' from 50 Years of Country Music, from the collection of the Country Music Hall of Fame

Bill Monroe describes his creation of bluegrass and its impact, Recorded live at the 1982 Festival of American Folklife in a program honoring the National Heritage Fellows, Washington, D.C., Courtesy National Endowment for the Arts

Bill Monroe answers the question 'How did the banjo find its way into bluegrass?' 1974 Interview by Charles R. Wolfe

Bill Monroe answers the question 'Does blues music show up in your songs?' 1974 Interview by Charles R. Wolfe

Bill Monroe and his Blue Grass Boys, recorded live at the 1982 Festival of American Folklife in a program honoring the National Heritage Fellows, Washington, D.C., courtesy National Endowment for the Arts

Bill Monroe and his Blue Grass Boys, recorded live at the 1982 Festival of American Folklife in a program honoring the National Heritage Fellows, Washington, D.C., courtesy National Endowment for the Arts