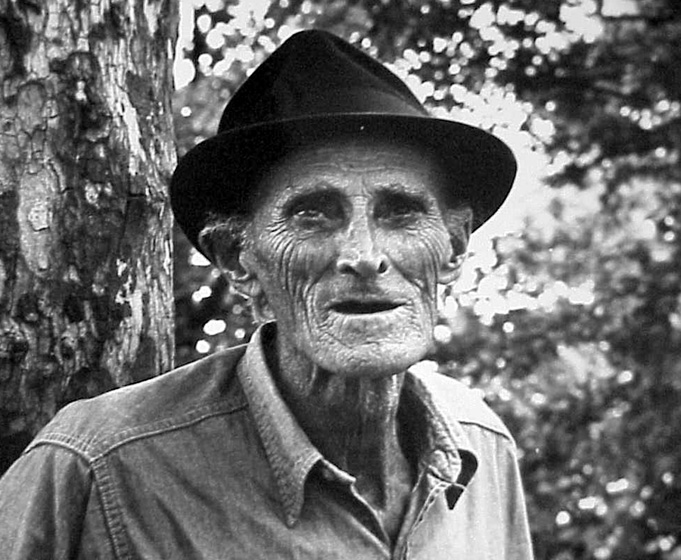 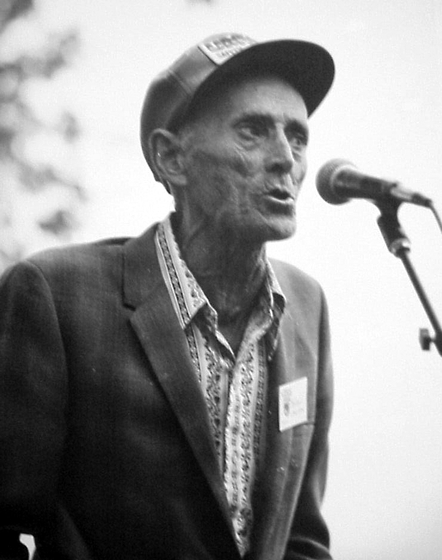 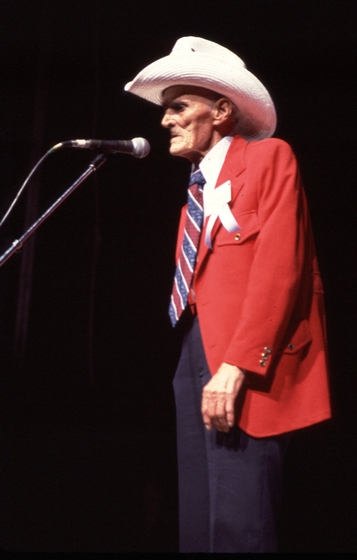 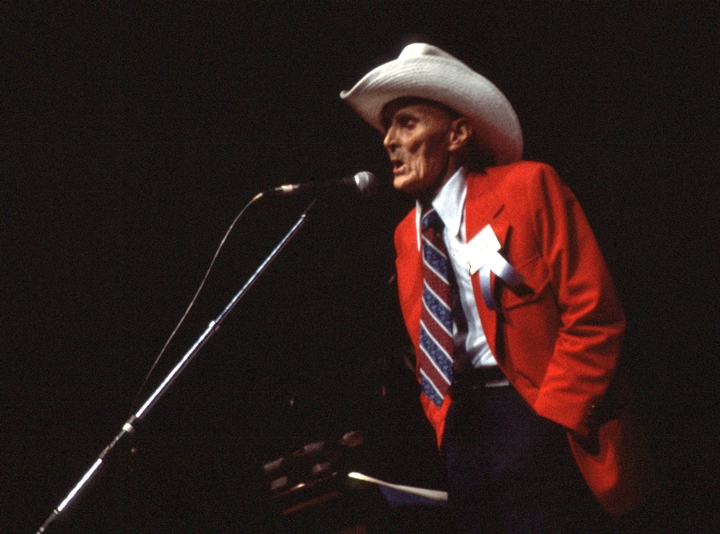 Nimrod Workman's farming family eked out a living in Martin County, Kentucky, in the remote Tug River country. He was named after his grandfather, a full-blooded Cherokee who fought in the Civil War and who taught his namesake the old ballads from Britain about lords and ladies and the ancient Scottish wars. Nimrod's mother was also a singer, and his sister, Laura, played the banjo and the guitar. "My race of people," Workman said, "seem like they pick up music, they can learn it, seem like it's in 'em."

When Workman was 14, his parents signed a minor's release so that he was able to work in the coal mines, where he labored until 1952, when he retired with back and lung problems. On his last day in the mine, he fainted and his fellow workers carried him home to his wife, Mollie, whom he had married in 1929. Workman received no compensation for his illness and injuries, but in 1969 a public program was introduced to help miners with black lung disease. Still, Workman did not qualify for this support until 1971.

Over the years, Workman was active in the bitter struggles for unionization, and he memorialized the hard-fought legacy of his generation in songs that he wrote and sang for his family and community. "I've wrote a lot of coal-mining songs," he said. "I've done a lot of old-timey Christian songs. I've made quite a few of 'em. I worked in the coal mines about forty-four years, maybe a little longer. I've worked many and many ten hours for fifty cents."

Workman and his wife had thirteen children, two of whom died at an early age. "I raised my children by the hardest in the mines," Workman said, "from the old punchers, all the way to the 'Double-B,' to the conveyors, all the way to the 'Joy,' shooting from the solid with an old breast auger. I'm a man who knows mining. I done it. No other way to raise my children but that way. And I thank God that I've raised 'em."

Workman's song "Coal Black Mining Blues" exemplified the hardships he endured and the plight of his fellow miners.

Workman continued to perform into his nineties at community events and festivals around the country, singing to children and adults alike about the deep history of Appalachia. He was the subject of the Appalshop film Nimrod Workman: To Fit My Own Category and of the recording Passing Thru the Garden produced by his daughter, Phyllis Workman Boyens, who is herself a fine singer.

Excerpt from Nimrod Workman: To Fit My Own Category, 16mm and video, Directed by S. Faulkner and A. Slone, Appalshop, 1975
www.appalshop.com

Nimrod Workman and Phyllis Boyens, 'I Am A Traveling Creature,' Passing Thru The Garden, June Appal Recordings JA 001
www.appalshop.com