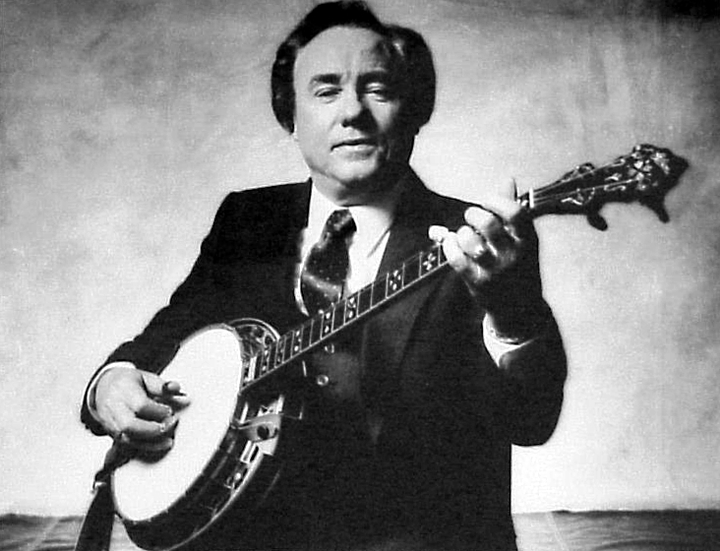 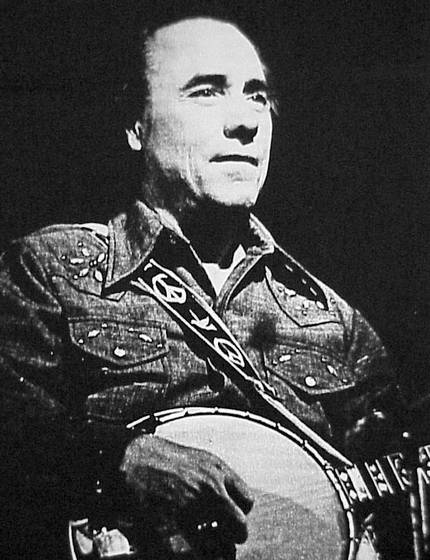 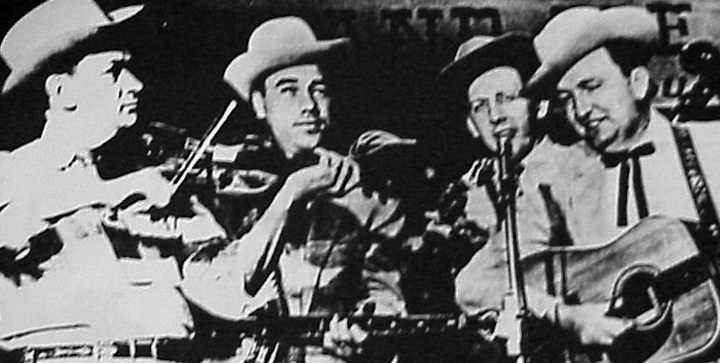 Earl Scruggs grew in the Flint Hill community near Shelby, North Carolina. His father, George Elam Scruggs, was a banjo player and fiddler, but Earl's memories of him were vague. He died when Earl was 4 years old, and although his mother, Lula Ruppe Scruggs, was not a musician, she encouraged him to learn to play. In a short time, Earl was teaching himself. His brothers, Junie and Horace, and his older sisters, Eula Mae and Ruby, all played banjo and guitar, but his biggest influence was a relative, Smith Hammett.

Scruggs watched and listened to Hammett's banjo carefully, and by the age of 6 he was able to play tunes and was starting to emulate Hammett's form of North Carolina three-finger picking. By the age 10, Scruggs had invented the basic syncopation that, superimposed on the older three-finger technique, was to become known as "Scruggs-style" banjo.

As a teenager, Scruggs took a job working in a textile mill but continued to play his banjo. He played for local dances and social affairs and on area radio stations, but his musical aspirations at that time were mediated by his sense of responsibility to help support his mother after his brothers and sisters married and moved away from home.

The music business was, he said, "like looking into a dark room," and after playing with a few local bands, he was "forced to weigh carefully whether it would be stable or not." As he began to refine his three-finger picking technique, he wasn't sure whether he was going in the right direction with his music. "I wasn't happy about what I was doing," he said, "but I didn't know what to do about it."

In 1945, after the end of World War II, his mother encouraged him to pursue a career as a professional musician. He had the opportunity to meet Bill Monroe, who soon asked him to join his band, The Blue Grass Boys. Over the next three years, that band, which consisted of Monroe on mandolin, Scruggs on banjo, Lester Flatt on guitar and Howard Watts on bass, was immensely successful and established the sound that became known as "bluegrass."

In early 1948, Scruggs quit The Blue Grass Boys, discouraged by the demands of the music business, and returned to North Carolina. A few weeks later, Flatt also resigned, and soon thereafter he and Scruggs decided to organize their own group, beginning on a radio station in Bristol, Tennessee. Their theme song was a Carter Family tune, "Foggy Mountain Top," and from it the new band derived its name, The Foggy Mountain Boys.

By the late 1950s, a combination of recordings, radio shows, extensive touring and a syndicated television show had made the name Flatt & Scruggs synonymous with bluegrass. They recorded "The Ballad of Jed Clampett," the theme song for The Beverly Hillbillies television show, on which they made frequent guest appearances. Later, the Scruggs classic "Foggy Mountain Breakdown" was used as the theme of the film Bonnie and Clyde, and he received BMI and Grammy awards for that tune.

In 1969 he separated from Lester Flatt and formed a new band, called the Earl Scruggs Revue, featuring his sons, Gary, Randy and Steve. "The rhythm patterns for much of the Revue material were different from what I had done for so long," Scruggs said. "But Gary and Randy had been playing a lot ... at home, and I was sitting in on a lot of jam sessions with them, and friends would drop by; so really it didn't jump out at me all that much. It has been a refreshing, happy and rewarding challenge." Scruggs continued to perform into the 1980s, but he had to curtail the rigors of touring.

Earl Scruggs and The Foggy Mountain Boys, 'Pike County Breakdown,' on the Flatt & Scruggs TV show, Volume 9, from the collection of the Country Music Hall of Fame