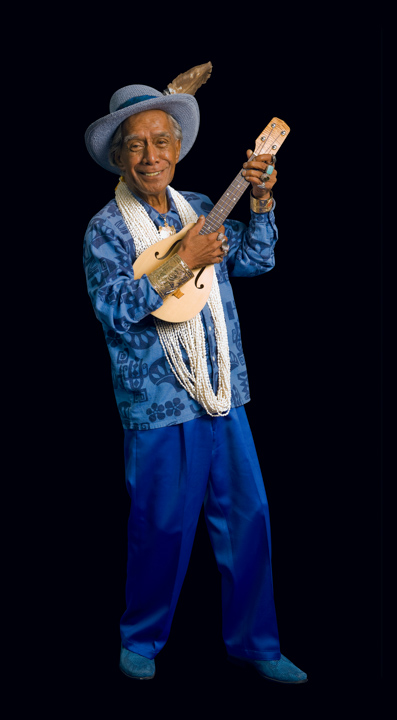 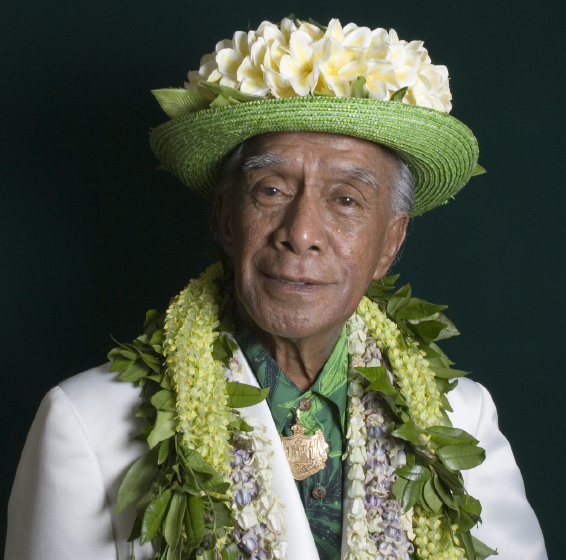 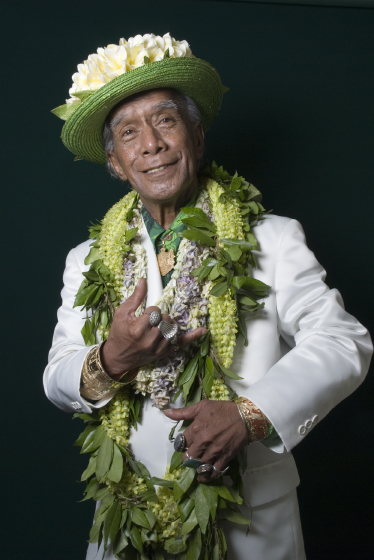 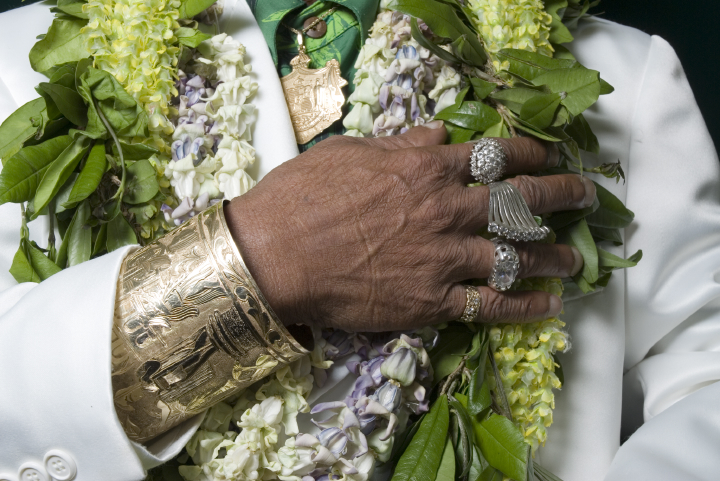 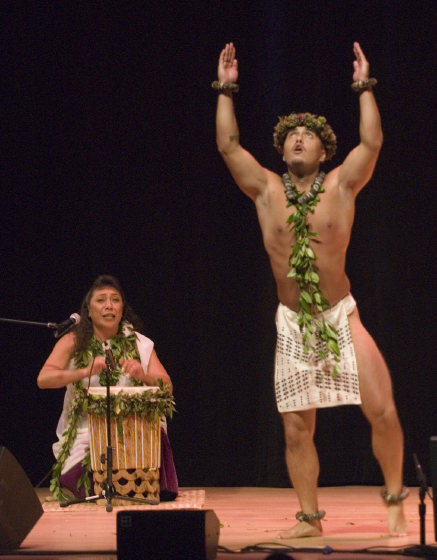 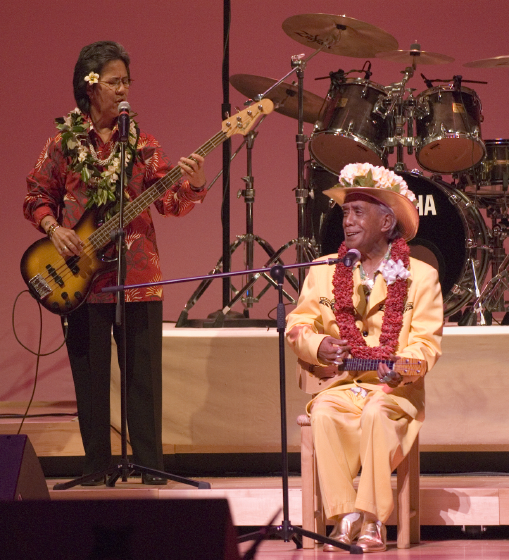 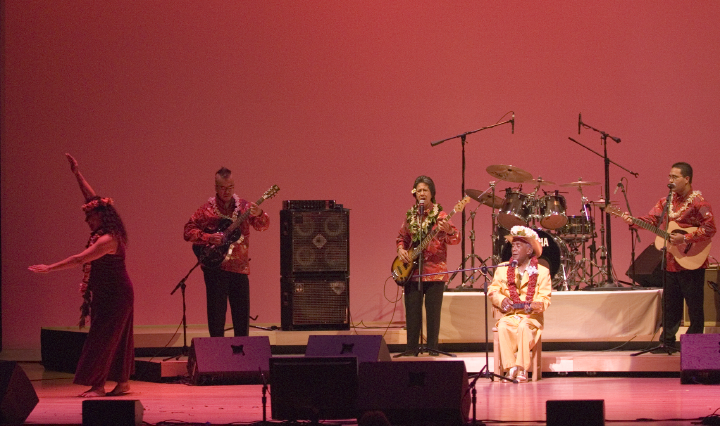 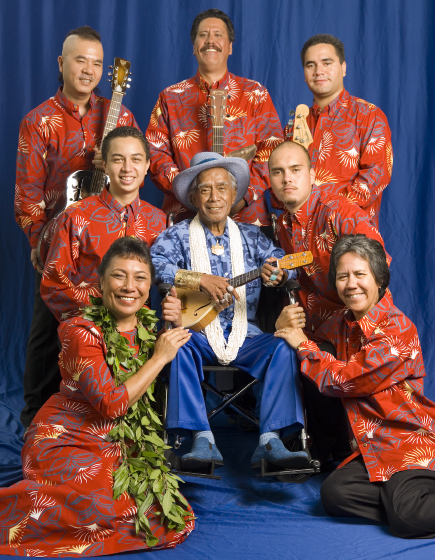 George Na’ope was known in his native Hawaii as “Uncle George.” He devoted his life to preserving the ancient traditions of his people. He welcomed Presidents Franklin D. Roosevelt and John F. Kennedy to the islands and was designated by the state as a "Living Golden Treasure."

Na’ope began learning at age 3 from his great-grandmother Mary Malia-Puka-o-ka-lani Na’ope and began performing when he was 12. He acknowledged that his love of the hula took awhile to develop. “I really started enjoying it when I was about 15 years old,” he told NEA interviewer Mary Eckstein. “I was a little older and a little wiser. It was my great-grandmother — she died at one hundred and four years old — who insisted that I learn the culture. I’m very happy today that I did — and I was fortunate to have great masters to teach me.”

After he graduated from high school, Na’ope moved to Honolulu and established the George Na’ope Hula School. “Other people were teaching the modern hula, and I just happened to be one of the people teaching the ancient hula,” he said. “I finally got them interested in the ancient dances.”

In 1962, Na’ope founded the Merrie Monarch Festival, which focuses on the traditional chant and dance of the islands rather than the modern, Hollywood-influenced version. “You can add the kahiko [ancient] steps to the modern hulas, but you cannot add modern steps to the ancient hulas,” he said.

“In the ancient hula and in all of our chants are the history of Hawaii. Many of the chants are not in books — they were handed down from generation to generation. We’ve tried to preserve all of that so that our youngsters today will know how our people lived in the days of their forefathers and our forefathers.

“I’ve been teaching now for about fifty-eight years. I’ve taught in Japan, Guam, Australia, Germany, England, North and South America, and also in the Hawaiian Islands. I’ve mostly been teaching in Japan because they are very interested in the culture. I’ve been telling them, though, that while it’s wonderful that all these non-Hawaiians are learning Hawaiian culture, they need to remember to learn their own culture as well. When we [Hawaiians] became part of America, most of our people forgot our ancient dances.”

“The hula is the ability to create one’s most inner feelings with the love and respect for our culture. You can put one hundred dancers together all dancing the same dance, and everyone is dancing differently because that’s their interpretation.” The traditional chants and dances are integral to a sense of identity, Na’ope said “We must remember who we are and that our culture must survive in this modern world. If you love your culture, you will teach tradition and the love of the hula. Teach it and share it and not hide it. I tell the young people to learn the culture and learn it well, preserve it so their children and their children’s children can continue with our culture and that our culture will live forever.”

George Na'ope interview on KITV-4 in Hawaii in 1990, courtesy KITV-4

George Na'ope performs the first chant he learned about the 'Birth of Hawaii,' Bethesda, Maryland, 2006. Interview by Alan Govenar

George Na'ope answers the question 'What is the first lesson in hula?' Bethesda, Maryland, 2006, interview by Alan Govenar

George Na'ope answers the question 'Where have you taught hula?' Bethesda, Maryland, 2006, interview by Alan Govenar