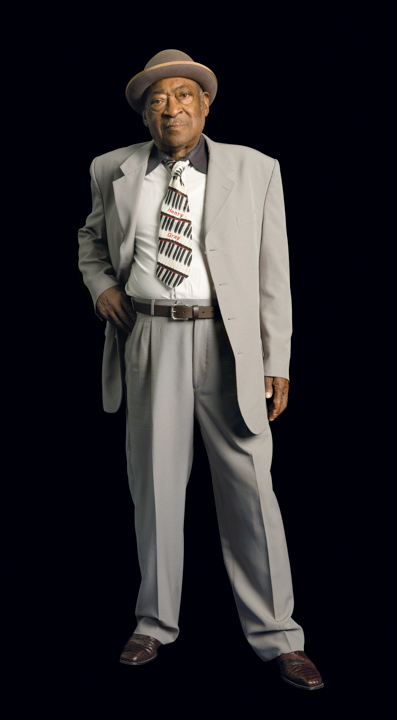 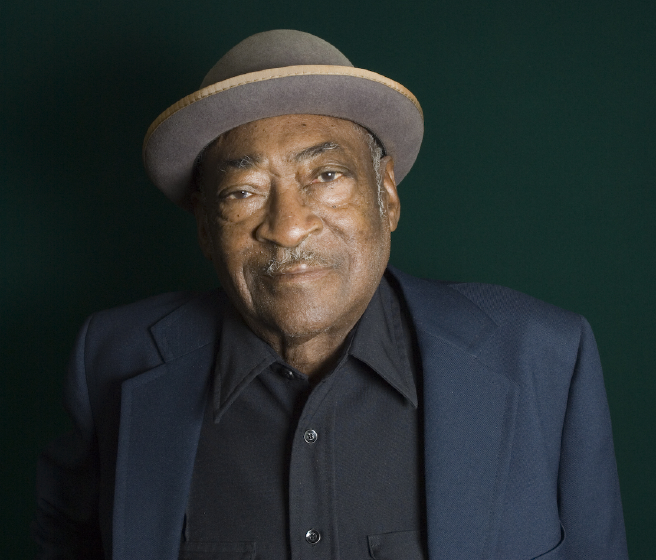 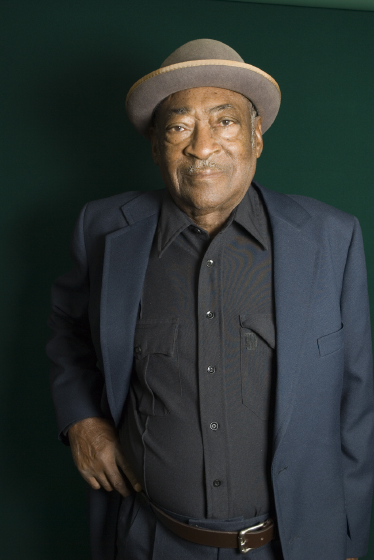 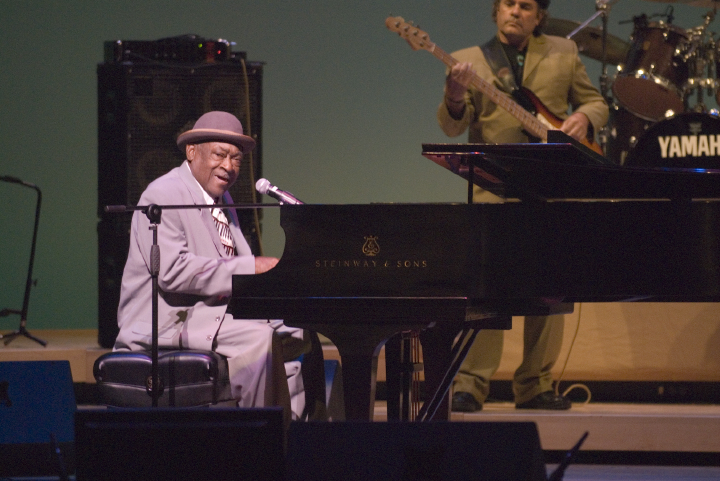 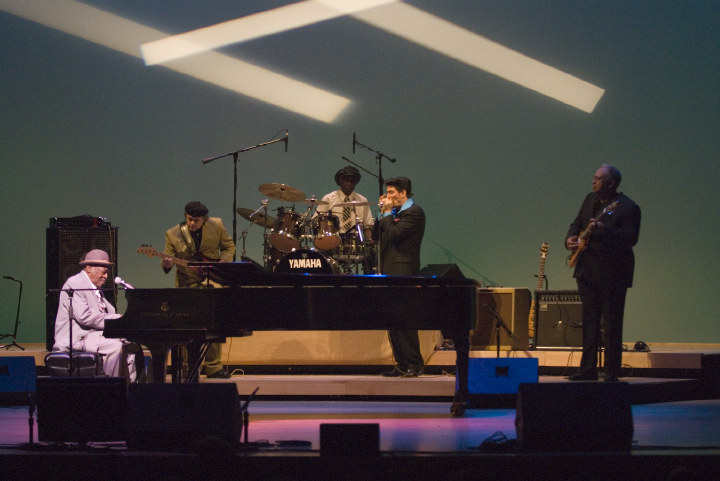 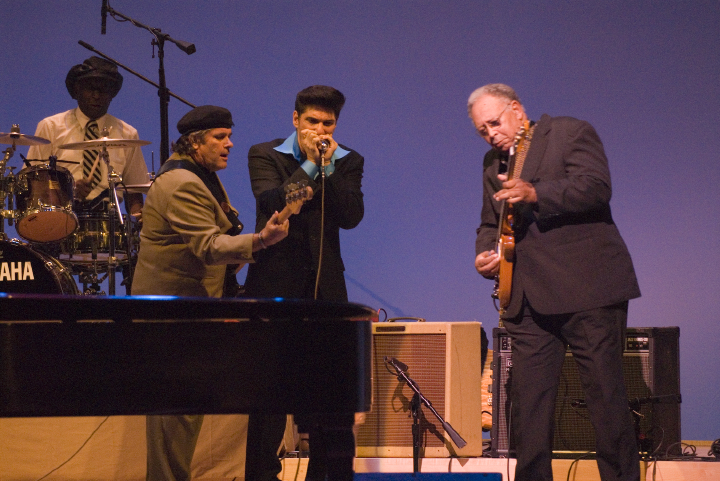 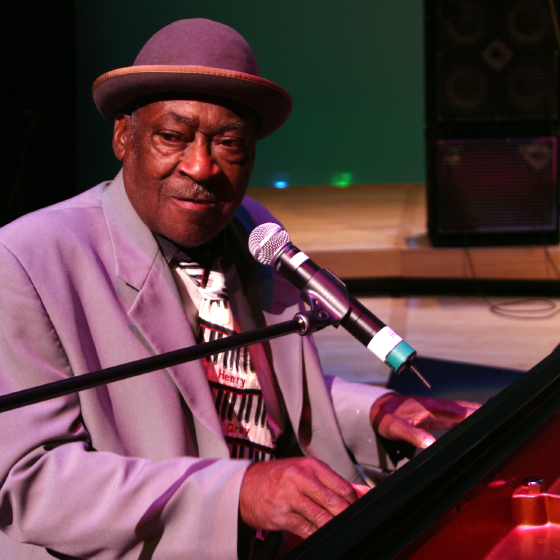 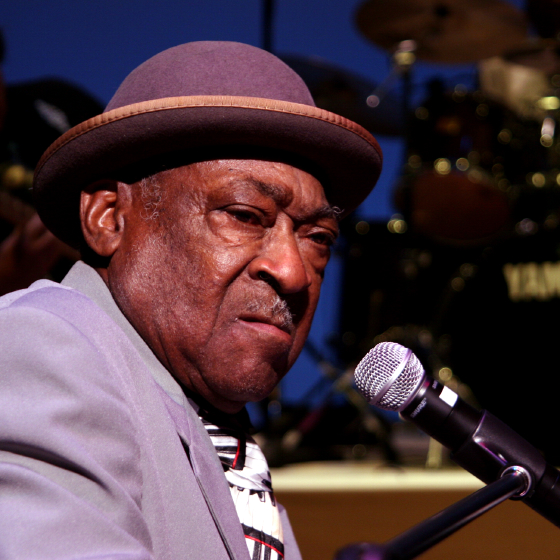 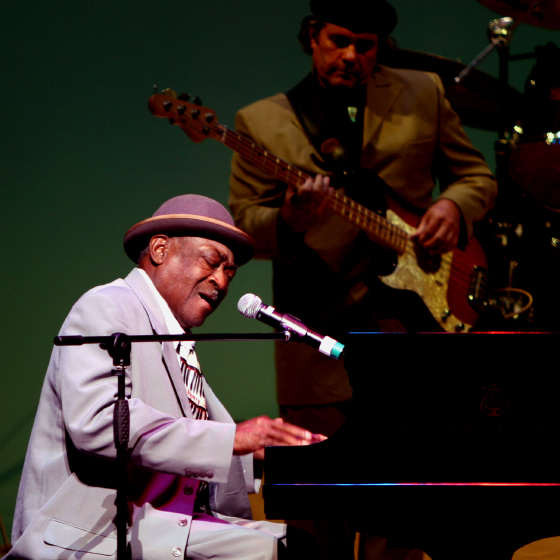 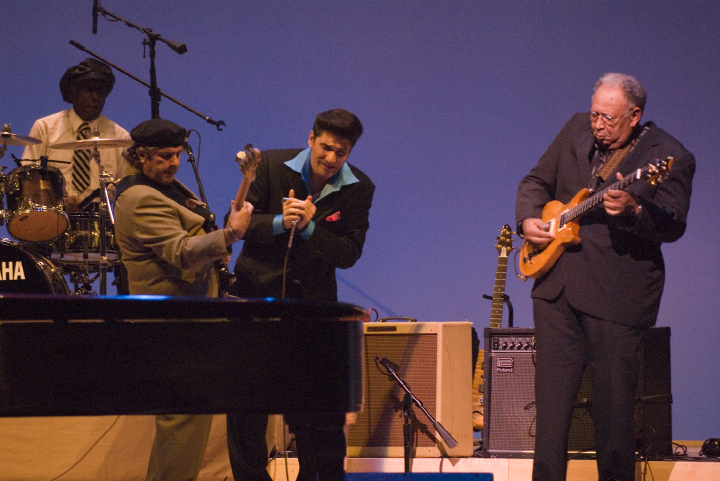 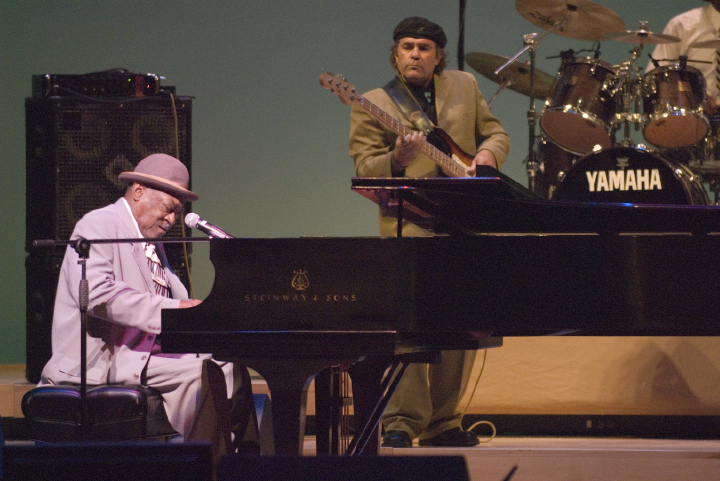 While growing up on a farm in Alsen, Louisiana, a few miles north of Baton Rouge, Henry Gray began playing piano when he was about 8 years old. An elderly woman in the neighborhood, Mrs. White, gave him lessons, and he began playing piano and organ at church. The family eventually acquired a piano, but Henry wasn’t allowed to play the blues at home. Mrs. White, however, had no such aversion, so he could practice at her house.

When Henry was a teenager, he was offered a gig with a band at a club in Alsen. His father agreed to let him play, but only if he went along to the club. “When my father saw that I could make money playing the blues, he liked that all right,” Gray later recalled, adding that his father kept the money.

After serving in the Army in the South Pacific in World War II, Gray joined the African American migration from the South to Chicago. He found a mentor in Big Maceo Merriwether. The barrelhouse piano player had suffered a stroke and couldn’t use his left hand, so Gray sometimes played that part. “That’s how I learned his style,” he told the Japanese Blues Market Magazine in 1998.

In 1956, Gray joined Howlin’ Wolf’s band. During his time in Chicago, Gray played and recorded with any number of other blues greats, including Muddy Waters, Little Walter, Sonny Boy Williamson and Jimmy Rogers. He worked regularly as a sideman on the Chess label, which issued many of the classic Chicago blues records.

In 1968, Gray returned home to Louisiana after the death of his father to help his mother in the family business. While working as a roofer for a local school district and raising a family, he played in clubs around Baton Rouge. Eventually he began recording and touring again, both and home and overseas, playing and singing classic covers and his own originals, including “Showers of Rain,” “Cold Chills” and “Feel Like a Stranger.” His festival performances included regular appearances at the New Orleans Jazz & Heritage Festival. In 1998, he was nominated for a Grammy Award and played at Mick Jagger’s 55th-birthday party in Paris. In 2003, Gray was featured in Clint Eastwood's "Blues Piano," which was part of Martin Scorcese's seven part series The Blues. In the same year, Gray was featured in a concert at Morgan Freeman's club Ground Zero in Clarksdale, Mississippi, which became the DVD Falsifyin'. In 2006, Gray starred in the independent film The Glass Chord as Saul Solomon, an aging musician suffering from Alzheimer's disease.

Speaking of the 1999 recording Blues Won’t Let Me Take My Rest, Nick Spitzer, host of Public Radio International’s American Routes, said, “In working and playing in a musical arc that runs from Baton Rouge to Chicago and beyond, to wherever people love the blues, piano man Henry Gray has steadfastly carried forward the musical tradition that first touched him at a young age. Gray's ensemble playing with Howlin’ Wolf for over a decade and his life-long contribution in bringing attention to the sometimes overlooked Baton Rouge scene have earned him a reputation as a reliable veteran of the blues. This recording finally puts Henry Gray, his voice and piano — at once rough and ready, mellow and sweet — at the center of his friends and followers, live in Louisiana. He has never sounded better.”

Henry Gray answers the question 'How did your family respond to you playing the blues?' Bethesda, Maryland, 2006, interview by Alan Govenar

Henry Gray answers the question 'What does the blues mean to you?' Bethesda, Maryland, 2006, interview by Alan Govenar