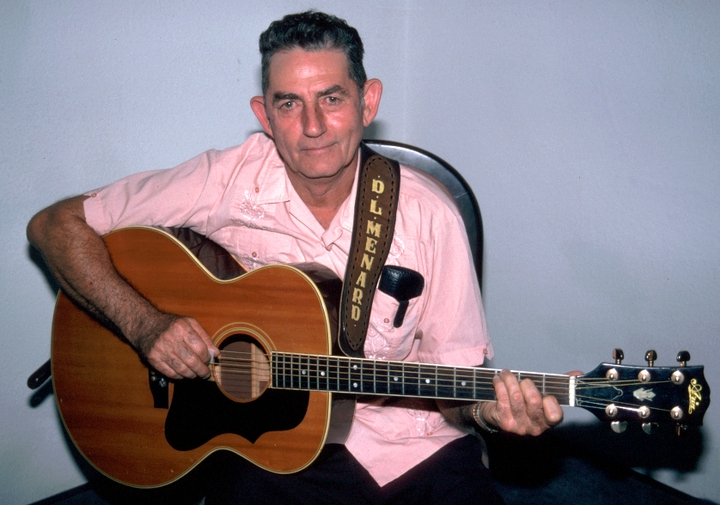 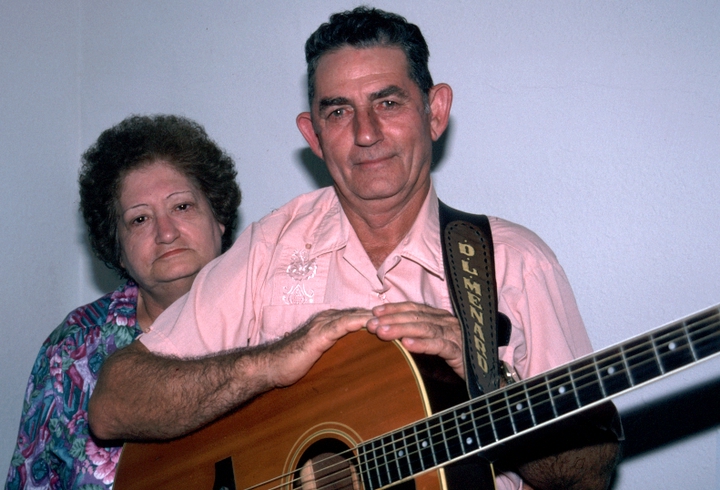 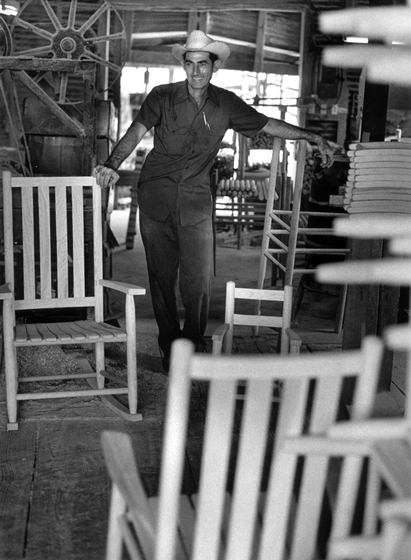 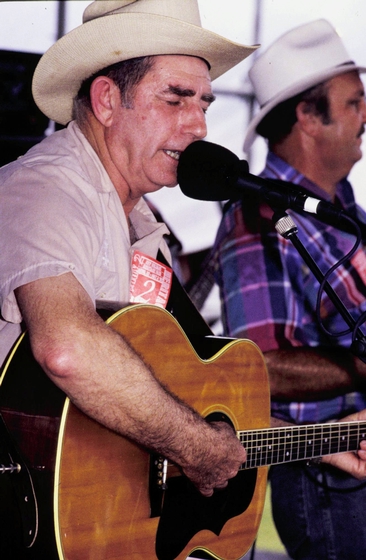 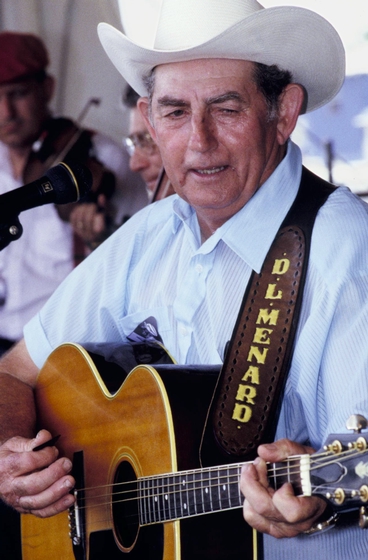 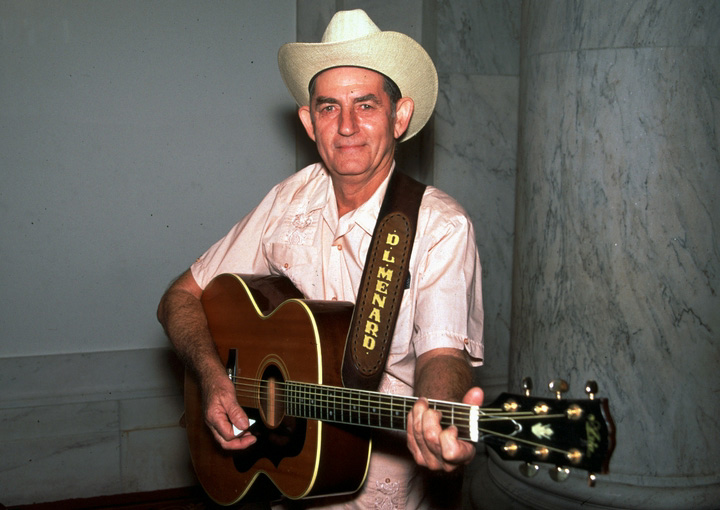 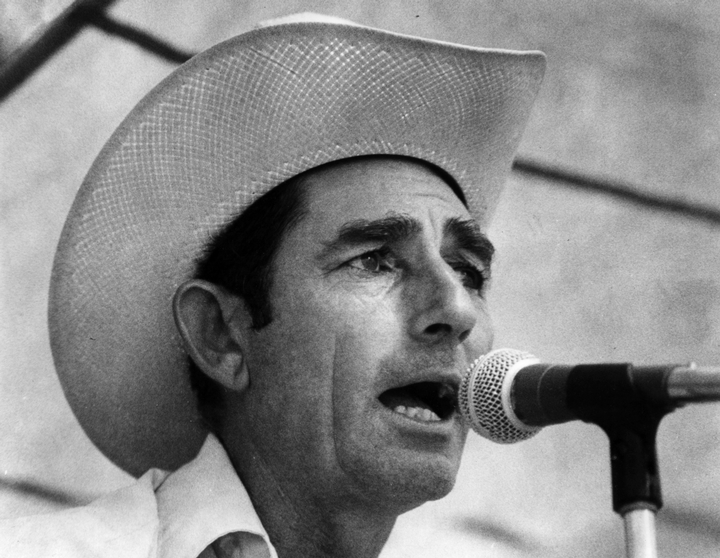 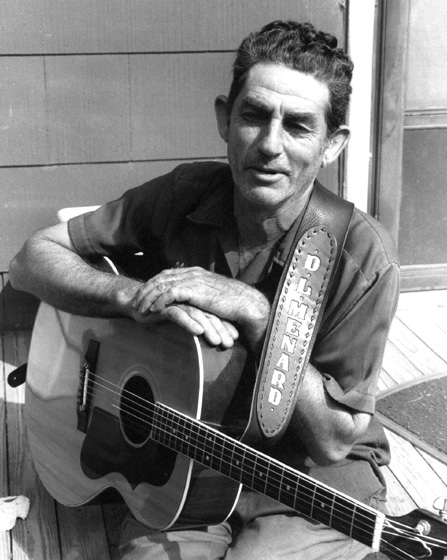 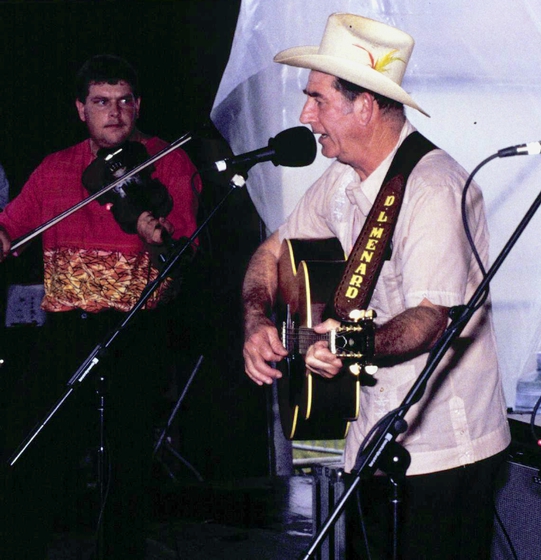 D.L. Menard was born outside of Erath, Louisiana, near the sugar cane farms and saltwater marshes of Vermilion Parish. His father was a popular harmonica player in the area, but he didn't sing or play very much at home. Growing up, Menard was a fan of Hank Williams and early country music. He said, "I first learned to sing by listening to an old battery-powered wooden radio that we had. Every night I turned it on to listen to Del Rio, Texas, and I learned those songs that I heard on the radio. The battery would die every year about a month or two before we sold the cotton.... That was the hardest time, without the radio. I didn't play the guitar yet, but that's where I learned all my first songs. And all those songs were in English. I couldn't hear any French songs on the radio."

When Menard was 16, his parents quit farming and moved into the town of Erath. There he heard his first live Cajun music and, he said, "fell immediately in love with the guitar" after hearing the guitarist in his Uncle Edwin's band. The guitarist agreed to teach him to play if he got his own instrument. Excited, Menard ordered a guitar for $11 from the Montgomery Ward catalog, and after the first week of lessons, he knew most of the chords he needed to perform. Within two months, Menard was ready for another guitar and bought one from the Sears Roebuck catalog. Shortly thereafter, he played his first dance job, accompanying Elias Badeaux and the Louisiana Aces.

At first, Menard specialized in singing English-language songs and left the Cajun ones to the more experienced singers. Soon enough he was not only applying his heartfelt voice to songs in French, but adding French words to instrumentals. Cajun French had been forbidden in school while Menard was growing up, and consequently he had never paid as much attention to Cajun music, as he might have otherwise.

With the Louisiana Aces, Menard learned the words to the songs his band was singing and listened to record albums of other Cajun musicians. Gradually, he started to compose his own lyrics in French, and in 1960 the band recorded his "Vales de Jolly Roger" for Swallow Records. The following year he composed "La Porte d'en Arriere" ("The Back Door"); he says that writing down the lyrics took him all afternoon. "The story just came to me all at once, but I was working in a service station at the time. I had to fix flats and pump gas and serve the people, so I was only able to get to the song between jobs. I knew exactly what I wanted to say, but I didn't have time to sit down and write it all out at once. Every little chance I had, I would get my notepad and write down what I could. I wrote the words in English because I don't know how to write in French, but the song was in French." Within a week of being recorded, the song was a huge success with local listeners. Its popularity surprised everyone, including Menard.

"In those days," he said, "a [recording] session cost $175, which included three hundred records, you understand, and you could sell them. "La Porte d'en Arriere" came out on a Wednesday, and by Saturday I had my $175 back already and some extra money to split among the guys in the band.... That night, we had to play it seven times on the bandstand."

"La Porte d'en Arriere" and many of his songs, such as "Un Homme Marie" and "La Vie d'un Vieux Garcon," have become part of the standard traditional repertoire. In time, Menard quit his service station job to find a more flexible one He learned to make rocking chairs from ash lumber and dry hardwood rounds and opened a shop next to his house. His wife, Lou Ella, wove the seats. His rockers can now be found in homes throughout southwest Louisiana, and when he appears at festivals, he often demonstrates chairmaking when he's not playing music.