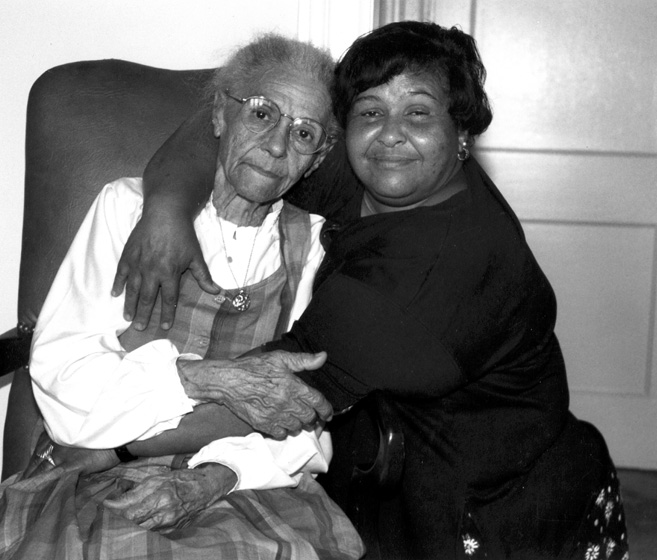 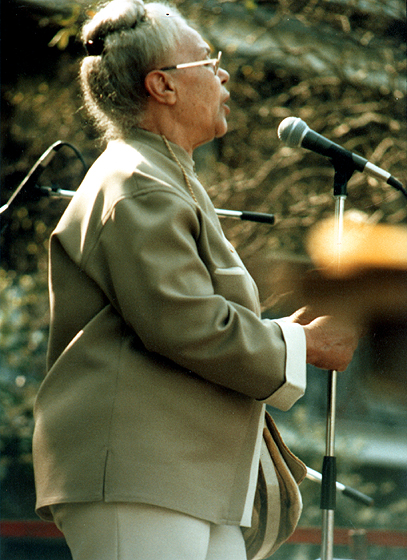 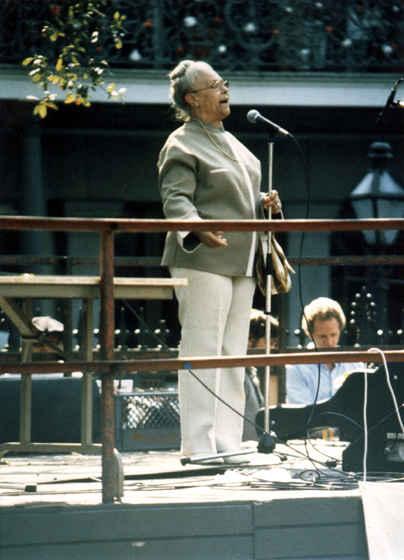 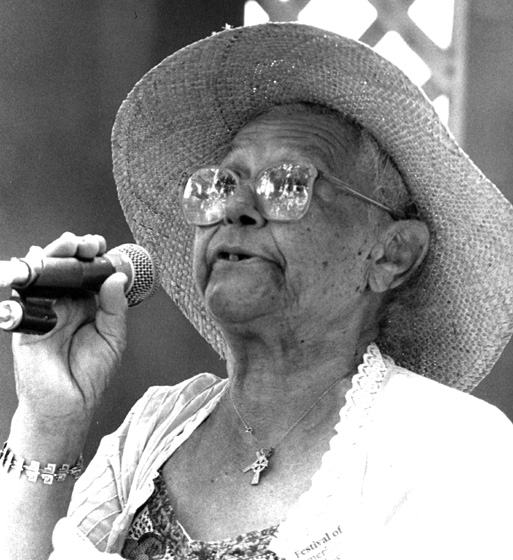 Inez Catalon was born in Kaplan, in southwest Louisiana, the youngest of ten children of German, French, Spanish and African ancestry. "My granddaddy on my father's side was Spanish ... son of a Spanish father and a black mother, who was a slave," she said. "My great-grandfather had bought him 1,000 acres of land at 25 cents an acre, and he married a woman from France, Marcellete Bouquet.... My mother's father [a German] married a Broussard. So, you see, we are a very culturally mixed-up family."

Both her father and mother sang, but her father died when she was a young girl. She began singing at an early age. She never went to school, but, she said, "I always worked with people that understood me, and ... that was more play than work because I had too many friends around the house. I got on friendly with the girls -- we were like one big family."

Catalon recalled that her sisters weren't interested and that she liked to sing along with her mother, even though her mother was sometimes critical of her. "After my father died," she said, "when it would be cold in the wintertime, we had this fireplace, and Mama would sing. She'd do it maybe when she got lonesome for her husband. And I'm sitting next to her, and she's in the middle, and we're on both sides. But sister ... maybe she'd have a needle and thread ... maybe she was sewing ... me, never that. I would look at Mama sing, and I'd repeat the words ... you know, and then sometimes I would sing with her, and she would correct me. She would say, 'Oh, Lord, you don't know how to sing. Your tongue is too heavy.' She had a beautiful voice, but I told my mother I liked to sing. And I liked to hear myself sing, and I like the way I sound when I sing, but my mother could speak better French than I could because she didn't speak English. She was French."

Catalon's mother had a deep, rich voice, while hers, she said, "came right from the top." Still, Catalon persisted and learned most of the songs with French lyrics that her mother knew. In both France and Louisiana, these are known as cantiques. Some tell humorous stories ("M'Amie m'avait donne") or recount tales of love ("Je suis un homme d'une grand famille"). In addition, Catalon sang lullabies, ballads and historical songs. Her artistry epitomized genuine folk song, in which the singer learns the song as something inseparable from lifestyle, family and community associations and, through music expresses intensely personal experiences that are internalized as the songs are passed on from one generation to the next. Catalon represented the rich tradition of home singing, in sharp contrast to Creole zydeco and Cajun dance hall music, which until recently was performed almost exclusively by men.