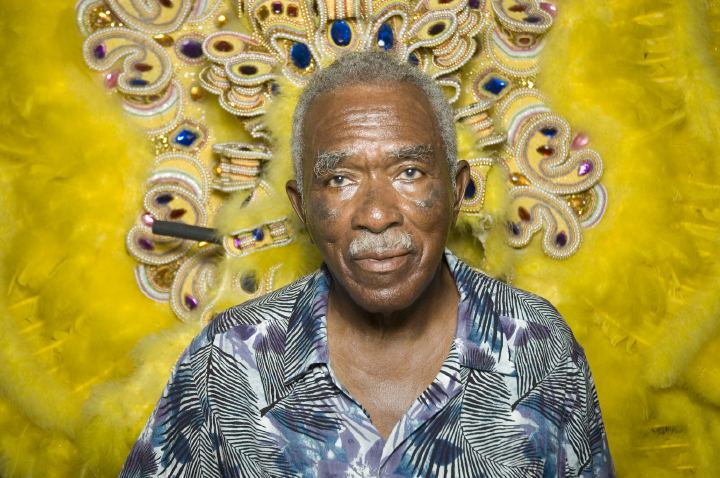 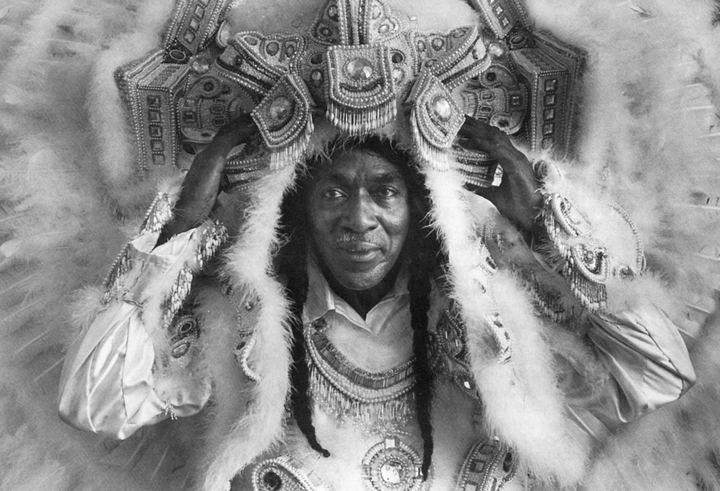 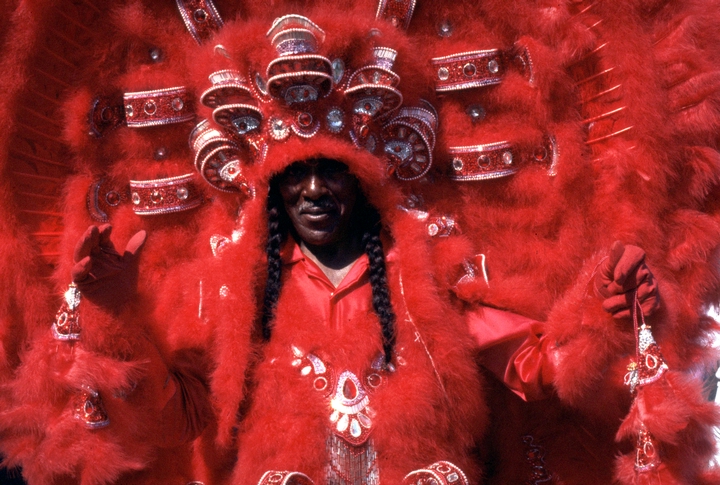 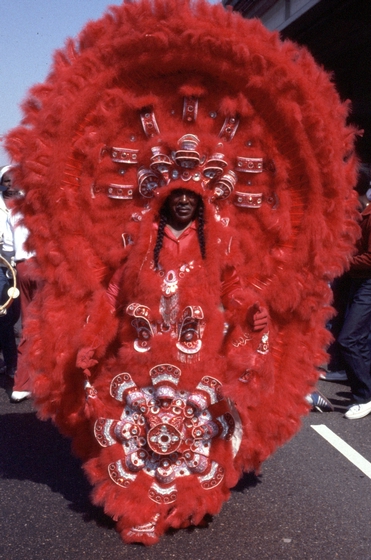 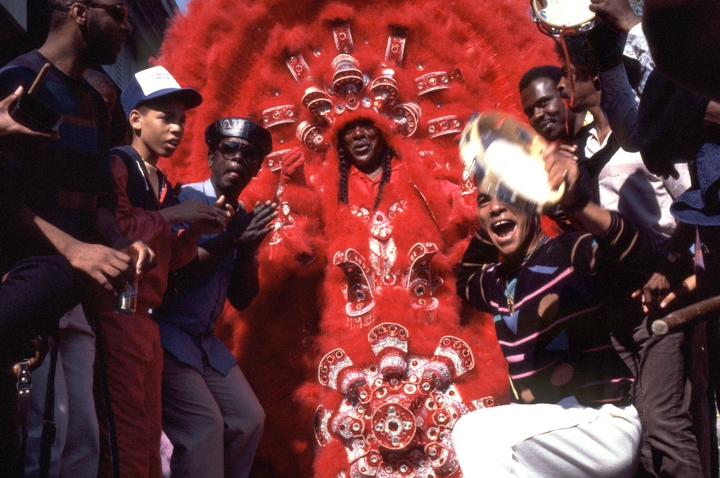 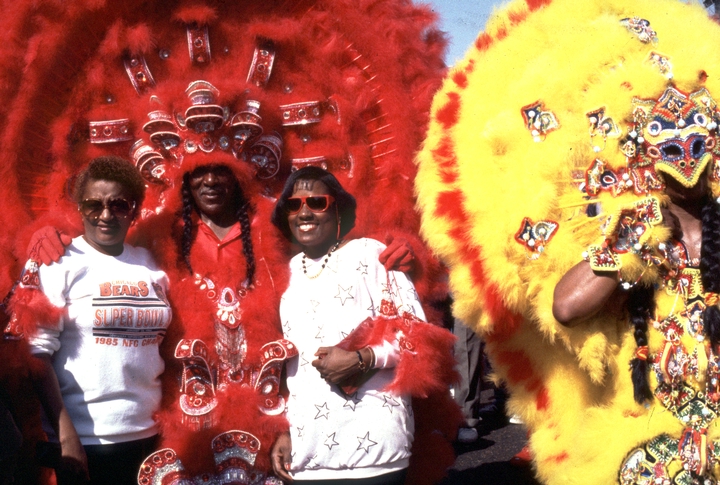 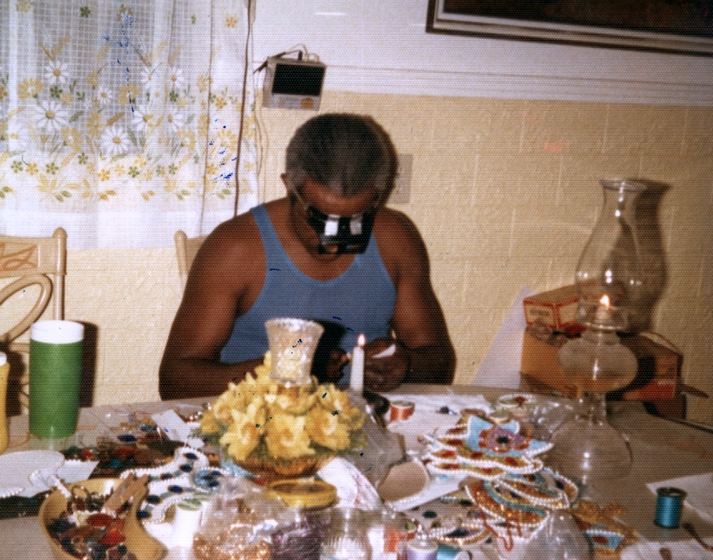 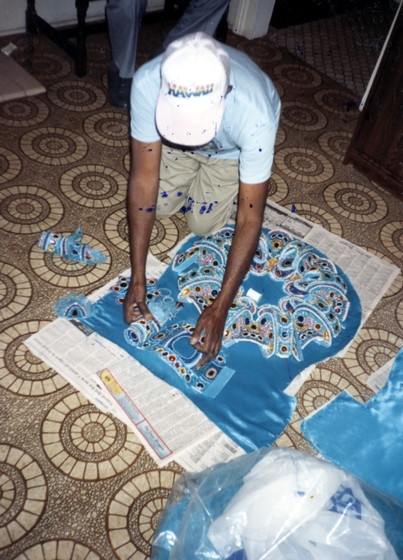 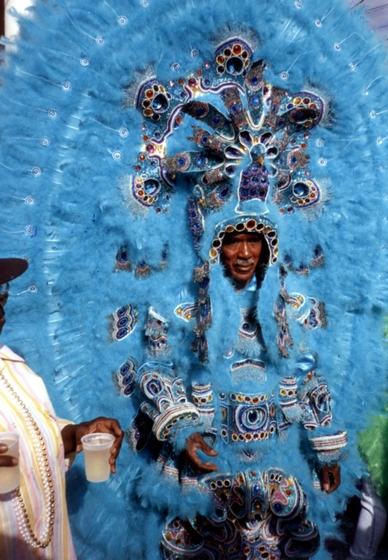 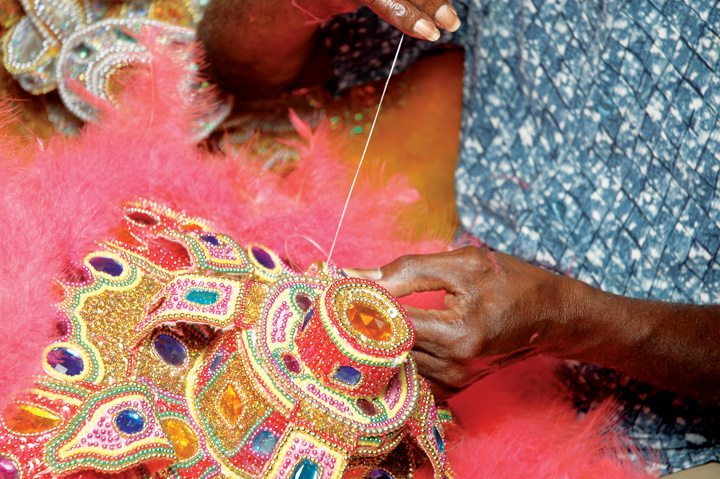 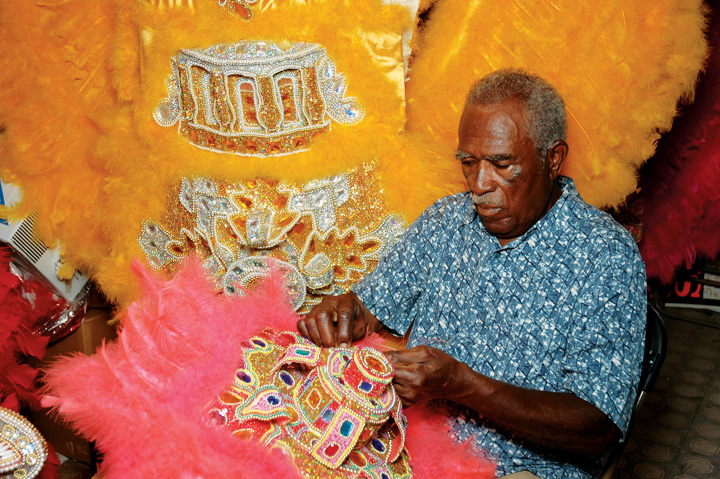 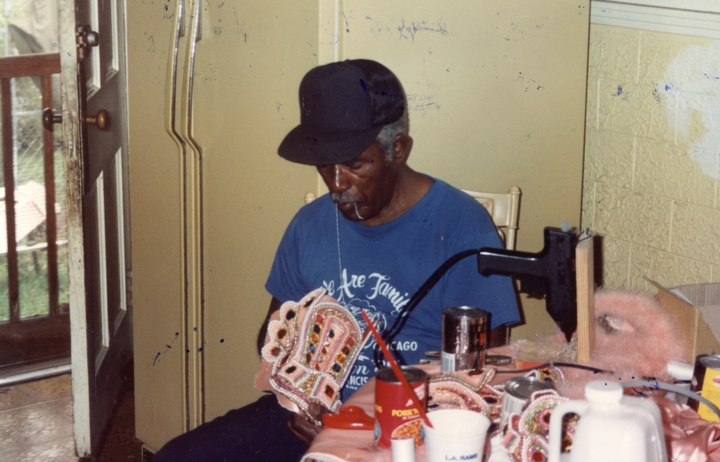 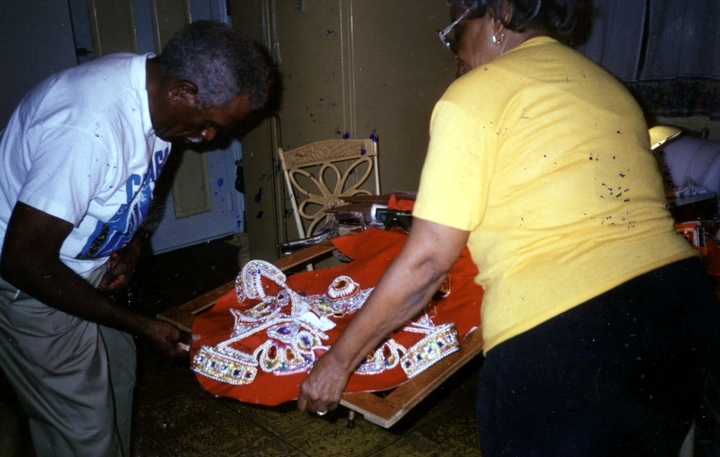 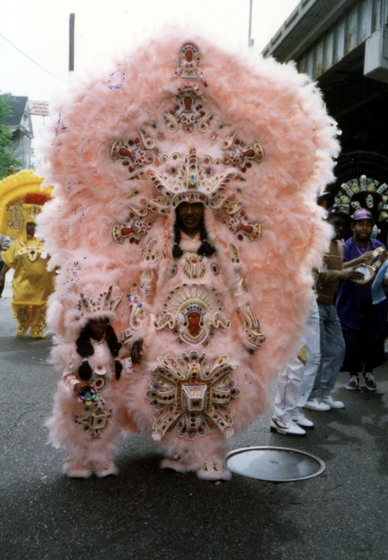 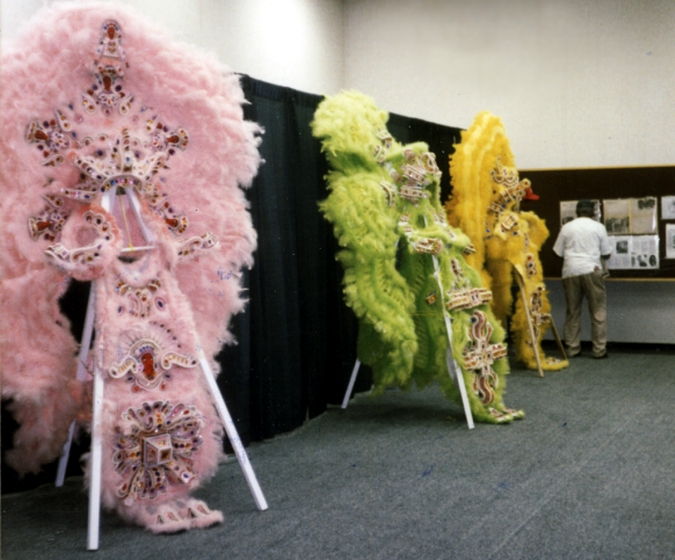 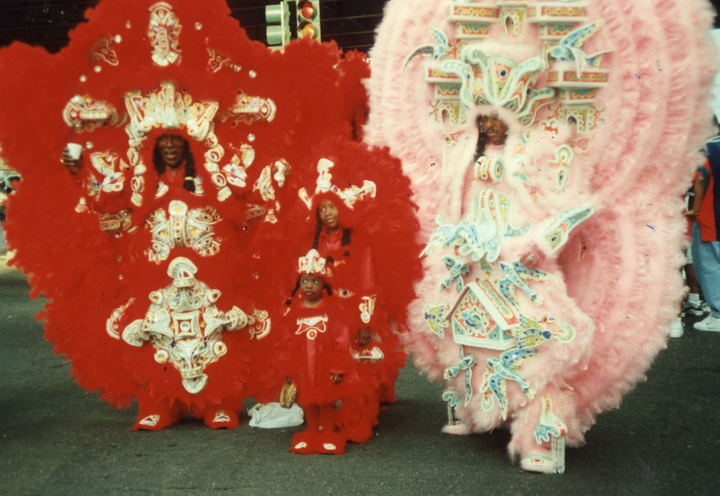 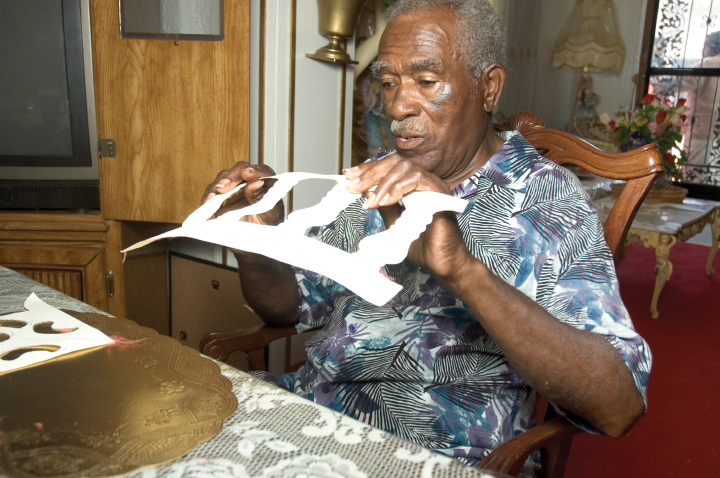 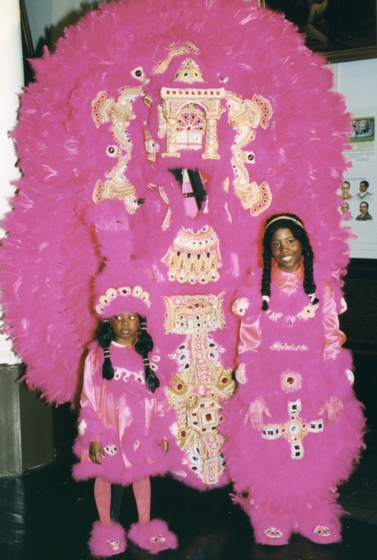 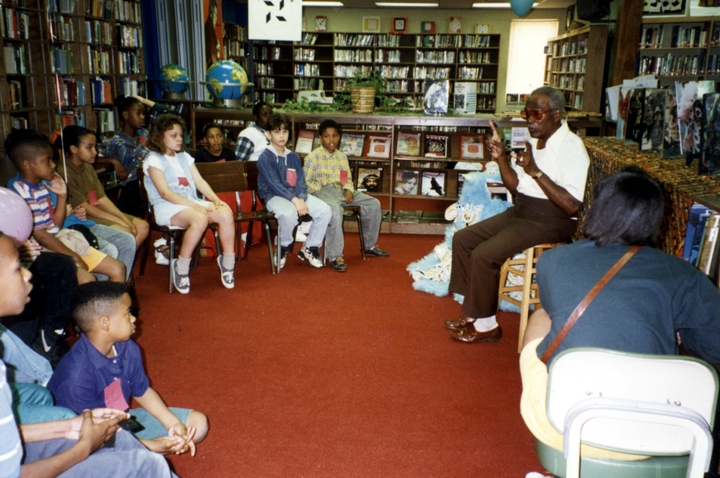 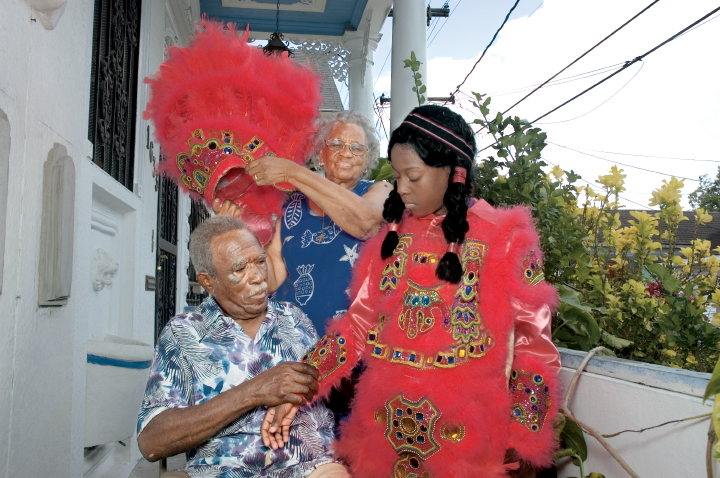 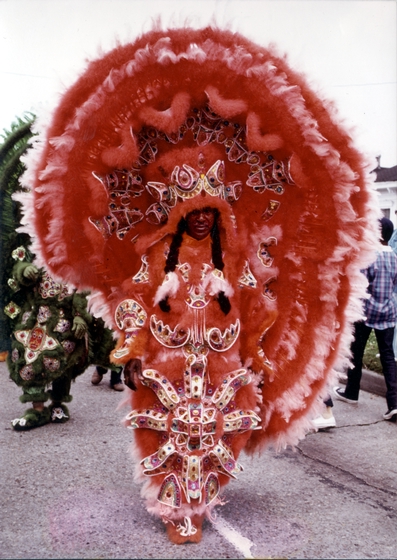 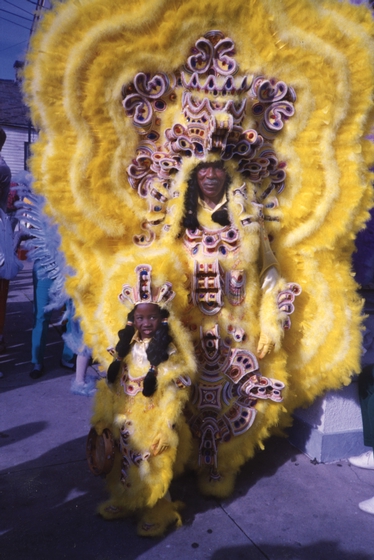 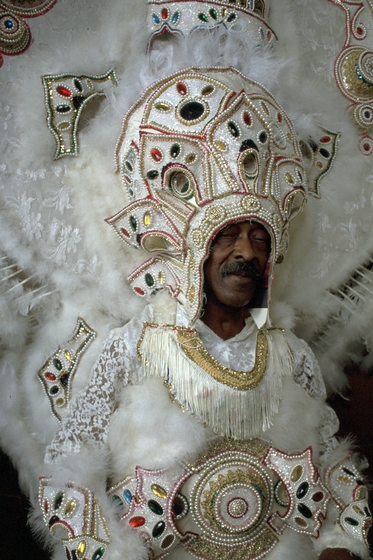 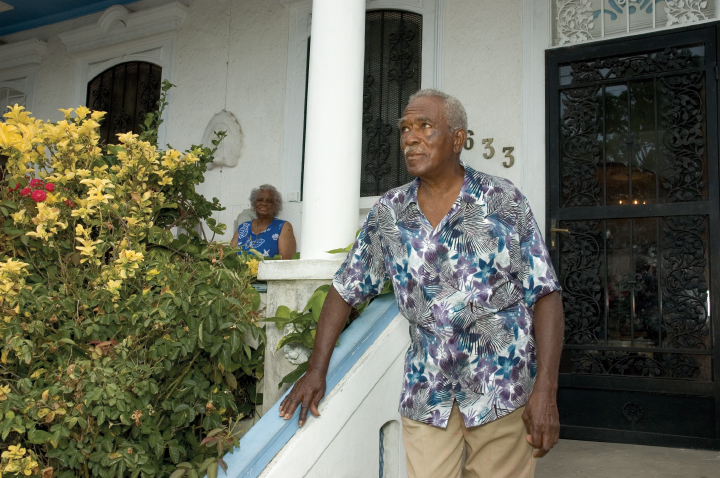 Allison "Tootie" Montana spent his life in New Orleans, Louisiana, leaving only to work in California shipyards for a few years during World War II. His father, Alfred Montana, served as Big Chief of the Yellow Pocahontas Mardi Gras Indian tribe from the 1920s until America's entry into World War II forced the cancellation of Carnival. After the war, Tootie began masking with the Eighth Ward Hunters, and in 1947 he became Big Chief of the Monogram Hunters, a tribe he founded with some friends. In 1956, Montana married Joyce Francis, who never masked herself, but who helped Tootie make his costumes, which might cost hundreds or even thousands of dollars to make.

In the late 1950s, Tootie returned to his position as Big Chief of the Yellow Pocahontas, which he held until 1998, when his son, Darryl Montana, replaced him. The next year, Tootie made a new Indian suit and masked as the Executive Counsel of the Yellow Pocahontas. For most of his adult life, he worked as a lather, building frames for plaster structures. At first, the frames were made of wood; later, metal was used. Over the years, in his spare time, he has devoted himself to perpetuating the Mardi Gras Indian tradition. His individual artistry is recognized by all; he is a gifted costume designer, a brilliant dancer and song leader, and an eloquent artistic director of his group.

Montana traces his tradition back to 1880, when his great-uncle, Chief Becate, founded the Yellow Pocahontas tribe; it is believed he was part African American and part American Indian. The organization of the tribal parade reflects a humorous and fantasy-filled interplay between two cultures, bringing together an African cultural style with Indian motifs. The various chiefs, representing different tribal groups, march in the rear, followed by a large group of supporters who are not in costume and who are referred to as the "second line." Ahead of them runs the "Spyboy," a costumed scout who moves down the center of the street a block or two ahead and sends back signals to the "Flagboy," a bearer of the tribal banner, who in turn relays signals announcing "trouble" or "all clear" to the chiefs.

In earlier times, the tribes were often known as gangs, and there used to be physical trouble — even bloodshed — when two tribes met; in recent years, Montana said, "they try to outdress one another." Costumes, songs, and dancing are planned, prepared, and practiced for months before Mardi Gras Day, and thus the black neighborhoods of New Orleans gather in collective aesthetic Sunday rehearsals, held after church obligations have been met, for three or four hours of intensive dance and musical practice.

On Mardi Gras Day, numerous Black Indian tribes debut their new costumes. Hundreds of people parade through the streets accompanied by tambourines and drums, singing in call-and-response style, following groups of black men who are fantastically arrayed in costumes of thousands of hand-sewn beads, plumes, feathers, and rhinestones.

The ancestors of today's Black Indians were Native Americans of the southeastern United States and African slaves who met in places like the New Orleans French Market. These groups interacted while buying and selling spices, foods, and other goods, and over time developed social networks. The Mardi Gras Indian tribes of New Orleans embody a melding of Native American, Afro-Caribbean, and Afro-American culture. They have retained distinct cultural identities amid the urban environment of New Orleans.

In addition to traditional dress, dance, and music, performance is an integral part of their cultural expression. Contemporary costumes represent African and Native American influences, as well as elements of American popular culture. The Black Indians appear in their elaborate costumes traditionally only twice a year: on Mardi Gras Day and on the Feast of St. Joseph, three weeks later. In recent years, however, many tribes have also appeared at the Jazz and Heritage festival in April and on a special parade day, called Super Sunday, in May.