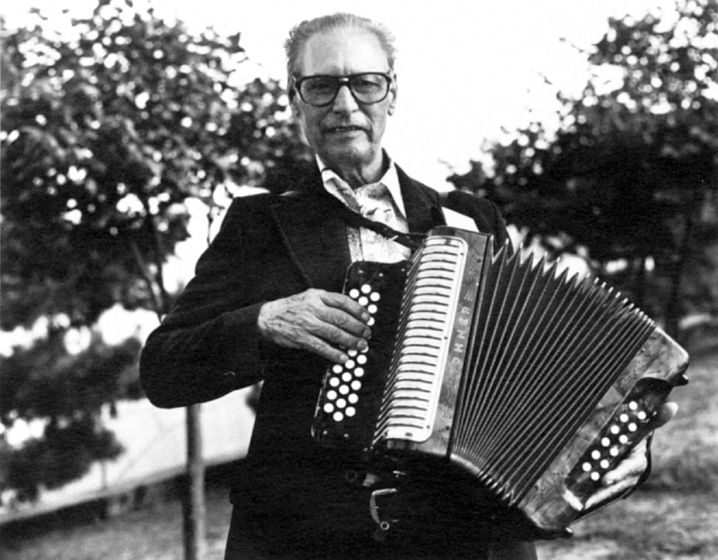 Pedro Ayala was born in General Terán, Nuevo León, about 100 miles west of Reynosa, Mexico. When he was about 8 years old, his family came to the United States, where they settled in the rural town of Donna, Texas, in the Rio Grande Valley, and worked as farm laborers.

Pedro's father, Emilio Ayala, played the clarinet and accordion professionally and taught his children the basics of traditional music. One of Pedro's sisters played violin, a brother played accordion and another brother played guitar. When Pedro was 10, he began accompanying his father on the tambora (drum) at small family gatherings and local dances. By age14, Pedro was playing a two-row button accordion and guitar and jamming with one of his favorite accordionists, Chon Alaniz.

In the early 1930s, Ayala played guitar in a local orquesta for a short time. All the while he was still practicing the accordion, building his confidence to play in public. Around this time one of his brothers died. His mother decreed that there would be no more music in the house, and Ayala was forced to stop playing.

In 1935, he married Esperanza Benítez and began to perform professionally. He decided to concentrate on the accordion as his principal instrument and divided his time between work as a farmer and as a musician. Over the course of his career, Ayala made ten albums and numerous 78- and 45-rpm recordings that included polcas (polkas), chotes (schottisches), valses (waltzes) and redovas.

In 1959, Ayala and his family became migrant workers, traveling to Michigan, where they picked cherries, as well as to Ohio and California, where they worked the grape fields. During the days they labored in the fields; on weekends Ayala and his fellow musicians played for local dances.

Ayala was one of the pioneers of the Texas-Mexican conjunto music tradition, also known as norteño. He was a contemporary of Narciso Martínez, who also played accordion in South Texas. In the 1940s and 1950s, Ayala was an acclaimed performer among working-class Mexican Americans in Texas. He was known as "El Monarca del Acordeón" ("Monarch of the Accordion"). In 1947, he recorded with Mira, a newly established record company in McAllen, Texas. Mira, renamed Falcón, became a large and successful Chicano recording company. For the Mira label he recorded the pieces "La Burrita" and "La Pajarera."

Throughout his professional life, Ayala maintained the stylistic core of his musical tradition, while simultaneously trying out innovative techniques and ideas. He experimented with adding the tololoche (stand-up bass) to the basic conjunto ensemble, thereby setting the stage for later conjunto exemplars, such as Valerio Longoria and Tony De La Rosa.

The distinctive character of Ayala's compositions and the high quality of his musicianship brought him numerous admirers and students, notably his own sons, Ramón, Pedro Jr., and Emilio, who formed their own conjunto, Los Hermanos Ayala (The Ayala Brothers).