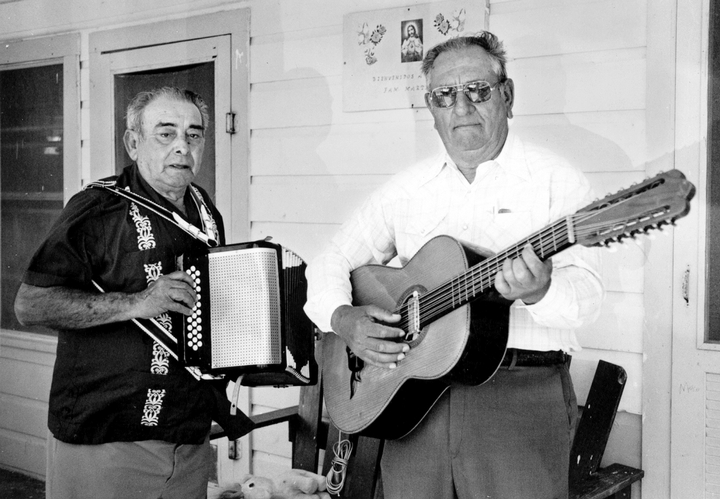 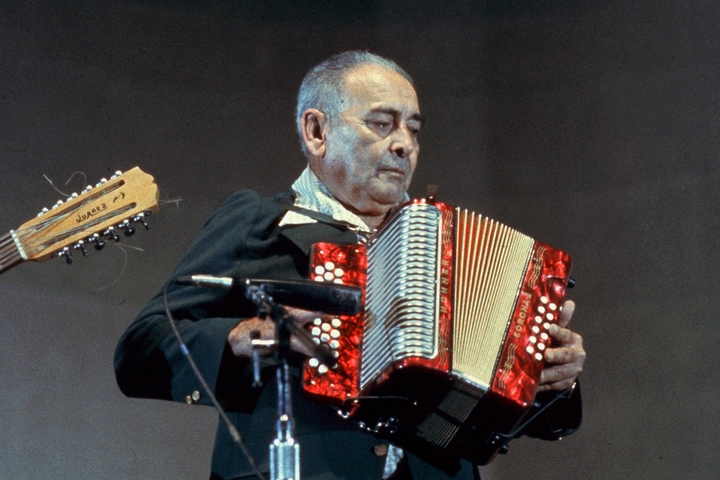 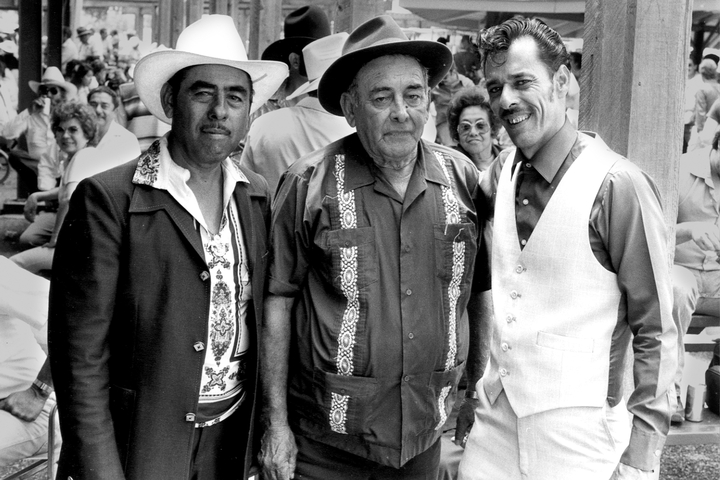 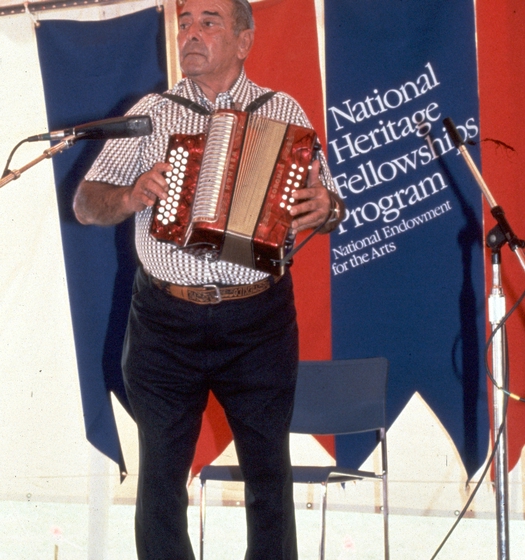 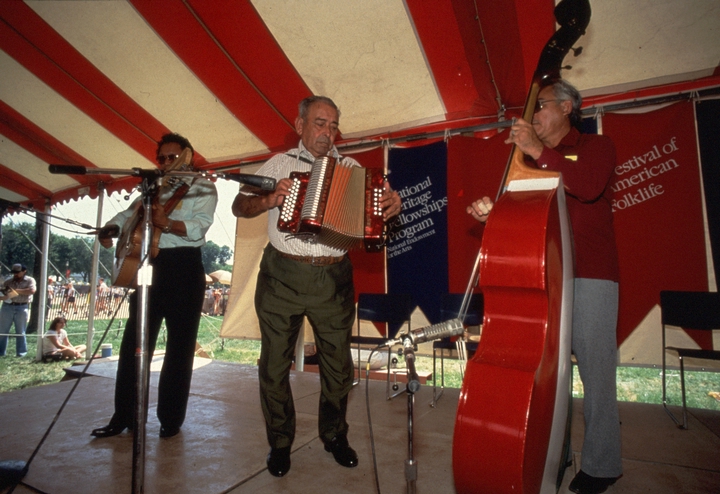 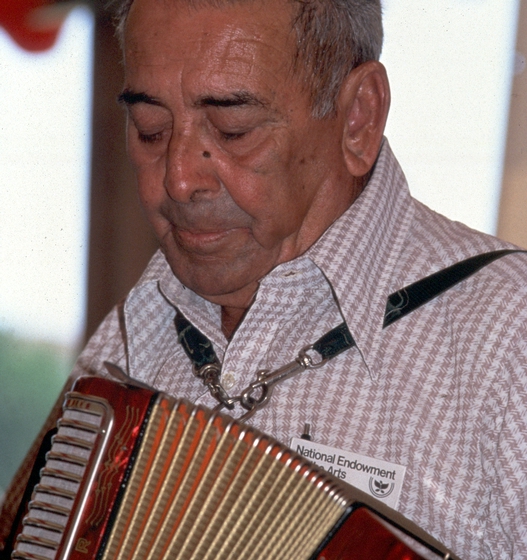 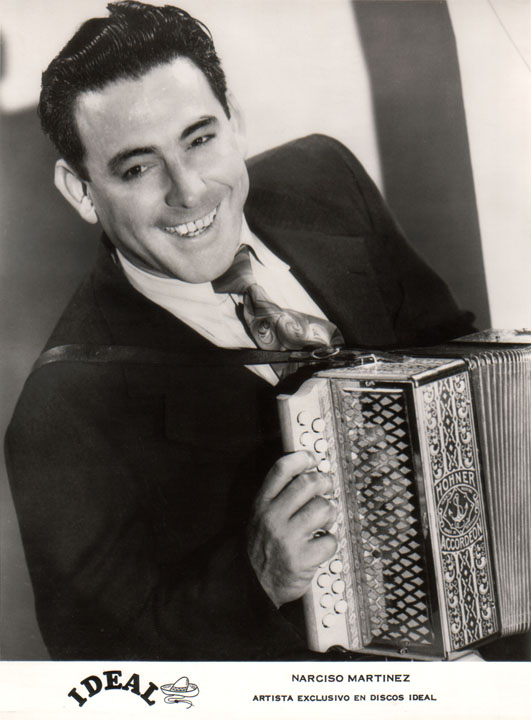 Narciso "Chicho" Martínez was born in Reynosa, Tamaulipas, Mexico, across the border from McAllen, Texas, in the Lower Rio Grande Valley. His family migrated to Texas when he was still an infant, seeking work in the citrus and vegetable fields of the fertile Rio Grande Valley. Like many Mexican Americans of their generation, his parents were migrant farmworkers, following the crop harvests around Corpus Christi and small communities such as Bishop, Chapman Ranch and Riviera.

Growing up, Martínez received no formal education. As a young man, he adapted the tunes he heard the Mexican American farmworkers whistling to his brother's button accordion. The instrument had been brought to Texas in the late 1800s by German and Bohemian immigrants.

He began working dances in the late 1920s using a one-row button accordion, what he called "una mugrita" (a little piece of junk). It was about 1930 before Martínez was able to set aside this junk instrument and buy his own two-row button accordion, a new Hohner that he found in a shop in Kingsville, Texas. He collaborated with Santiago Almeida, who played rhythmic accompaniment for his accordion on the bajo sexto (a 12-string bass guitar). The response of the people at the dances where they played was enthusiastic, and with the encouragement of a Brownsville furniture dealer, Enrique Valentín, they went to San Antonio to play for a representative of Bluebird Records. They were given a recording contract, and their first 78-rpm record, with the songs "La Chicharronera" and "El Tronconal," was an immediate success. Between 1935 and 1938, Martínez earned his reputation as the "Hurricane of the Valley" by making fifty-nine records with Almeida, including redowas, polkas, valses altos, valses bajitos, huapangos, schottisches and mazurkas.

In the 1940s, Martínez acquired the now-standard three-row model button accordion. Unlike many of his contemporaries, who used a more Germanic style of playing that relied heavily on the left hand for accompaniment, Martínez began to concentrate on a right-hand virtuosity that gave the new norteño style a treble, staccato quality in marked contrast to its Germanic counterpart.

During World War II, most musicians, including Martínez, were unable to record because of government restrictions on shellac and other materials needed by the recording industry. After the war, Martínez was one of the first musicians to be recorded by Ideal Records, a small Mexican American label founded by Armando Marroquín and Paco Betancourt in Alice, Texas, which recorded his own compositions and hired him to play on the sessions of others.

With the success of Martínez's recordings came increased demand for public performances. In the 1950s, he toured the Southwestern United States from Texas to California, playing hundreds of performances while actually earning a living as a farmworker. By the 1960s Martínez had settled back in the Rio Grande Valley in the small town of San Benito, where he continued to play at hundreds of Saturday night dances, weddings, fiestas and other community celebrations.