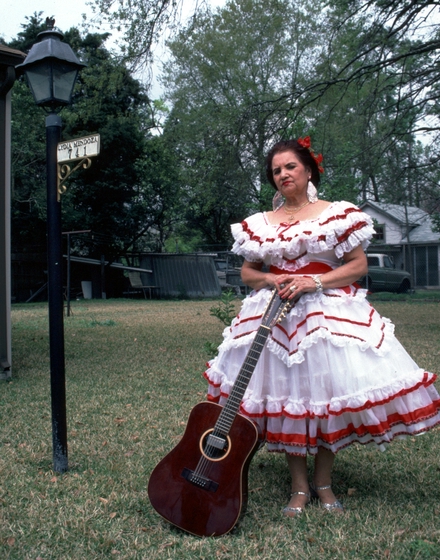 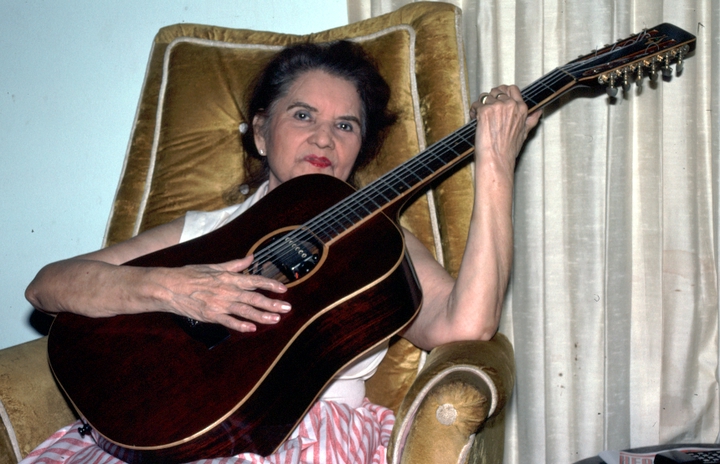 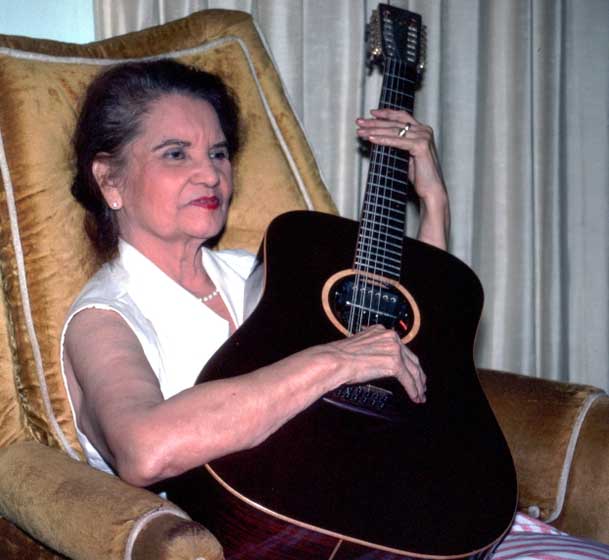 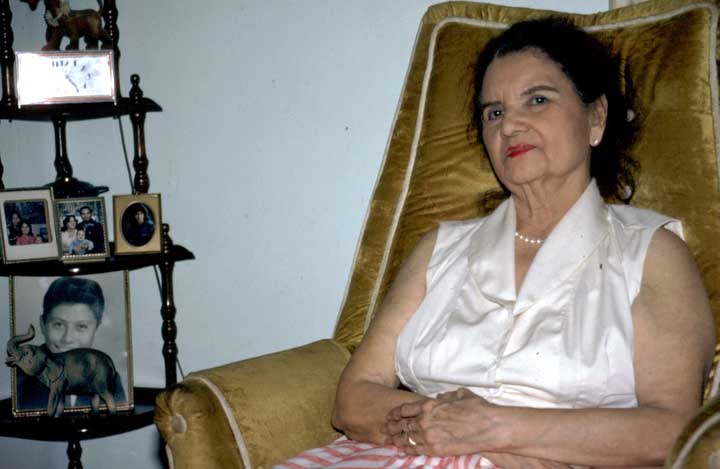 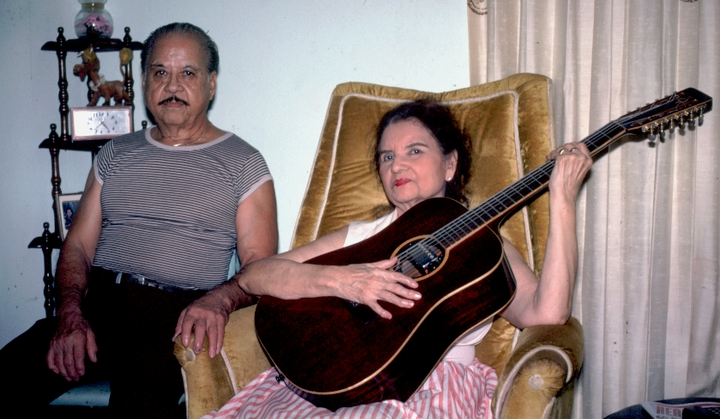 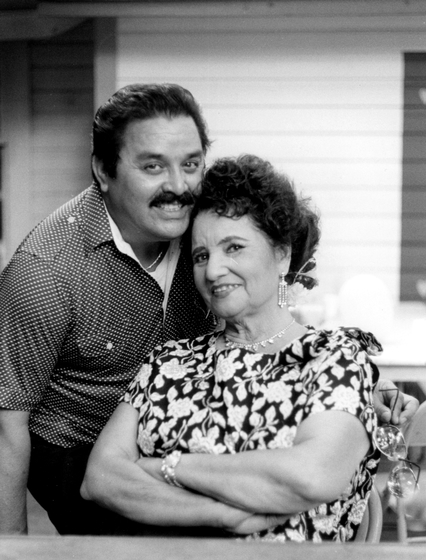 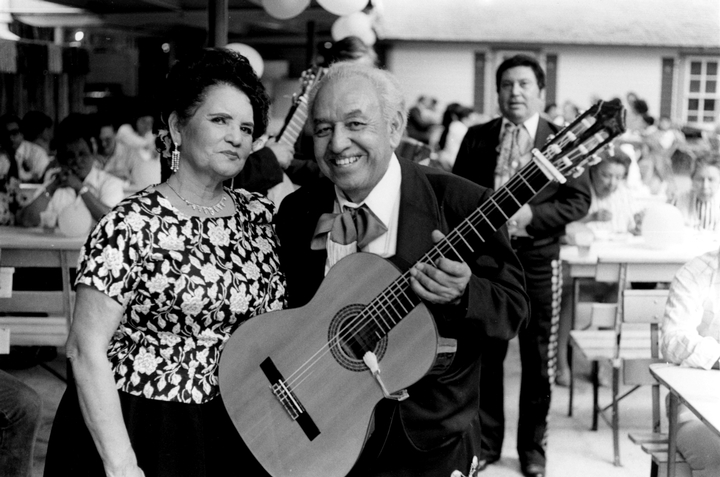 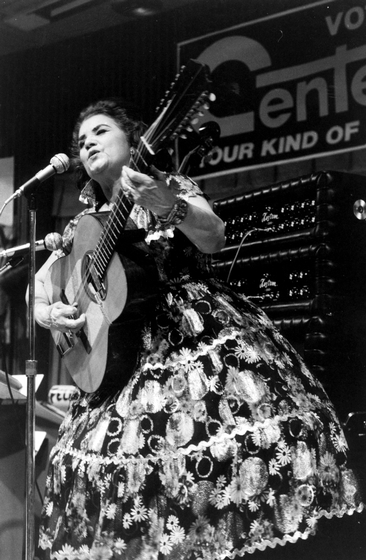 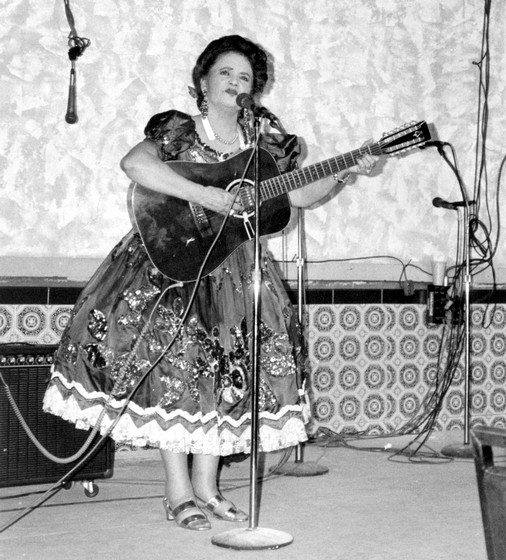 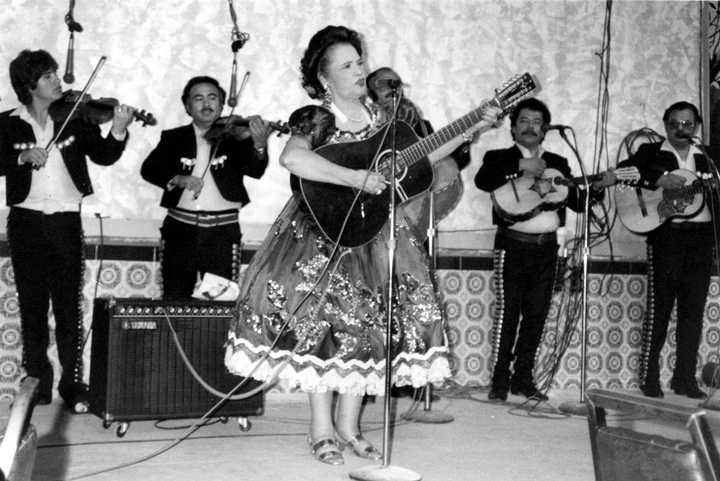 Lydia Mendoza was a native of Houston, Texas. Her father worked as a mechanic on the rail line that linked Laredo, Texas, with Monterrey, Nuevo León, Mexico. He was assigned to work both sides of the border and usually took his family with him. Lydia did not attend school as a young girl, but her mother, Leonor, taught the girls to read at home. Leonor Mendoza also enjoyed playing the guitar and singing, and Lydia took an interest in music at an early age. When she was 7, she began learning to play from her mother.

Once Lydia had learned to play guitar, she began teaching her sister Maria. Lydia also took up mandolin and violin. The Mendozas formed a family band and by the late 1920s were entertaining Mexican and Mexican American workers in restaurants and barbershops in Texas' Lower Rio Grande Valley. Lydia Mendoza recalled: "Dad would go in and ask permission to play, and then, if folks were there, we'd sit down and sing, and people would give us tips. And later on, when harvesting season came along, we'd go to the little town where the workers were, where there would be gatherings of Mexican people. We'd sing there and get some pocket money." Since the family did not own a car, they often hitchhiked from one community to the next.

In 1928, the family saw an announcement in La Prensa, a popular newspaper in South Texas, that the OKeh label was looking for singers to record. They borrowed a friend's car and made the trip to San Antonio, where OKeh Records recorded ten of their songs. They received $140.

Shortly thereafter, the family moved to Detroit, where they worked as professional musicians for over a year. In Detroit they found receptive audiences among Mexican Americans who had migrated north to work in the automobile industry. In 1930, along with scores of other Mexican workers, the Mendoza family headed back south. They stopped in Houston, where they had family and friends. The family continued to entertain within the city's Mexican communities, notably Magnolia Park, Houston's largest Hispanic neighborhood. The Mendozas moved to San Antonio in 1932, when Lydia was 16. It was in San Antonio that she began playing the guitarra doble, the twelve-string guitar. Hers was not a standard twelve-string, however. At her request, her father rearranged the strings so that the top four pairs were in alternating notes rather than in pairs of the same notes. This personalization of the instrument created a distinctive sound.

For two years, beginning around 1934, the Mendozas struggled to earn their living playing at San Antonio's open-air market, Plaza del Zacate. By this time Lydia was singing solo. After hearing her sing with her family, Manuel J. Cortez, a local radio announcer, invited her to sing on his half-hour program, La Voz Latina. She won the show's amateur competition. Her radio debut made her so popular that Cortez appealed to her family to allow her to be a regular on the radio. He secured a commercial sponsor willing to pay her $3.50 a week for her radio performances, and her parents agreed. Meanwhile, the family continued to sing in area restaurants.

In 1934, Lydia had her first solo recording session for Bluebird Records, an independent label. Her first record was "Mal Hombre," whose lyrics she had learned from a chewing-gum wrapper. The record was so successful that Bluebird offered her a contract and continued to record her for the next ten years. During the late 1930s and early 1940s, between recording sessions she toured with her family throughout the Southwest playing in parish halls and theaters to predominantly Mexican American audiences. By this time the family owned its own automobile, so touring was less of a strain.

Gasoline rationing during World War II made touring impossible, and recording stopped for several years as well. Lydia married Juan Alvarado, a cobbler, who supported her career. They had three daughters.

The Mendoza family resumed touring in 1947, and Lydia continued her recording career. After her mother died in the early 1950s, she began touring as a soloist, accompanied only by her twelve-string guitar. She played with bare fingers, using thumb-brush and arpeggio styles.

Mendoza's husband died in 1961. The resulting depression severely affected her career. But her second husband, Fred Martínez, also a shoemaker, helped renew her spirits, and she resumed playing and performing. Despite arthritis in her hands, she continued to perform until the late 1980s, when a stroke left her partially paralyzed. In retirement, she lived with her husband in Houston.

Mendoza earned many honors in her long career, during which she became known as "La Alondra de la Frontera" (the Meadowlark of the Border) and "La Cancionera de los Pobres" (theSongstress of the Poor). In 1971, she performed at the Smithsonian Festival of American Folklife in Montreal, Canada; in 1975, she performed for President Jimmy Carter at the John F. Kennedy Center in Washington. She was inducted into the Tejano Music Hall of Fame in 1984 and into the Conjunto Music Hall of Fame in 1991.