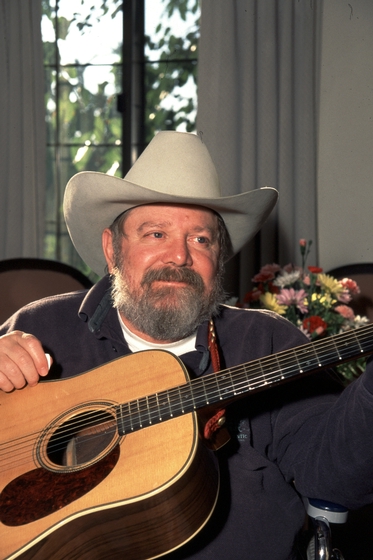 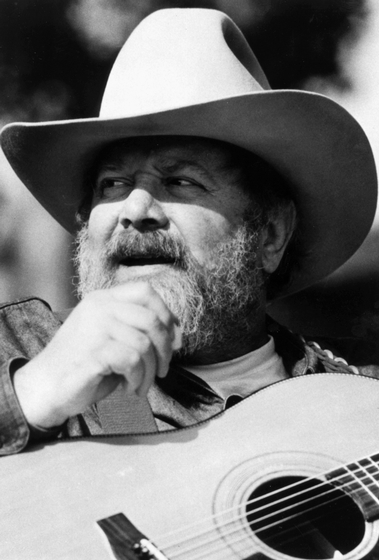 Kenneth Melvin "Buck" Ramsey was a native of New Home, in West Texas. His father, David Ramsey, worked in a munitions plant in the Texas Panhandle during World War II. After the war, he moved his family to the ranch country northwest of Amarillo, where he worked stock and farmed. The family attended a Primitive Baptist church, where Buck Ramsey learned shape-note hymns and acquired the rudiments of his musical education.

As a boy, he attended school in a two-room schoolhouse north of the Canadian River, not far from his home. Ramsey's boyhood dream was to become a cowboy; he learned to braid tack from his Uncle Ed, who also taught him to sing the old cowboy songs. When he was in ninth grade, his family moved to Amarillo.

After high school, Ramsey attended Texas Technological College (now Texas Tech University) in Lubbock, where his favorite classes were in literature. He even took private lessons in the ancient Greek language from one of his professors. To support himself, Ramsey did some cowboy day work on ranches around Lubbock. Ultimately, his love of the outdoor life was stronger than his academic interests, and he dropped out of college and traveled around the country, doing odd jobs and "this and that."

He returned to West Texas and worked as a cowboy and rough rider on the big ranches along the Canadian River. In 1963, while he was working on the Alibates Division of the Coldwater Cattle Company, a bit shank snapped and the spoiled horse Ramsey was riding threw him to the ground. What he later called "just landing wrong" left him paralyzed and in a wheelchair for the remainder of his life.

With cowboy work no longer an option, Ramsey turned to writing to earn a living. He did freelance work for magazines and newspapers and nurtured his interests in cowboy poetry. When he was younger he had tried writing poems but never held onto them. During the rehabilitation after his accident, he began to recount his cowboy experiences in verse. After reading some of the poetry from the annual Cowboy Poetry Gathering in Elko, Nevada, he decided to submit some of his own poems for the following year. That submission helped to launch a second career for Ramsey as a professional cowboy poet, songwriter and performer. He didn't start playing the guitar until after he was injured. He said, "I kept wanting to sing, but I never thought about singing in public. I started plunking around on the guitar and singing on the back porch with friends."

In 1991, Larry Fiel, host of a West Texas radio show called Roots Music, recorded fourteen of Ramsey's songs for a cassette album entitled Rolling Uphill from Texas. In 1993, this recording won Ramsey the Western Heritage Wrangler Award for Outstanding Traditional Western Music Composition from the National Cowboy Hall of Fame. Ramsey made a sound recording of And As I Rode Out on the Morning, a fifty-page epic poem relating the experiences of a 14-year-old boy's initiation into the cowboy way of life during the middle-to-late 1800s in West Texas. This epic was published by Texas Tech University Press in 1993. A CD of Ramsey reading the poem under its original title, Grass," is included with a book called Buck Ramsey's Grass* published by the same press in 2005.