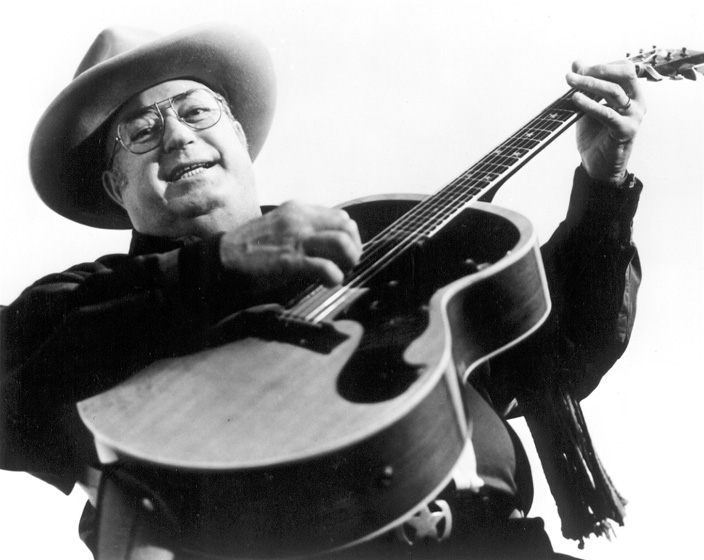 Don Walser was born in the small Texas Panhandle town of Brownfield and grew up in nearby Lamesa. His mother died when he was 11, and his father worked nights as a cotton mill superintendent. To fill the solitude of the daylight hours, Don listened to the music of the West Texas plains on the radio and watched the early cowboy crooners at the movie theater. "I had the old radio to keep me company — I listened to all the good old music they had back then," he said. "And there were three movie theaters. I'd see them old shoot-'em-ups, all the white-hat guys." Walser also passed the time by singing and teaching himself to play the guitar.

"Even when I was a little bitty boy, I started to sing," Walser recalled. "When I was just a kid, I could hear a song one time and know it. It would be just like a record playing in my head. I don't know how to explain it, exactly. It's like someone with a photographic memory. One of my teachers once said that if she could make everything rhyme, I'd be the smartest kid in the class."

Walser lied about his age so he could join the National Guard at age 15, and he married at 17. He and his wife, Pat, raised four children. He remained in West Texas, working for the National Guard as a mechanic, superintendent and auditor and playing clubs, VFW halls and honky-tonks at night and on weekends.

He transferred to Austin in 1984. After he retired ten years later, he put together his Pure Texas Band and poured himself into his music full-time. Soon he received long-overdue recognition. Country music expert Bill Malone says of Walser, "He preserves a singing style reminiscent of earlier cowboy singers, but nevertheless sounds fresh and engaging. He is a yodeler almost without current parallel ... and his powerful tenor voice is virtually without equal in the field of country music." Of his own compositions, Walser said, "I heard Jimmie Rodgers, Elton Britt and Slim Whitman and learned those songs pretty easily. Then I couldn't find any more, so I wrote 'Rolling Stone from Texas' and a few other yodeling songs."

After the release of his album Rolling Stone from Texas, the press labeled him the "Pavarotti of the Plains." Two other albums followed, Top Texas Hand and Down at the Sky-Vue Drive-In. He was featured on ABC's PrimeTime Live, PBS' Austin City Limits and National Public Radio's Fresh Air and All Things Considered. He contributed music to Robert Redford's film The Horse Whisperer and appeared in The Hi-Lo Country, starring Woody Harrelson. Walser also was inducted into the Texas Music Hall of Fame. He even appeared and recorded with the avant-garde Kronos Quartet.

Walser won a wide range of fans, from traditional-country aficionados to young people. Of his late-life success, he said, "I'd like to get some money, don't get me wrong. But my motivation for this is to spread that old music. I'm just trying to do my part to keep it alive.... When you pass from this good earth, your kids and grandkids will remember you for a long time, but further than that nobody's gonna remember who you are unless you've been an astronaut or written some good books. I feel real privileged to be able to leave a little music."