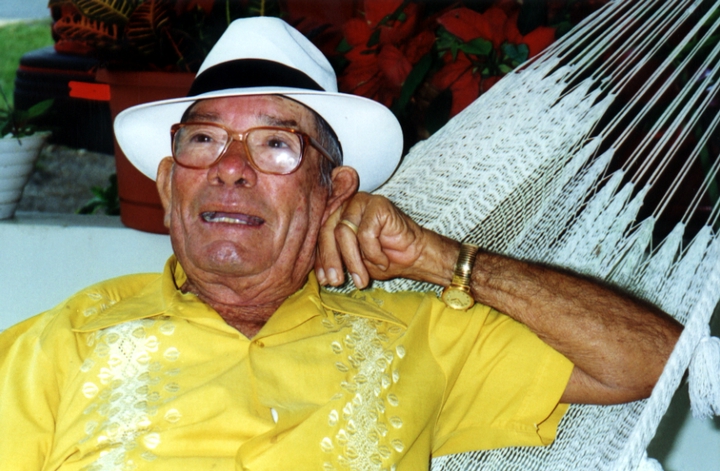 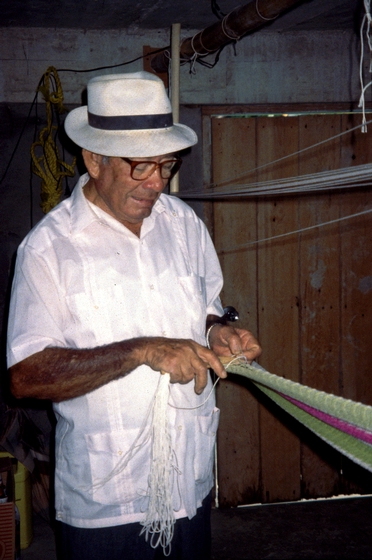 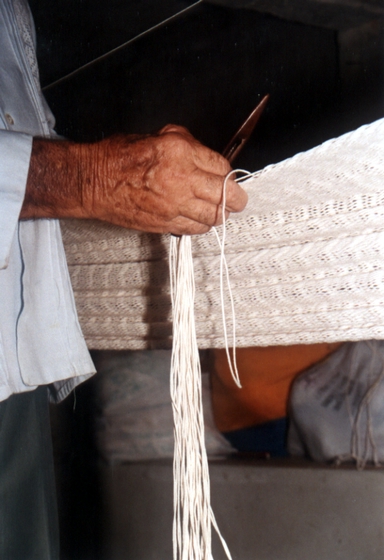 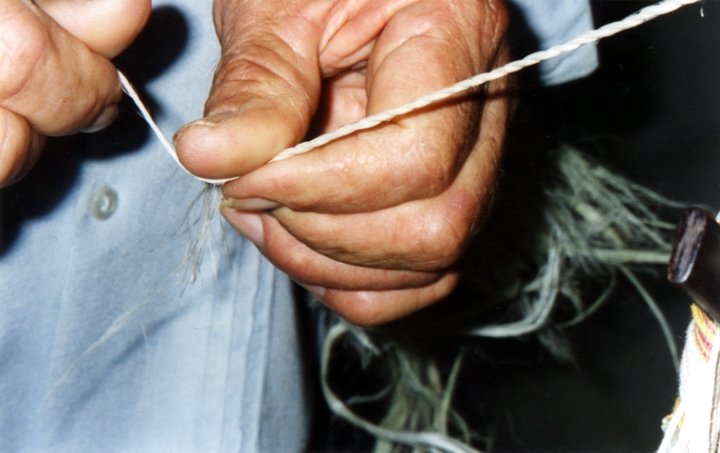 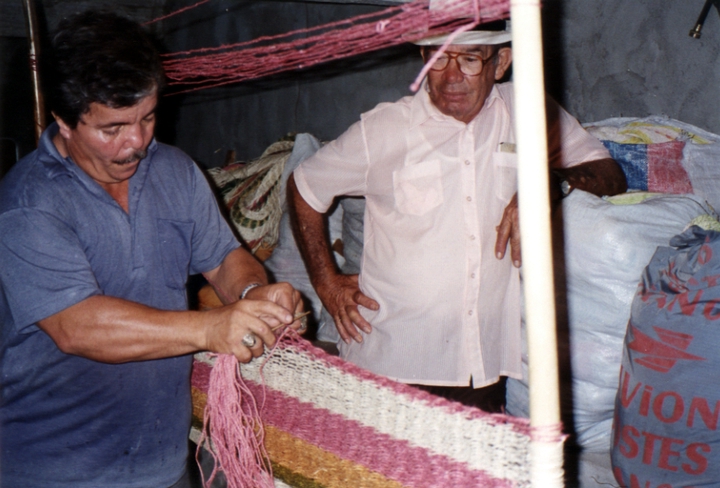 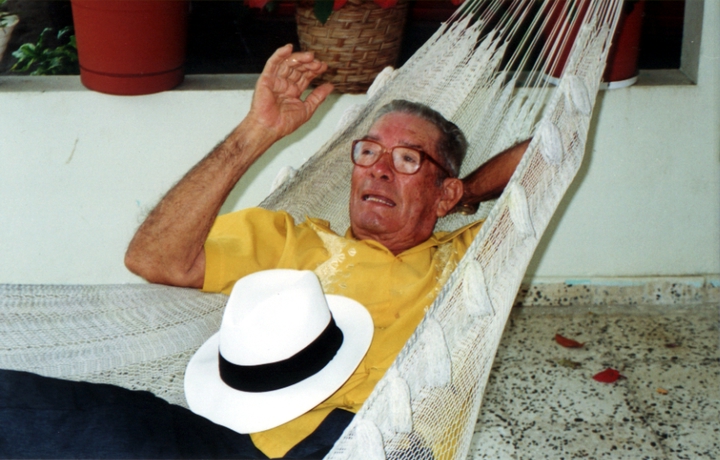 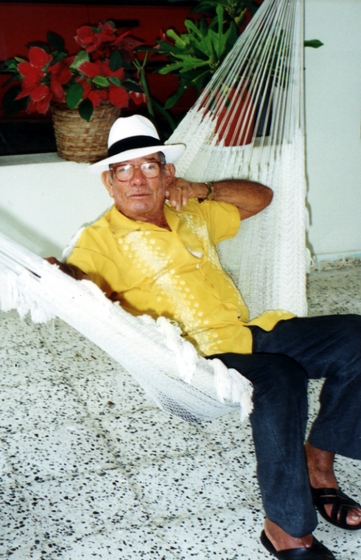 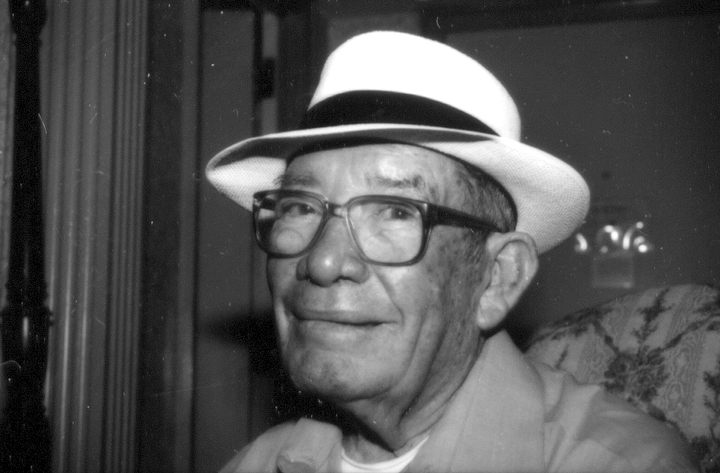 José "Company Che" González came from a family of hammock weavers in the Barrio Robles neighborhood of San Sebastián, Puerto Rico. The woven hammock was the first New World craft tradition recognized and accepted by Europeans. On October 17, 1492, Christopher Columbus noted in his diary the curious "hanging beds" of the Taino people on the island of Boriquen, now Puerto Rico. These jamacas offered protection from soggy terrain, snakes and forest animals. European sailors put them to use immediately, and the sixteenth-century Spanish chronicler Friar Bartolomé de las Casas highly recommended them to Spanish travelers. The hammock, still woven in the Puerto Rican towns of San Sebastián and Los Piedras, is an icon of Puerto Rican traditional crafts and of Native American contributions to Puerto Rican identity.

González began weaving at age 7. His mother taught him to extract and prepare fibers (cabuya) from the maguey plant with the same methods that Columbus saw the Tainos use. His father taught him to weave. In 1943, González married Doña Juana Pérez, the daughter of a well-known hammock weaver. In the late 1940s, González and his father-in-law became the first modern weavers to make hammocks from cotton (cordoncillo). Because of the cotton plant's greater productivity and ease of weaving, it soon made maguey obsolete. But González's respect for the ancient method led him to continue using maguey as well as cotton in his hammock weaving.

The process of scraping pulp from the maguey fibers and washing, drying and dyeing them with natural dyes is tedious and an art in itself. He has taught the ancient craft to anyone who asked, sharing his knowledge freely and taking on several long-term apprentices. Puerto Rico's veteran crafts specialist Walter Murray Chiesa wrote that "Don José González remains a true living monument, a great artist and a gentleman. His dignity, his friendliness, his generosity, and his loyalty to the art of hammock weaving have been so great, that I do not know any other living person so worthy of representing the greatness and nobility of our master, consecrated craftsmen." These qualities have earned him the title "El Hamaquero Mayor" (the Great Hammock Weaver) among hundreds of fellow weavers on the island.

After weaving "the poor man's bed" for seventy-five years, José González said, "I will never stop weaving hammocks." He created a variety of sizes, colors and styles of hammock as well as "hammock chairs" and miniature doll hammocks. In the 1980s and 1990s, craft festivals were dedicated to him. In 1996, he received an honorary doctoral degree from Puerto Rico's Universidad Sagrado Corazón, and in 1997, the Puerto Rican House of Representatives officially recognized his work.