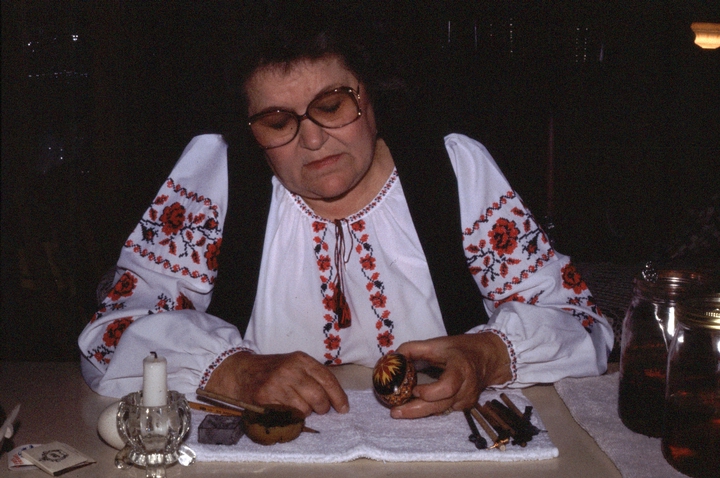 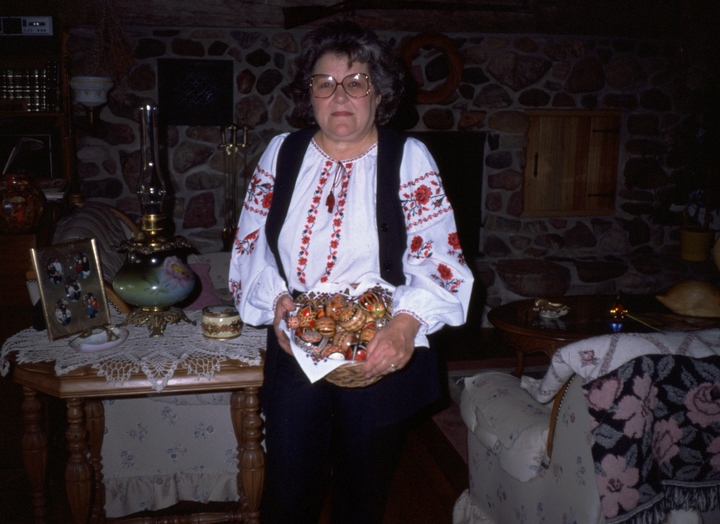 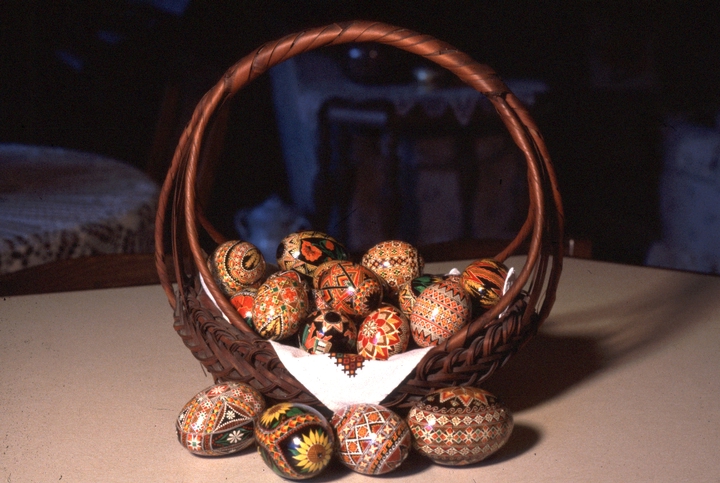 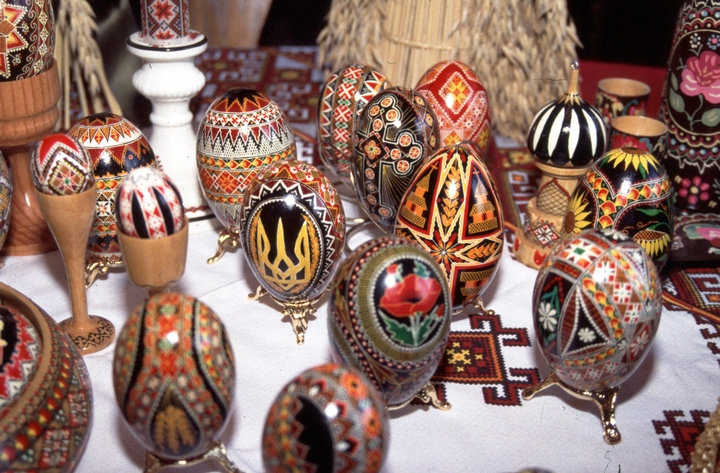 Betty Piso Christenson was born and raised on a farm near Suring, in northern Wisconsin, that her parents homesteaded. She was among nine children of Ukrainian immigrants from the Carpathian Mountain region near the Black Sea. At Easter time, her mother worked long into the night making krizanki -- single-colored decorated eggs -- with dyes from bark, onion skins, beets and other natural materials. Her mother taught her the techniques and meaning of making eggs in Ukrainian tradition, but when they migrated to the United States, Christenson said, she "left their heritage in a closet because they were Americans." Still, she recalled her mother telling her, "Promise me you won't let this [art] die."

In 1974, Christenson began making the much more elaborate pyansky. The word derives from pysta, "to write." As Christenson says, "That is exactly what you're doing -- writing a story on an egg." She uses commercial dyes that yield the strong colors preferred by the people of her parents' native region. She applies hot beeswax using a small tool called a kristka, then applies a dye in a wax-resistant technique. This is repeated as many times as necessary to produce the number of colors desired. Then comes her favorite part of the process -- removing the wax by holding the egg over a candle flame and watching the bright colors emerge. She spends seven to fifty hours on each egg.

Learning the art of pysanky, Christenson said, was "Twenty percent knowledge and eighty percent patience. You can't hurry it. It's a matter of just going home, sitting and practicing. Every egg you do gets better, but you have to enjoy doing it.... You can use your imagination and do anything on an egg. You can go crazy! Anything I can see I can draw on an egg."

Reading an egg takes a certain knowledge. Red, for example, means passion or charity; green signifies spring, nature or rebirth; yellow, the moon and stars or wisdom; black, death. Typical designs include a division into forty triangles signifying the 40 days of Lent; a line encircling the egg offers the hope of eternity; a netted triangle represents the Trinity and Christ's fishing for men; and deer and other animals mean prosperity. Among Christenson's favorites are the geometrical patterns she learned from her mother.

Christenson has passed along her knowledge to her six children and has taught scores of others through community workshops at the University of Wisconsin and elsewhere. Her work has been exhibited throughout the state. She was invited to exhibit two acrylic-painted wooden eggs at the White House. The deeper meaning of her work is as important to her as its physical beauty: "As long as pysanky are in the Ukrainian homes," she says, "there will be happiness and goodness there throughout the year."