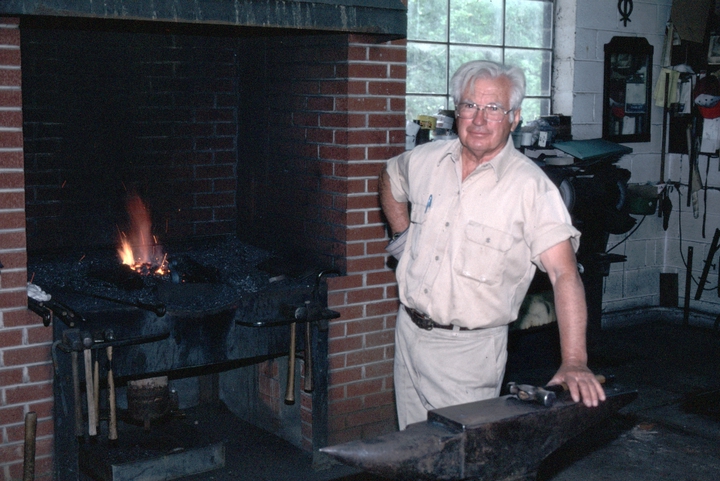 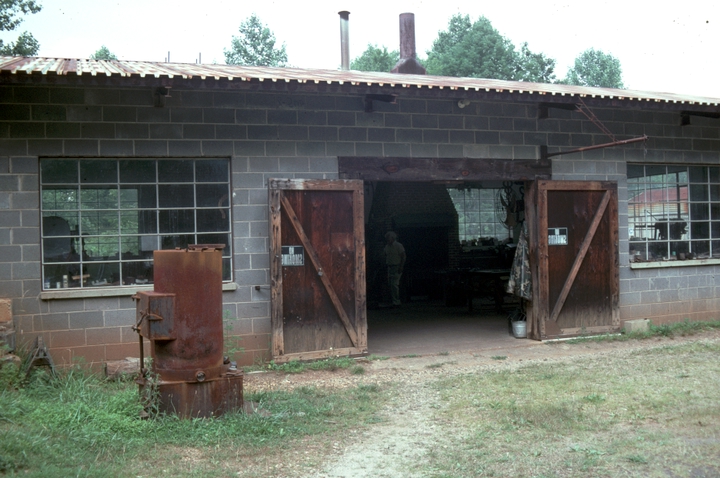 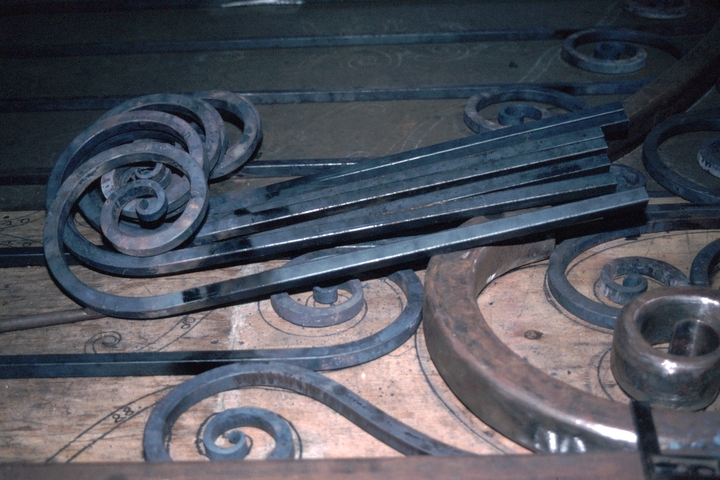 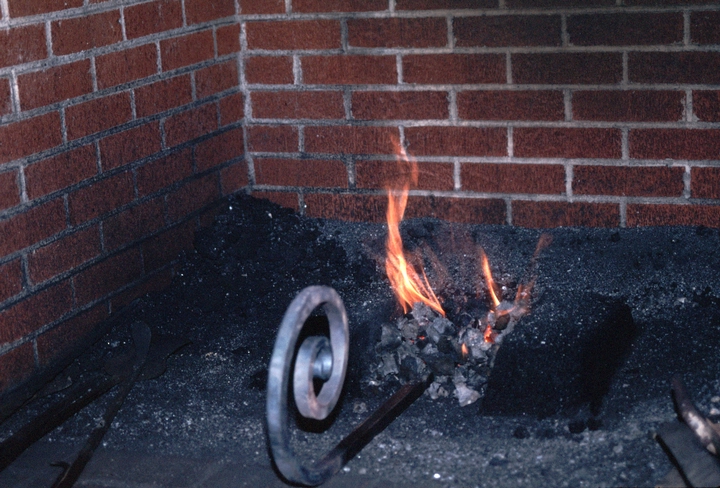 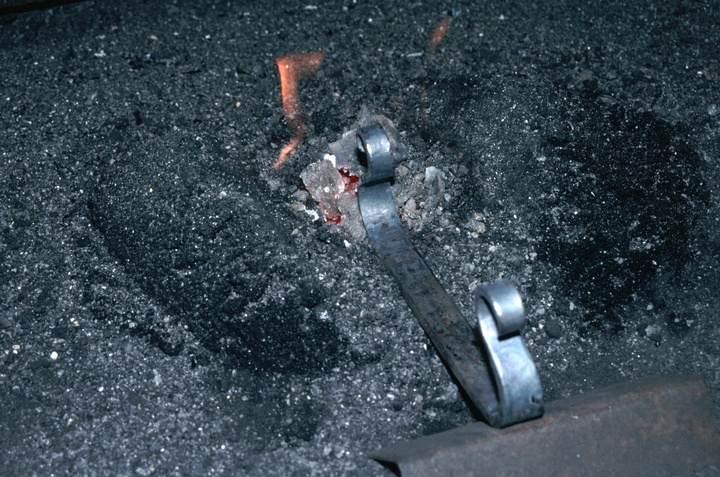 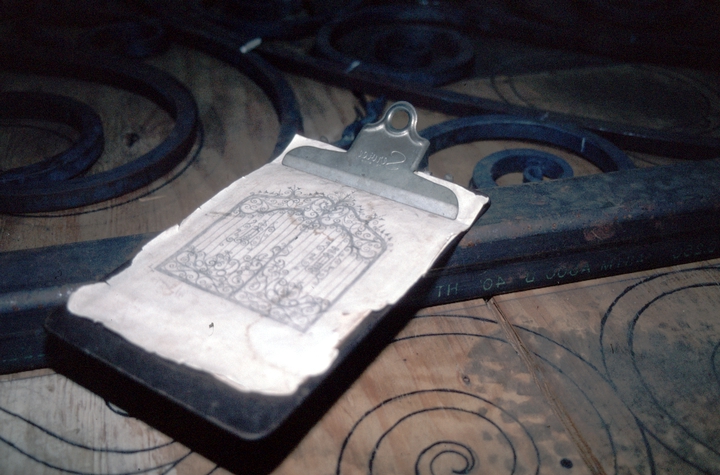 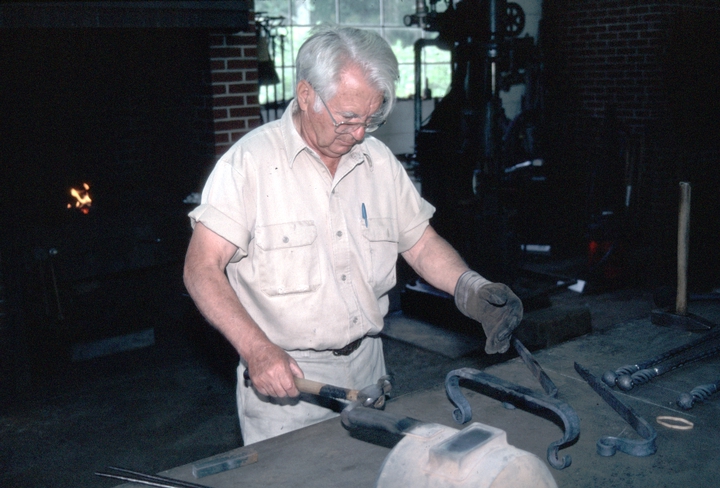 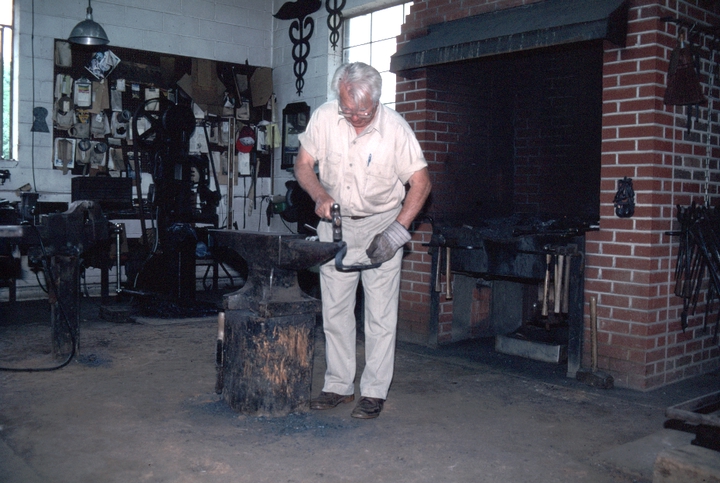 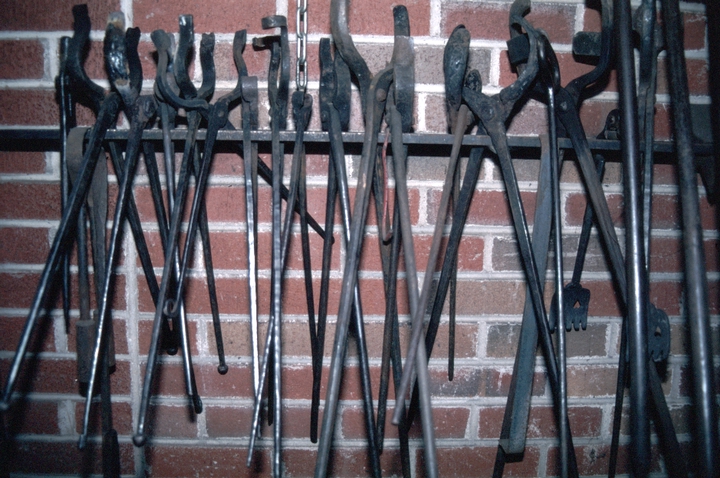 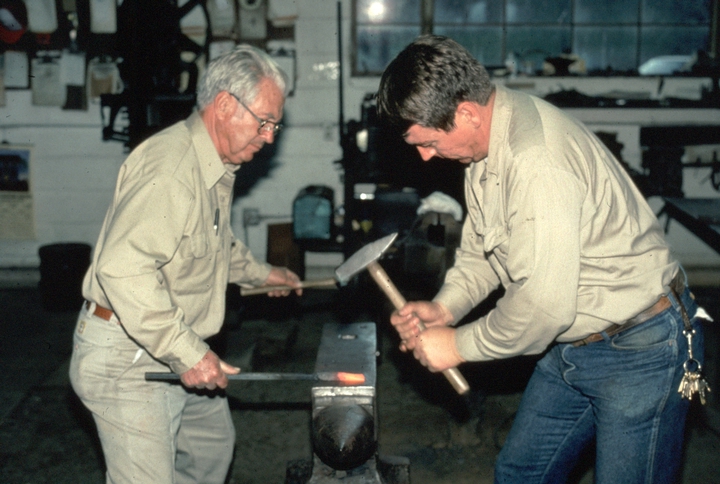 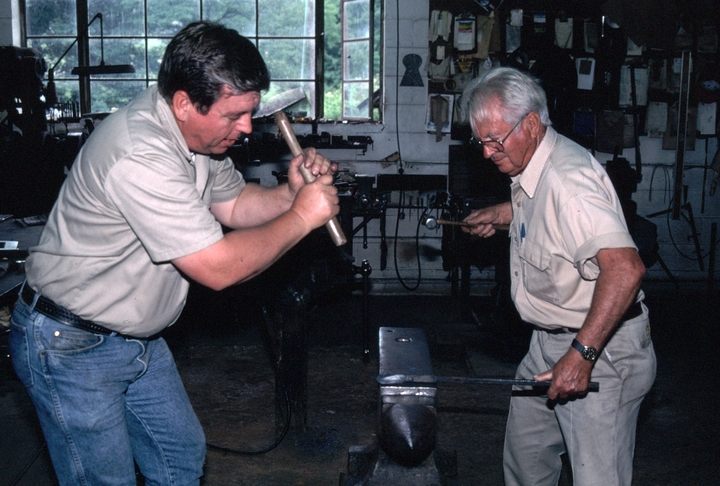 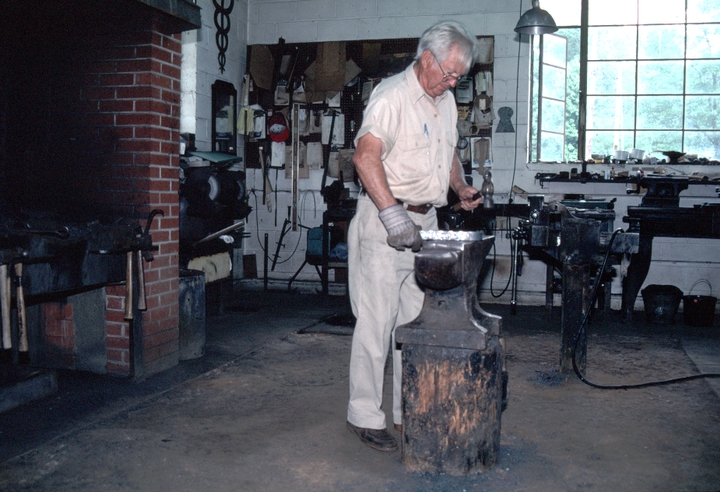 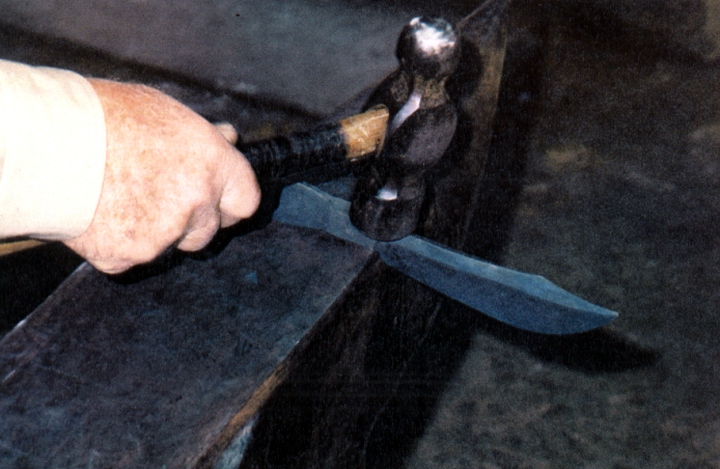 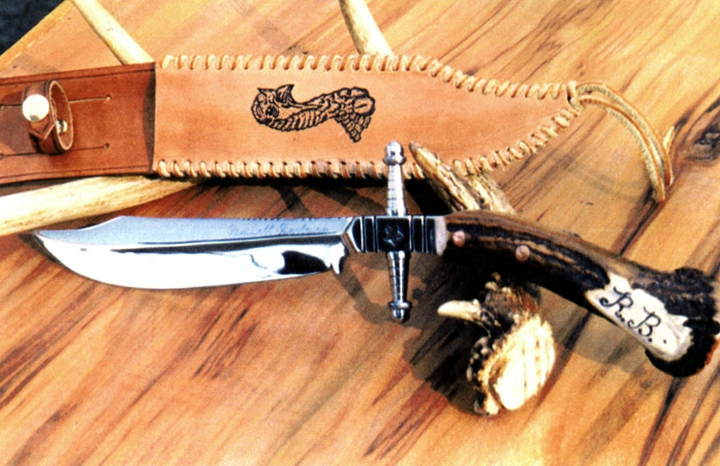 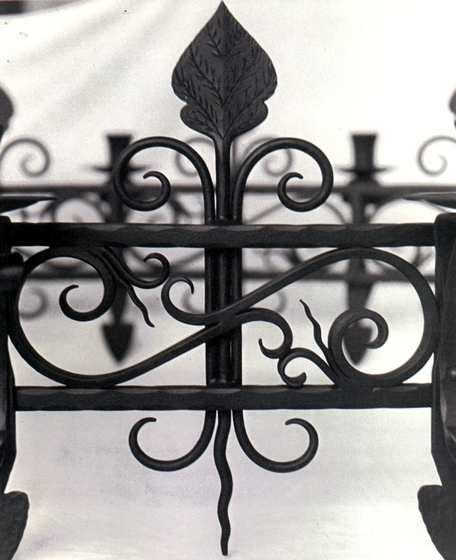 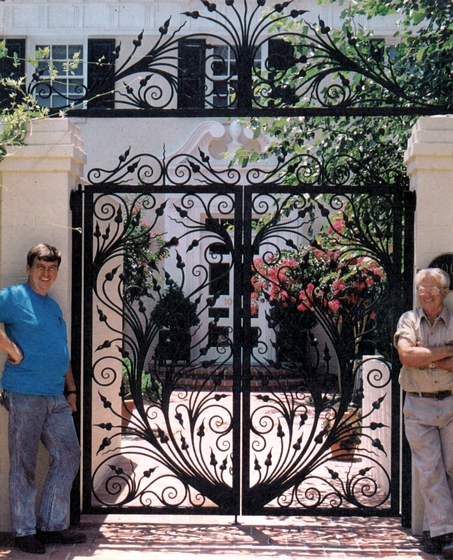 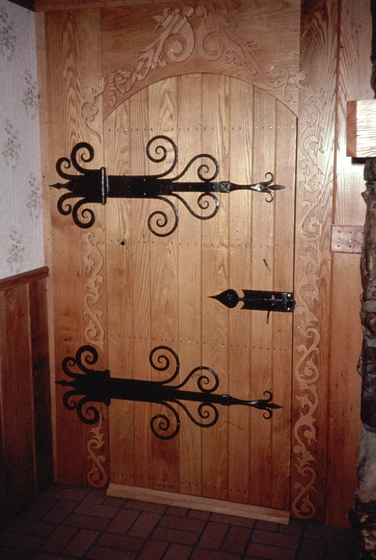 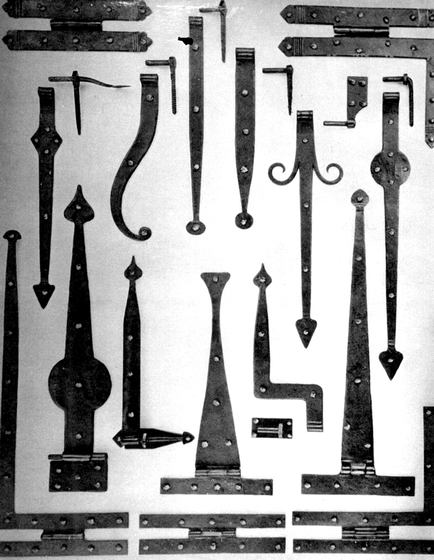 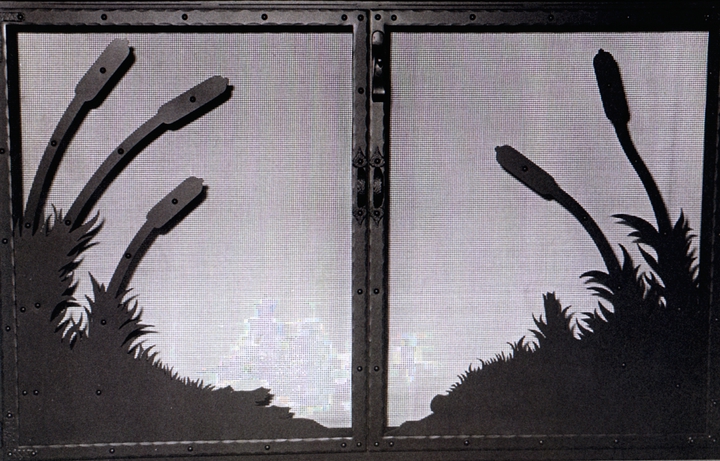 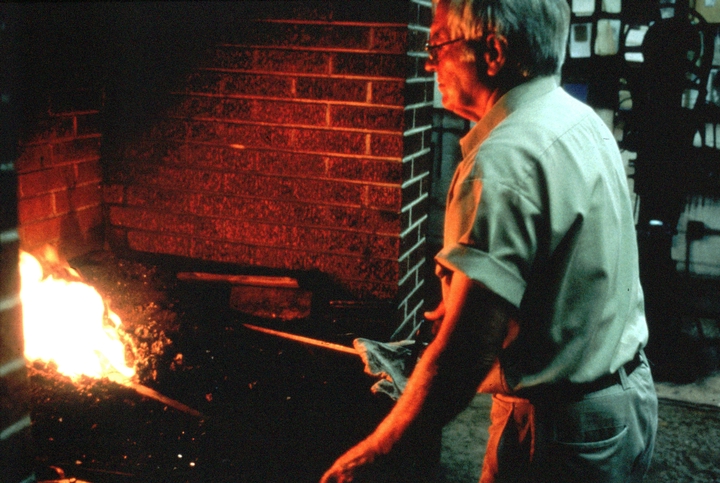 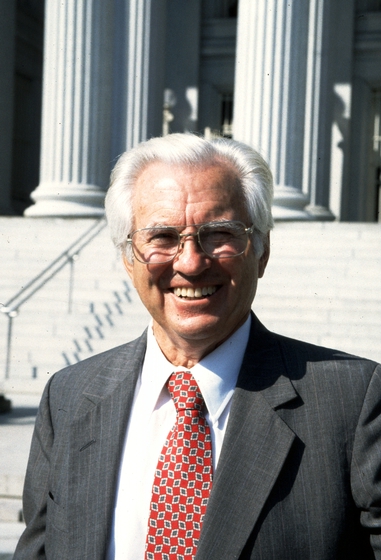 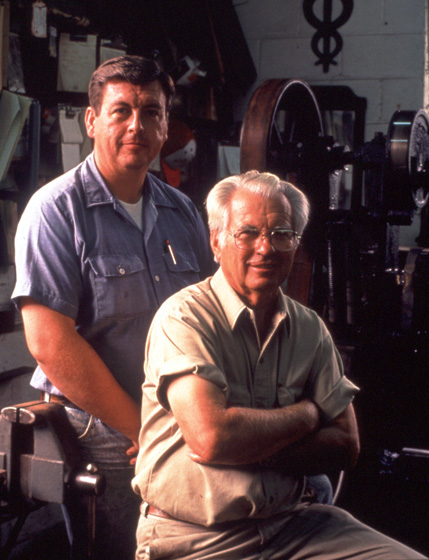 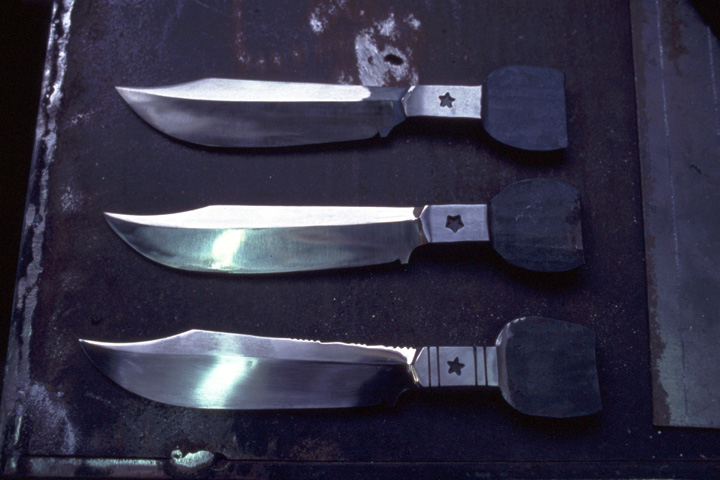 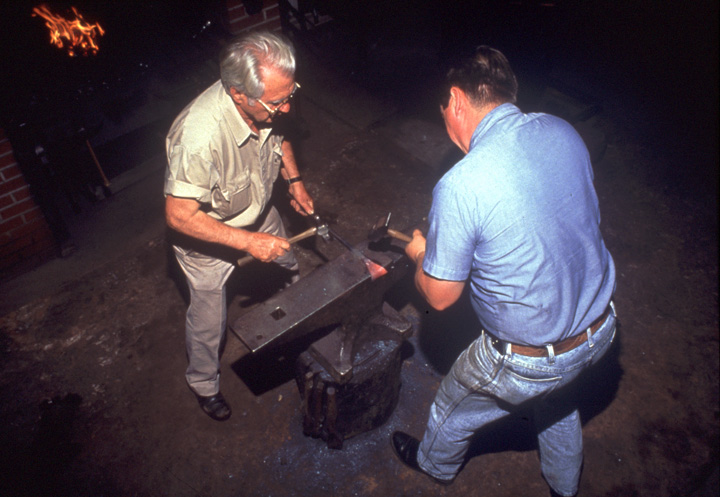 Bea Ellis Hensley's father was a Baptist preacher who moved his family from Higgins Creek, Tennessee, to Burnsville, North Carolina, when Bea was a young boy. There, he grew up next to the blacksmith shop of Daniel Boone VI, a direct descendant of the famous frontiersman and the latest of a long line of blacksmiths going back to England. His attraction to Boone's forge was irresistible. "I just loved the sound of the anvil and loved to watch him work and make all of that fancy stuff."

Hensley's mother told the story of how, when she wanted to keep him occupied, all she had to do was start a nail in a board, and he would hammer on it and try to drive it through.

As soon as he was old enough, in the early 1930s, Hensley began an apprenticeship with Boone and developed the full range of skills demanded of blacksmiths. Like his teacher, he excelled at both utilitarian and ornamental ironwork, usually combining the two in projects such as knives, andirons, fire sets, railings, floor lamps and gates. He also became proficient at an ancient "hammer language" — a means of communication between the smith and his apprentice that relies on the synchronized striking of hammers on the anvil to communicate detailed forge instructions from the smith to his striker.

In 1937, Boone received the exclusive contract for restoration ironwork to be done in Colonial Williamsburg. He built a new forge in Spruce Pine, North Carolina, as the new base of operations. After World War II, Hensley joined Boone and, nearly fifteen years after the restoration at Williamsburg was started, he finished the job by himself.

Hensley met his wife, Bonnie, when he was 15 and she was 12. He vowed to marry her when she turned 20, and he did. Over the years, the couple had five children, and when his son Mike was only 5, Hensley began to train him to become a blacksmith. Mike said his father showed him "how to hold my hammer and things like that. And he would let me create my own scrollwork. I've got my first leaf. It's backwards from the way he makes one. But he allowed me to do it."

In time, Mike completed an apprenticeship and continued working with his father, becoming a full partner in what is now Hensley & Son Forge. When they worked together, they communicated with hammers in a traditional manner. Mike explained, "When he hits the anvil's heel, he wants me to work the right side only. When he hits the horn, that means the left side. And when he hits both sides back and forth, he wants me to draw it longer." Every strike is intentional and positioned based on years of practice and familiarity with the tools and materials.

In the 1950s, Bea founded the Hensley & Son Forge in its current location in Spruce Pine, adjacent to the eastern continental divide and the Blue Ridge Parkway. Here, Hensley said, "It meant the difference between whether your family had a $35 washing machine or had to wash clothes by hand.... The Parkway opened up a whole new life. I tell people that you could sell Henry Ford a Chevrolet if you had him on the Parkway.... Used to be, we was limited in what we could do. You just got maybe three or four fireplace orders a year. But eventually you are doing just your artwork, your craftwork. You're doing what you love."

Hensley and his son created ironwork for people across the United States. They made and repaired utilitarian equipment as well as custom-made ornamental items, such as fireplace sets, railings, headboards and elaborate iron gates (some of which might take more than a year to complete). Their work has been represented in numerous museum collections, including the Pasadena (California) Museum of Fine Arts, the North Carolina Museum of History, the Governor's Palace at Colonial Williamsburg, the Biltmore Museum of Craft and the Smithsonian Institution.

Since his father's death, Mike Hensley has continued the business alone, focusing on making custom hunting knives and wrought iron. In 2015, he completed a three-year project, a set of gates for a wealthy client in Santa Barbara, California. He had them shipped to the client's home, then traveled to California to set them up and paint them.