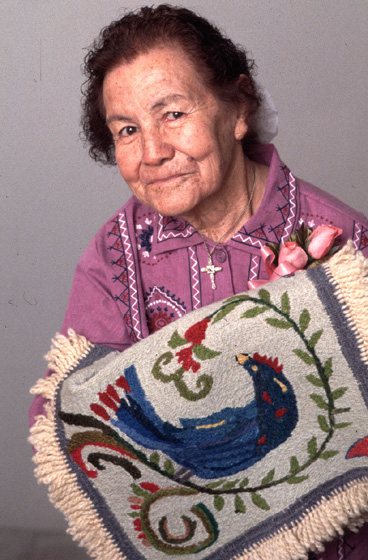 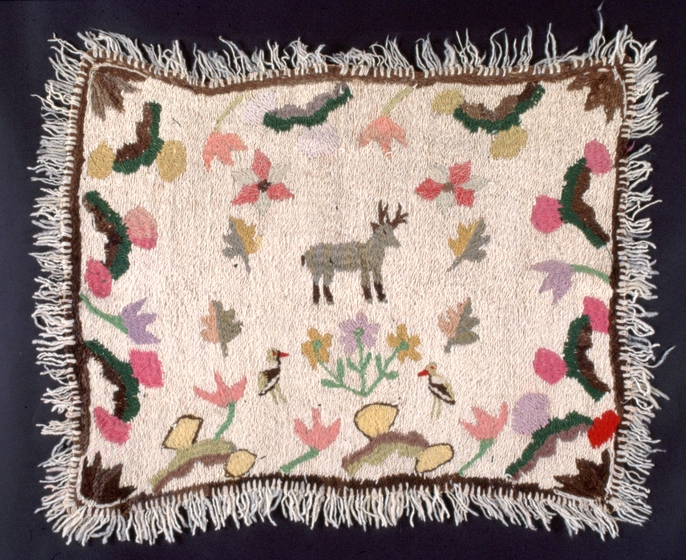 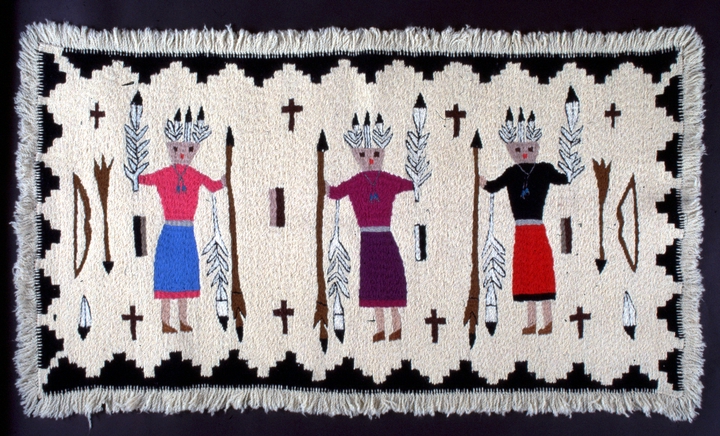 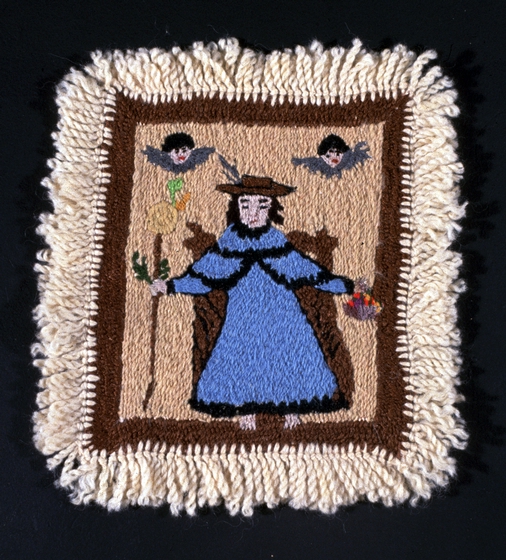 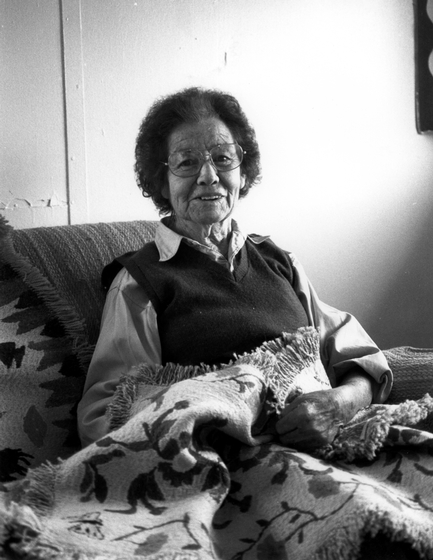 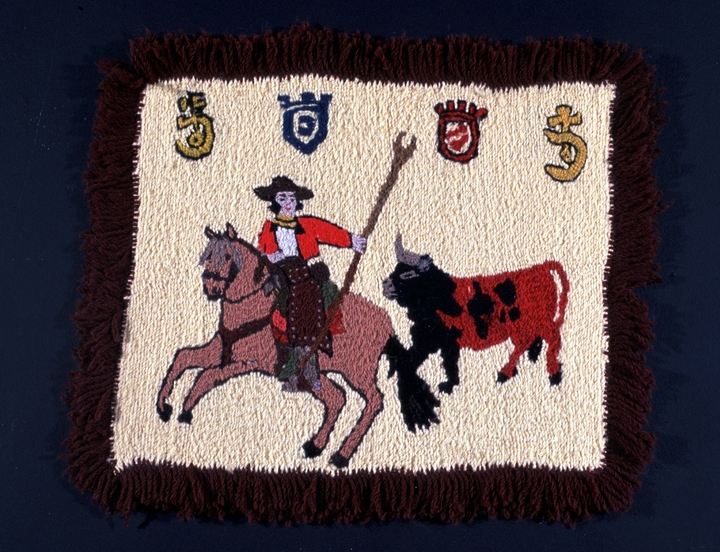 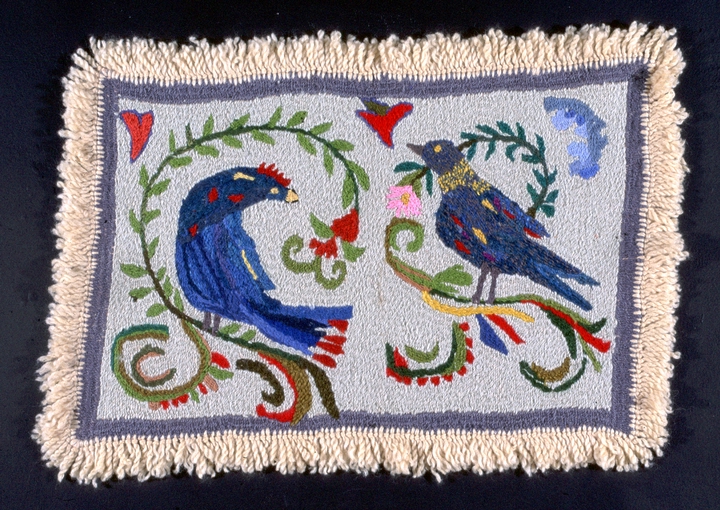 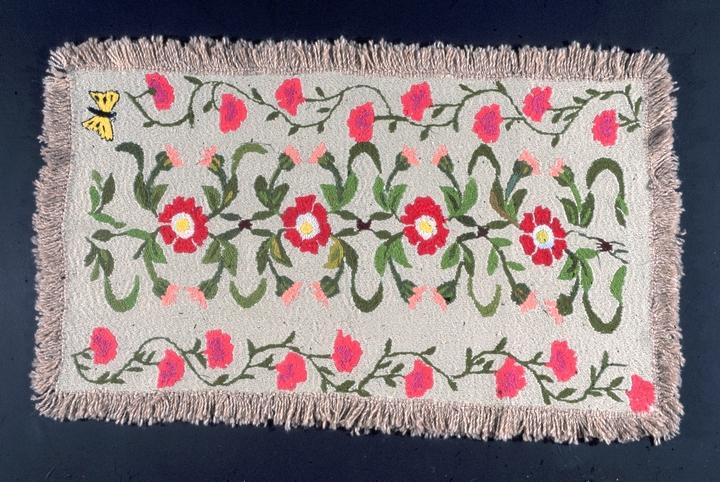 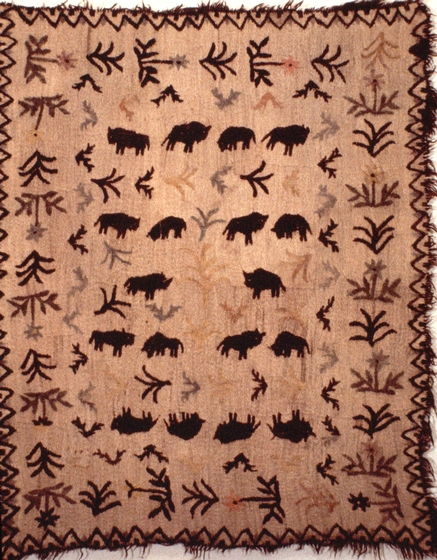 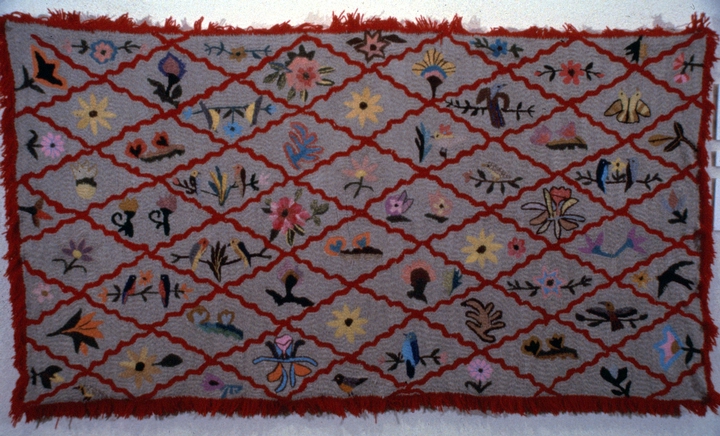 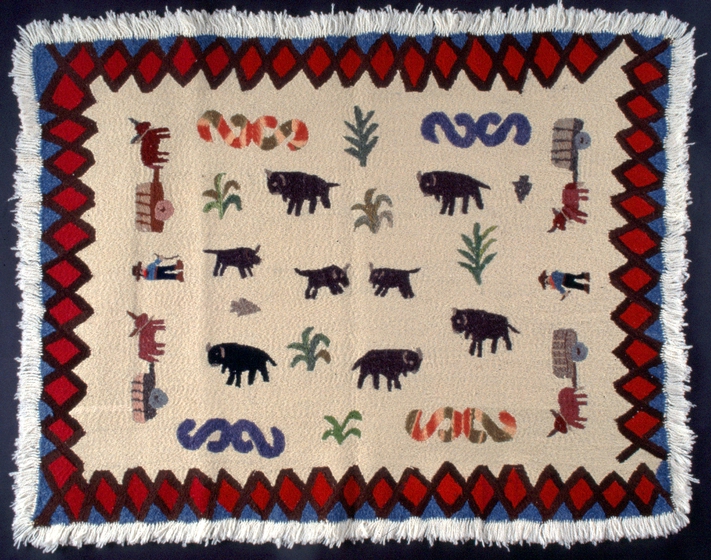 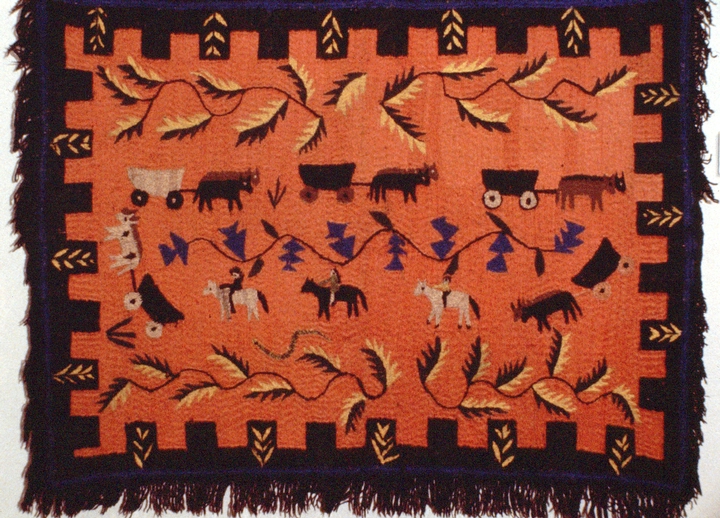 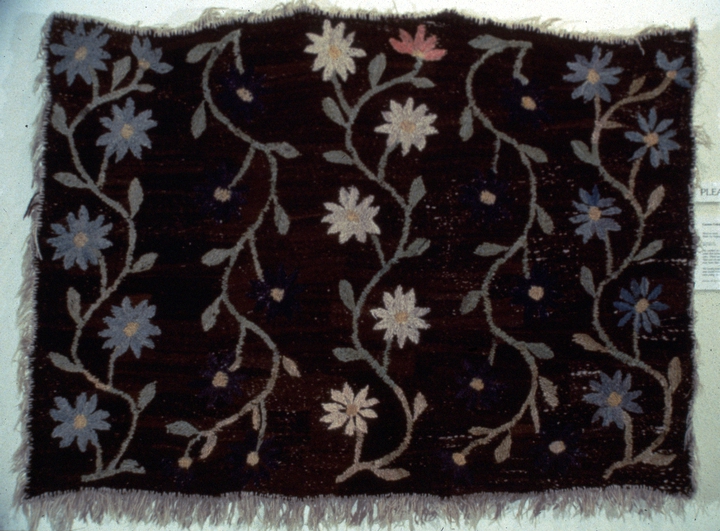 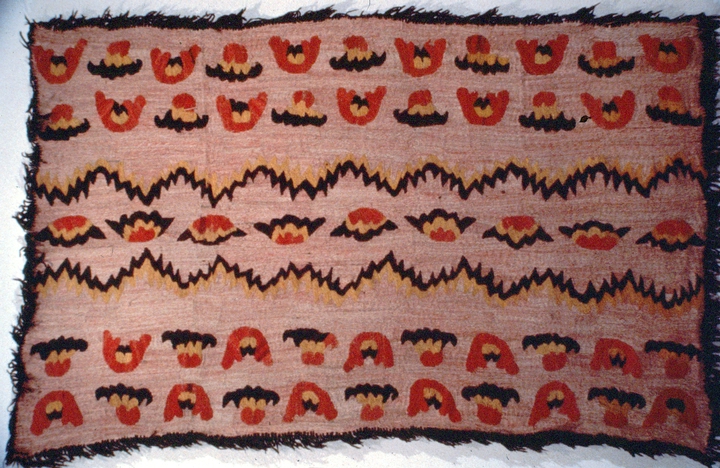 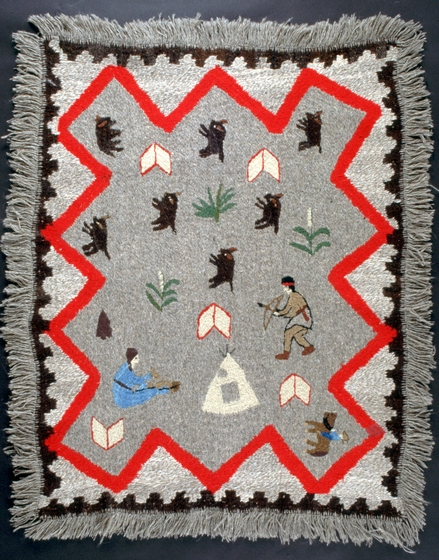 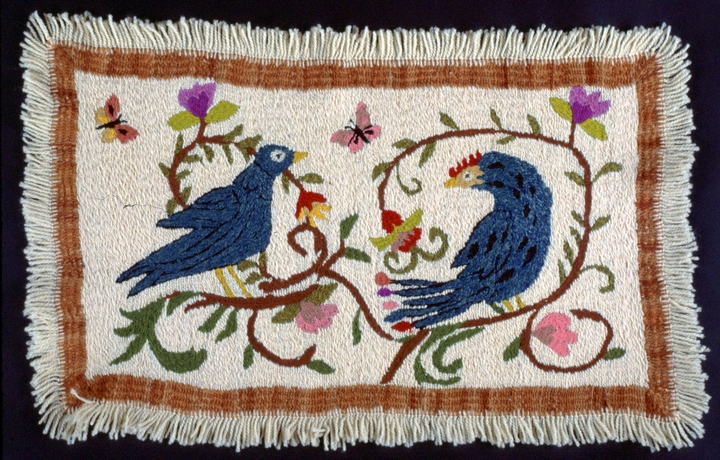 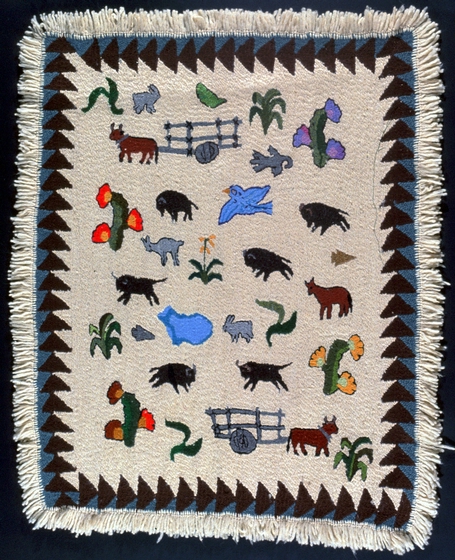 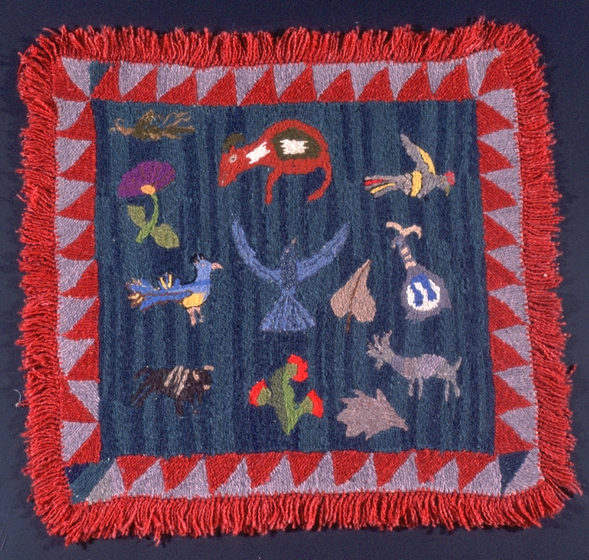 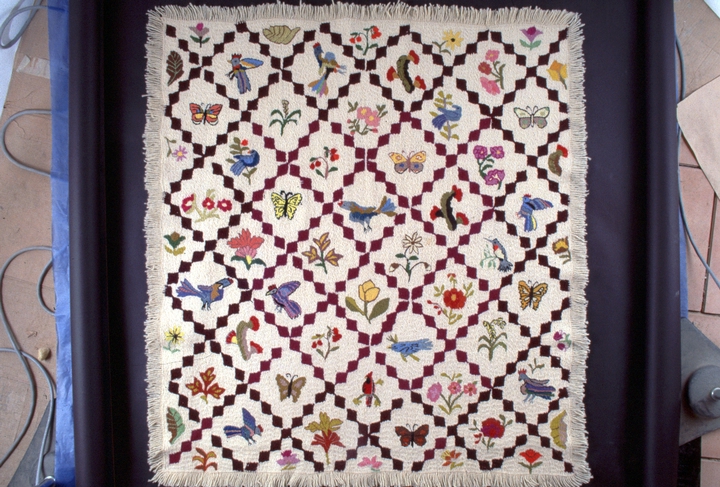 Frances Varos was born in Arroyo Seco, New Mexico. In 1929, she moved to the northern New Mexico Mormon community of Carson to work mending blankets. Among the traders with whom she worked was Claude Graves, whom she married in 1931.

Graves' maternal great-grandfather had been a weaver, and her mother had passed on her knowledge of needlework and spinning and dyeing wool. But Graves saw her first colcha in Carson. "We bought an old colcha [blanket] in Ojo Caliente," she said. "It was pieced together in something like a double wedding ring pattern. Part of it needed mending, so we tore it apart and copied the stitch. We kept on practicing until we got it right.... Right after I got married, I started making colchas for my own use. I made my first one on gunny sacks for the floor.... Money was hard to get, and we were paying off our land. Claude was working for the State Highway Department for $3.75 per day, and I made colchas. A man named Cramer had a store in Chamita, and he wanted every colcha that I made. He would give part cash and part trade.... I have worked on colchas since then and have taught and exhibited my work."

As other women in the area followed her example and started their own cottage industries, a "Carson colcha" style emerged that incorporated new stitch patterns and motifs into the old form. According to the program for a Millicent Rogers Museum exhibit: "Carson colchas are relatively easy to identify in that they reflect an Anglo sense of pictorial composition and are relatively large in size when compared to earlier ones. In addition, the materials used in the making of a Carson colcha are almost all recycled. Another identifying feature ... is the vertical direction of the stitches, whereas in the older colcha embroideries, the stitches follow the curves of the pattern."

Through her involvement as a teacher and mentor, Graves ensured that her craft would continue. She taught several women in the Taos community.