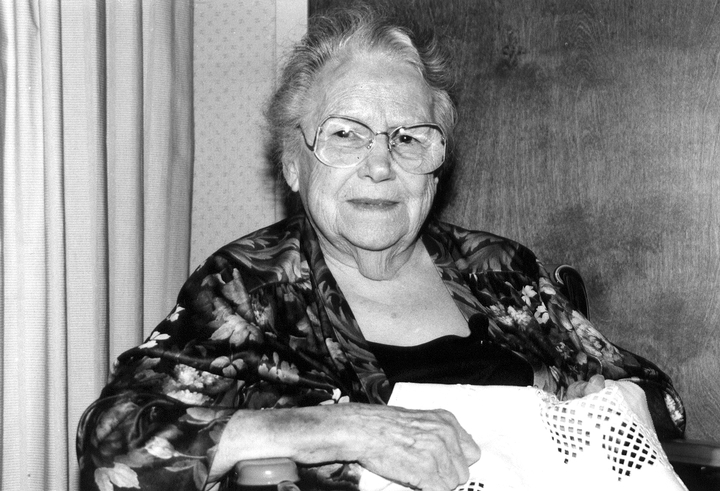 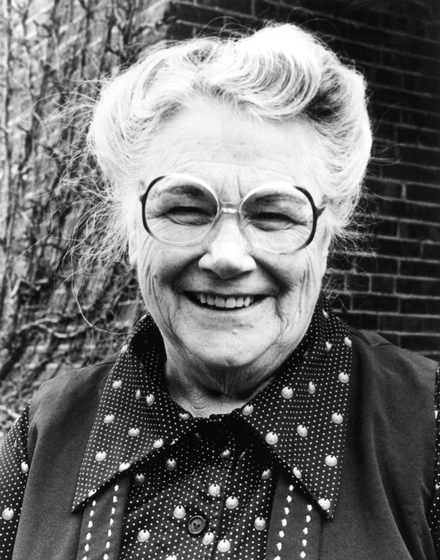 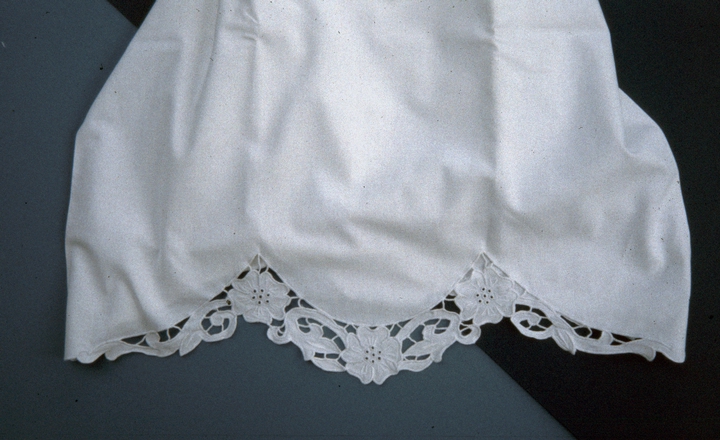 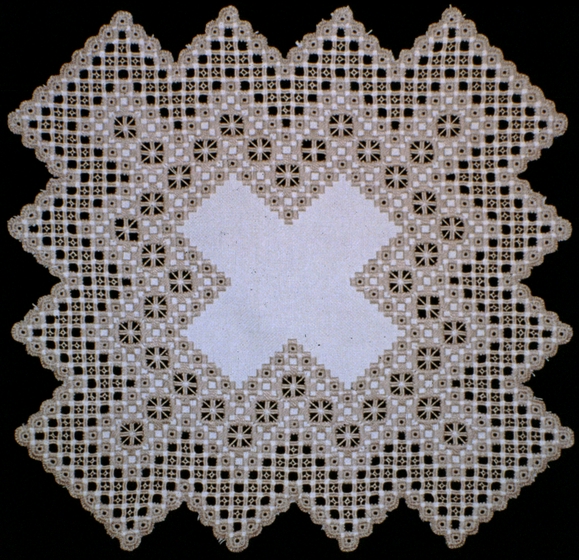 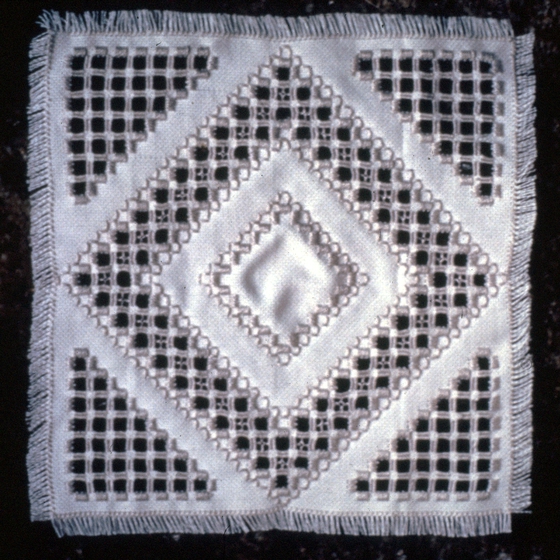 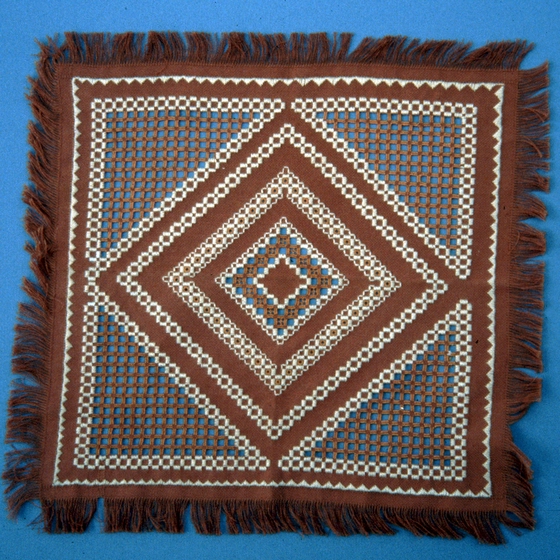 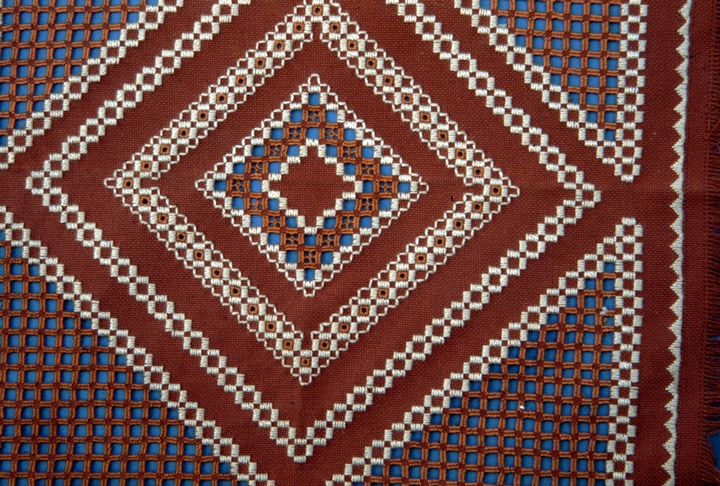 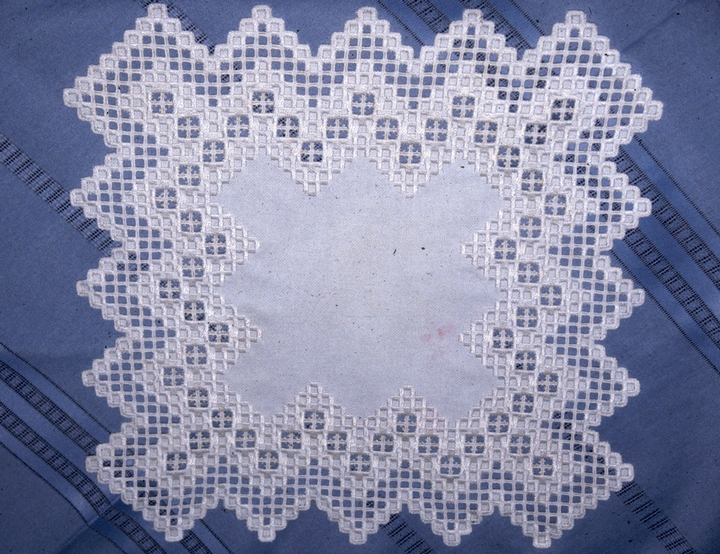 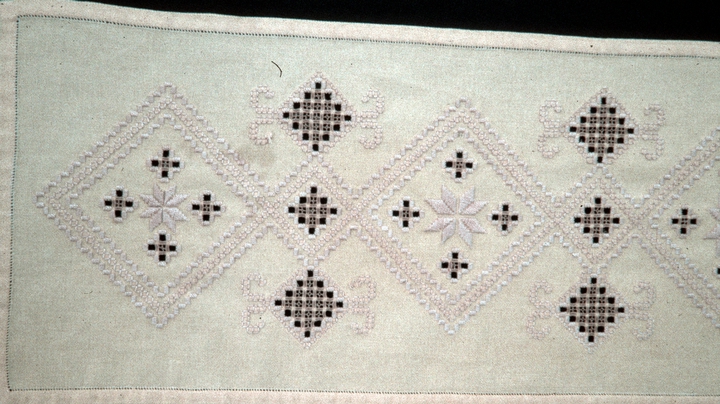 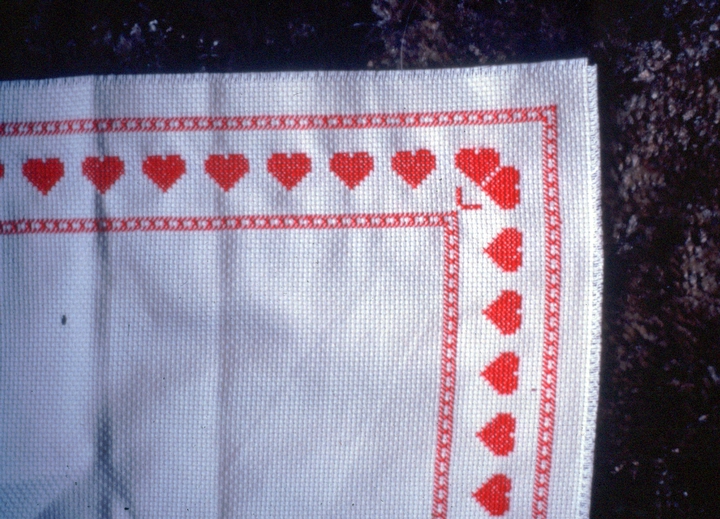 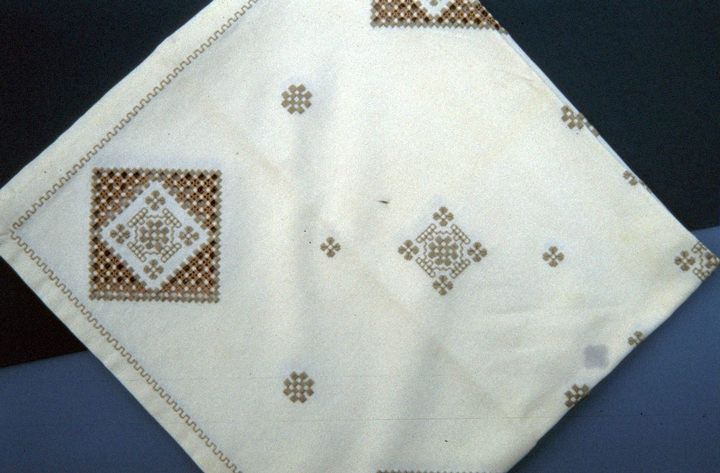 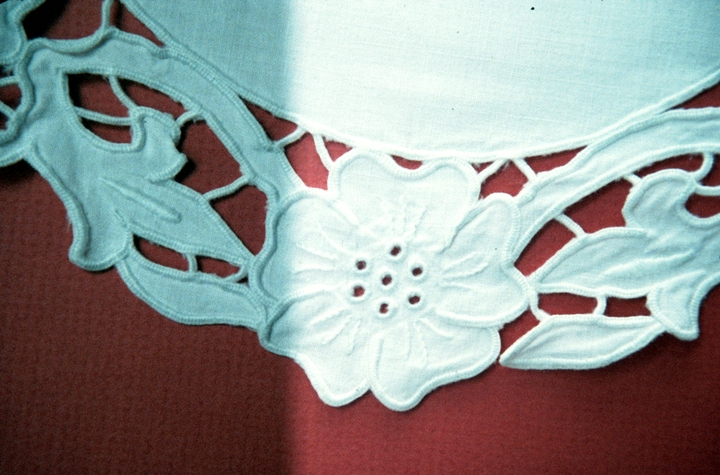 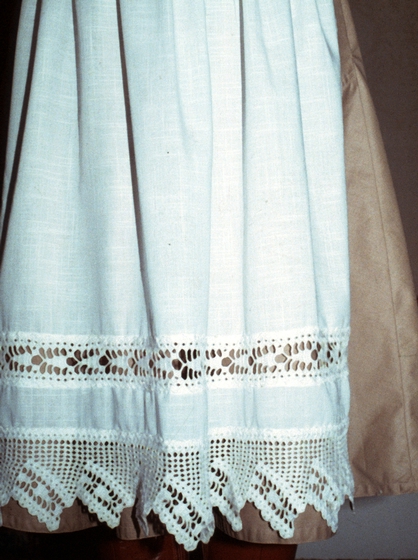 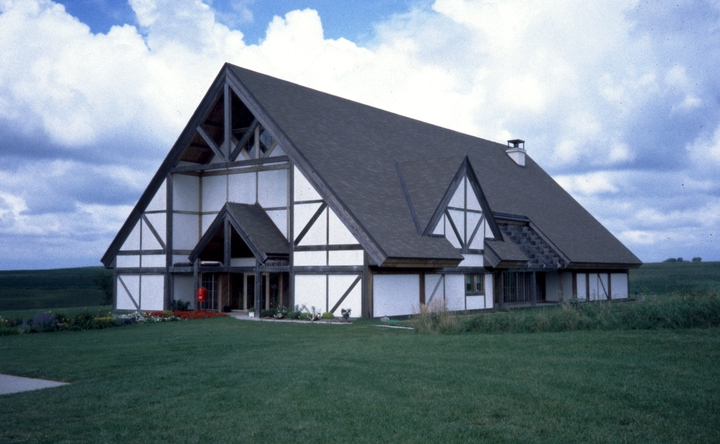 Nadjeschda Overgaard was born Nadjeschda Lynge in Tara, Siberia, where her Danish parents were living. Her father worked to establish creameries that would use Danish equipment. In 1910, the family returned to Denmark. In 1915, they immigrated to the Elk Horn, Iowa, area, where Nadjeschda attended school and eventually taught in rural elementary schools. She married Niels Overgaard in 1933, and they raised seven children. From 1951 to 1956, she returned to teaching in rural schools.

Overgaard took every opportunity to pass along the artistic skills and cultural knowledge she had learned from her mother. "We certainly were American, but I treasure my Danish heritage," said Overgaard, who lived in the nearby village of Kimballton. "It embarrasses me when people say it's Danish and they don't know. I was brought up Danish, and I'm not satisfied with a substitute."

Hardanger embroidery is a three-dimensional, open "counted thread" needlework. Traditionally, white cotton thread is applied to an even-weave white linen, often twenty-two threads per inch. The fabric is cut in squared, geometric patterns determined precisely through the counting of threads in each cut. Then a traditional repertoire of stitches, such as the basic satin stitch, consisting of five stitches covering four threads of fabric, is applied around the edges of the cutwork. This creates a range of delicate, precise and minutely detailed patterns. The loose ends of the cut fabric are then interwoven into the embroidery, adding texture.

Overgaard's knowledge of the technique of Hardanger embroidery and its place in Danish heritage, as well as her lifelong efforts to keep many other Danish traditions, earned her a special place among Danish Americans. She volunteered to pass along her knowledge of embroidery, the Danish language, culinary arts, choral music, folk dance, papirklip "paper-cutting" and Danish folk plays. "Anyone who admires the work and wants to start, I help them," she said.

Her six daughters have followed in her footsteps, practicing, demonstrating and teaching Danish traditions. Her work was exhibited in the milestone exhibition of Iowa folk crafts, "Passing Time and Traditions," and is included in the collection of the State Historical Society of Iowa.