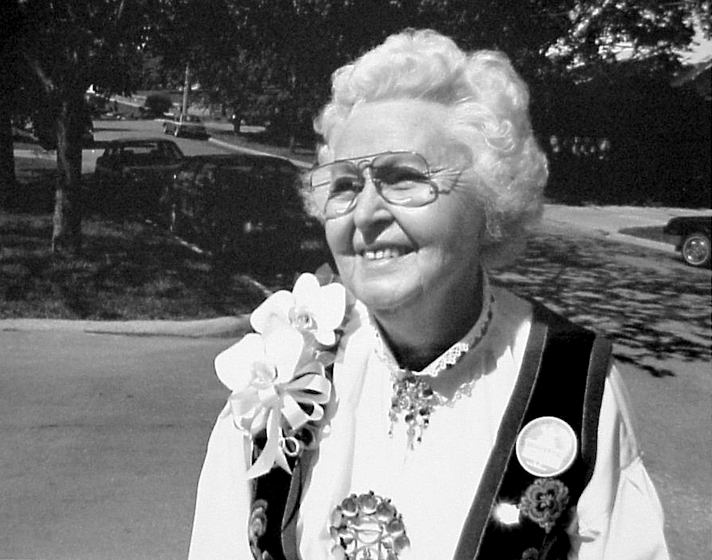 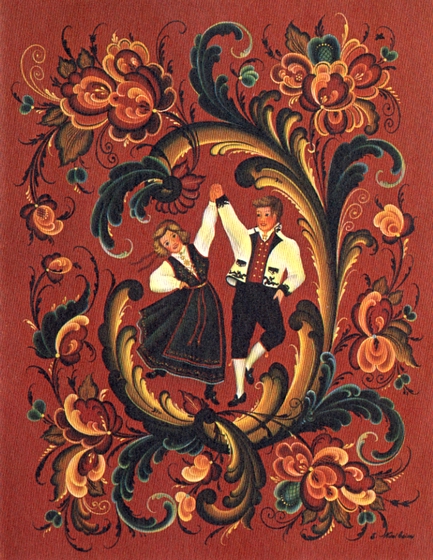 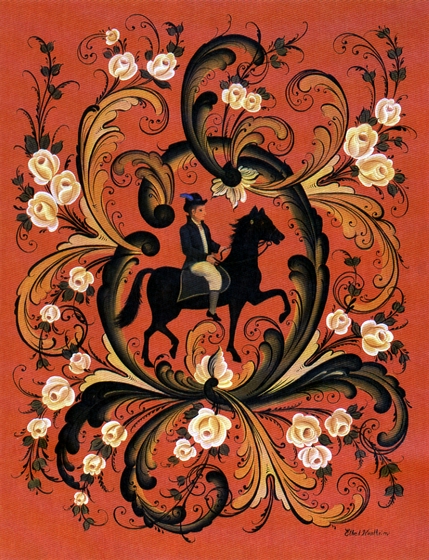 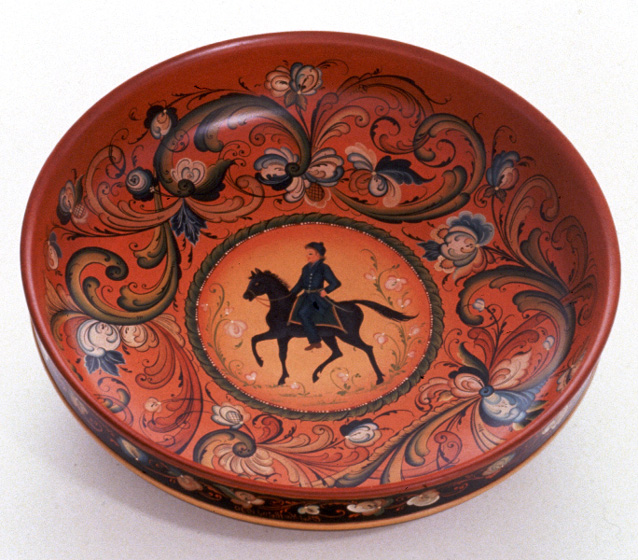 During the Depression years of the 1930s, an unemployed wagon-stripper in southern Wisconsin named Per Lysne turned to rosemaling, or rose painting, as a source of desperately needed cash. The art was a tradition in his family, and he had utilized some of its techniques in the gilt decorations and signs he had painted on the horse-drawn wagons of his youth. Using designs he remembered from his father's work and adapting them to wooden objects, he eventually developed a rosemaled wooden "smorgasbord plate" designed for mail-order sales. It became very popular.

Among the many young Norwegian Americans who came to watch him paint in his studio in Stoughton, Wisconsin, was a neighbor, Ethel Kvalheim. She became the key link in the American revival of the art form and the premier senior rosemaler in the United States. In addition to learning from Lysne, she took care to observe and learn from the many examples of old-world rosemaling in her neighbors' homes.

Rosemaling traditionally was done on furniture, on small wooden household items, and occasionally on architectural features such as doors, lintels, and ceilings. It came to America with the wave of Norwegian immigration, roughly from 1840 to 1915, but the art was in decline until its revival by Lysne and his disciplines, including Kvalheim. It spread through the upper Midwest and eventually experienced a national revival, with support and encouragement in the late 1960s from the Vesterheim Museum of Decorah, Iowa.

National shows in the art of rosemaling are evaluated by a trio of judges: American and Norwegian senior rosemalers and a senior artist from another field. Such a panel is used because of the varied aesthetic traditions that have grown up in the art. The American style utilizes solid blocks of color often outlined in black and features cross-hatching, pastel colors and central floral designs. Norwegian rosemaling, on the other hand, includes a number of distinctive regional styles that generally feature traditional dark colors, careful shading, brushwork effects and a frequent use of abstract, stylized designs.

Kvalheim learned to work in all styles, but she said that any artist, including herself, interprets the designs individually. She was commissioned in 1976 to rosemal the entire interior of the Stoughton Home Savings and Loan Bank. But afterward, she preferred to paint for her own enjoyment rather than by commission. She taught few classes, preferring to teach by example.

The king of Norway granted Kvalheim the Medal of St. Olaf in recognition of her artistry. She received the Vesterheim Museum and National Rosemaling Association's first Gold Medal Award in 1969.