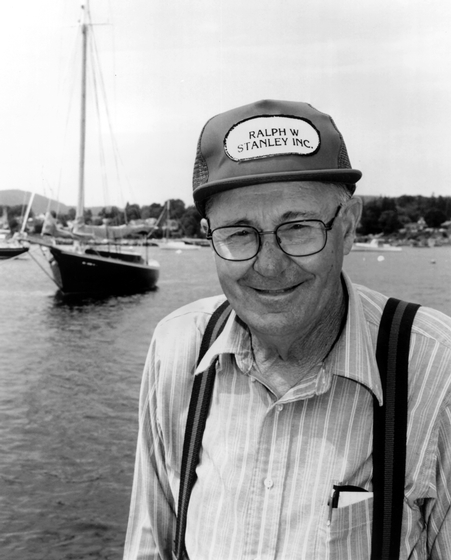 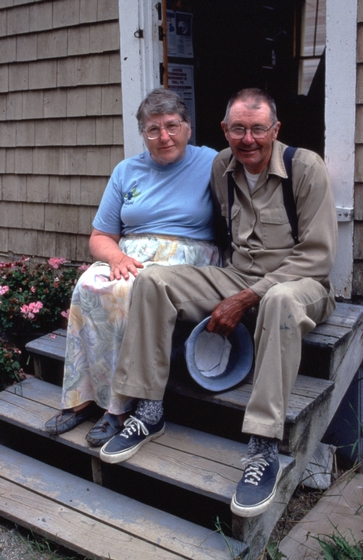 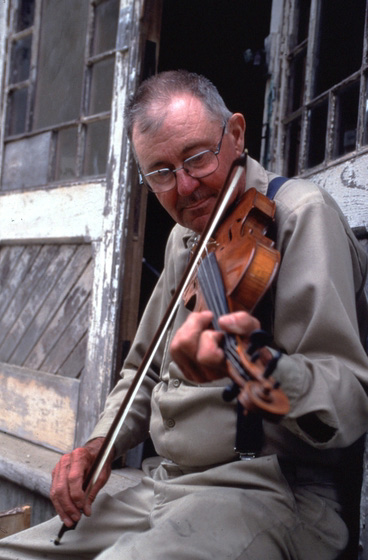 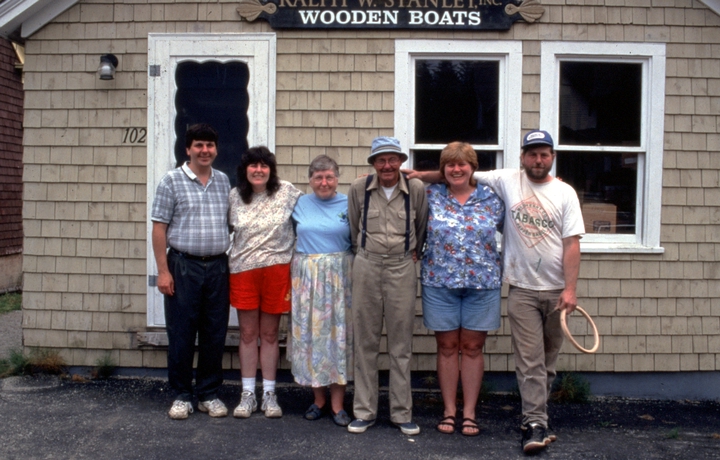 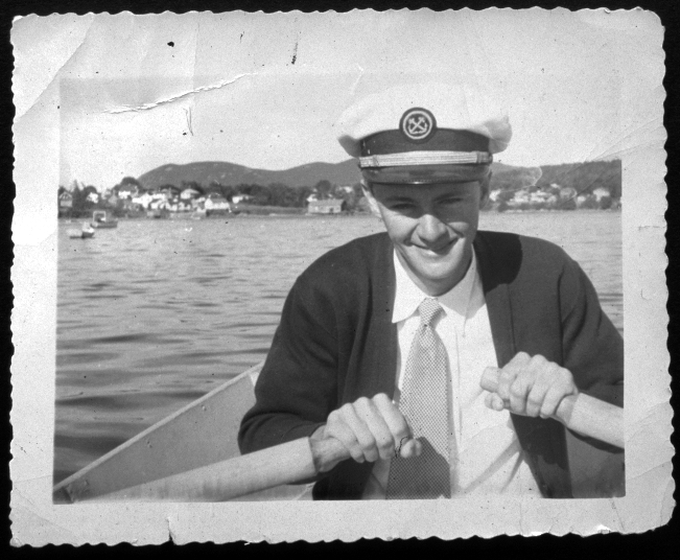 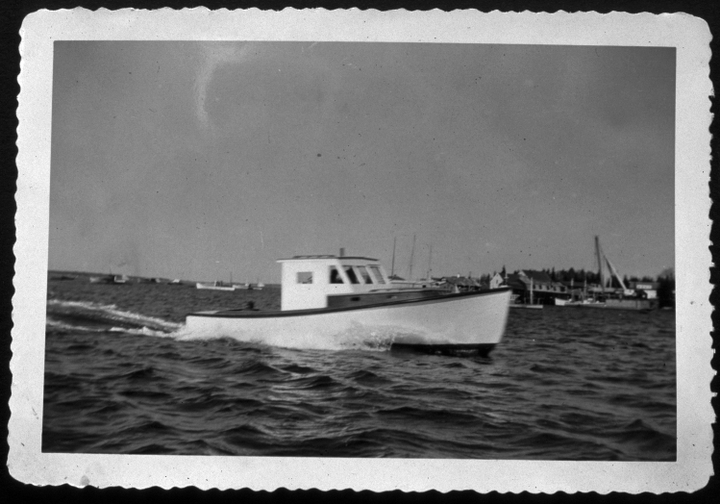 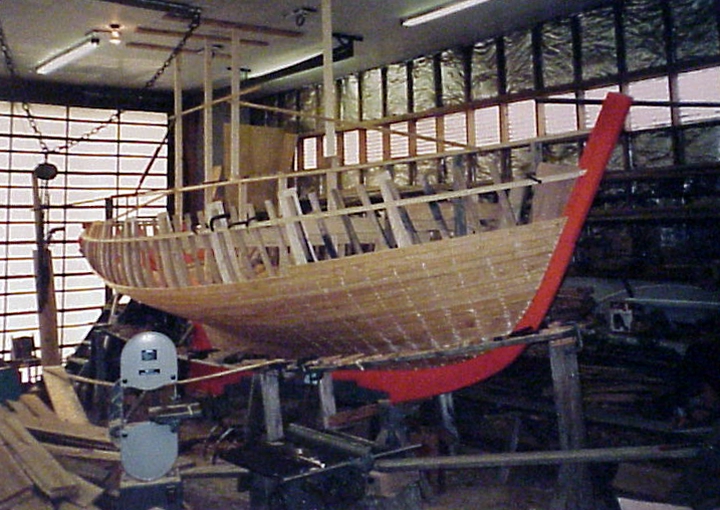 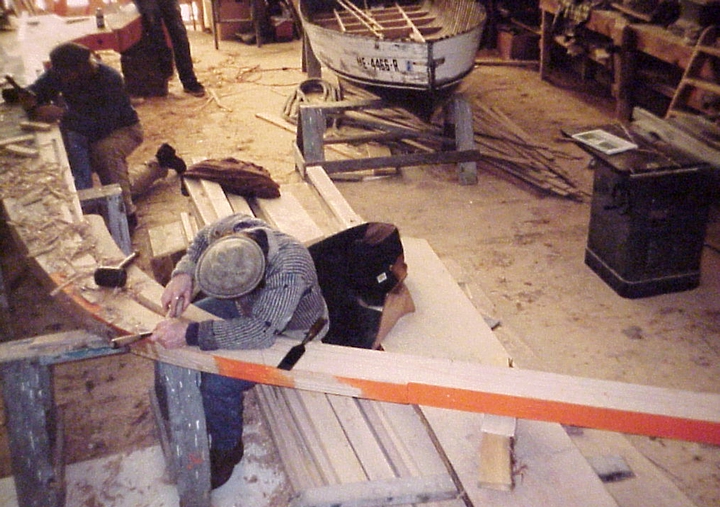 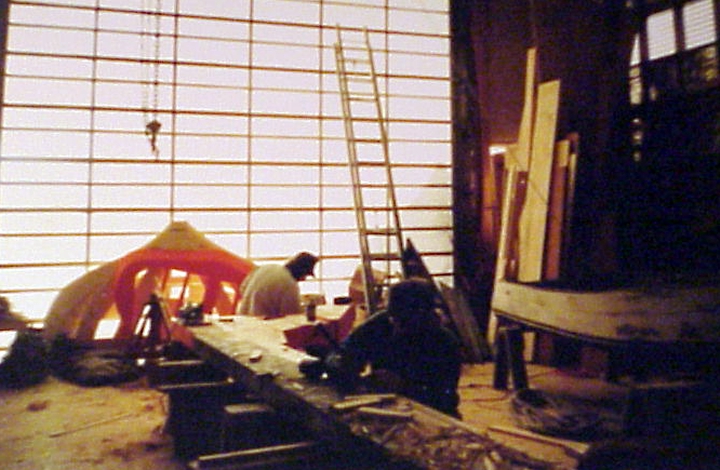 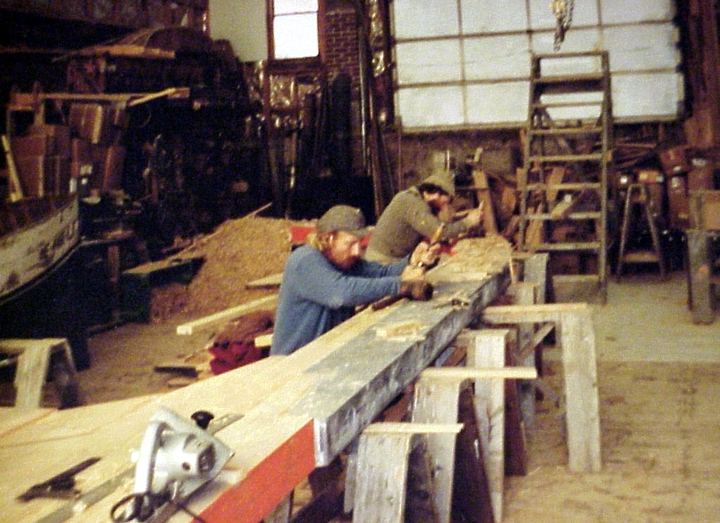 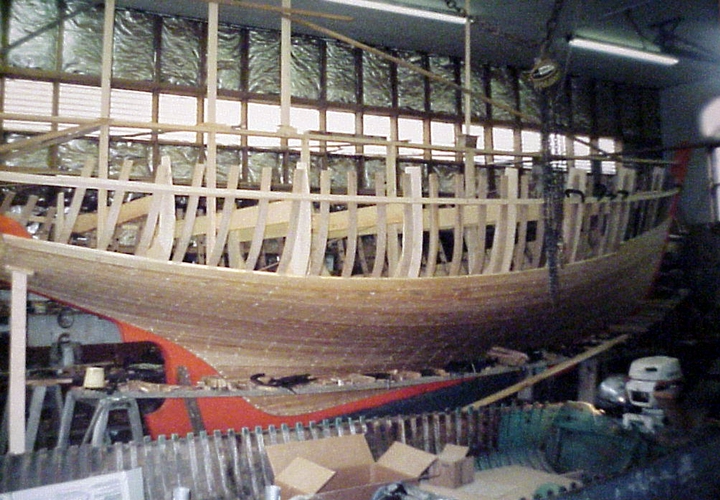 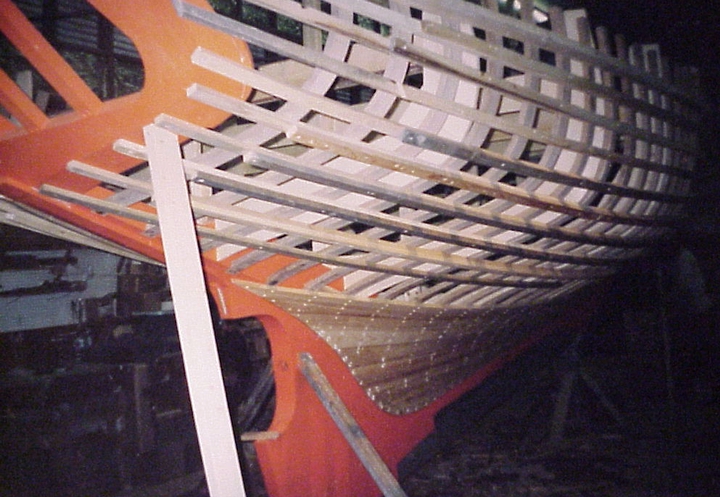 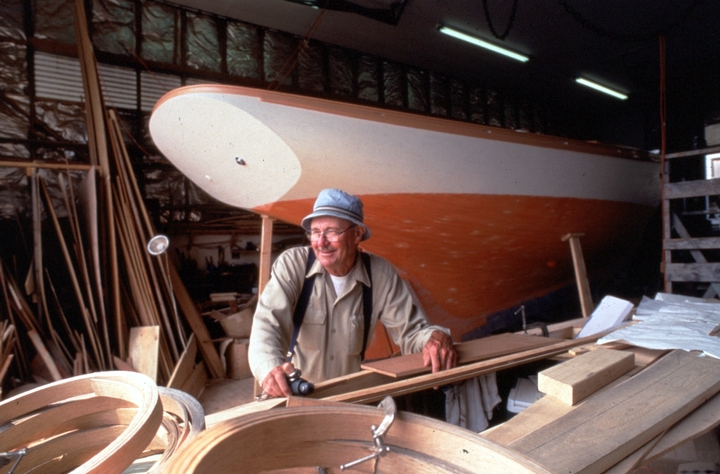 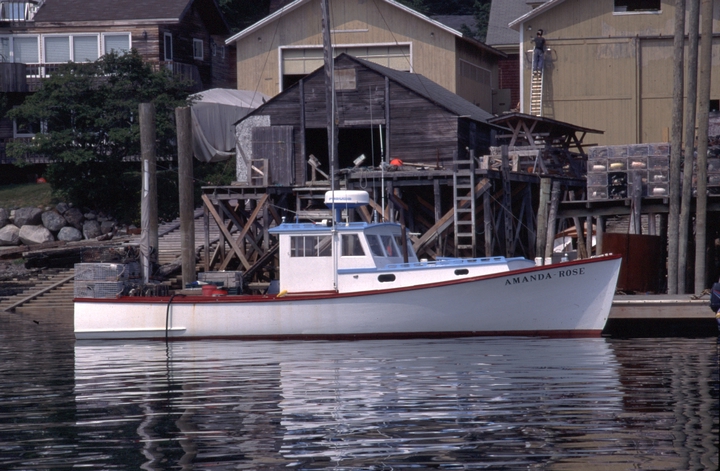 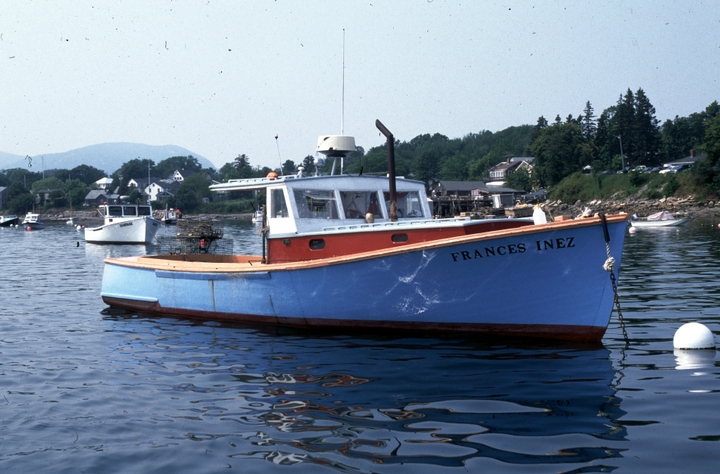 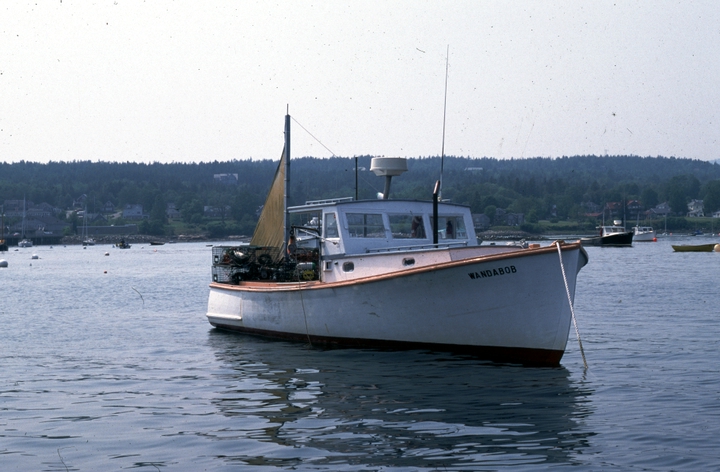 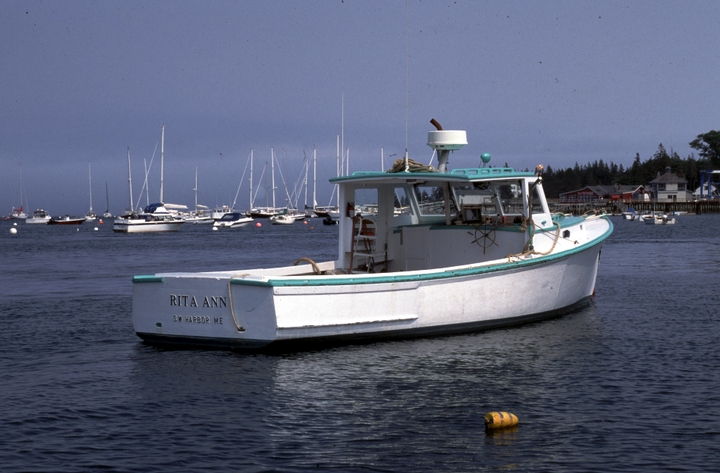 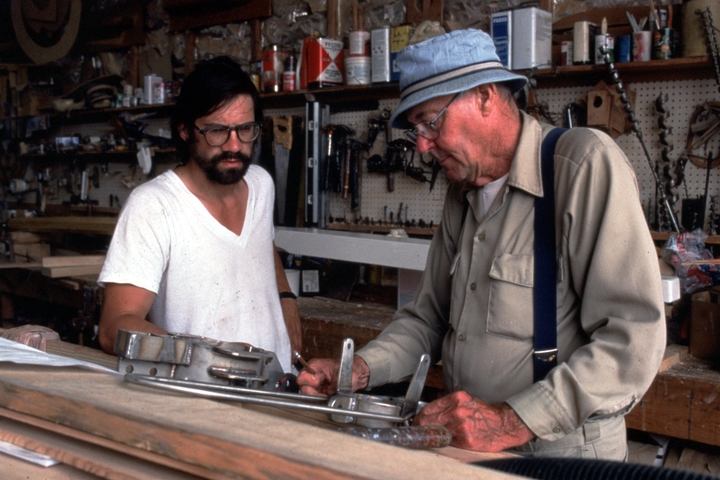 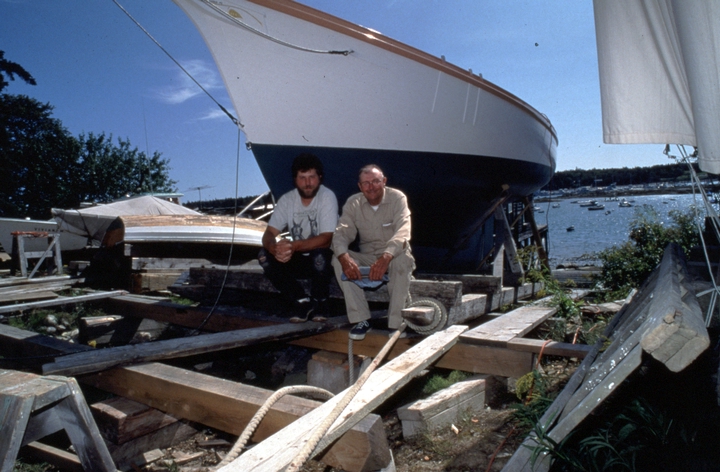 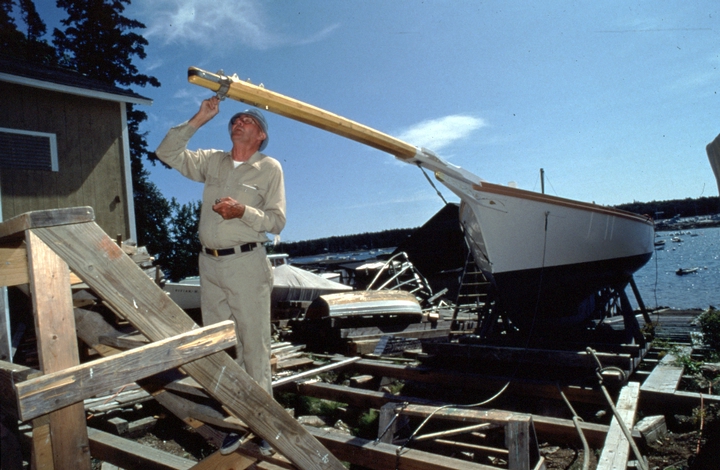 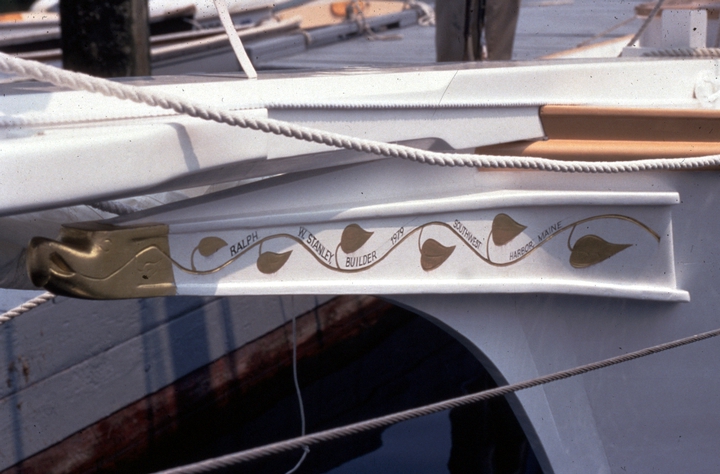 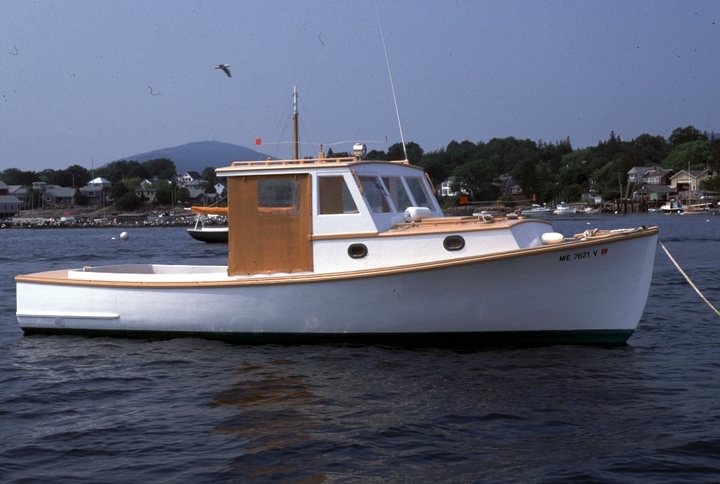 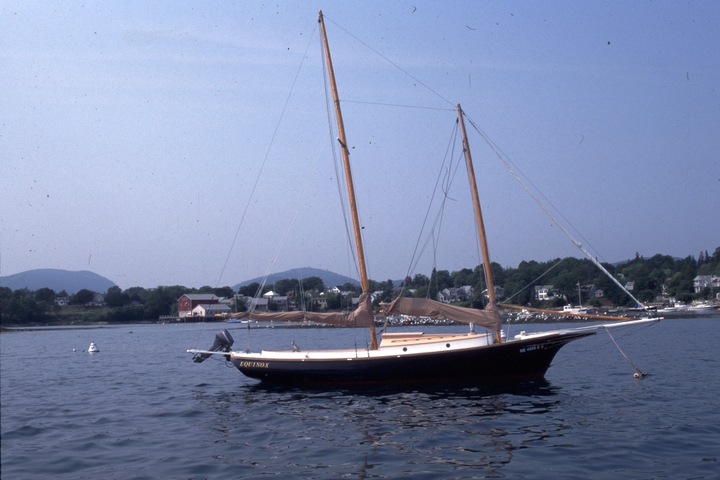 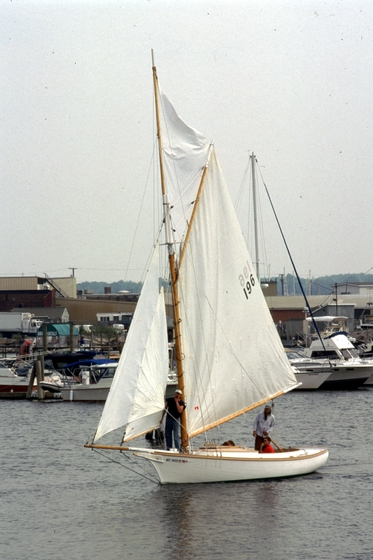 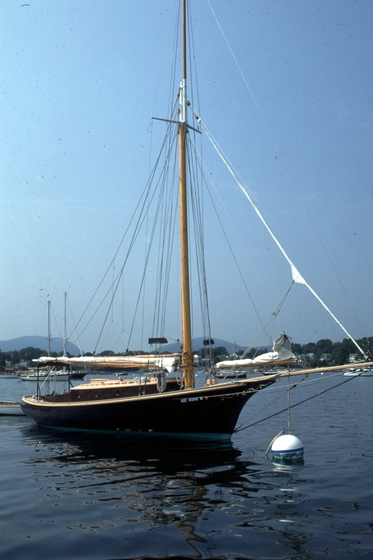 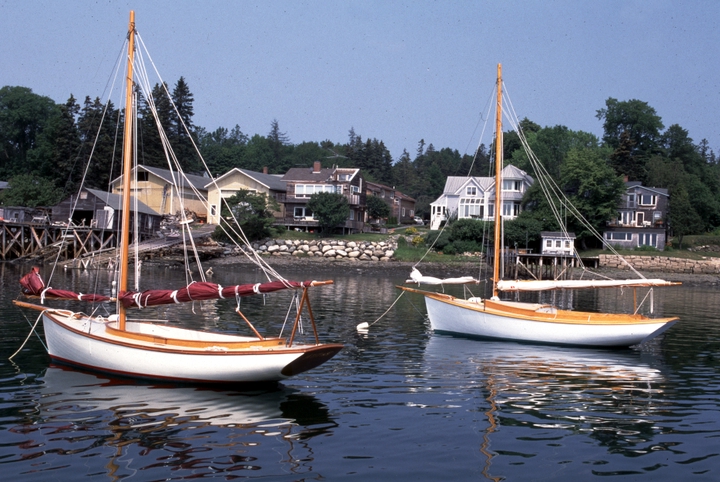 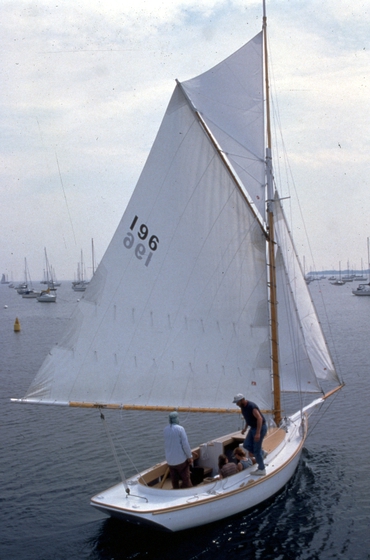 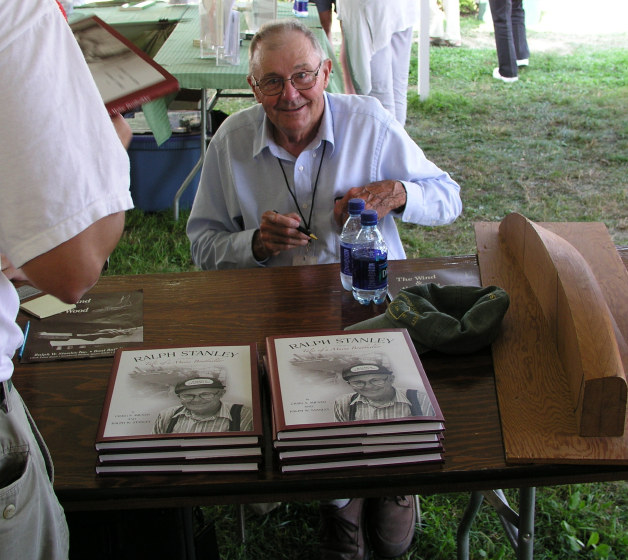 Ralph W. Stanley hails from Bar Harbor, on Maine's Mount Desert Island. His mother was a registered nurse and his father was a lobster fisherman who also skippered a yacht for well-to-do summer residents. Stanley descended from a long line of mariners who first settled on the island around 1760.

He grew up in the small island community of Southwest Harbor. Commercial fishing boats and pleasure boats have always been a prominent part of the local landscape, and Stanley was attracted to them at an early age. As a youngster, he made toy boats out of wood and played with them in the harbor, and he enjoyed making drawings of boats, too. When he was old enough, he accompanied his father in his boat when he went out to haul his lobster traps. During his high school years, Stanley became interested in boatbuilding. World War II was in progress, and since the local boatyards were humming with activity, he was able to observe the construction of large fishing boats, called draggers, and other vessels.

After earning an associate degree from a college in northern Maine, Stanley returned to Southwest Harbor. Not sure what occupation he wanted to pursue, he decided to try to build a boat. So he earned the money he needed to buy wood and other construction materials and, during the winter of 1951-1952, he built a 28-foot lobster boat. The boat turned out well and a local person bought it. This led to orders for other boats. "I've been building [boats] ever since," he said.

Stanley learned to build boats not by apprenticing himself to another boatbuilder but mainly by keenly observing and using boats and by observing the activities of several professional boatbuilders who specialized in the Mount Desert Island version of the Maine lobster boat. As Stanley explained, "I used to go and see what they were doing and talk with them. A lot of times it was better to watch what they were doing and not ask. You'd learn more [that way]. Boatbuilders didn't know how to tell you, you know. Stand back and watch, and you'd find out more."

In designing his boats, Stanley used locally available wood, including white cedar, oak and pine. He designed his boats either by drawing scaled-down "lines plans" on paper or by carving scaled-down wooden half-hull models and then drawing out, or "lofting," the boat's full-scale lines on the floor of his shop. This drawing provides a full-size pattern for the boat that is to be built.

Over the course of his career, Stanley built a large number of traditional boats: approximately seventy vessels, from small sailboats to large offshore lobster boats, most of which are still in use. In addition to fishing boats, Stanley also built a number of pleasure craft. These include engine-powered pleasure boats derived from the lobster boat hull form; they are sometimes called "lobster yachts."

Other pleasure boats he built were single-masted sailing vessels called Friendship sloops. The sloops were originally built in and around the coastal village of Friendship, Maine, in the 1880s, and were used by commercial fishermen. Eventually they were replaced by engine-powered boats that gave fishermen greater speed and range. However, during the 1960s and 1970s, there was a revival of interest in Friendship sloops among recreational sailors, and Stanley played a major role in the revival by restoring old sloops as well as building new ones in the old style.

Until his retirement in 20003, Stanley was one of Maine's few remaining professional boatbuilders solely engaged in wooden-boat construction. "Building wooden boats is like climbing a still-growing tree where you never get to the top," he said. "I keep finding new ways of doing things and new things to do. You can always improve; you're always looking to improve."

Like many small Maine boat shops of the past, Stanley's shop was family-run. His daughter Nadine was the bookkeeper, a job previously held by her mother, Marion. A son-in-law, Timothy Goodwin, ran the boat storage and maintenance part of the business. Stanley's son Richard, a talented boatbuilder in his own right, was his right-hand man in the shop.

In retirement, Stanley has focused on making fiddles and studying genealogy. He is a dedicated amateur historian who tries to uncover new information about the history of boatbuilding on his island and share it with children and adults. He has written articles based on his research and has taken part in symposia sponsored by museums in New England.