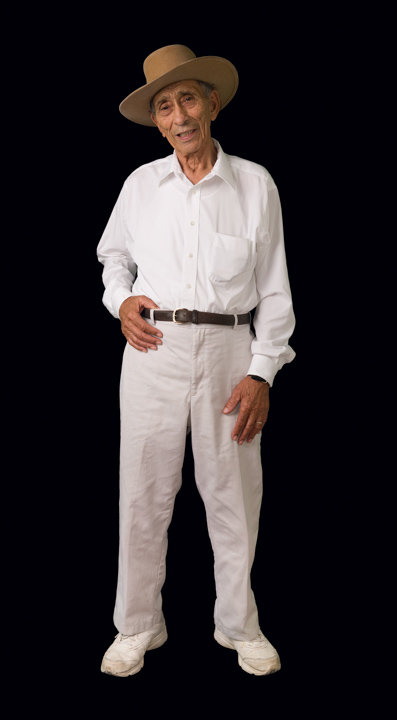 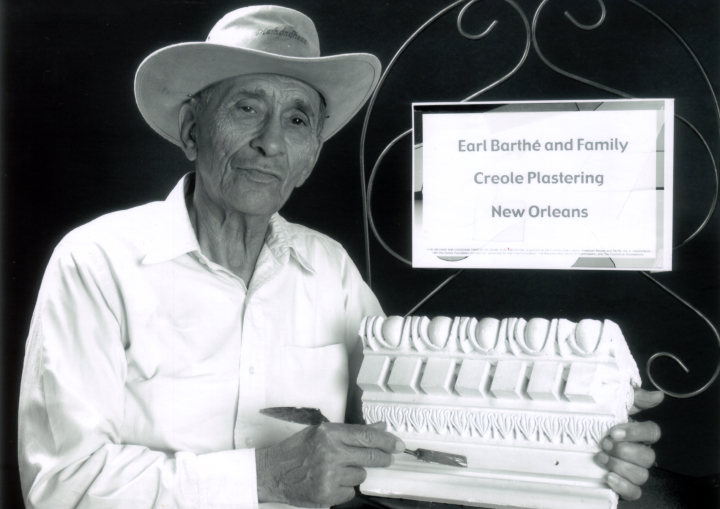 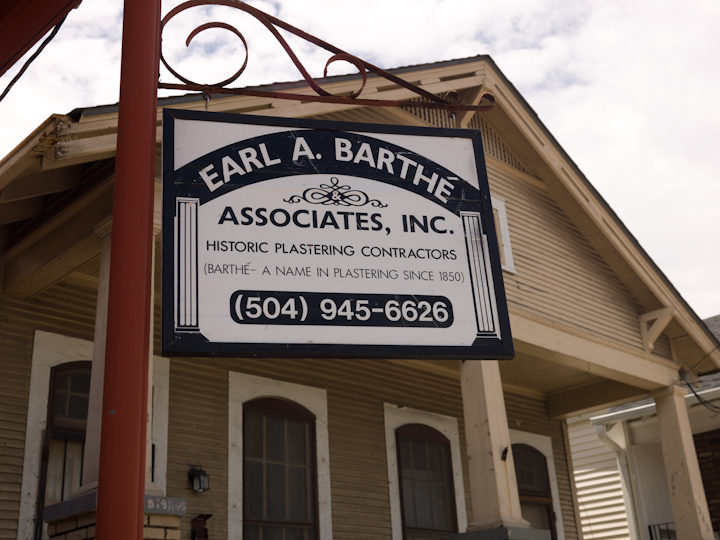 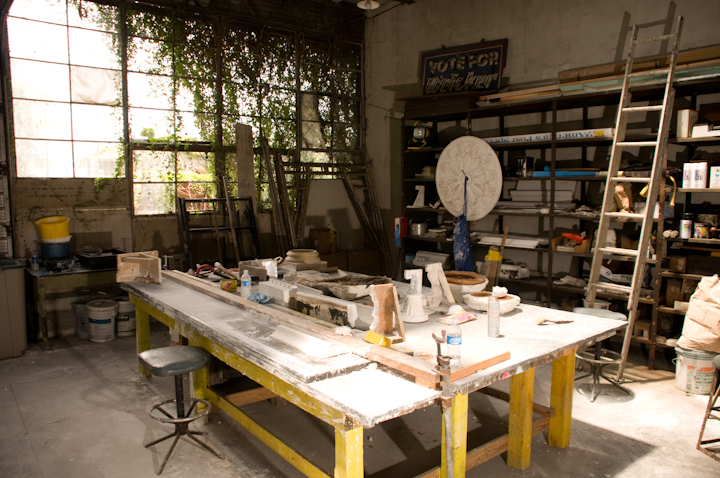 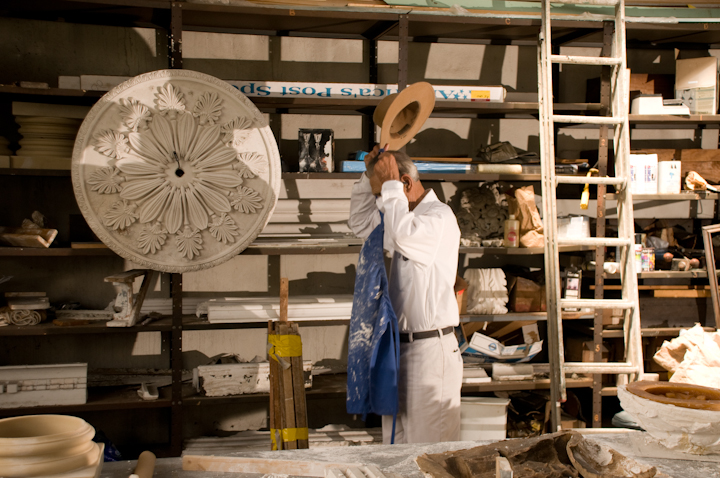 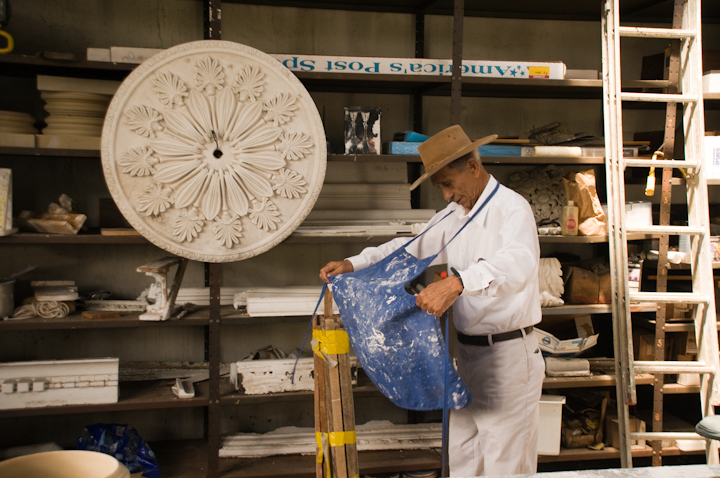 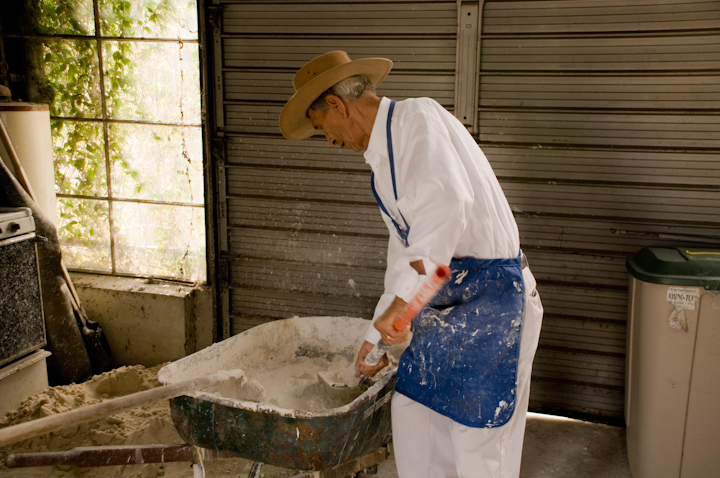 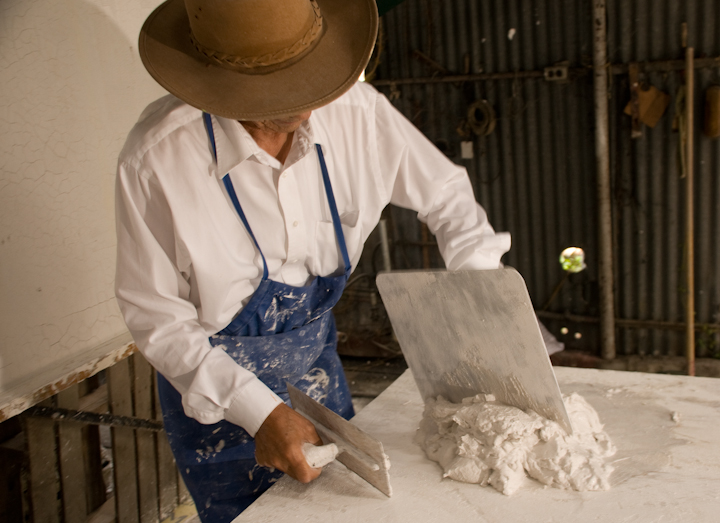 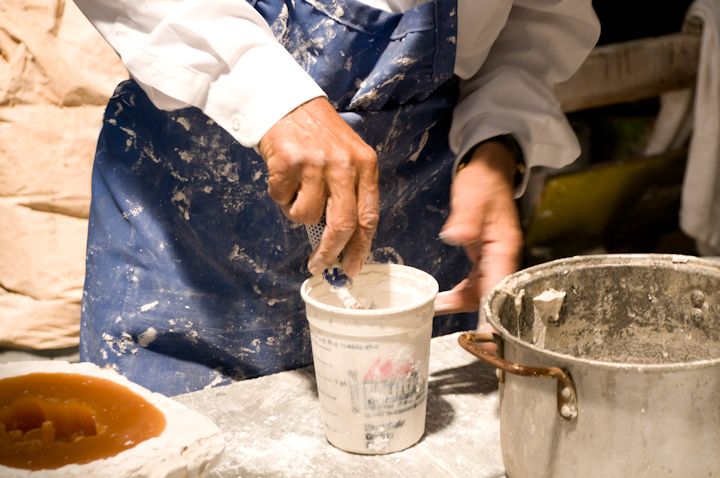 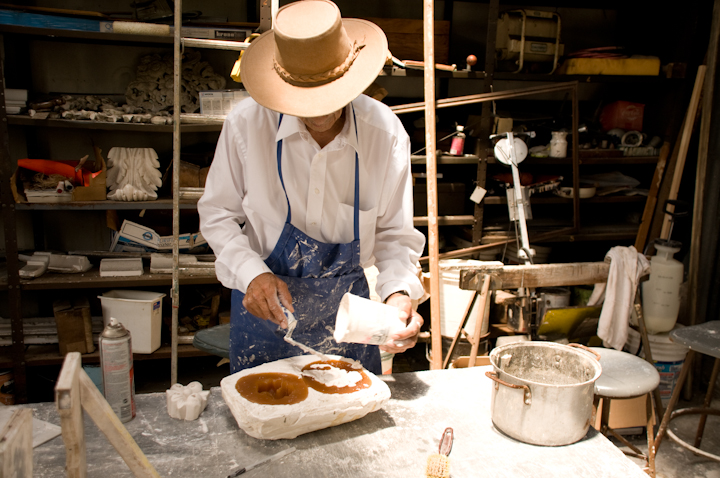 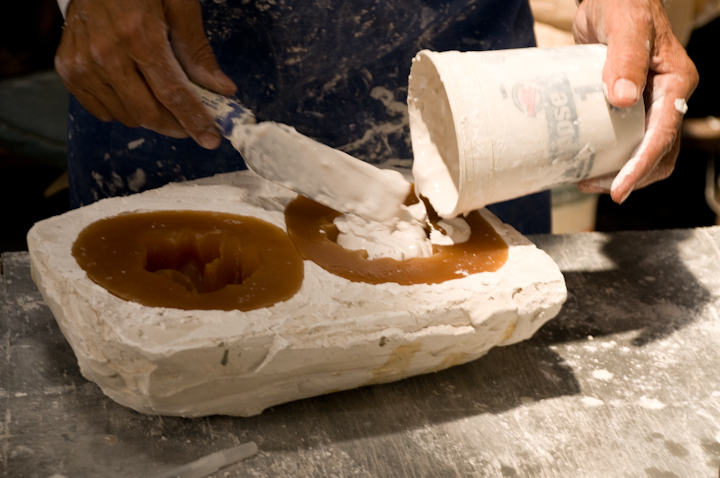 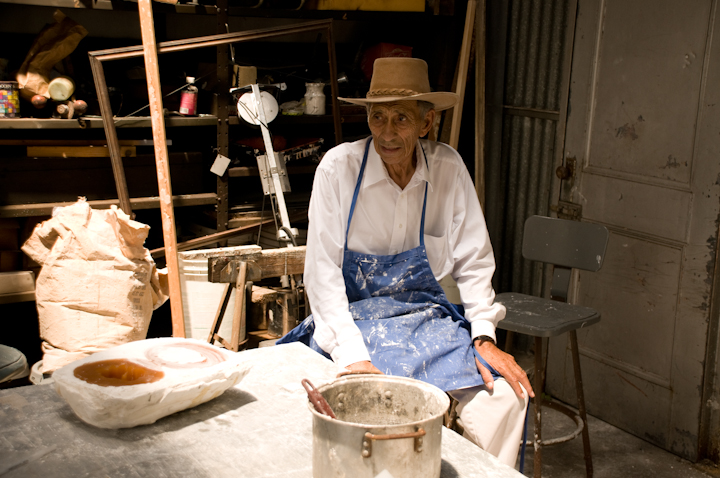 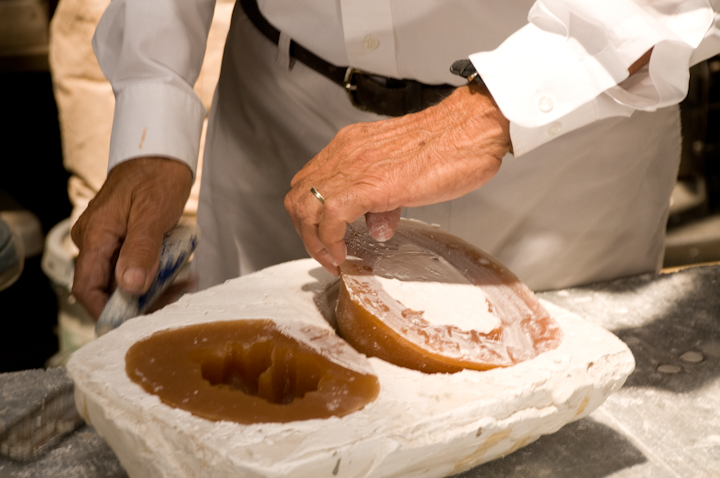 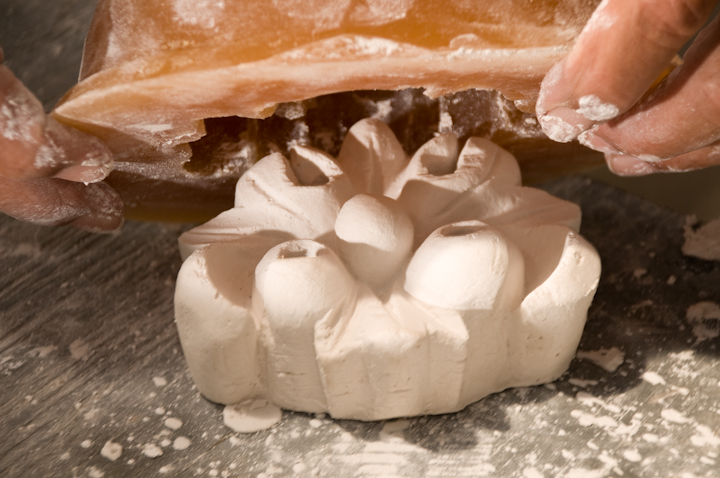 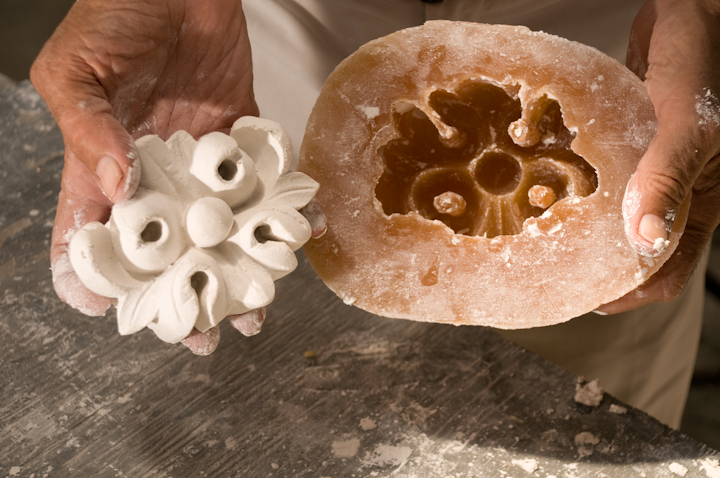 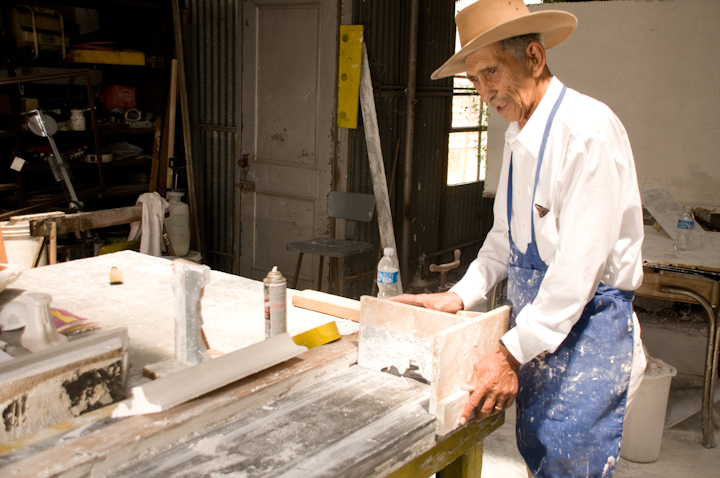 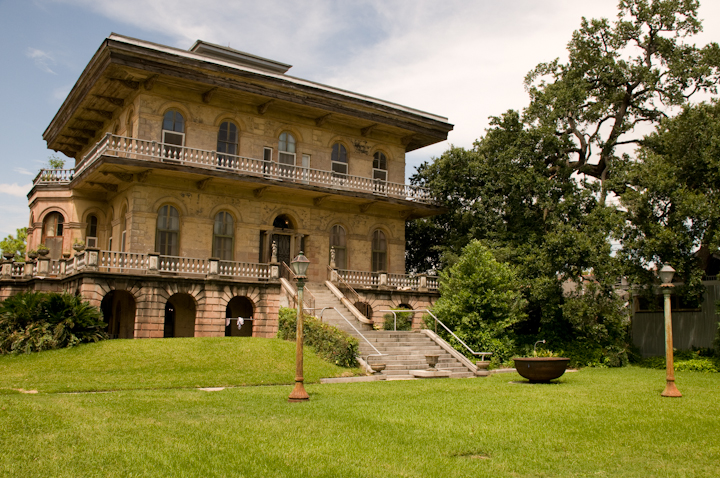 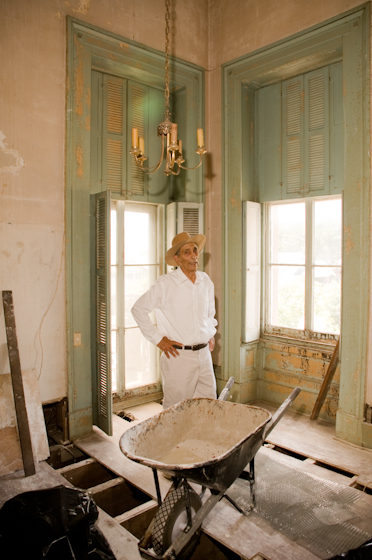 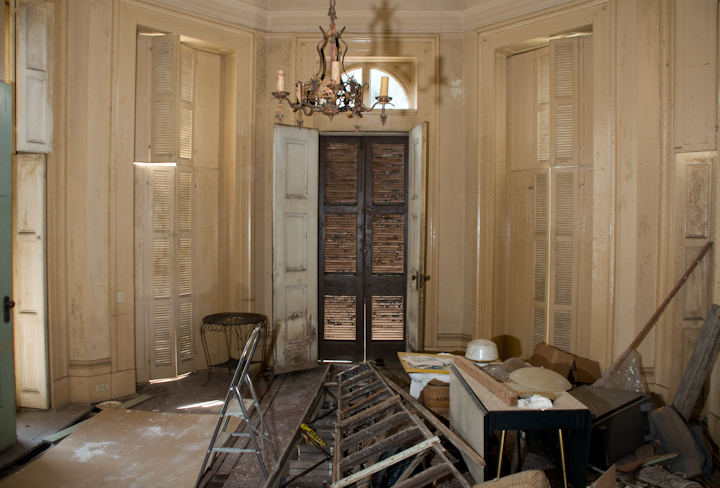 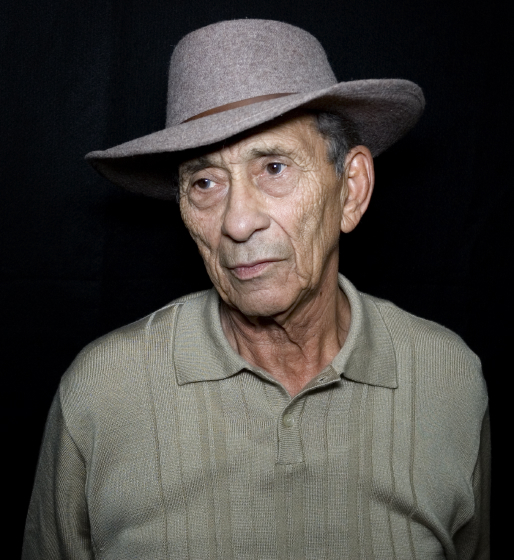 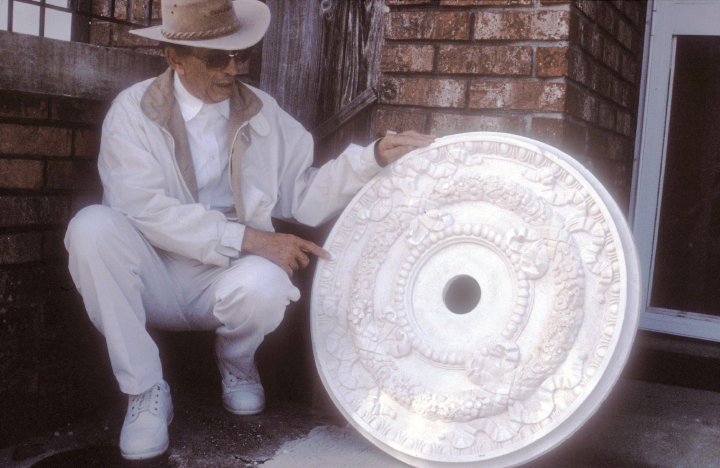 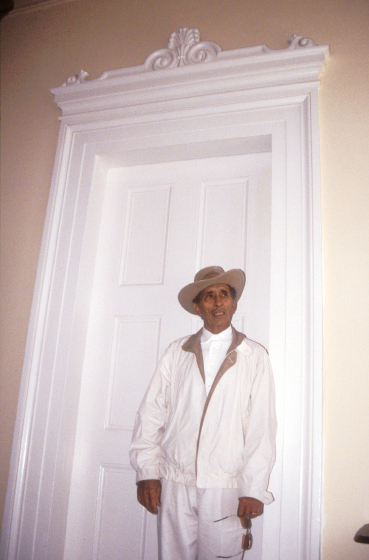 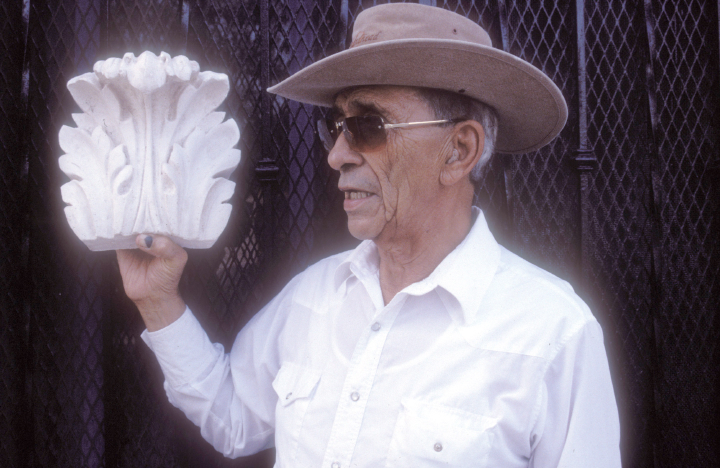 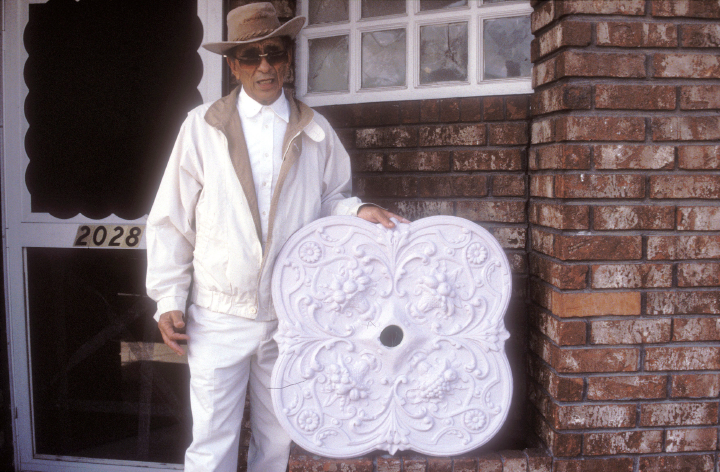 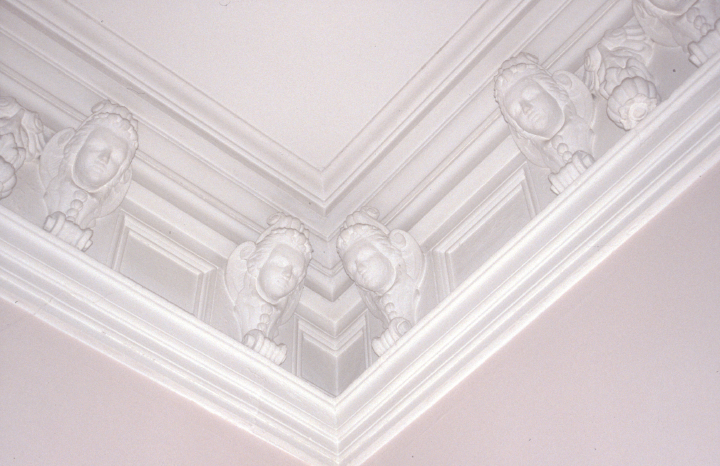 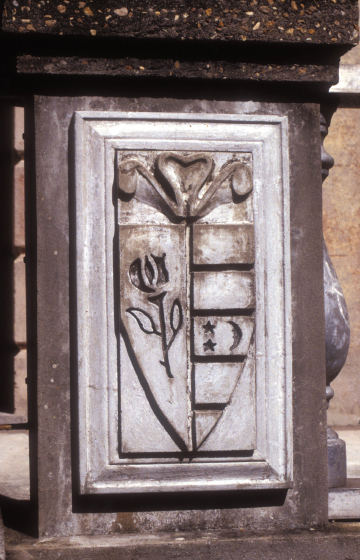 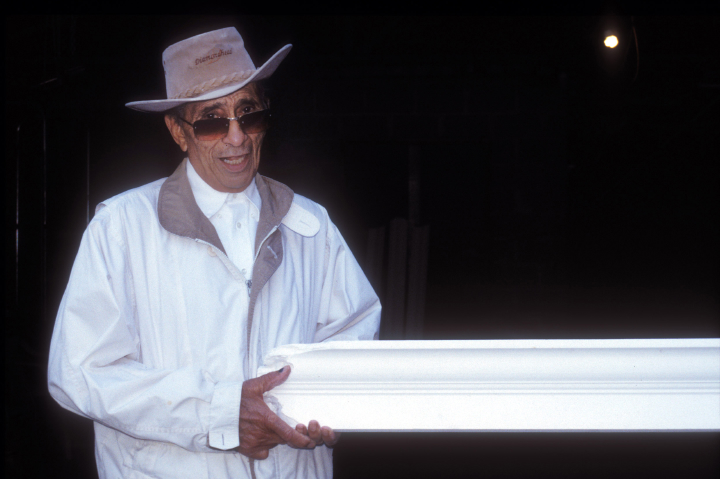 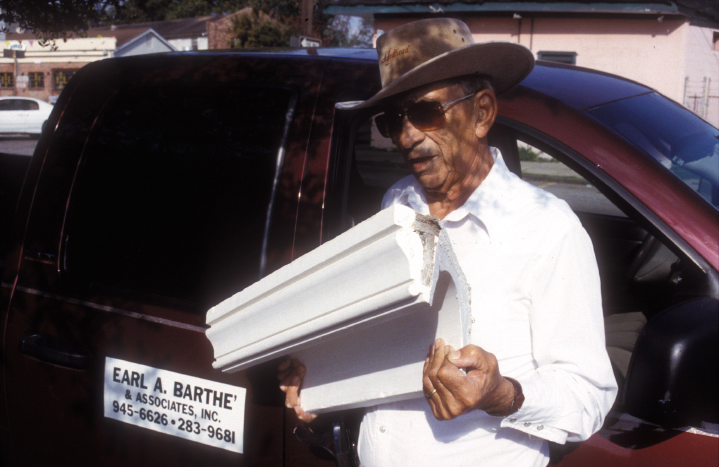 Earl Barthé of New Orleans was a fifth-generation master plasterer. He was a Creole of color whose great-great-grandfather Leon Barthé came from France via Haiti. In an interview with Nick Spitzer on the American Routes radio program, Barthe told of his ancestor’s 19th-century journey to the United States: “He stopped off in Haiti, and that’s where he met my grandmother. And he brought her over to New Orleans with him. … My daddy told me that old man Leon could look at you and produce you in plaster as he was looking. No sketches. No drawings, anything. That’s the type of mechanic that he was.”

Most of New Orleans’ plasterers, Barthé remarked, have been Creoles of color, “a mix of white and Negro blood.” His grandfather Peter Barthé organized Local 93 of the plasterers’ union in New Orleans in 1901. The plastering trade was passed down from generation to generation. His father and grandfather “trained us right from the jump, trained us to appreciate this work. You cannot do this work if you don’t appreciate it. It’s not something you’re just doing out of the sky. It’s some precious work. It’s like a diamond, like a jewel, and it’s for you to preserve it,” said Barthé. The real art of plastering, he commented, is “the ornamental work, the cornice work … the medallions in the ceilings and the corbels in the arches, that’s the bottom of the arch.”

“I don’t want to knock Sheetrock, but when you put plaster on, it’s there for your lifetime," he said. "You’ll never outlive it. We have a slogan here: ‘Call us. Don’t tear off that plaster. We’ll revive it. We’ll save it for you.’ ”

Barthé saw a strong connection between music and plastering. A number of New Orleans plasterers have been musicians as well according to Barthé, “so, plastering and music sort of rhyme. Well, you run the mold and then you place the dentils, those little square things … that’s cast and placed in the mold. So it’s just like music, and it all has to be in tune. So when you run your arch, you got to put your corbel on the bottom. That’s like the big bass. It looks like a bass. And that has to go on the bottom.” Barthé’s sister Deborah Brown was an opera singer, and he listened to opera as well as Ray Charles and Fats Domino while he worked.

Barthé fled to Texas after Hurricane Katrina hit New Orleans in 2005. According to The New York Times, "Though he lost his tools in the storm, he found his favorite in the back of his truck, a small trowel that had been his grandfather’s."

Earl Barthé answers the question 'What are your keys to longevity?' Roslyn, Virginia, 2005, interview by Alan Govenar

Earl Barthe's daughter Terry Barthé answers the question 'What was it like growing up in the Barthé home?' Roslyn, Virginia, 2005, interview by Alan Govenar