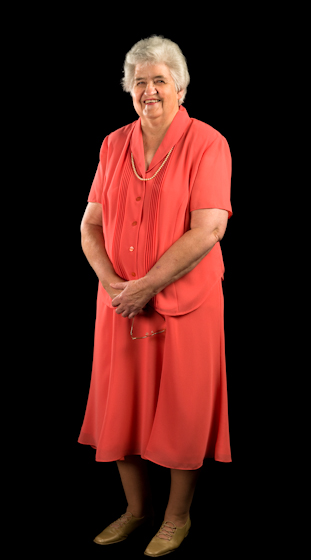 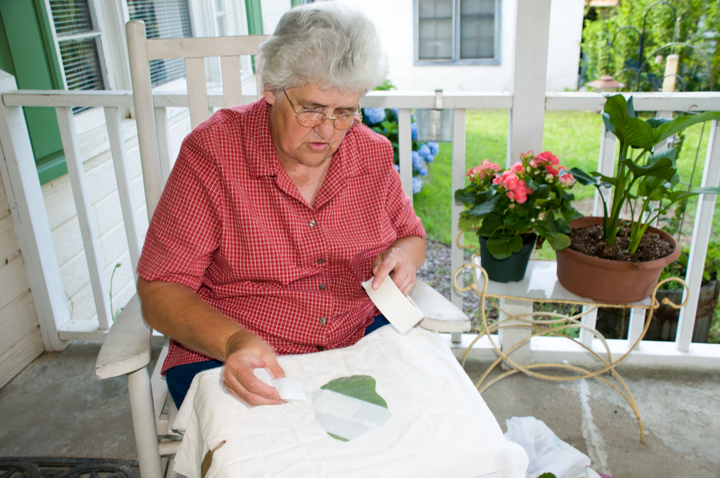 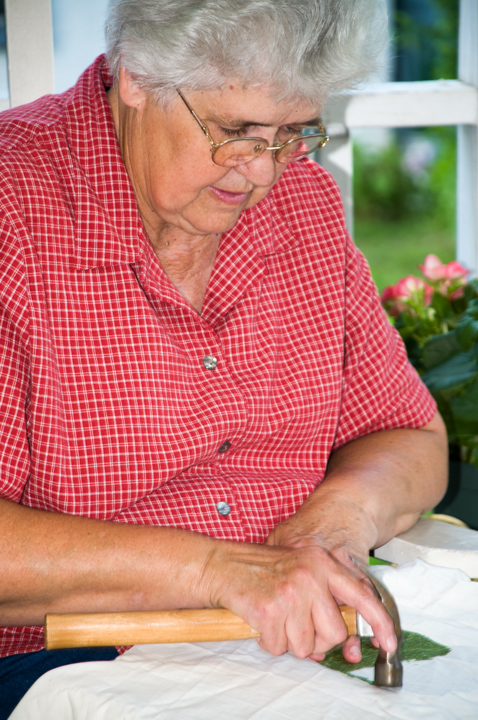 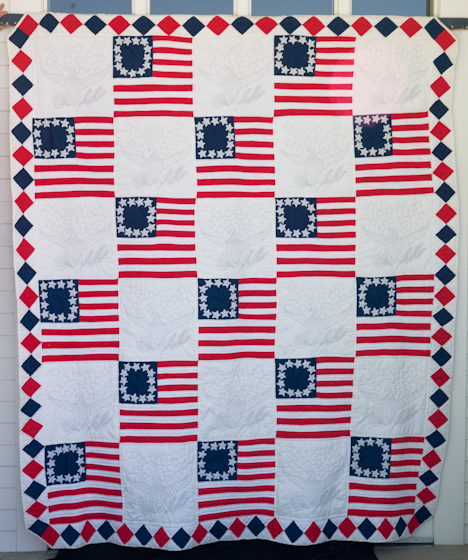 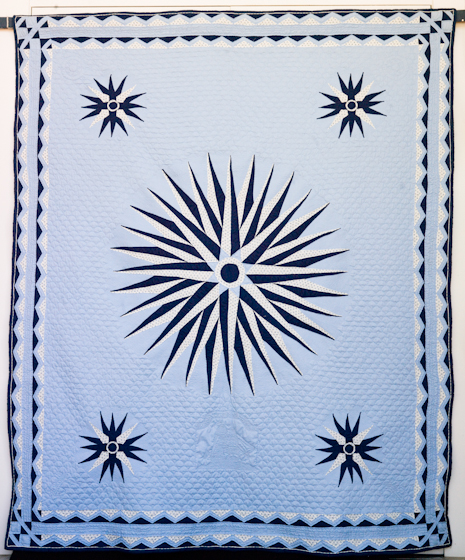 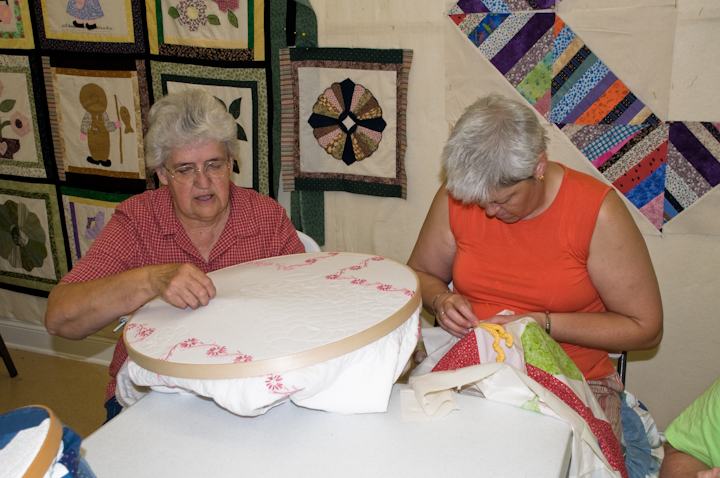 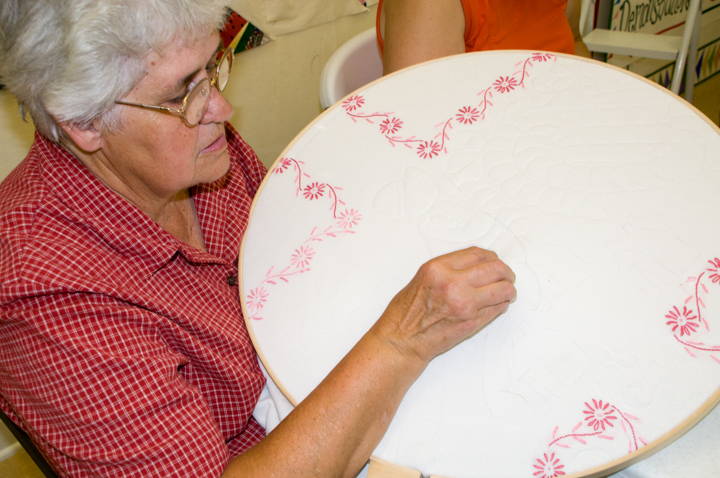 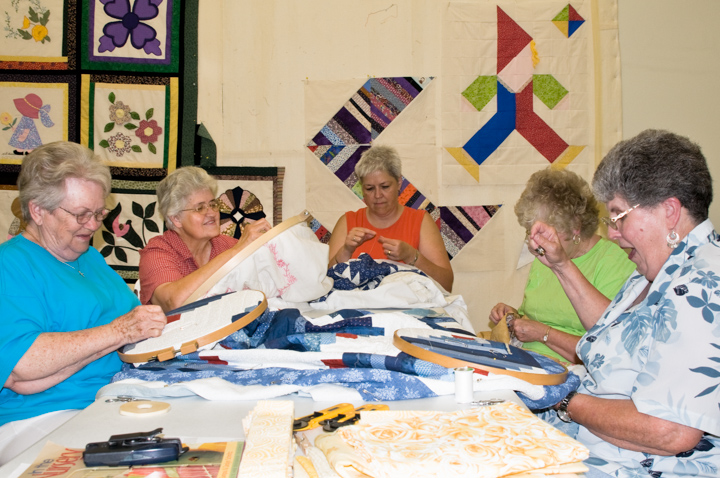 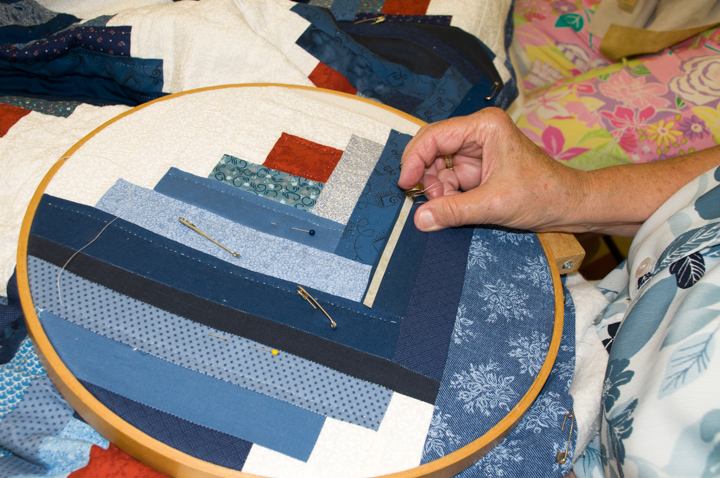 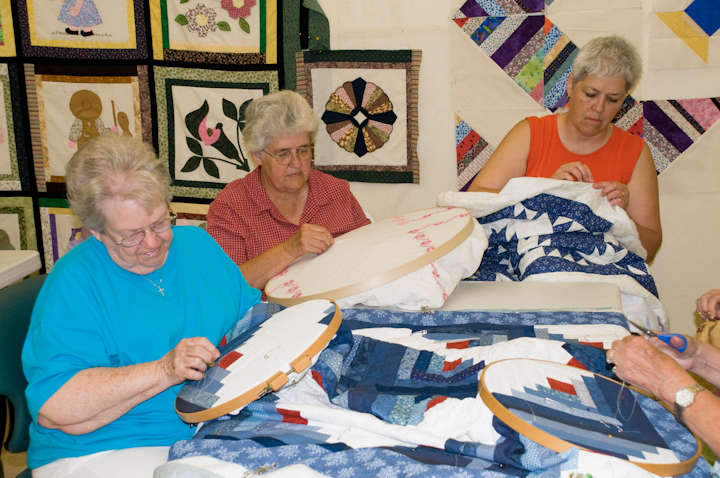 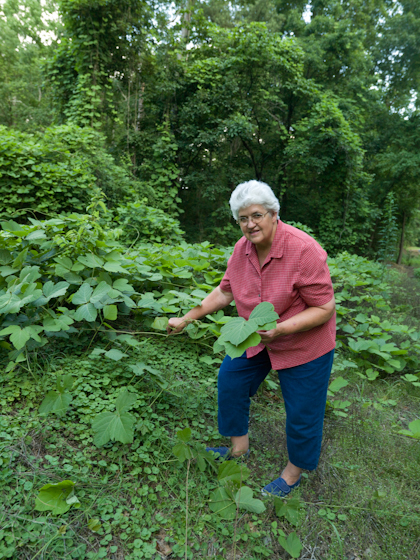 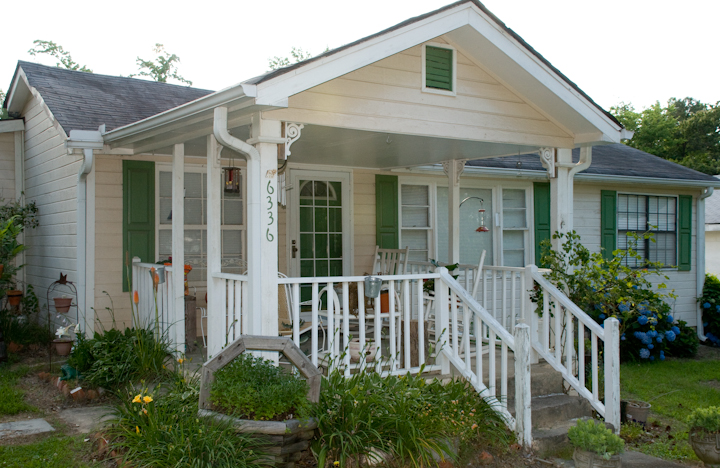 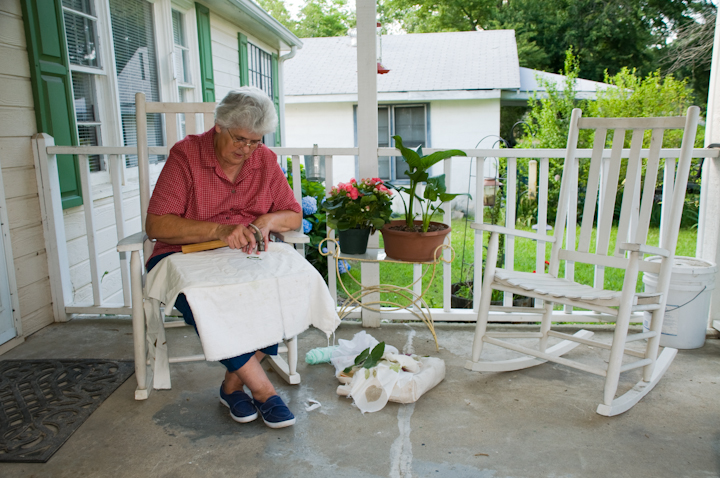 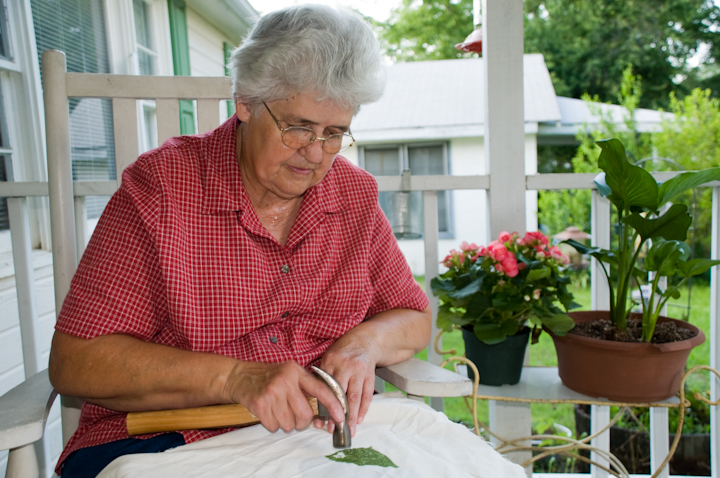 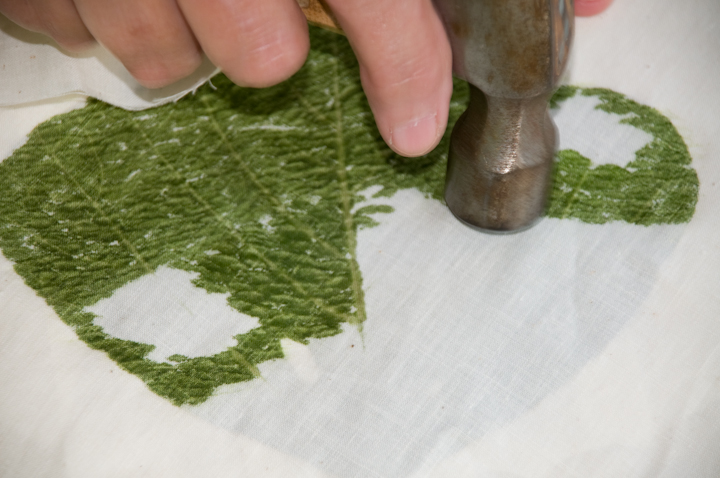 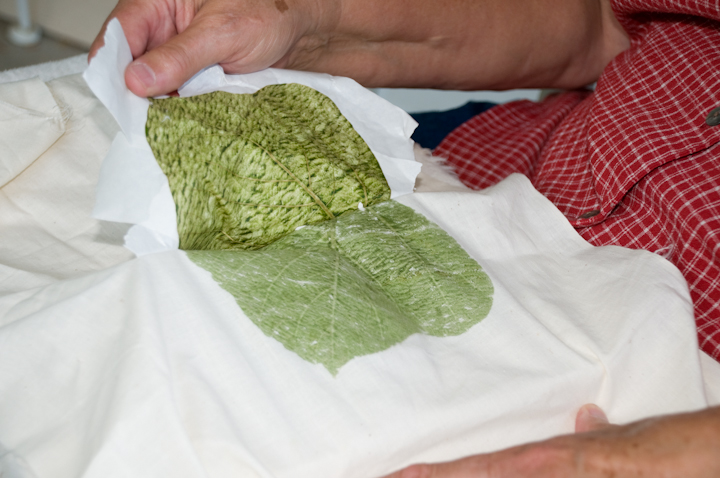 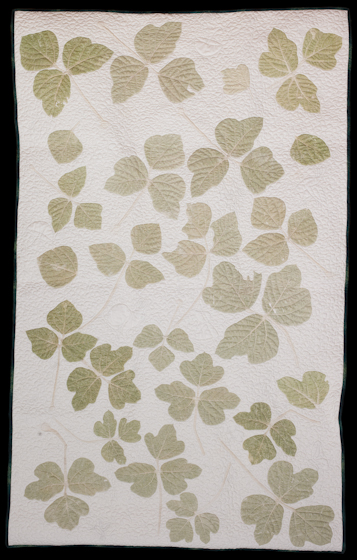 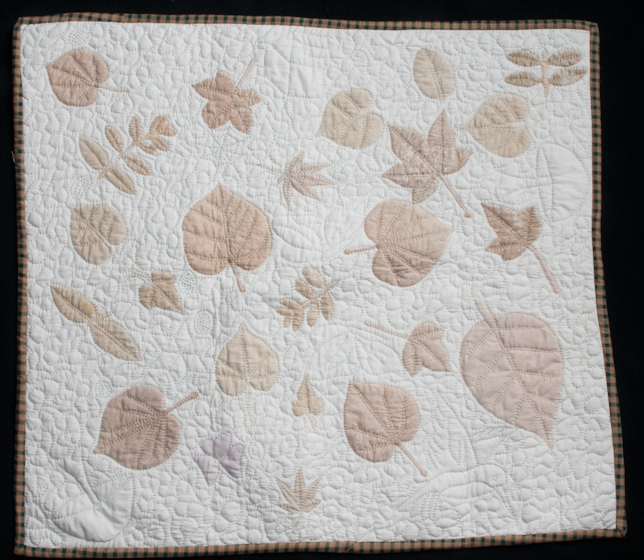 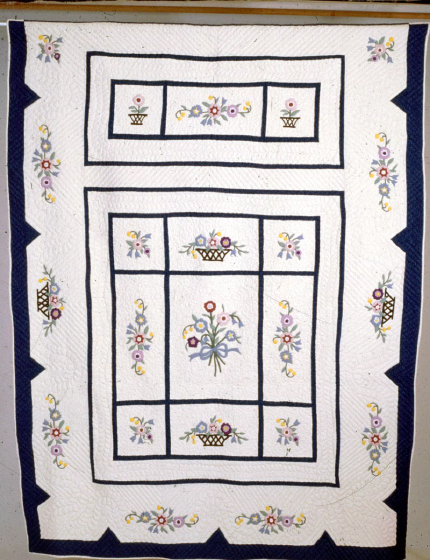 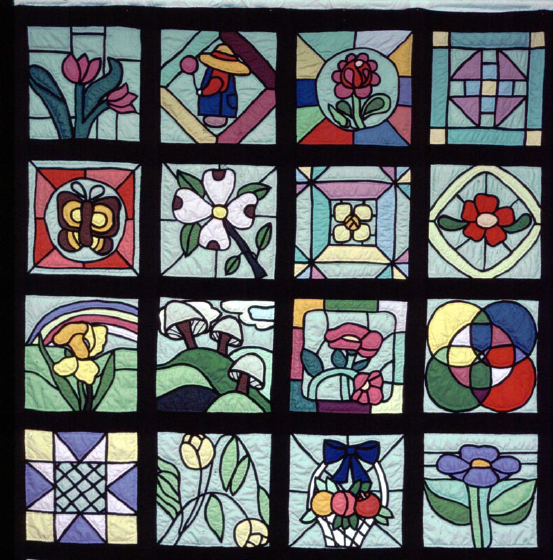 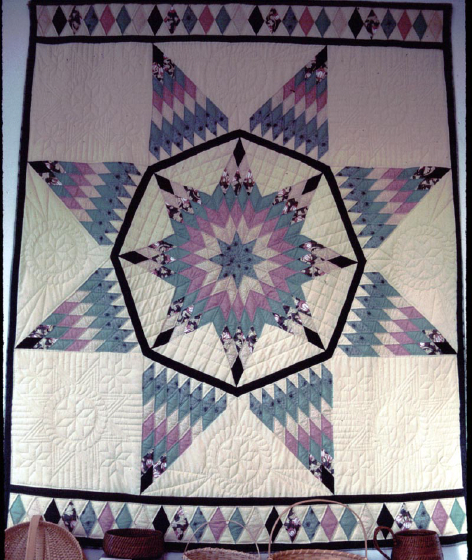 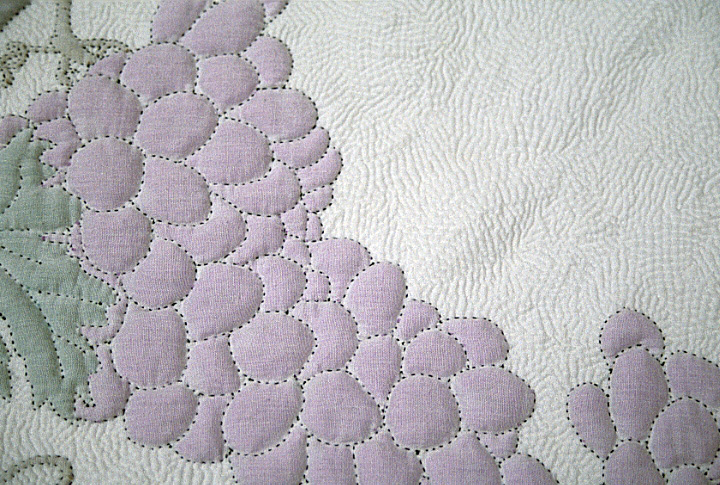 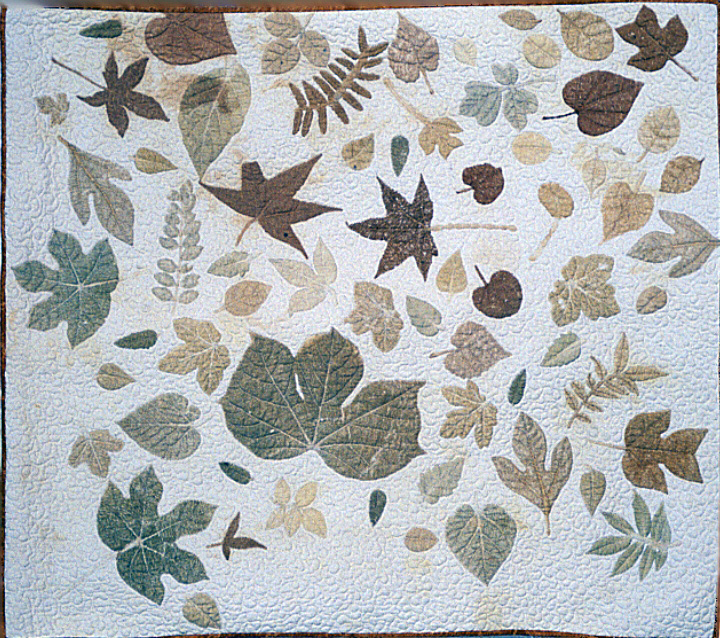 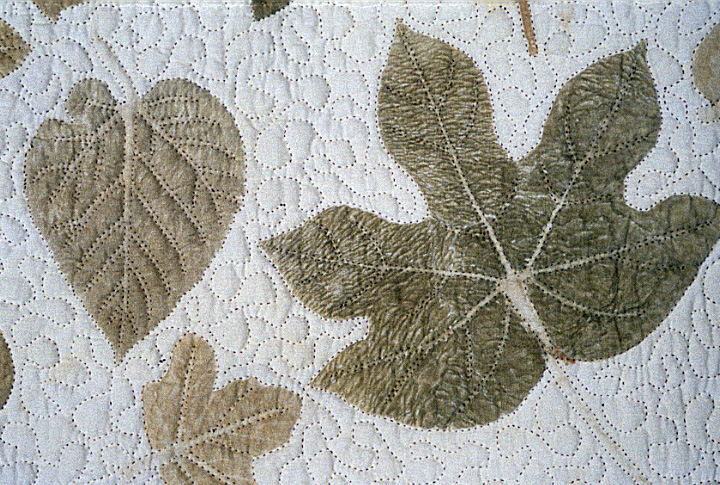 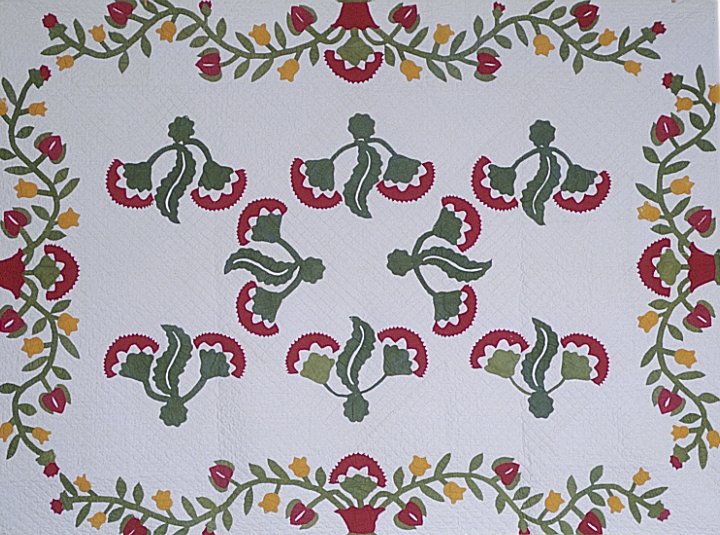 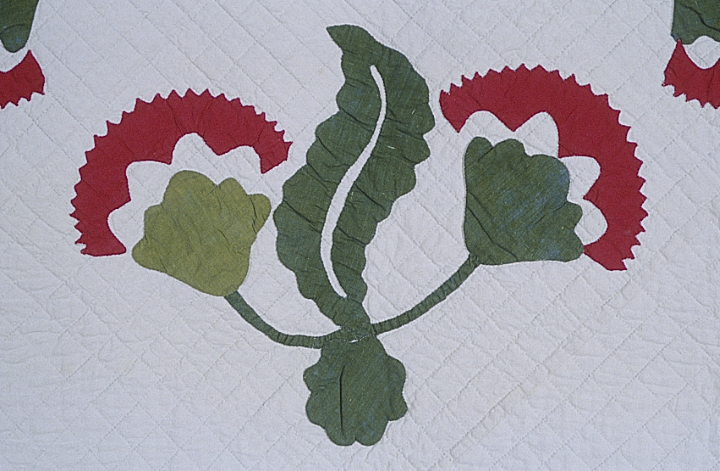 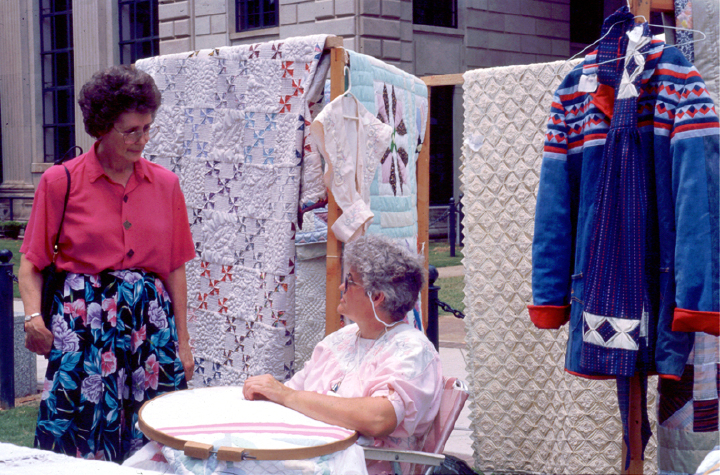 While growing up on an Alabama cotton farm, Bettye Kimbrell began learning quilting from her grandmother. The quilts were functional, since the only other heat in the house came from a fireplace or a wood stove. And making the quilts kept Bettye and her four siblings busy. “My grandmother was a firm believer that idle hands were the devil’s workshop, so any time we ran out of jobs, she had us quilting,” Kimbrell said. “She always had a box of scraps left over from clothing and had us working on putting together what we called scrap quilts, which is still one of my favorite methods of doing quilts.” Her grandmother imbued in her a strong commitment to doing her best work and a sense that a quilt reflects its maker’s character.

After she married, Kimbrell and her husband, Calvin, moved to Mt. Olive, Alabama. During the 1960s, a friend recommended Kimbrell for a job at a department store in nearby Birmingham, helping customers finish their quilts. As she worked, she said, she “started looking at what quilting could become.” The experience ruined her for working against a deadline, though.

Kimbrell was further inspired by winning her first blue ribbon at the Alabama State Fair in the early 1970s. In 1979, she organized a quilt show as a fundraiser for the Mount Olive Community Center. That led to the formation of the North Jefferson Quilters Guild, which still meets at the center and is also active in several other north Alabama counties. Kimbrell has taught quilting at the center and at a community college, folk schools and festivals and at workshops presented by other quilting groups. In 1995, she received the Alabama Folk Heritage Award, the state’s top honor for traditional arts. She has been an active member of Quilt Alabama and has been named a master folk artist in the Alabama Folk Arts Apprenticeship Program. She has been gratified by the growing acceptance of quilting as an art form, a development that makes it possible for quilters to be compensated fairly for their work.

Of Kimbrell’s artistry, folklorist Anne Kimzey has said, “Her expert skill reveals itself most powerfully in the intricate needlework and ornate, detailed quilting that has become her trademark. People are amazed by her subtle but complex designs and of millions of tiny stitches that cover her ‘whole cloth’ or ‘white on white’ quilts.” Kimbrell has also become adept at a technique called Cherokee leaf pounding; in the words of one writer, “she turns stains on fabric into detailed, textured leaves flanked by flowing patterns of stitches.”

Kimbrell takes great satisfaction in passing her knowledge along. “Our purpose in forming this guild,” she said, “was to protect and promote the art of quilting and promote the art form of quilting and to be in support of the community center where we meet.” Anyone who voices a desire to quilt is placed with a mentor. “We’ll find one of our members that’s a good quilter, and we’ll set them down and go through the steps of hand-quilting and stay with them till they’re comfortable.” The organization also has Quilt Sharing Days, when people bring quilts to document and share their stories. “We have so much heritage that’s recorded in our quilts, especially our old quilts,” Kimbrell said. “You know, God created all of us uniquely different, but I think in every person that I’ve met there’s a desire to do something artistic. And this is just a way that is possible for me to do something artistic.”

Bettye Kimbrell answers the question 'How did you get started quilting?' Interview by Alan Govenar, Mt. Olive, Alabama, June 6, 2008

Bettye Kimbrell answers the question 'What kind of teacher was your grandmother?' Interview by Alan Govenar, Mt. Olive, Alabama, June 6, 2008

Bettye Kimbrell answers the question 'Can you talk about a typical learning session with your grandmother?' Interview by Alan Govenar, Mt. Olive, Alabama, June 6, 2008

Bettye Kimbrell answers the question 'What kind of quilts do you make?' Interview by Alan Govenar, Mt. Olive, Alabama, June 6, 2008

Bettye Kimbrell answers the question 'Could you talk about why you started transferring patterns to your quilts?' Interview by Alan Govenar, Mt. Olive, Alabama, June 6, 2008

Bettye Kimbrell talks about the use of plants and the Cherokee leaf pounding technique, Interview by Alan Govenar, Mt. Olive, Alabama, June 6, 2008