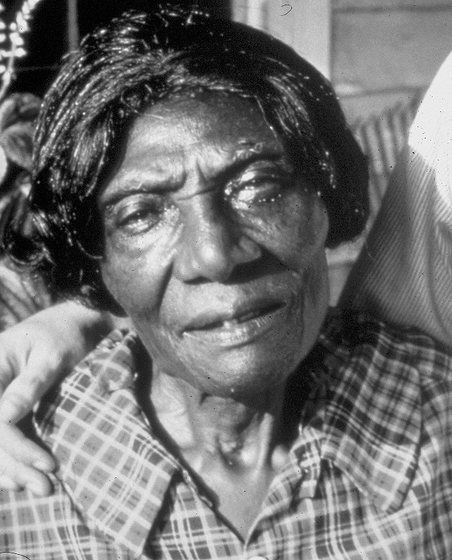 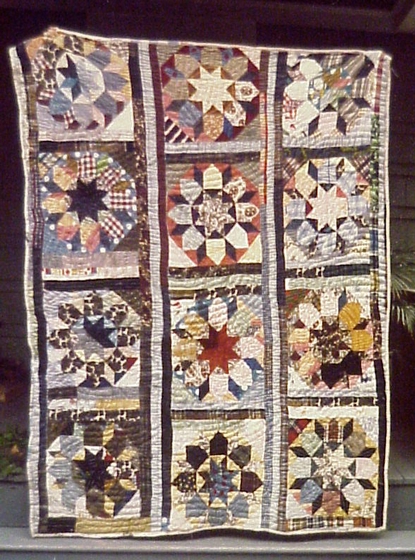 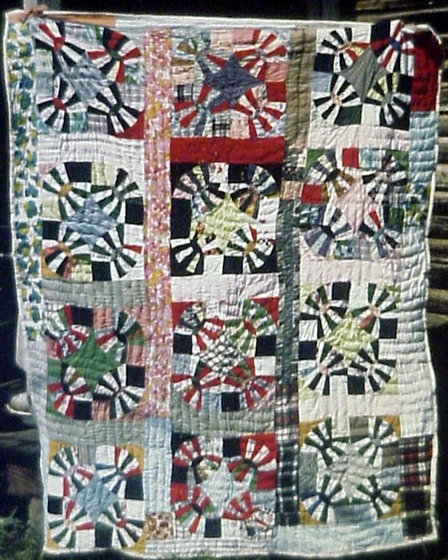 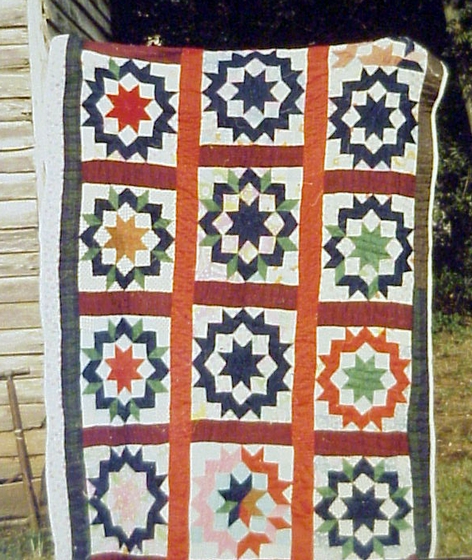 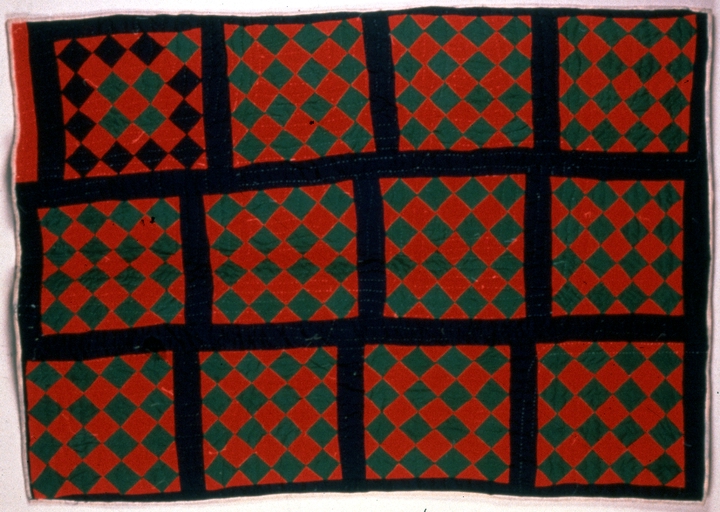 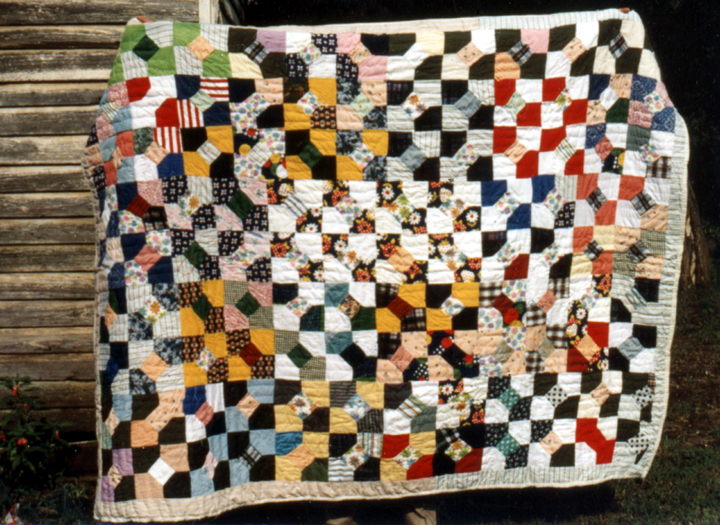 Lucinda Hodrick Toomer grew up on a cotton and peanut farm in Stewart County, Georgia. The oldest of seven children, she learned to quilt from her mother, Sophie Hodrick. "When I was a little girl," she said, "we'd set that lamp down on the floor. There was no electric lights nowhere, and she had a big lamp with a chimney, and she'd set that lamp down between me and her on the floor. All the rest were on the bed. It's funny to tell it. I would play sleep so I could go to sleep. She would take her thimble and thump me in the head and wake me up and learn me how. And I'm so glad she done it. I sure thank her for it.... We just had a better time than we do now. Everything people had, they made."

Lucinda and her mother sewed and quilted out of necessity, making a variety of "strip quilts" by using an array of fabrics and stitches. In sharp contrast to Anglo-European quilts, in which the primary design principles are order, symmetry, and the repetition of motifs and patterns, African American quilts are characterized by innovation and improvisation.

When Lucinda was 18, she married Jim Toomer, and together they worked and farmed near Dawson, Georgia. Their two children died in infancy, but they raised one of her sister's children. Throughout her life, Toomer was active in the Piney Grove Baptist Church and always liked to quilt, making about twenty quilts a year.

For her quilts, she used whatever fabrics were readily available. She often bought materials, priced at $9 a bag, from local pajama and shirt factories. Usually, she spent four days to complete a quilt top, by piecing four to five blocks a day, and then about a day and a half to quilt out the tops. Most of her quilt patterns were her own creations; she liked to adapt unnamed designs she had seen in books and magazines. She frequently ordered her quilt top designs with strips because, she said, "a strip divides so you see plainer."

In organizing the strips into a quilt top, she was very careful to juxtapose the colors in ways that intensified the hues. "I get any color ... and I try to match with a different color ... to make them work ... see, that makes it show up." Red was her favorite color because of its vividness. "I put it where it will show up the pieces ... red shows up in a quilt better than anything else ... you can see red a long while."

Some quilts that Toomer made were called Star of Bethlehem, Cotton Leaf and Fish Shell, all of which demonstrated a knowledge of traditional patterns but were nonetheless sewn with an improvisatory quality. Each piece in her quilts was individually distinctive but simultaneously integral to the overall design. "I like to make them and put different pieces in there to make it show up what it is ... if you just make what you can of it and make a change of it, there's something good in it."

Toomer's husband died in 1977, and she lived the rest of her life in relative isolation but continued making quilts, even though her production far surpassed her needs. "I just do it. I get joy out of it. I just feel they're worth something.... I just sit down here and sew. There ain't nobody there but me. Ain't got nobody to talk to if I got something like that on my mind.... This is company to me.... I say, well, Lord, I ain't got nothing to do and that's my company, sitting down here that I'd be doing it."