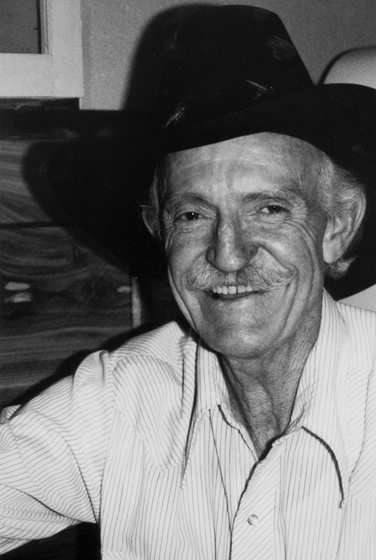 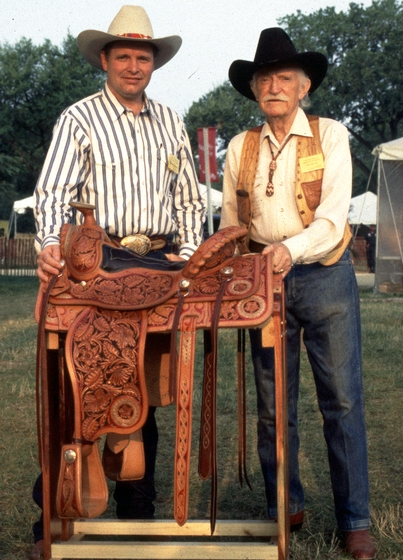 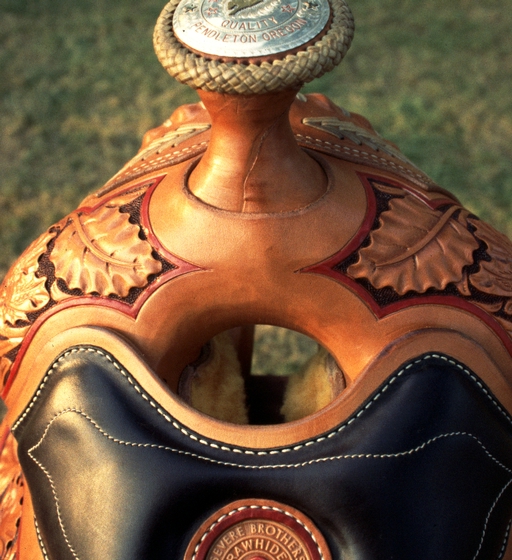 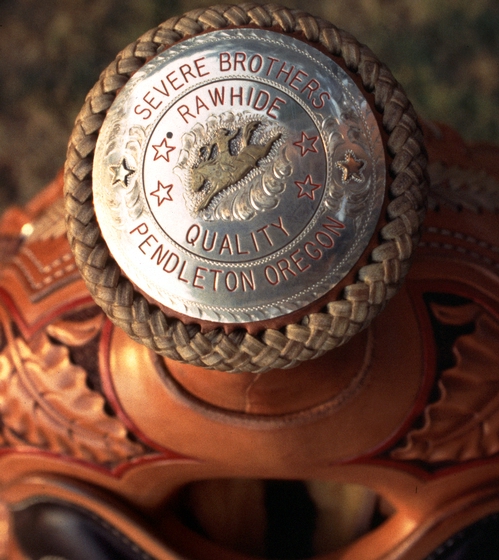 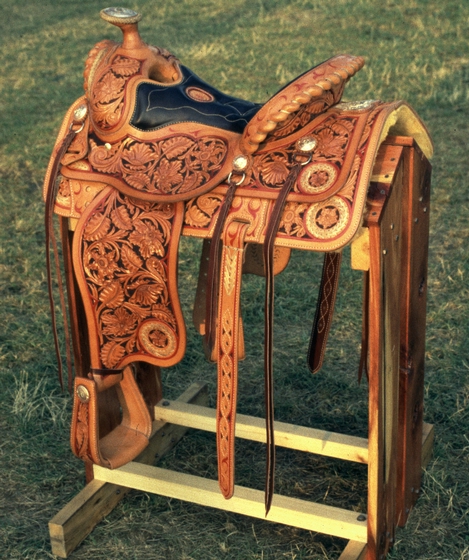 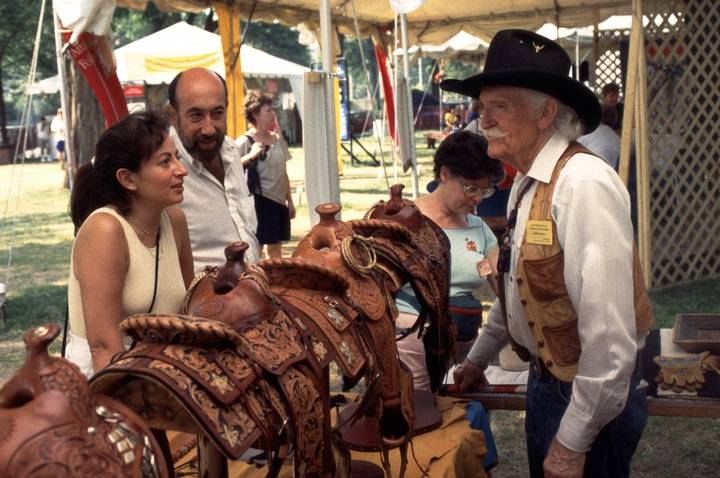 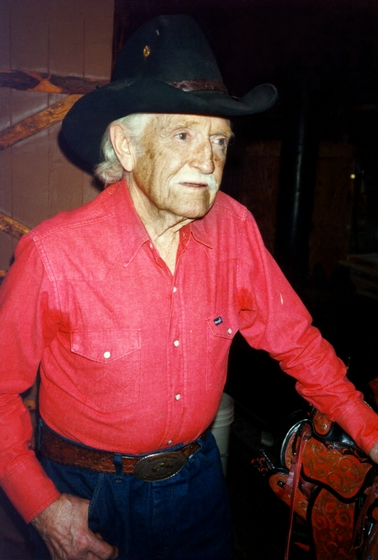 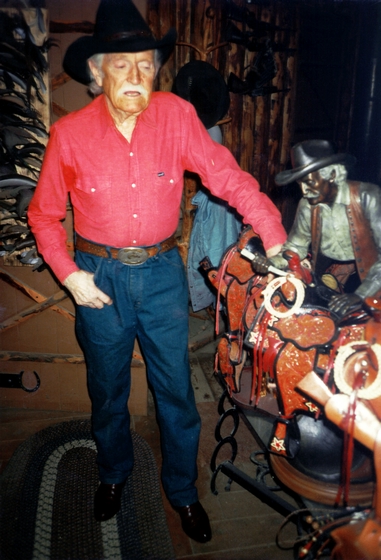 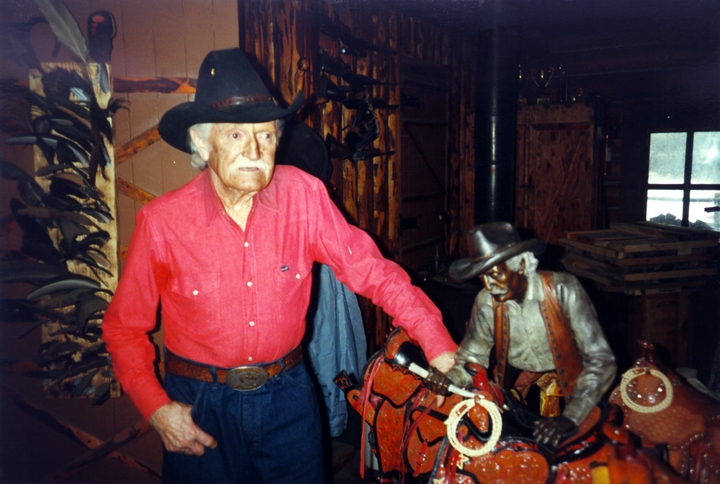 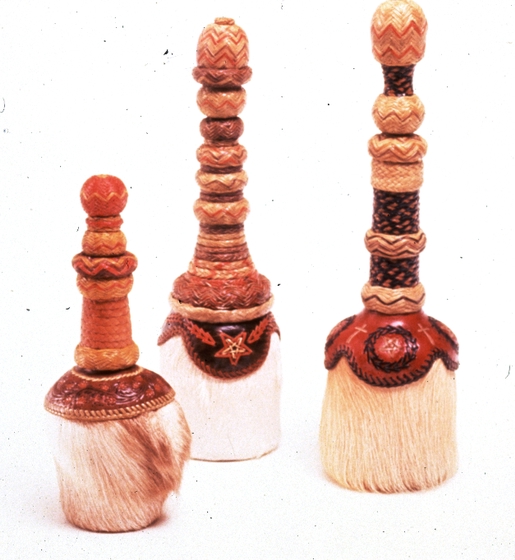 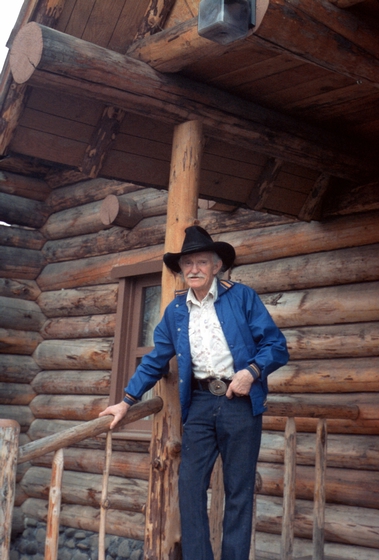 Duffin Leon "Duff" Severe hailed from the small Mormon town of Oakley, Idaho. His father and grandfather were ranchers, and Duff developed an interest in leatherwork early on. "They needed articles on the ranch," he said. "You just had to make your own things or go without.... I remember when I was about — must have been about 14, when I really observed — not only my father, but other old Western cowboys that'd take these old bloody, hairy hides, and they'd take the hair off and clean 'em up. Pretty soon they'd have something beautiful braided out of it. It really impressed me, and I thought, that's something I'd really want to learn. So, I learned what I could from those old fellows.... All my life, I've been trying to add to what I learned from them."

Severe enlisted in the Marines before America's entry into World War II and was stationed aboard the USS Helena at Pearl Harbor when the Japanese attacked. While the ship was dry-docked in San Francisco for repairs, he had access to the saddle shop of the legendary Luis Ortega in Walnut Creek, California. As a working cowboy and saddle maker who had moved with his family to Oregon, Severe was quite familiar with the quality of Ortega's craftsmanship, but he also knew that Ortega was very guarded about the specifics of his rawhide knowledge. In his free time, Severe went to see Ortega and talked to him about his experiences as a buckaroo (an anglicized form of the Spanish word vaquero, meaning cowboy) in the early 1900s, but was careful not to mention rawhide braiding because he thought Ortega might put away his work if he did. After each visit, Severe went back to the base and practiced what he saw Ortega doing, and over time he learned about Ortega's methods and technique without having to ask. Years later, Severe nominated Ortega for a National Heritage Fellowship, which he received in 1986.

Severe was aboard the Helena when it was sunk during the battle of Guadalcanal and was saved from the ocean by a rescue ship. He was shipped to Klamath Falls, Oregon. In 1946, he apprenticed himself to the Hamley Saddle Company in Pendleton, Oregon. He spent ten years with that firm learning his trade, then went into business with his brother Bill, who also had worked at Hamley. Bill learned to build saddle trees, and Duff specialized in making the saddle on the tree. Severe saddles have an international reputation; orders have come in from as far away as Australia.

Over the years, Severe became renowned for his skill at braiding horsehair and rawhide. He also applied these skills to decorating bottles and creating jewelry, using the same basic knots found in horse gear. However, to enhance the effect, he often dyed the rawhide strips with laundry dyes.

Severe was willing to accept apprentices who wanted to learn saddlemaking but resisted teaching them to braid. After receiving the National Heritage Fellowship in 1982, he realized that his knowledge of rawhide braiding might die with him and decided to take his nephew, Randy Severe, as an apprentice. Randy has become a skilled braider in his own right, and has devoted himself to helping to preserve the tradition of rawhide work.

Duff Severe talks about how he began working with rawhide, recorded live at the 1982 Festival of American Folklife in a program honoring the National Heritage Fellows, Washington, D.C., courtesy National Endowment for the Arts

Duff Severe talks about saddlemaking, recorded live at the 1982 Festival of American Folklife in a program honoring the National Heritage Fellows, Washington, D.C., courtesy National Endowment for the Arts