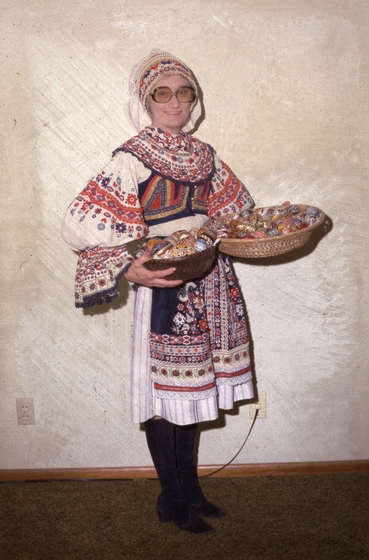 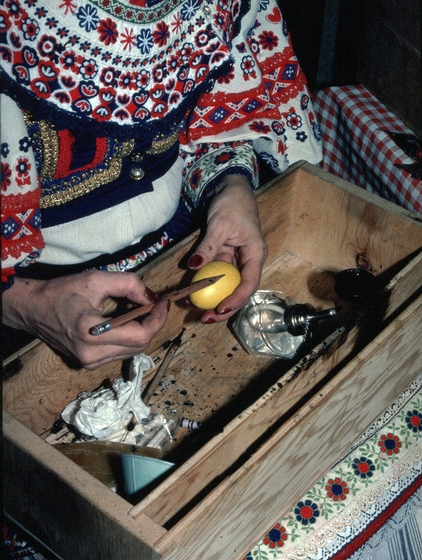 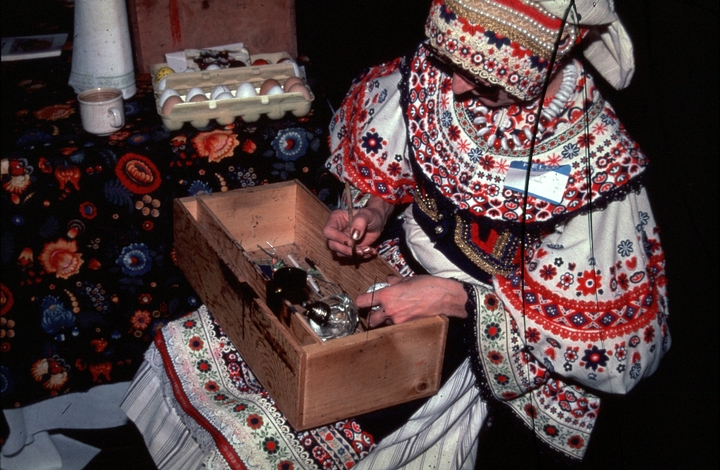 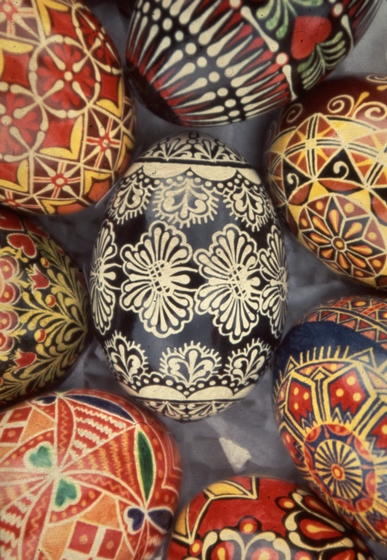 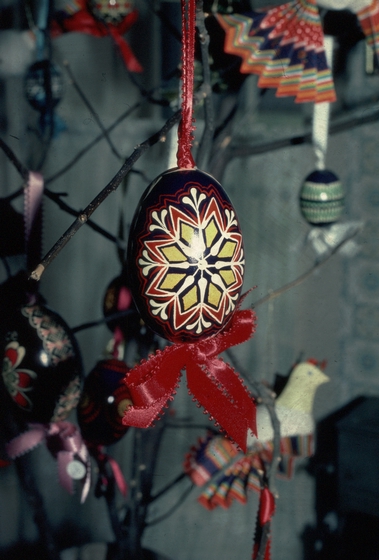 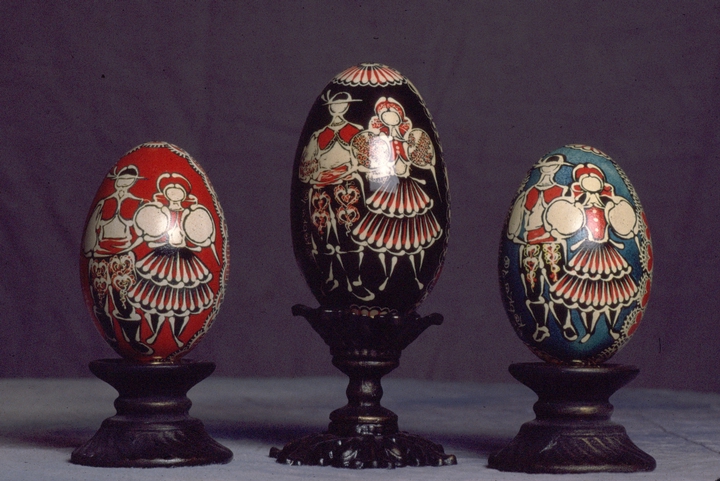 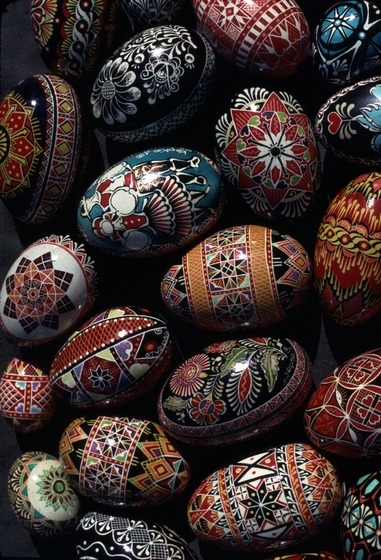 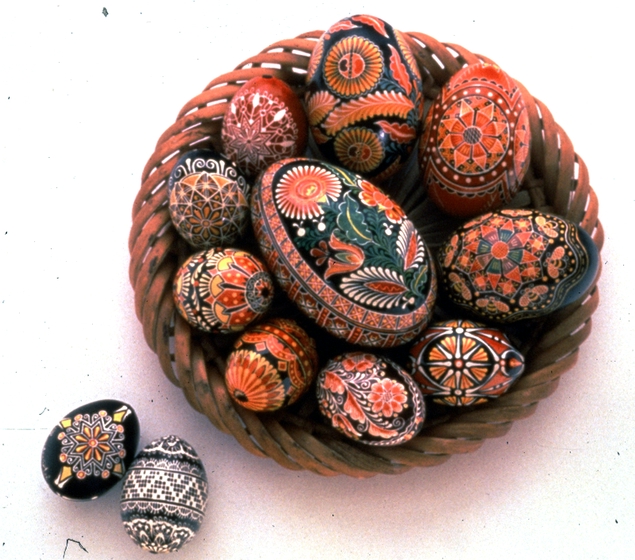 Kepka Belton grew up on a farm near Wilson, a town known as "the Czech capital of Kansas." Her ancestors, from a small town near Prague, had arrived in Ellsworth County, in central Kansas, in 1876. Belton's father died before she was born. Her mother taught school to support her small family. The young Kepka was left in the care of her maternal grandmother, who taught her the rudiments of Czech traditional artistic design, including needlework and decorative painting. "My grandmother was the most marvelous person, the most wonderful teacher I've ever had," Belton said. "I can't say that she taught me a lot or everything I know, but whatever she did, if it was making Czech noodles, if it was making eggs, if it was drawing symbols on paper, whatever it was, she would always give me a little of it to do.... She taught me the most important thing, and that was to watch her work and to develop the sense of wanting to do it."

At Easter, her grandmother made kraslice, decorated eggs. The technique involved applying wax and then dyeing the eggs, much like batik work. Though Belton was intrigued by her grandmother's workmanship, when she enrolled at Emporia State University, she majored in art with an emphasis on jewelry making. She also worked at easel painting, turning away from her traditional crafts. After graduation, she spent a year as an apprentice jeweler in Omaha, Nebraska, and two years as a designer for Hallmark Cards in Kansas City. At Hallmark, she began to call up her Czech heritage in designing greeting cards. She recalled that one day she was drawing a peacock and placed Czech eggs in the eyes of its feathers.

In 1970, Belton returned home to teach school in Wilson. She became involved in promoting the community's Czech heritage. "I guess I was fated to be an egg artist because something kept drawing me back here," she said. Her eggs became a hit at art shows. "And of course," she noted, "when you have customers buying them, that's always an inspiration."

Belton decorates raw eggs after blowing the contents out through tiny holes in the ends. She uses primarily chicken and goose eggs. She still uses the basic technique she learned from her grandmother, applying beeswax to define areas to be painted, then later melting the wax off over a flame.

Over the years, Belton has become known all over the country as "the egg lady." People write to her from every state, wanting recipes, eggs, designs and information about their Czech heritage. She has taught egg painting and traditional Czech design in the local schools and has taught young artists in the Kansas Folk Apprenticeship Program. Her work has been exhibited throughout the Midwest and at the Festival of American Folklife at the Smithsonian Institution in Washington, D.C.

Of the requests for designs, Belton said, "You don't need a pattern, you need the language.... What I try to do with my apprentices is not so much to teach them to copy my work, because I think whether you are a folk artist or a fine artist, you are basically an artist. So what I am doing is not teaching them to do what I do, but this is the language, and speak it as you will. When you have the language, everybody is an artist, everybody can create. You need to develop the skills, but you need the language."

She has not hesitated to draw from other European visual traditions and has incorporated into her work design concepts from Russian, Ukrainian, Polish and other egg-painting cultures. All of these cultures share ancient symbols, such as stars, snakes and butterflies, used in the designs.

"In every Czech village, there is one woman who was the 'egg lady,' and I guess around here, I'm it," Belton said.