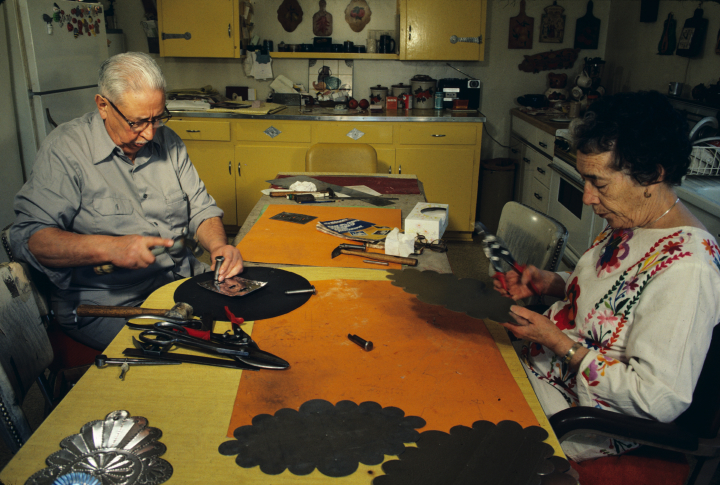 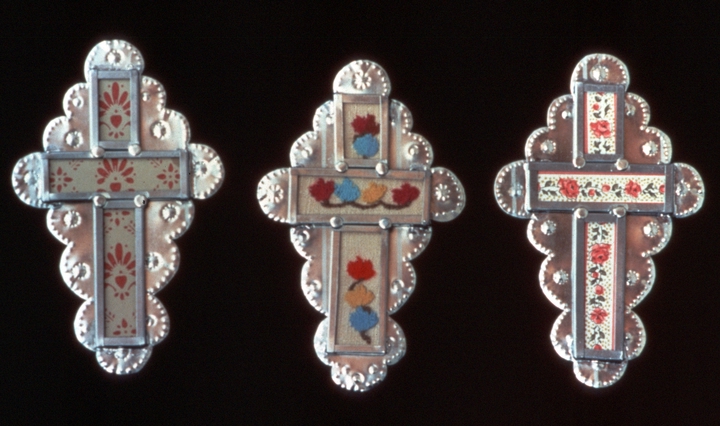 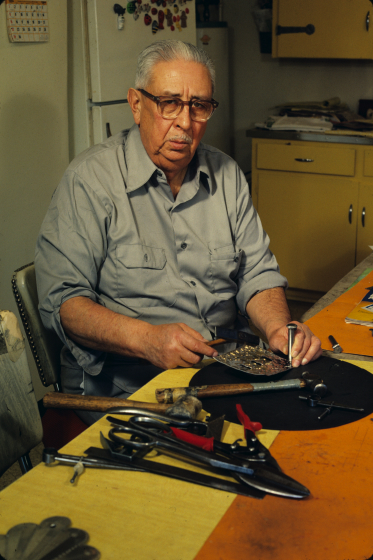 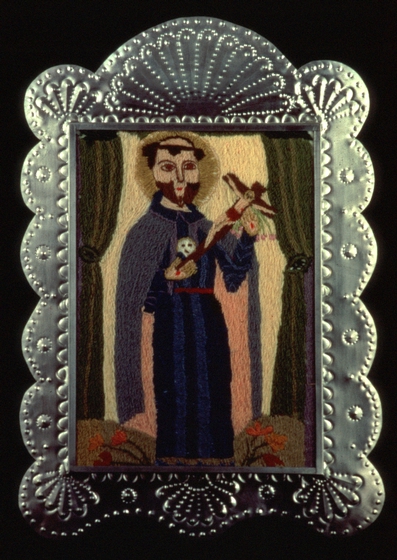 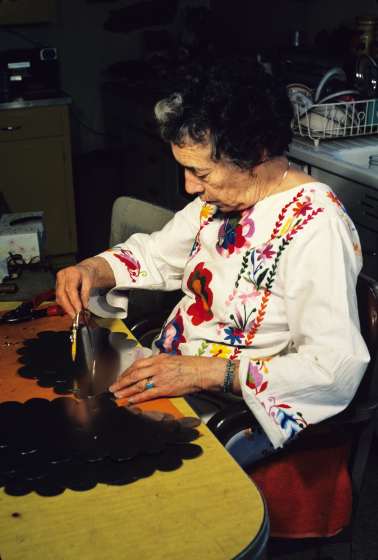 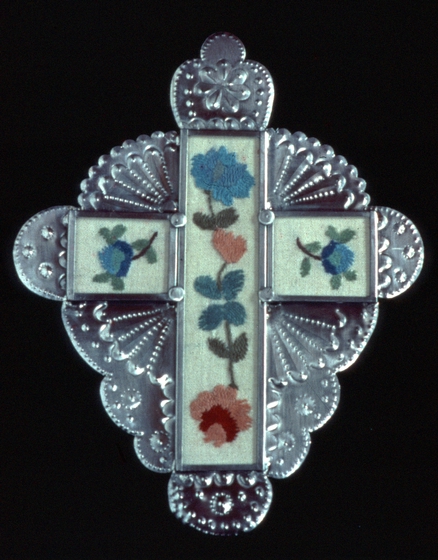 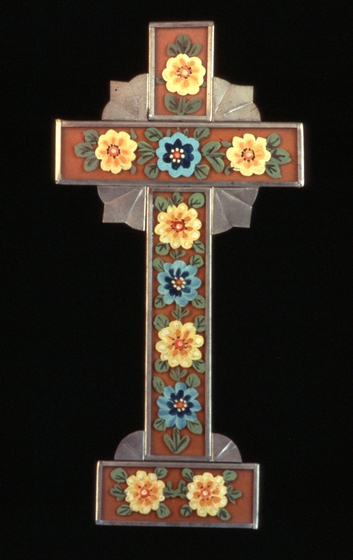 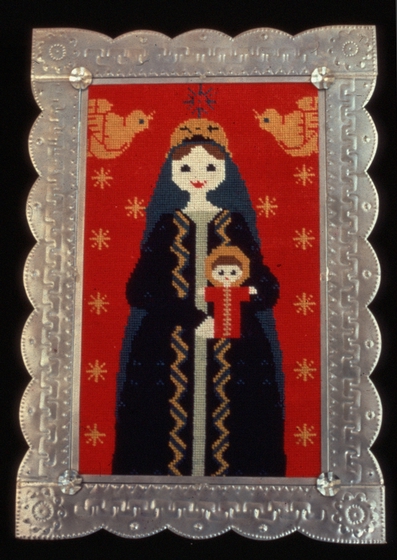 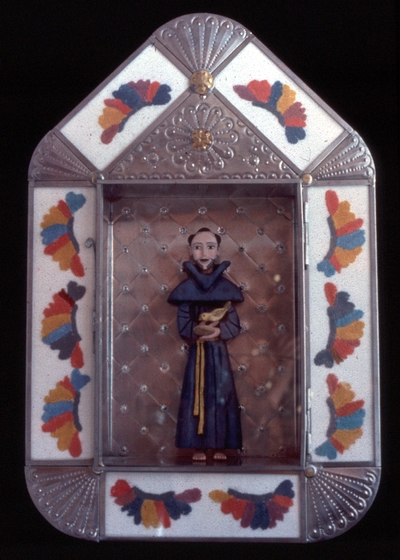 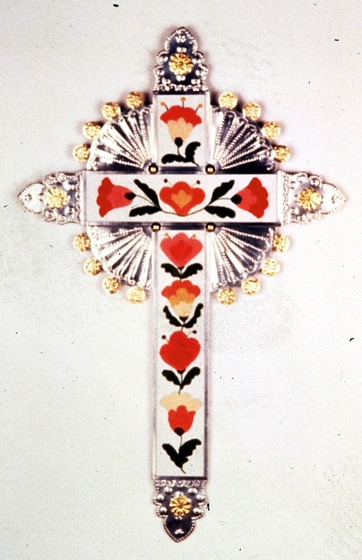 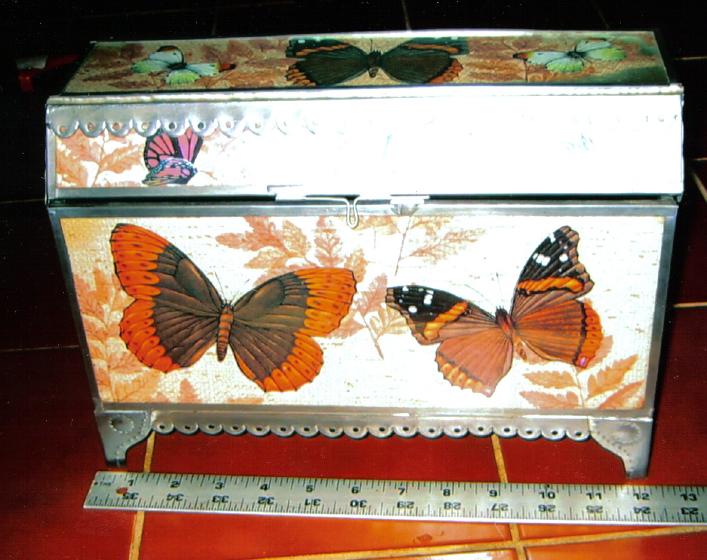 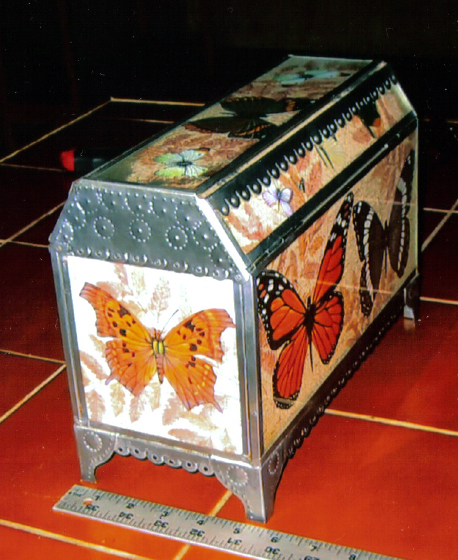 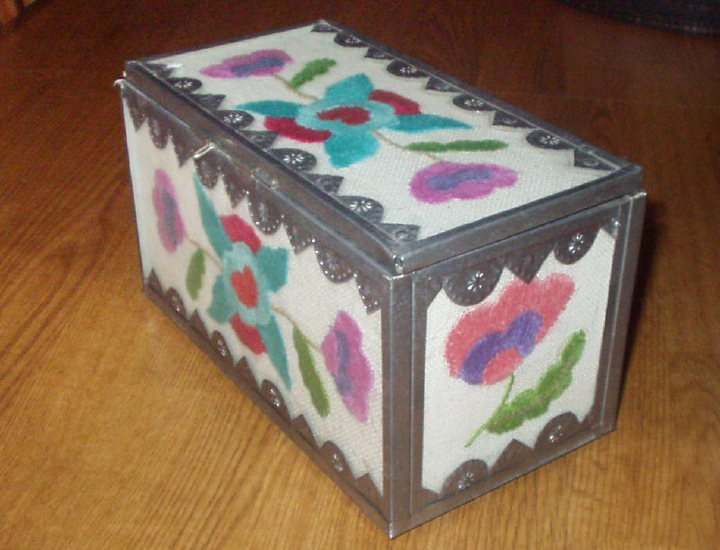 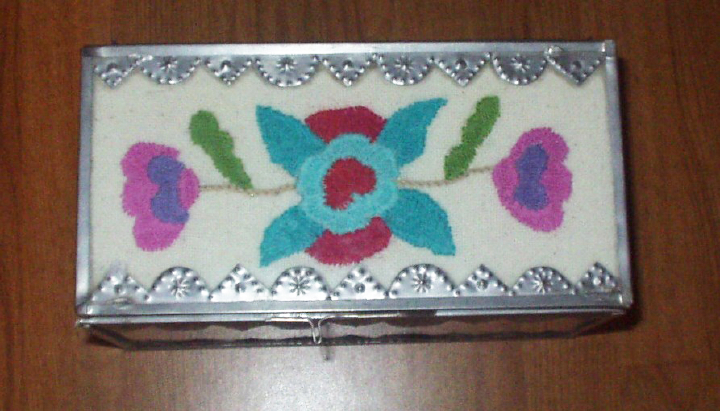 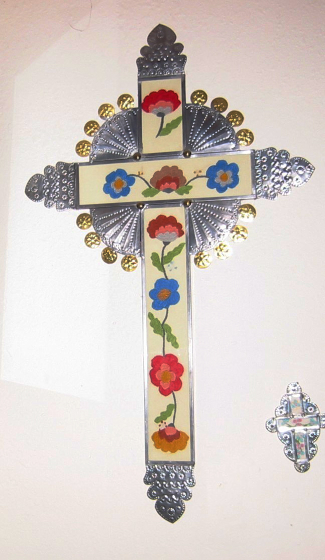 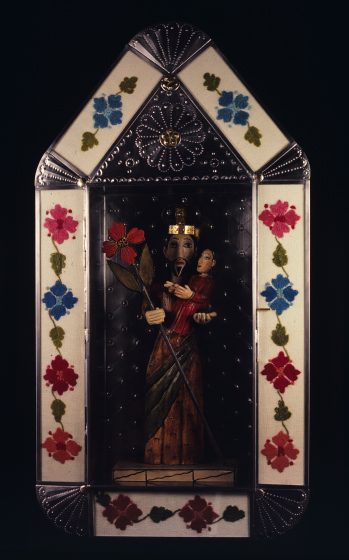 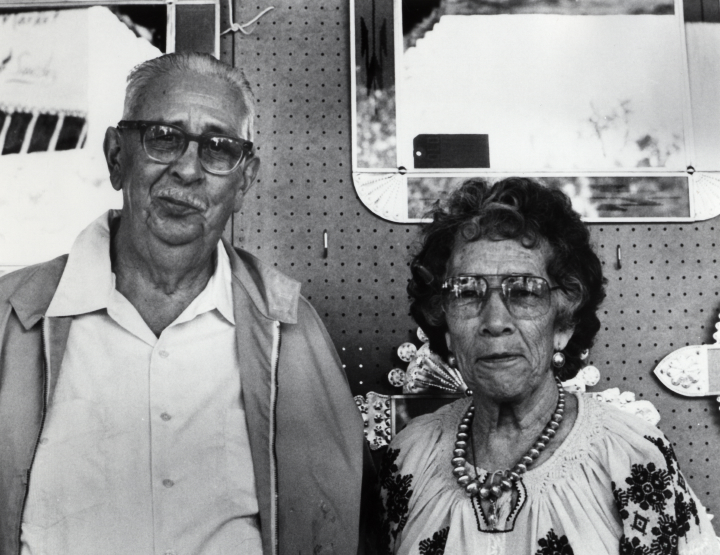 Senaida and Emilio Romero began working together as a team when they married in 1930. Senaida, who was born in Ojo de Vaca, New Mexico, recalled seeing her grandfather working with tin as a craftsman. He traveled through northern New Mexico for weeks at a time, returning in a wagon laden with beans, corn and other goods he had traded for his wares.

Emilio, a native of Santa Fe, learned tinsmithing in the Civilian Conservation Corps camps during the Great Depression. Because tin was hard to come by, he cut and flattened five-gallon cans still bearing product inscriptions. In the late 1930s, he worked for the Forest Service. During the early 1940s, with the United States embroiled in World War II, the couple moved to San Diego, California, where Emilio worked in a factory building airplane wings. Then he worked as a sheet-metal worker for the Zia Company in Los Alamos for almost thirty years until he retired.

In the late 1950s, he began doing tinwork again to supplement the family income. He started by duplicating museum pieces, then developed his own patterns. After his retirement, he did tinwork full time. He adapted sheet-metal tools for use with tin. He trained his wife in this work, and she also became proficient at the art of colcha (coverlet) embroidery, which has been used in northern New Mexico for more than 100 years to adorn churches and altar pieces. This led to her idea of placing her colchas in ornamented tin frames.

The Romeros specialized in traditional Spanish Colonial objects, such as candleholders and sconces, gilded mirror frames and the little nichos for carved wooden saints. They also created many useful pieces, including light fixtures, switch plates and telephone-book holders. Many of the works of tin or tin and colcha that the Romeros created over the years are in the permanent collections of museums in the United States and abroad. Through their lives and work, the Romeros influenced many craftspeople, and several of their seven children have become traditional New Mexico artesanos, working with metal or other materials.