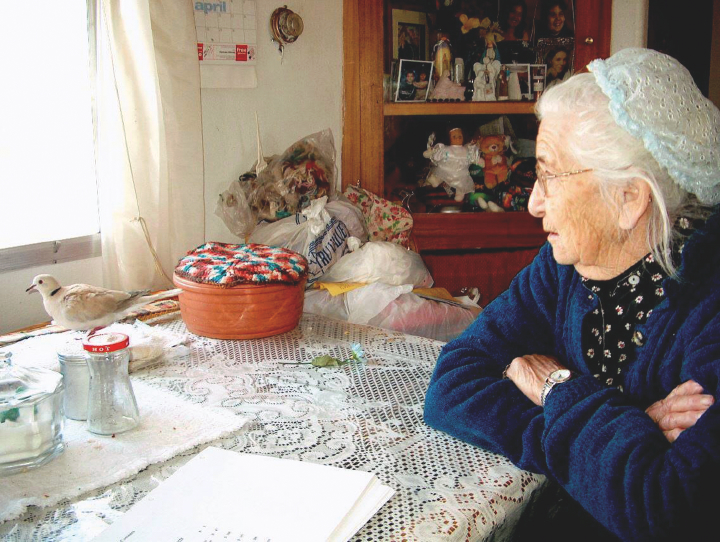 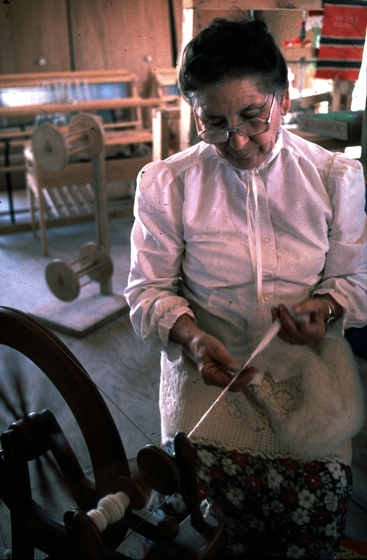 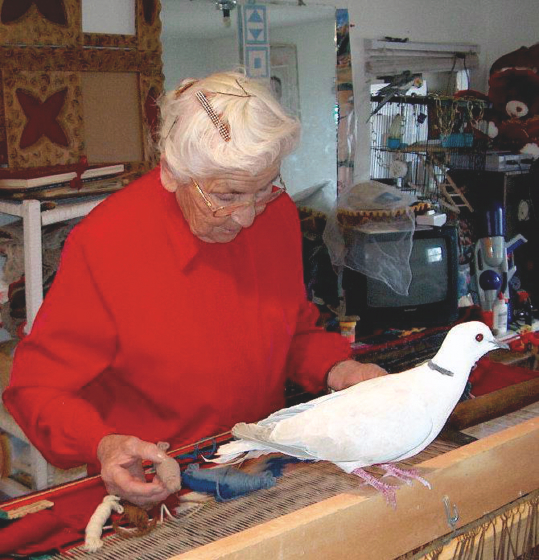 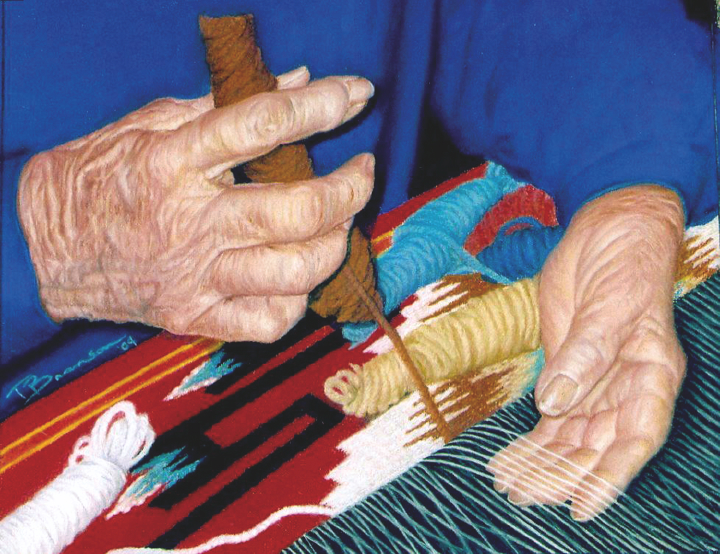 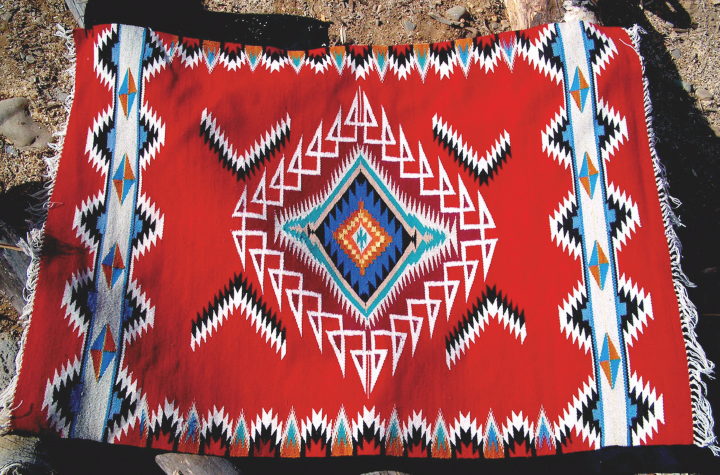 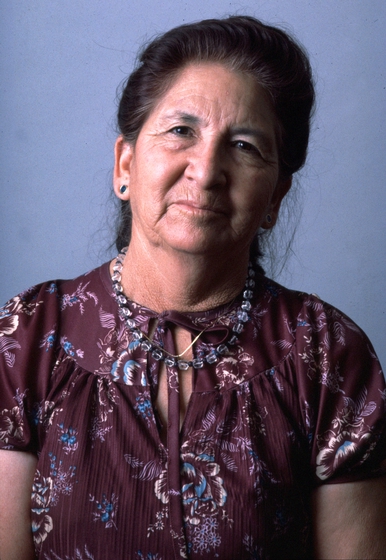 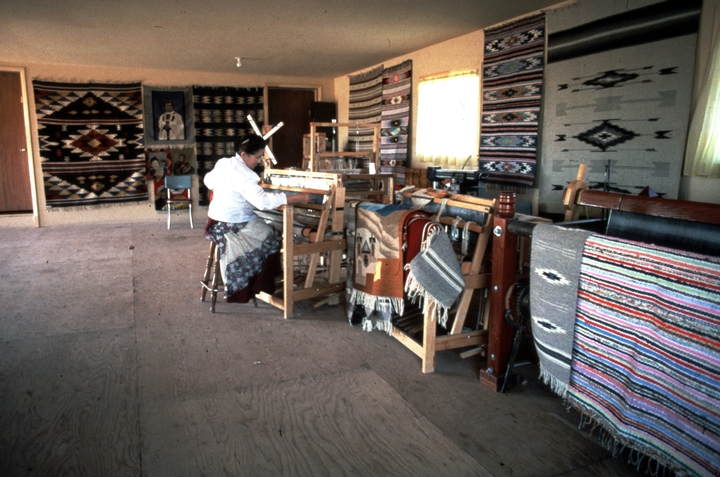 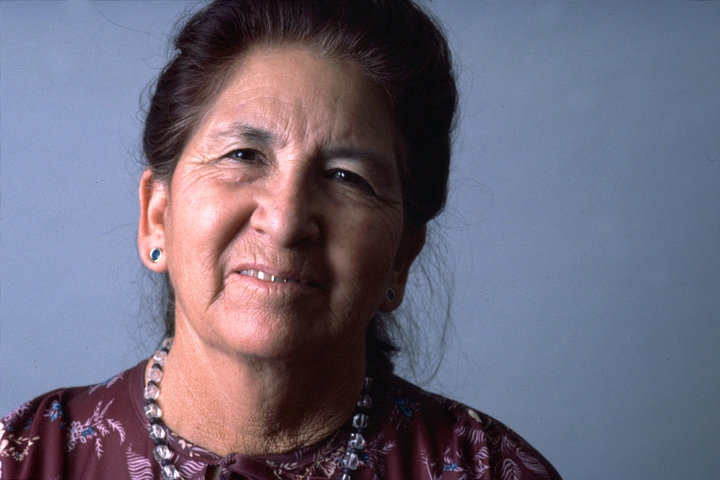 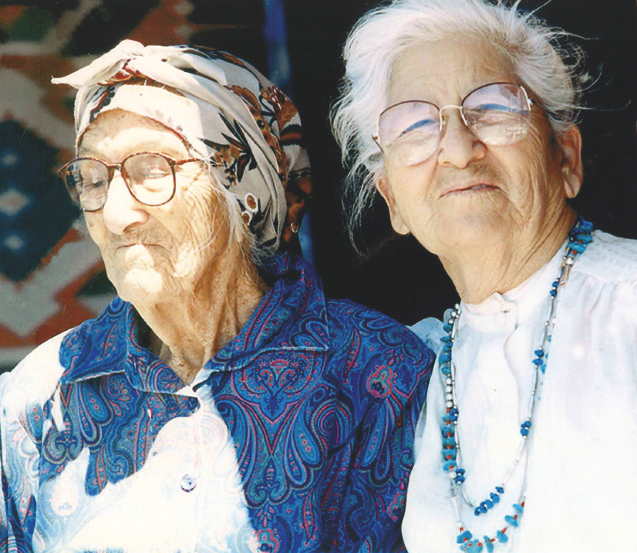 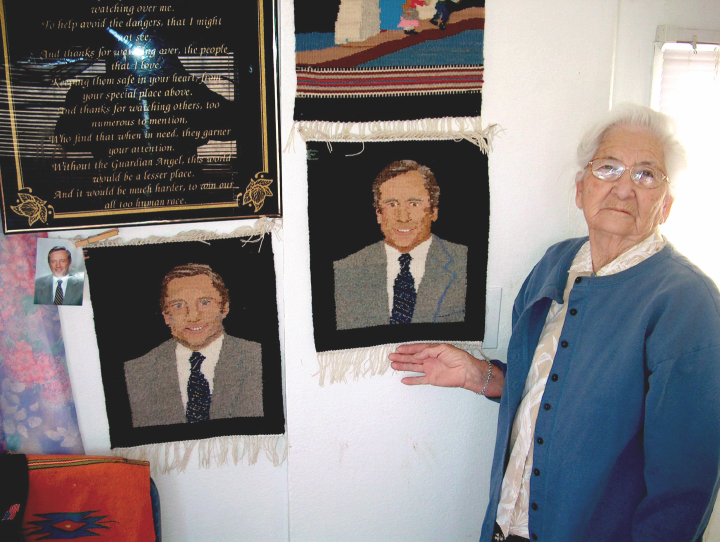 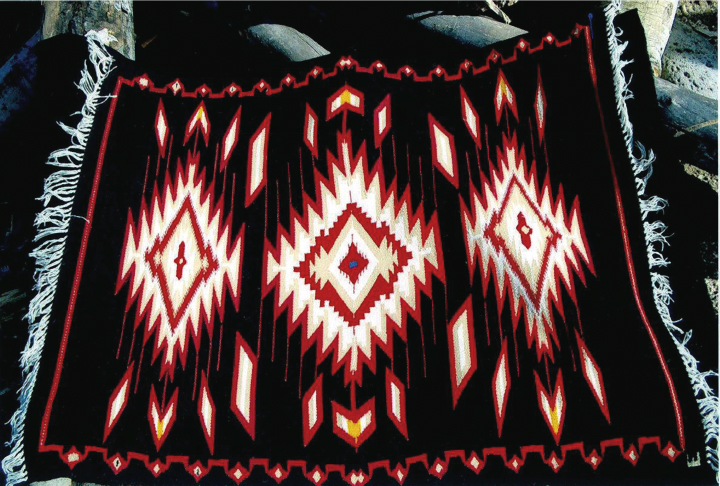 Eppie Archuleta was born in Santa Cruz, New Mexico, but raised in Medanales, New Mexico, where her mother's family had lived for more than four generations. Her mother, Agueda Martínez, was a weaver, practicing the traditional craft she had learned from her own mother. Archuleta's father was a schoolteacher before he became the postmaster in Medenales. He also was a weaver. After Agueda married, her husband taught her some of his native Chimayó styles and techniques.

As a child, Eppie worked alongside her parents and siblings, making rugs and blankets to sell. She recalled that everyone in her family took part in the weaving process. "We used to have to work for the family," she said, "and we made our living by weaving, so we all have to do it. As soon as we reached the loom, we started weaving because we were a big family. We were ten of us. We had to help our daddy. So we all had to weave. Some of them get the wool ready, and the bigger ones, we had to weave."

Although she didn't want to weave at first, she grew fond of it. Archuleta remembered, "We had to. They made me do it. I didn't do it because I want to. But it looks like it printed on my head pretty good. I love it now. I love weaving now." Eppie and her siblings also worked on the family farm. "We raised everything from our farm," she said. "We didn't have to go buy things from the store except our shoes."

Growing up, Archuleta also learned about collecting various plants and using them to dye wool, a skill she continued to practice over the years. She explained, "I gather all the plants, mostly in New Mexico, because the plants have better colors, I think because of the hot place there. I don't know why."

In the late 1940s, Eppie moved with her husband, Frank Archuleta, and their eight children to the San Luis Valley in southern Colorado. There, they worked in the potato and lettuce fields and raised sheep. When the children were not in school, they joined their parents in the fields.

Archuleta processed her own wool by carding, spinning and dyeing it with vegetable dyes. Once these steps were completed, her wool was ready to be woven on the loom. During the day she stayed busy working and cooking for her family. At night, she did her spinning and weaving. "Everybody's asleep so I can weave. All by myself. Nobody bothers me."

Archuleta was an instructor for Los Artes del Valle crafts cooperative and the Virginia Neal Blue Women's Resource Center, which were established in the late 1950s to boost the local economy. These programs facilitated a revival of weaving and embroidery in the Valley and helped Archuleta and others to continue their work. During the subsequent years, Archuleta was able to teach her skills to younger weavers and help preserve the crafts she had learned as a child. Her weaving reflected several styles of Hispanic and Native American weaving. It incorporated traditional Hispanic designs, including Rayado, Chimayó, Vallero Star, Colonia and Rio Grande, as well as Navajo patterns and representational forms such as landscapes, animals and portraits of people.

In 1995, Archuleta received an honorary Doctorate of Arts from Adams State University in Alamosa, Colorado. She was also the subject of the 2004 book, "Eppie Archuleta and the Tale of Jaun De La Burra."

Eppie Archuleta answers the question, 'How did you learn to weave?' Recorded live at the 1985 National Heritage Fellowship Concert, Washington, D.C., courtesy National Endowment for the Arts