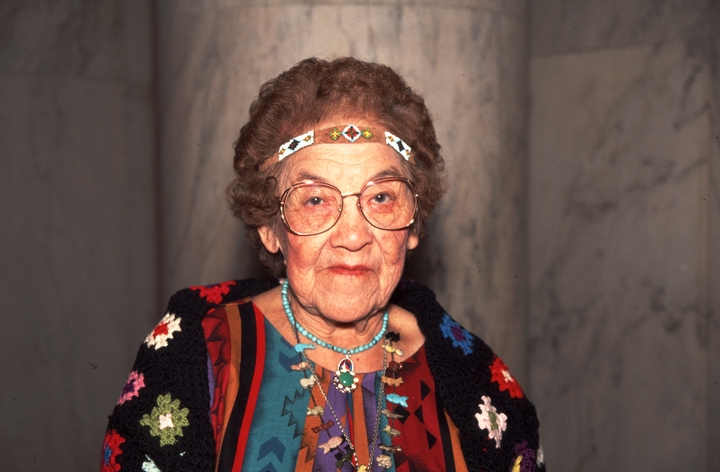 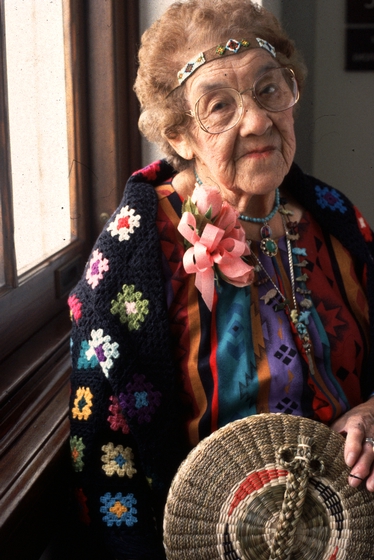 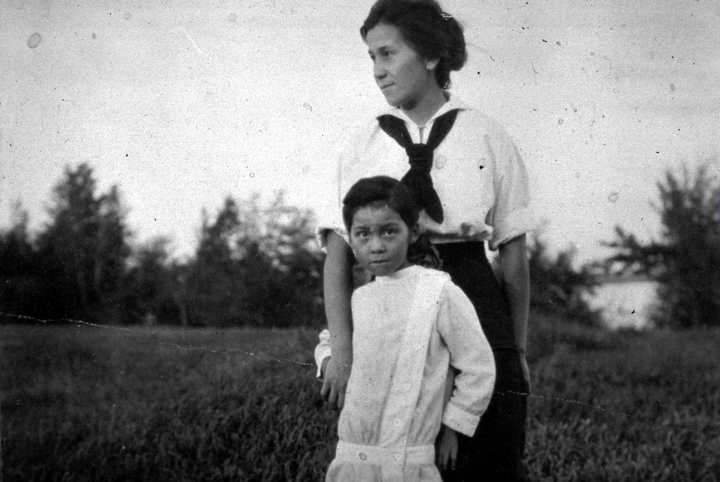 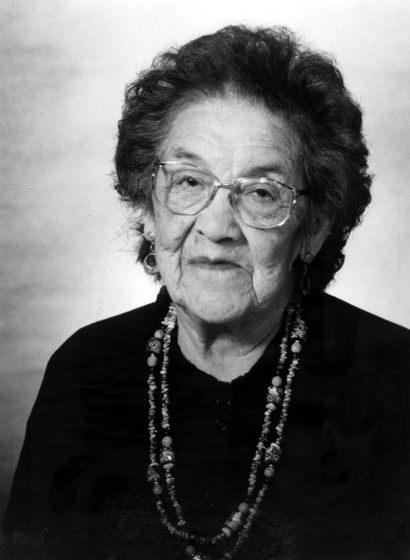 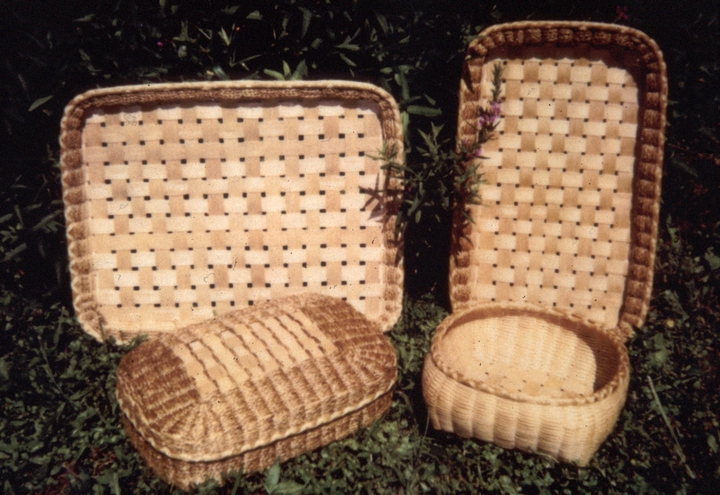 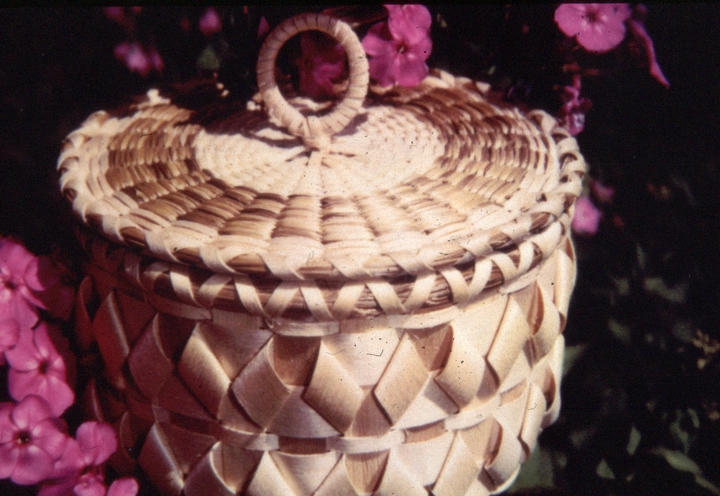 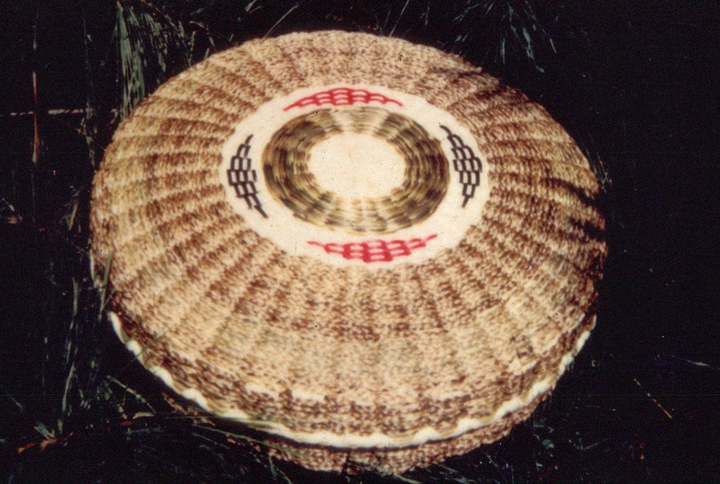 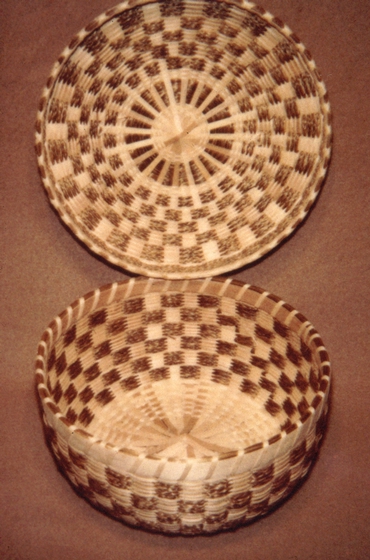 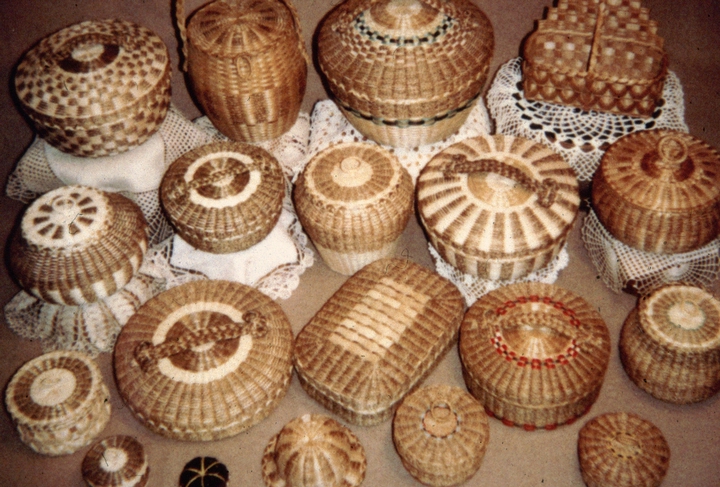 Gabriel began learning the skills of making baskets out of sweetgrass and brown ash splints from her grandmother while growing up in Passamaquoddy Indian Township of Princeton, Maine. "I was always pestering her to show me this and that, and even though I was a pest, she was very patient with me," Gabriel said. Under her grandmother's direction, she made her first basket when she was 7 or 8 years old.

As a single mother with seven children, Gabriel moved to Bangor, Maine, where she lived for twenty-five years, working at the Emple Knitting Mill in Brewer. She also did domestic work on weekends, but she never gave up her basketmaking. Friends brought her supplies. The Maine Indian Land Claims Settlement enabled Gabriel to return to her childhood home. There, she continued making baskets, selling them as fast as she could complete them.

Traditionally, basketmakers harvested sweetgrass from the coastal salt marshes in July and allowed it to dry for several months before braiding. They pounded brown ash logs to loosen the wood and then stripped the logs to the desired length and thickness. In a tribal setting, much of the work is done communally, though Gabriel had to work alone when she lived in the city. After returning home, she bought the sweetgrass and "splits" from other tribal members. Materials have become increasingly difficult to obtain, in part because of timber harvesting in the area.

Gabriel's late daughter Sylvia, also a basketmaker, described the change in traditional style: "In the beginning, Indian women made the baskets for their own use. Later, tourists arrived and wanted to buy them. As time went on, the baskets became more and more fancy. We all learned from one another. They handed down the traditions."

Gabriel's baskets are both traditional and individualistic, reflecting both marketability and a strong creative sense. Some ideas, she said, just "pop out of my head." Her basket types range from the popular striped bowl to her "baked bean crock" to the larger sewing and flat baskets. Many of her covered baskets display the trademark braided frog handle that she created. One remarkable aspect is the closeness of the weave, which is not only beautiful but durable. "If I am to be remembered for my baskets, I want them to live forever," she said. At one time she could weave nearly 100 yards in a day.

Though Gabriel had long been known among her people as a fine basketmaker, significant wider recognition came late in her life through awards and exhibits featuring her work. She served as a senior counselor to the burgeoning basketry revival among Maine Indians while continuing to produce baskets of extraordinary beauty. As she once said, "I've asked the Lord to please let me keep making my baskets, and I guess he must agree."