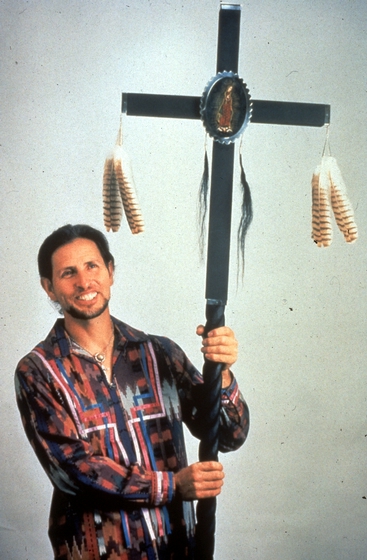 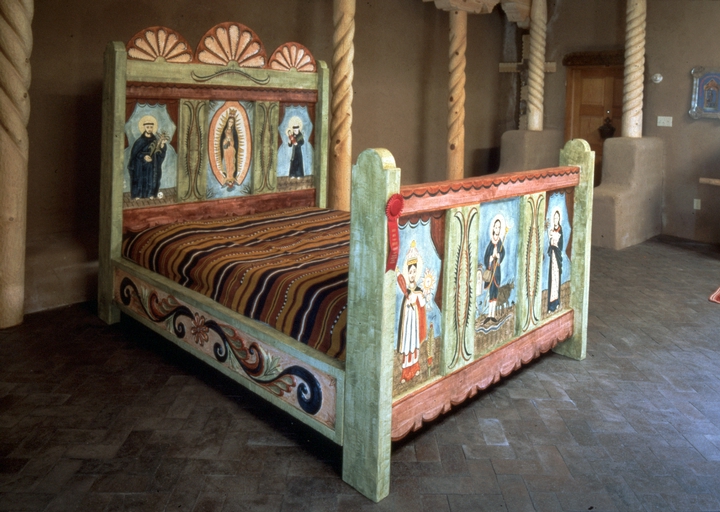 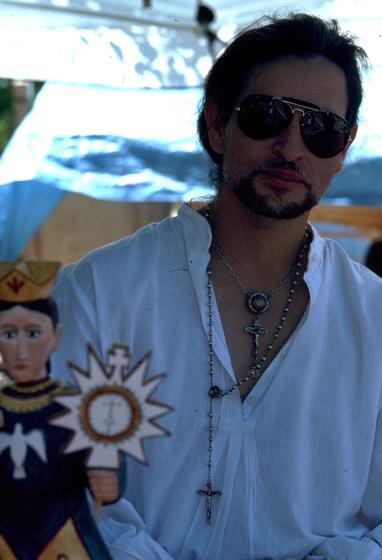 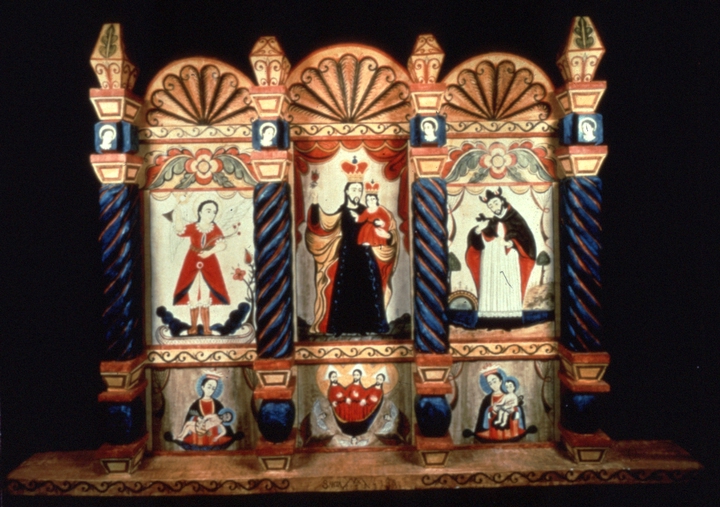 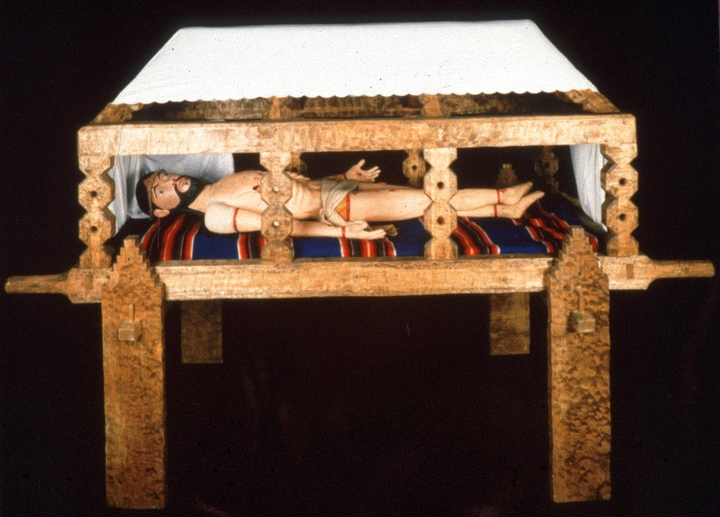 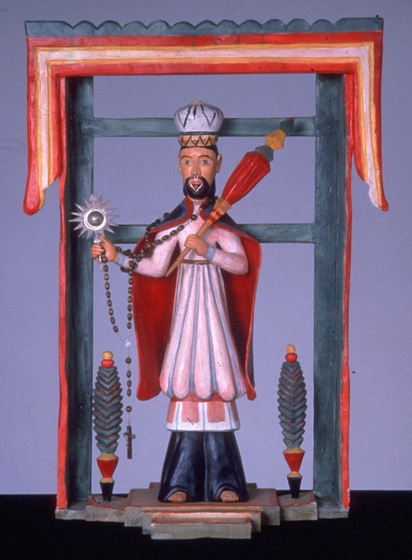 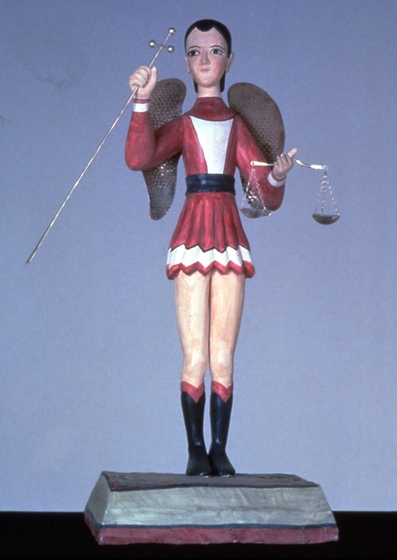 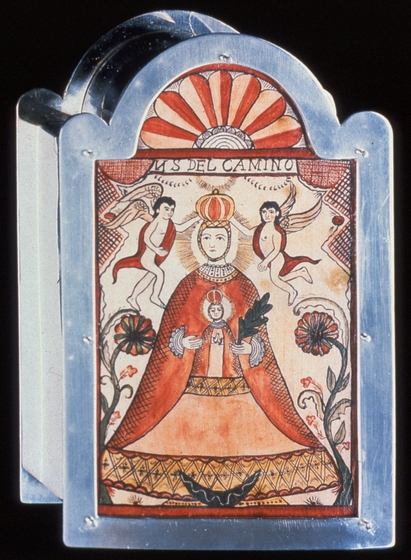 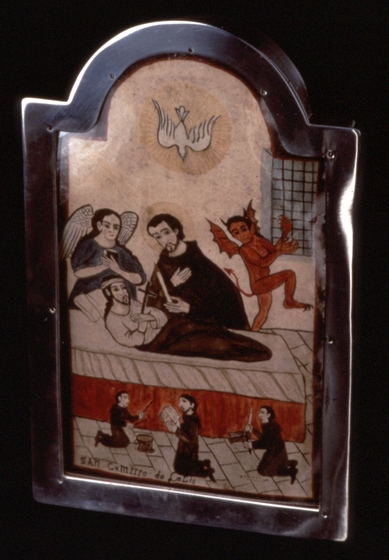 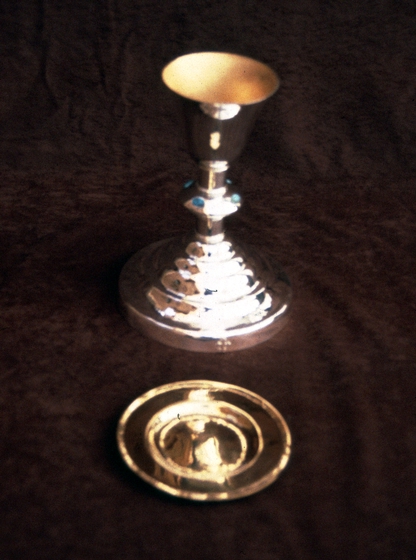 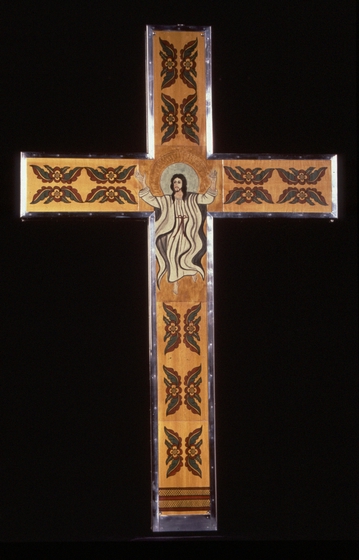 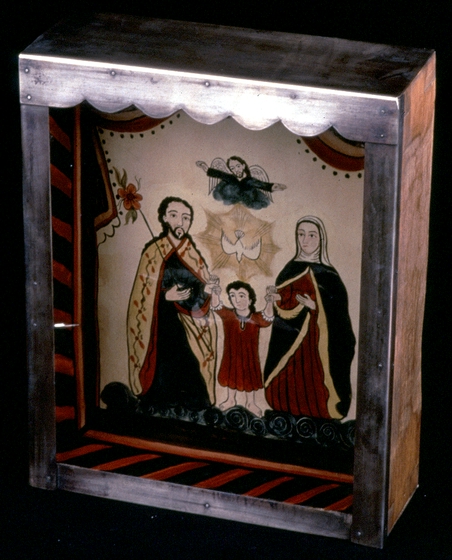 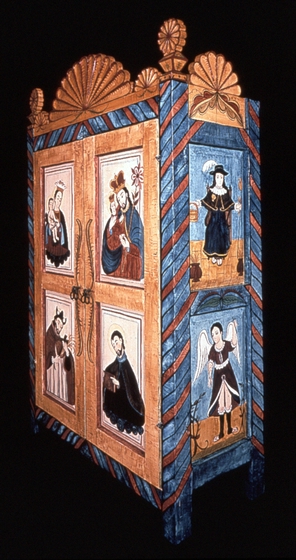 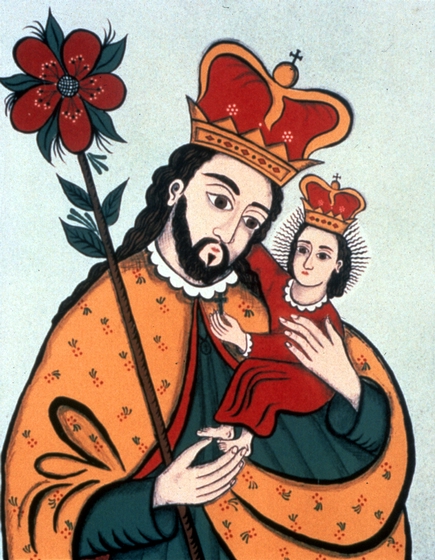 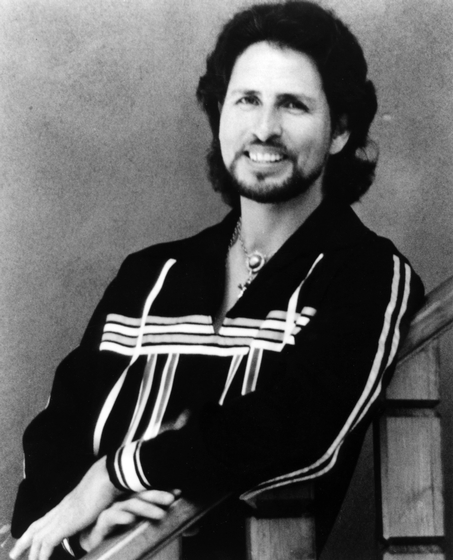 Ramón José López of Santa Fe, New Mexico, sees his direct link to tradition in his santero grandfather, who died two years before López was born. He continues to use many of his grandfather's carving tools. Like his grandfather, he is inspired by his deep religious faith and is committed to perpetuating the santero tradition, carving three-dimensional sculptural representations of Catholic saints.

In the 1970s, López, then a carpenter, began making jewelry. By 1981, his mastery of Spanish colonial metalworking methods had spurred a revival of that craft. He expanded his repertoire to include silver hollowware candlesticks, ecclesiastic vessels such as chalices, and domestic utensils. After studying the works of the nineteenth-century master santeros, he began to carve and paint using traditional hand-adzing and polychrome techniques to create retablos (two-dimensional portrayals of saints and other sacred images, usually on wood panels), bultos (three-dimensional images), and reredos (large carved and painted altar screens). He coats local aspen or piñon pine with gesso made from gypsum and rabbit-skin glue and works directly on the wood with paint he makes from natural pigments and dyes. His metalwork, carving and painting skills are now also employed in the creation of diminutive relicarios, metal-framed images painted on wood, often with a hidden drawer at the bottom to hold a rosary. In addition, he has taken up the rare colonial art of hide painting.

In all that he does, López credits his cultural heritage and the earlier generations of masters that set the standards toward which he strives: "My traditional work lets me see how influenced I really was by my heritage, my history. It showed me my roots in this area — opened my eyes. It's all inspired by my upbringing here, my Catholic religion and my interest in the churches of New Mexico, with all their beautiful altar screens. I want to achieve the level of quality of those old masters — what they captured on wood, emotions so powerful, so moving."

López has passed his skills on to his four children and has served as a master artist in the New Mexico Arts Division's state folk arts apprenticeship program. He has won Santa Fe's Spanish Colonial Market's grand prize and first prize on many occasions and has exhibited widely in dozens of venues, including the Albuquerque Museum, the Taylor Museum in Colorado Springs, the New Mexico State Capitol and the Smithsonian Institution.