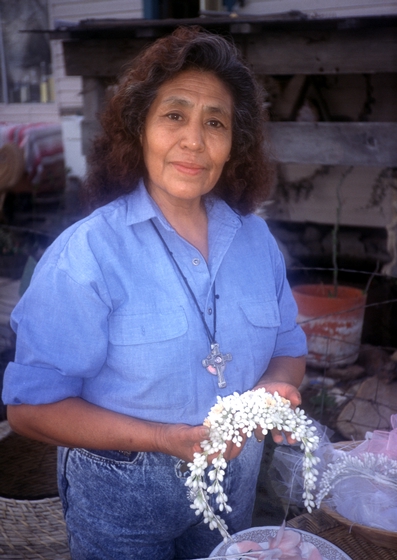 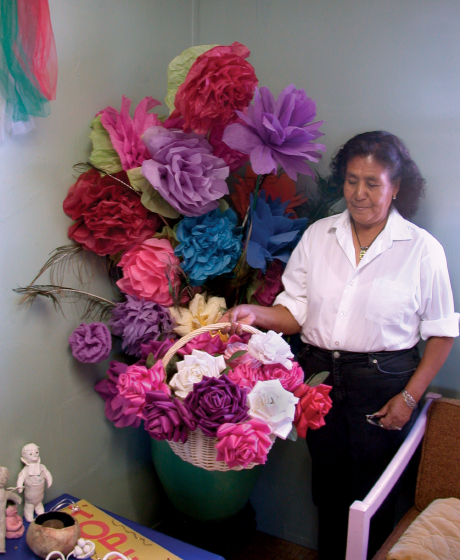 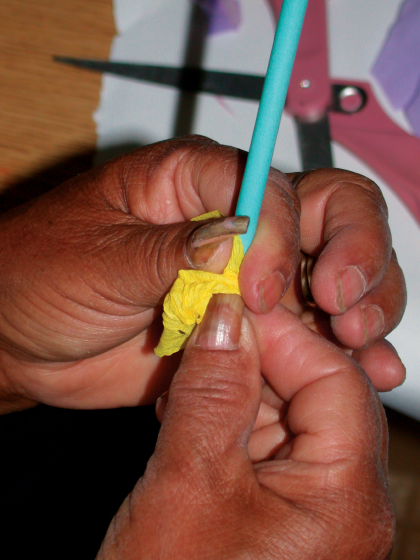 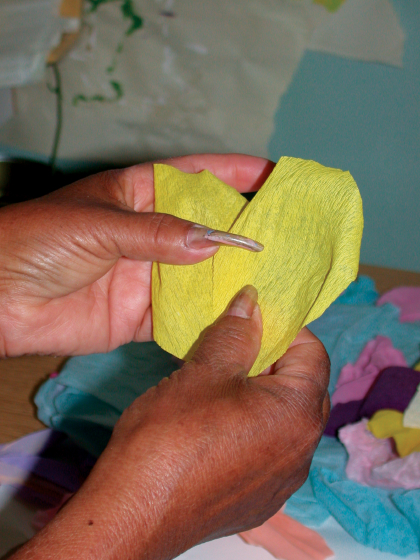 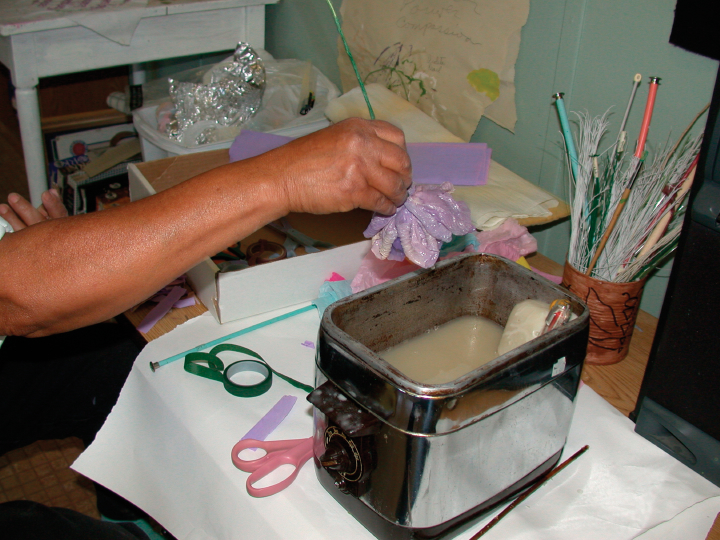 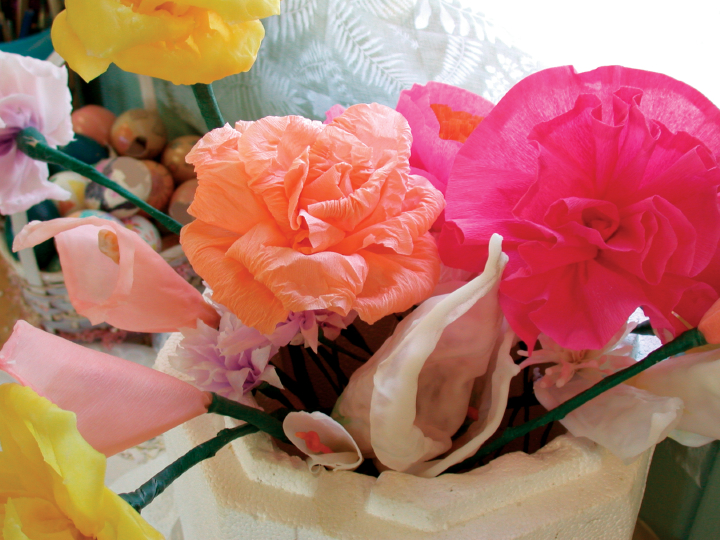 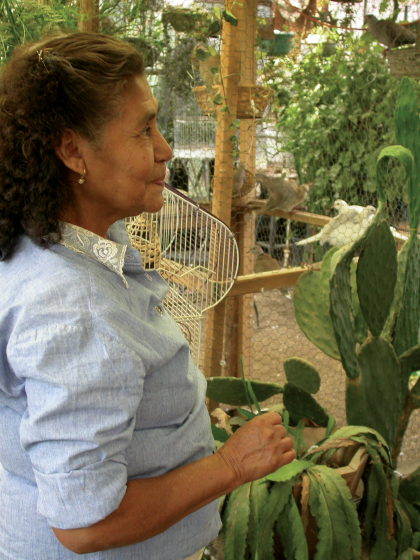 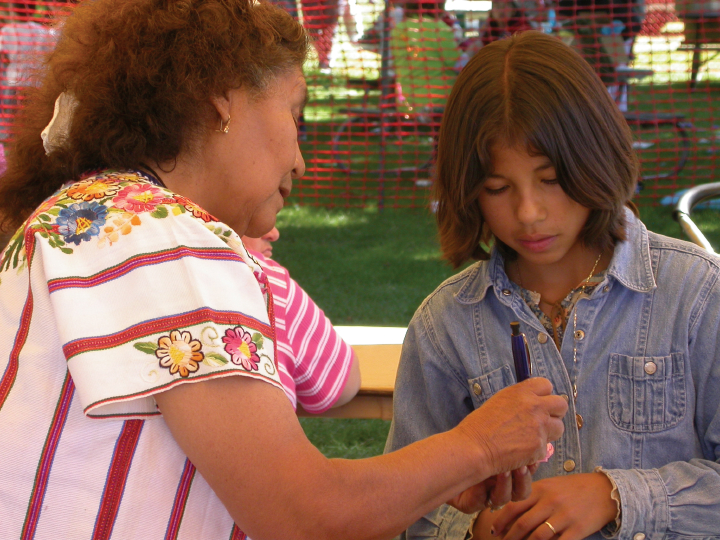 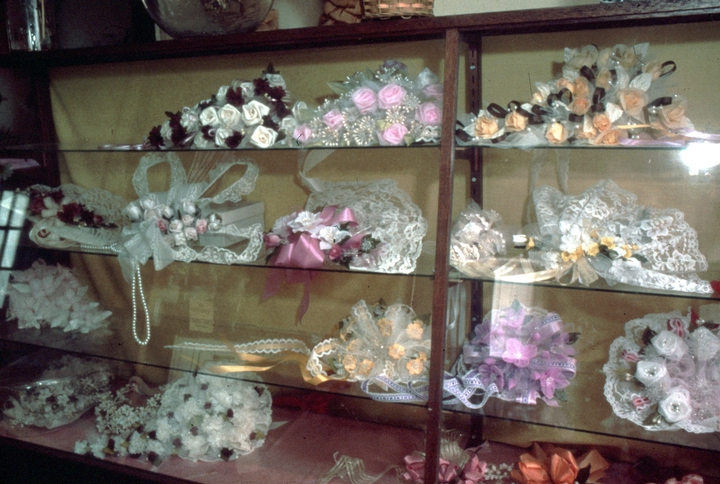 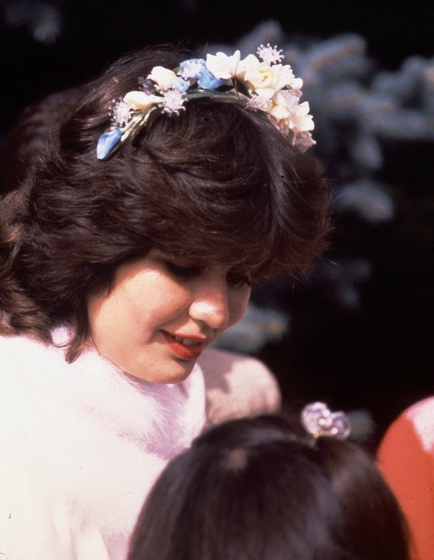 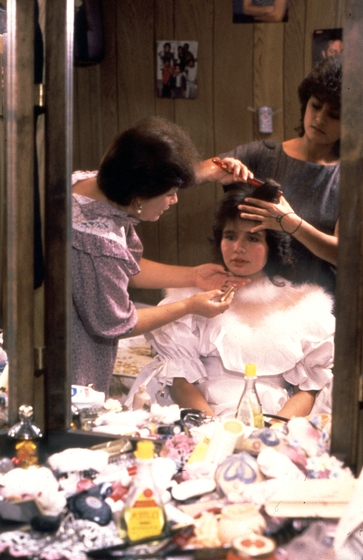 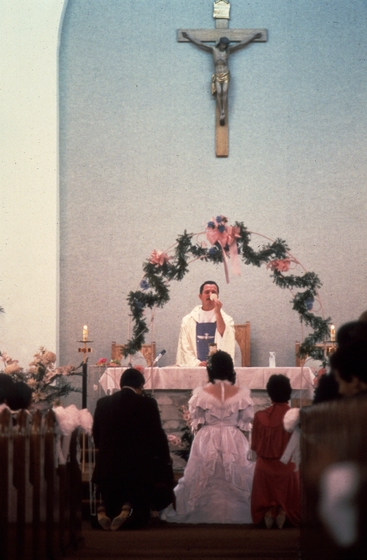 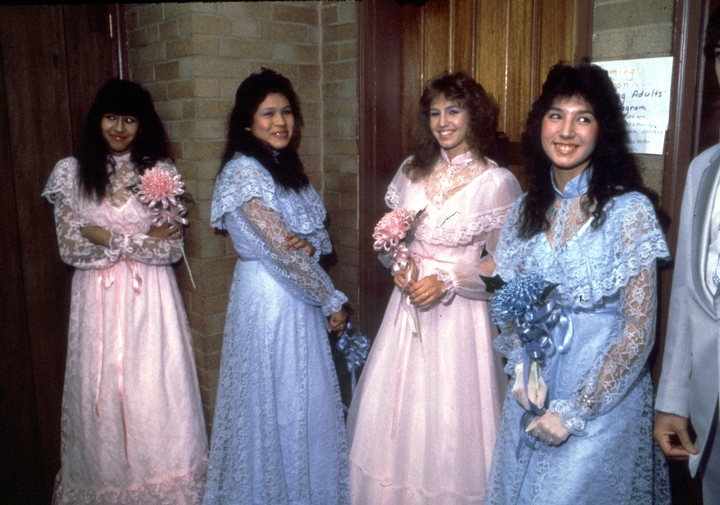 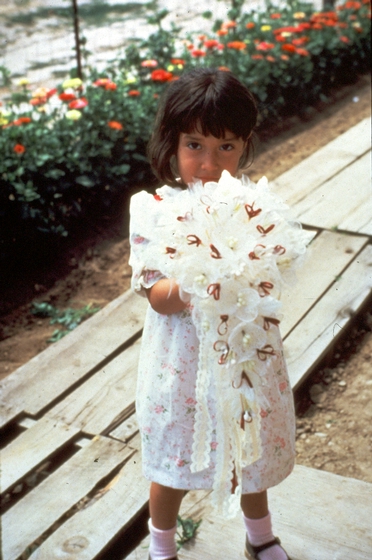 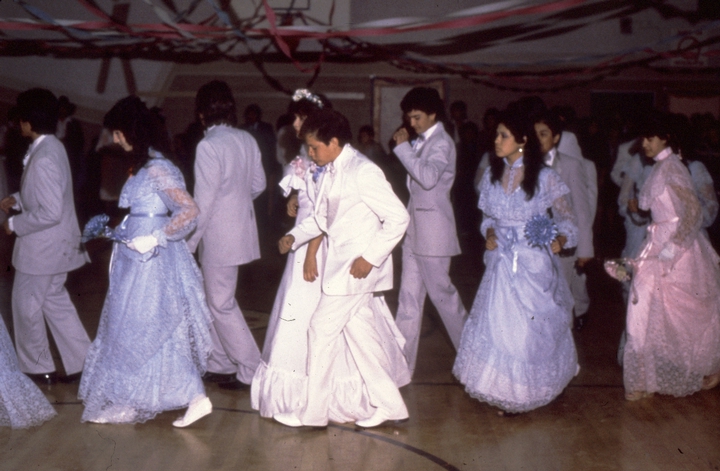 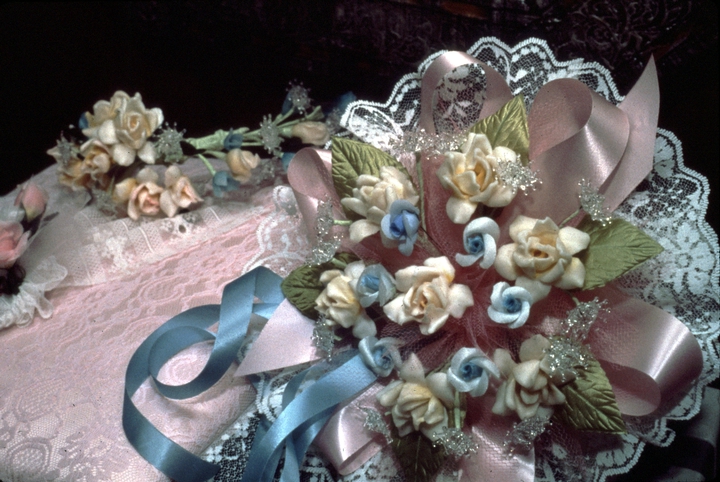 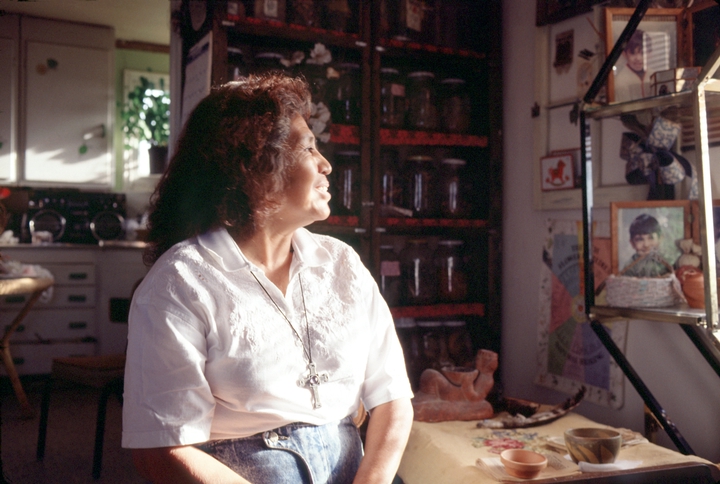 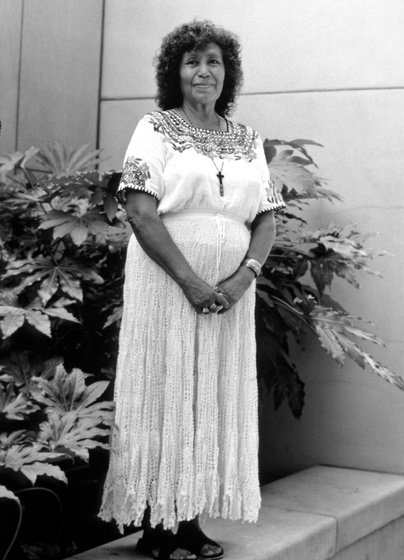 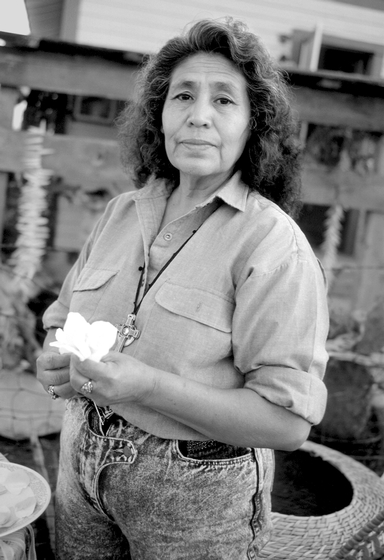 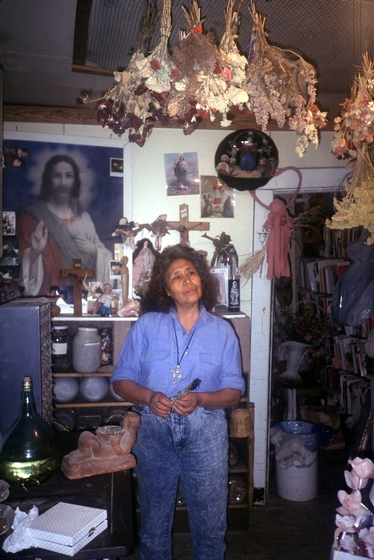 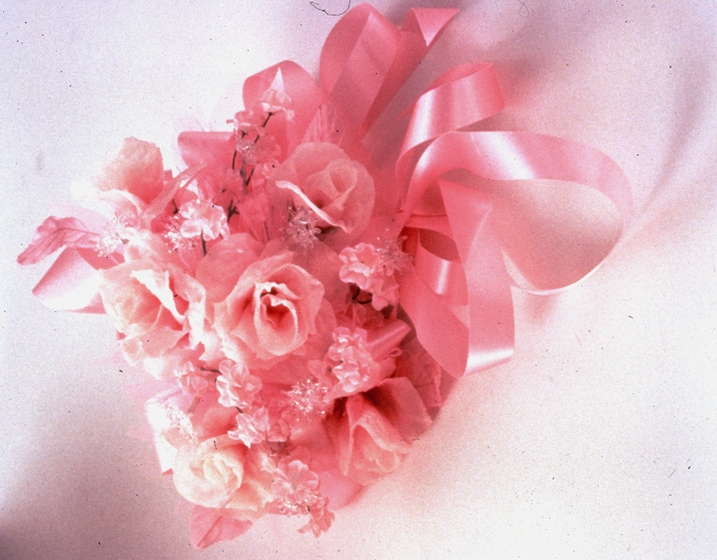 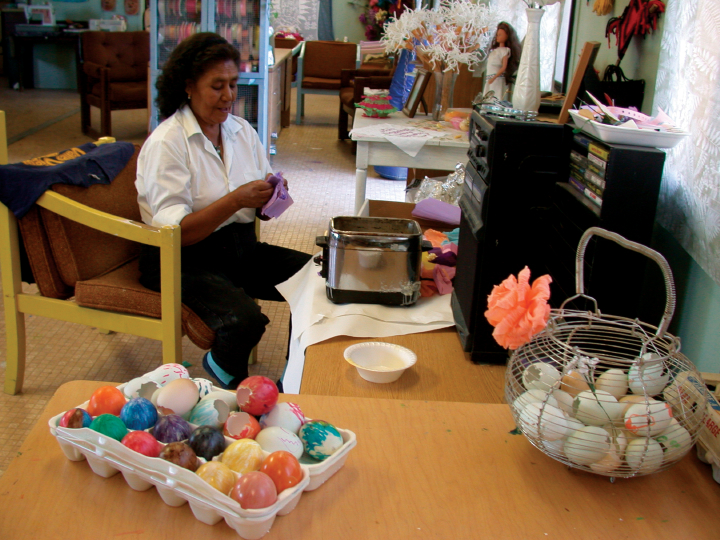 When Genoveva Castellanoz was 2, her family moved from Guanajuato state in central Mexico to the Rio Grande Valley of Texas for work. There, she learned the household arts of crocheting, knitting and embroidery. She also learned to make paper flowers. Her father often contracted to work near Nyssa, Oregon, and dreamed of living there. After Castellanoz married, her entire family settled in Nyssa.

Castellanoz became an important figure among Mexican Americans in a wide area because she made paper and wax flowers for baptisms, weddings and quinceañeras. The quinceañera is a rite of passage in which a 15-year-old girl is symbolically ushered into adulthood. Traditionally, each relative contributes one of the necessary items for the girl's outfit: the white dress and other articles of clothing, a pillow for kneeling and the corona, a crown of flowers, also white, symbolizing purity and innocence. She may be preceded into the ceremony by a group of fourteen other girls, one for each year of her life. The corona is central to the aesthetics of the quinceañera event, as necessary as the ring to a wedding. As the only corona maker in the region, Castellanoz was sought out by parents and families who journeyed hundreds of miles to consult her.

The basic materials of Castellanoz's art are simple and inexpensive: typing paper or crepe paper, wax candles, scissors, glue and wire. She begins by cutting out the petals, forming them into the shape of the desired flower and binding them with wire or glue. Then she melts candles and dips the paper in the wax. Several applications and a lot of time might be required for the proper effect. When the flower has taken shape, she dips her finger, a piece of cotton, a tissue or a brush into the melted colored wax and applies a touch of pink or blue to the edges of a petal to make them look like real flowers. Finally, she arranges the flowers for the corona or bouquet into the desired shape.

"Even though a lot of people don't think so, I believe that the flowers have their own personality," Castellanoz said. "For me they do, because I work with them and I see that some flowers let their little petals bend; others don't. Some flowers will take the wax, but this one didn't. So I think that they have their own mind, and I respect each one. No two are exactly alike." Castellanoz has demonstrated the making of the corona in festivals and school programs and has participated in workshops and other educational efforts, and for the general public. In addition, Castellanoz is a curandera and is well known as a faith healer in her community.

Genoveva Castellanoz answers the question 'How do you make a corona?' Phone interview by Alan Govenar

Genoveva Castellanoz answers the question 'How is the corona used in the quinceaeñera ceremony?' Phone interview by Alan Govenar