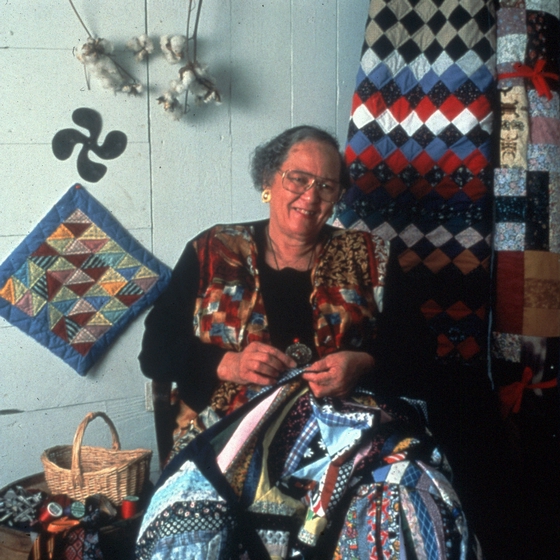 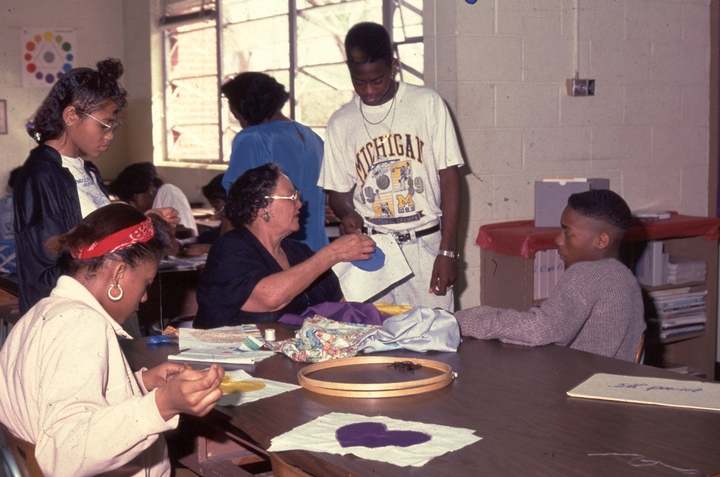 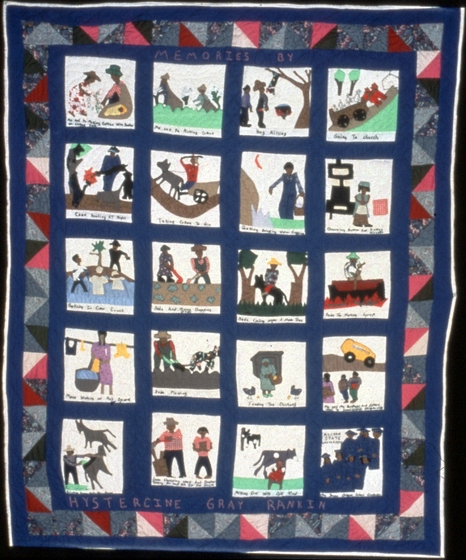 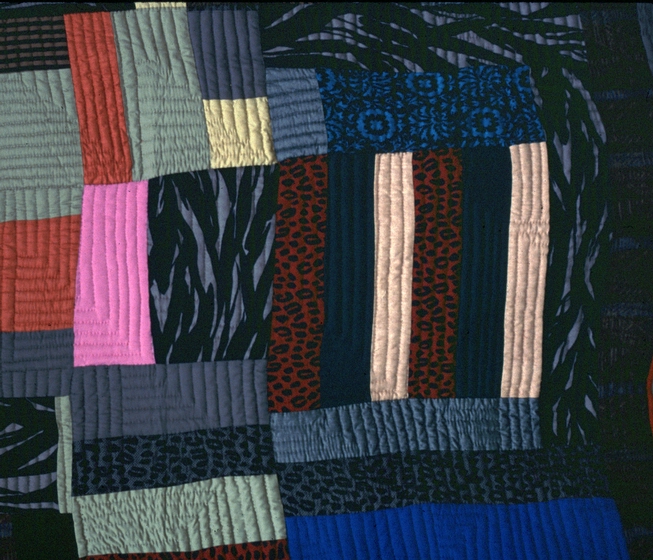 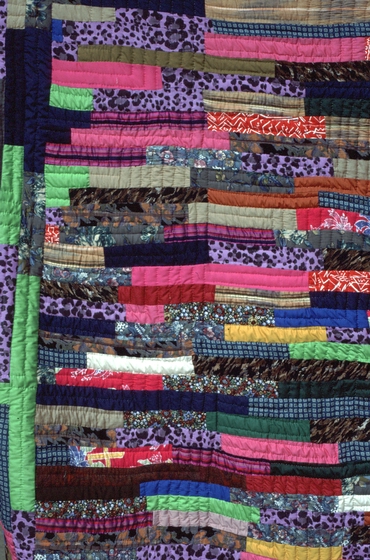 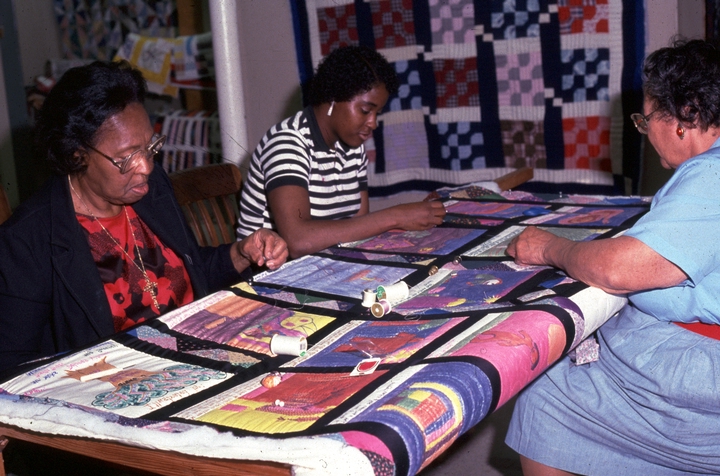 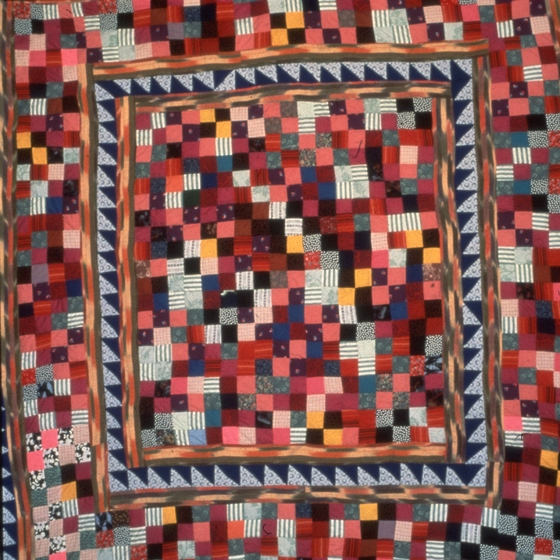 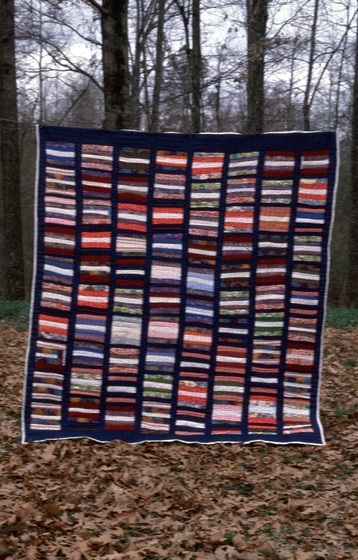 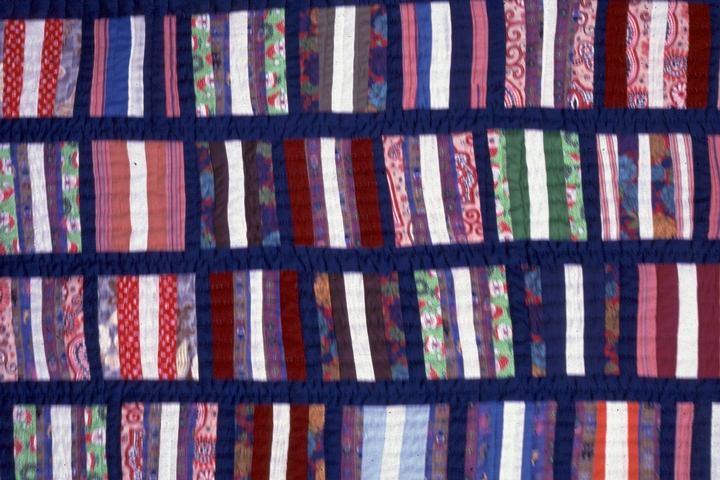 Hystercine Rankin grew up on a farm in the Blue Hill community of Jefferson County, Mississippi. "My mother's name was Laula and my daddy was named Denver Gray,” she said. “My mother taught school about four or five months out of the year in a one-room schoolhouse with a woodstove that went up to the eighth grade. My daddy was a sharecropper who raised cotton, corn, anything else he could grow that we could eat. My father was killed in 1939. He was 33 years old. A white man shot him down in the highway and left him. No reason was ever given. So, we had to move to my grandmother's on my mother's side — Alice Whelman."

When Rankin was 12 years old, her grandmother declared, "Your playing days are over," and began teaching her to quilt to provide cover for her ten siblings. "When you had eleven kids, that was a lot of cover," said Rankin. Her grandmother was a strict teacher of hand stitching, Rankin said: "If you did something wrong, you pulled it out."

By the time she married Ezekiel Rankin in her late teens, her mother had also died, leaving seven of Rankin's siblings to raise. Rankin and her husband raised them and their own seven children. She helped her husband farm, raising "everything," she said, "cabbage, green beans, peas, whatever could grow in the fields, and I did canning." In the evenings, or whenever she wasn't working outside, she created three to four quilts per bed and maintained the family tradition of giving each child a quilt when he or she left home.

Because of the utilitarian nature of her quilting, Rankin never thought of herself as an artist. That began to change in 1981 when she was invited to be a resident artist at the junior high school in her hometown of Lorman, Mississippi. That experience helped open her eyes to the artistic dimensions of her work. The rich repertoire of traditional patterns that she learned from her grandmother and other women in the community is beautifully elaborated. These styles include star quilt, string quilt, nine patch and flower garden.

In 1982, Camille Cosby, wife of entertainer Bill Cosby, bought several of Rankin's quilts. "I never would have thought that when you had to quilt, you would ever get a nickel from them," Rankin said. With the help of Mississippi Cultural Crossroads, an arts organization in Port Gibson, she was soon filling orders for more quilts, providing money for her children's college tuition. All seven graduated from Alcorn State University.

Teaching and exhibiting her work heightened Rankin's creative sense. She fashioned a striking sunburst pattern, inspired by seeing the sun's rays break through the clouds one afternoon. Among her most moving works are the memory quilts that portray such vital recollections as picking cotton, plowing with a mule, going to church in a horse-drawn wagon loaded with children, and her father's murder at the hands of a white man who was never brought to justice. The stitched narrative reads, "I will never forget that morning. He sent me to the spring ... as I went to dip the water, I heard the 4 shots that killed my father." Other quilts are based on social themes, such as "Parchman Prison," an expression of her concern for "so many kids going to prison for drugs and things." In the center of the quilt is a "prison room" of four-inch squares. Surrounding the room are rows of three-inch multicolored squares representing the guards, the prison yard, and fences.

In 1988, Rankin became the master quilter and teacher at Mississippi Cultural Crossroads. Her solo exhibition "Visions and Dreams: A One Woman Show" was mounted there in 1992. In 1991, she received the state of Mississippi's highest arts award, the Susan B. Herron Fellowship. She has exhibited and demonstrated throughout the South, and has been featured in numerous publications. "The only thing that matters is quilting," Rankin said. "I feel free when I'm quilting."