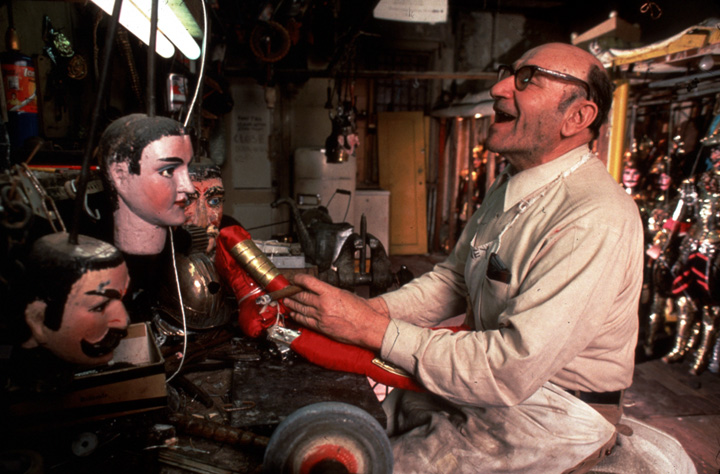 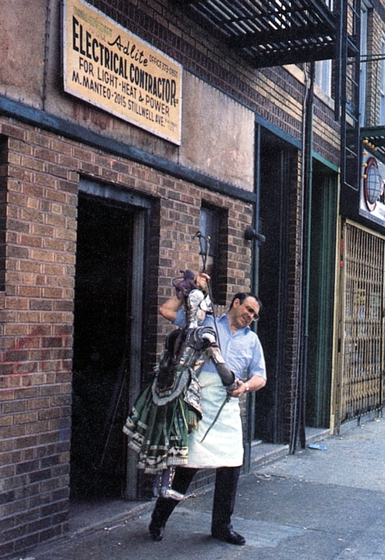 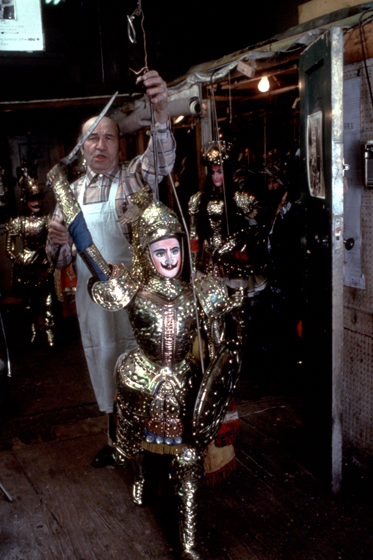 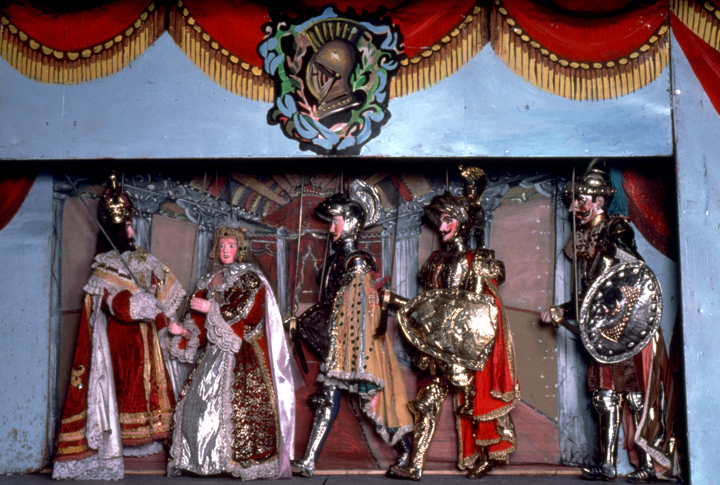 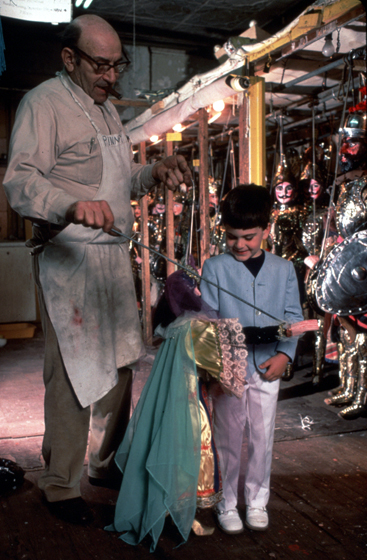 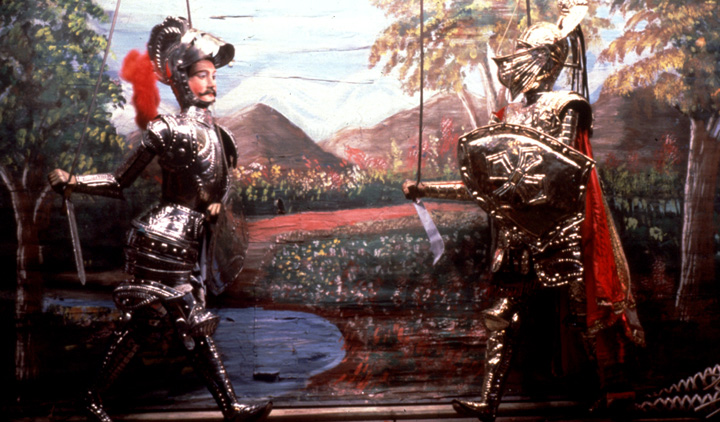 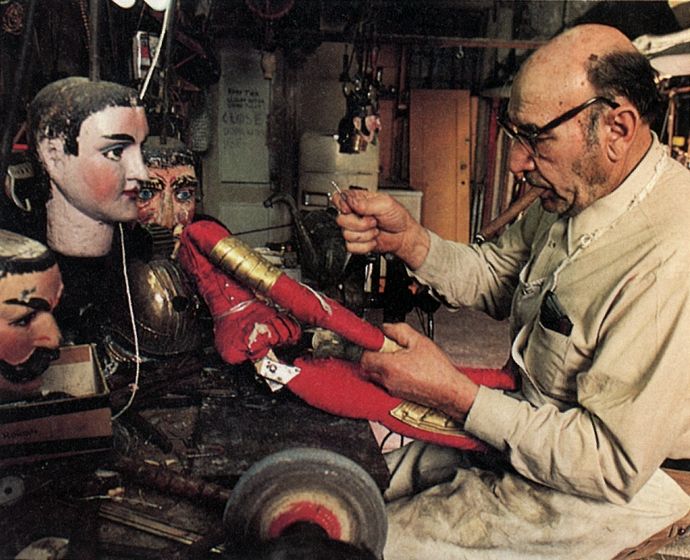 Miguel "Mike" Manteo's parents, originally from Catania, Sicily, moved to Argentina around 1900, bringing with them the marionette theater they had inherited from their forebears. Mike was born in Medosa, Argentina. In 1919, the family, led by grandfather Agrippino Manteo, moved to New York City, where they opened another theater, Papa Manteo's Life-Sized Marionettes, in Little Italy. Agrippino ran an electrical business by day and staged marionette performances at night, assisted by his wife, Catarina, who collected quarters at the door, and his four sons and a daughter helping backstage.

"I started out as a kid cranking the pianola — an old hurdy-gurdy," Mike said. "But whenever my grandfather wasn't around, I'd practice handling the puppets. All the while he pretended not to know. I guess he figured it would kill my interest if he was always looking over my shoulder. Eventually, I was allowed to manipulate the marionettes onstage, and my father came down to direct the show from the wings."

For more than a century, five generations of the Manteo family have performed episodes from "Un Avventura d'Orlando Furioso" (the epic adventures of the knight Roland in defense of Charlemagne's empire) and "L'Amore di Isabella e Zervino" with life-sized marionettes. This distinctive form of marionette theater emerged in Sicily in the early 19th century, though the tradition of performing the Orlando cycle with marionettes was known as early as the 16th century.

True to tradition, the Manteos performed 394 episodes from the Orlando cycle in installments, taking thirteen months of nightly performances to complete the series. For many years, however, Mike supported himself, like his father and grandfather before him, as an electrical contractor, and was forced to do far fewer performances, though the marionettes remained his chief passion.

Mike held the coveted title of "Papa Manteo" and carefully preserved the tradition of his great-grandfather, also named Michael. Working in the family's Brooklyn warehouse, where they stored and repaired hundreds of characters needed for the pageant, Manteo hammered the armor for his shining knights from old hubcaps, broken toasters and other pieces of scrap metal. His sister, Ida, made gowns for the courtly heroines, using silks and velvets from discarded wedding dresses, cautiously avoiding print fabrics, because they looked too modern. The marionettes they clothed were 4 to 5 feet high, depending on the importance of the character, and weighed well over 100 pounds each.

The method for constructing the marionettes, known and used in Roman times, is based on "rod control." One rod controls the marionette's head movements, while a second rod is attached to its right arm. The arm is controlled by a cord, and the legs, which swing free, move by their own weight. In this way, the puppeteer is able to manipulate the marionette and to create various special effects and movement.

Manteo enlarged the family's collection of marionettes from about fifty, brought by his grandfather from Argentina, to more than 200, making new wooden figures out of mahogany, oak and cherry, which he preferred. "They're works of art," he said. "No machine can make them. They were made with the hands and with the heart." In addition to building the puppets, Manteo created the dialogue for the knights, dragons, ogres and eagles. He "threw the voices" and improvised the dialogue, based on the stories he had heard from his father and grandfather.