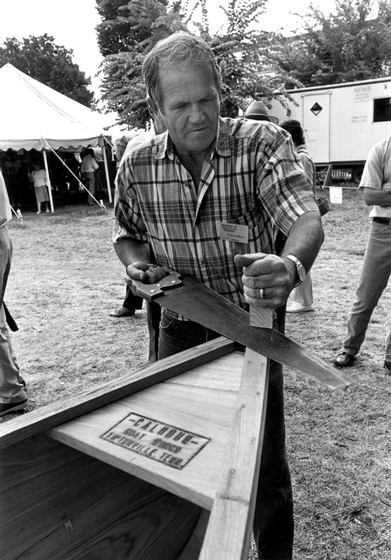 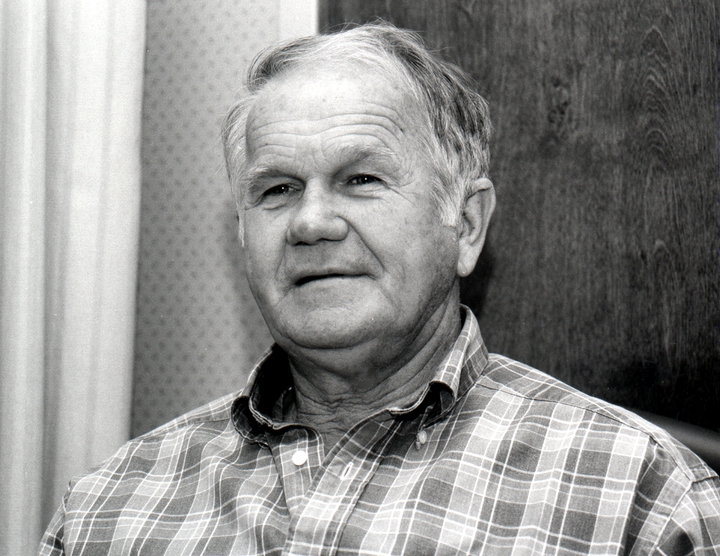 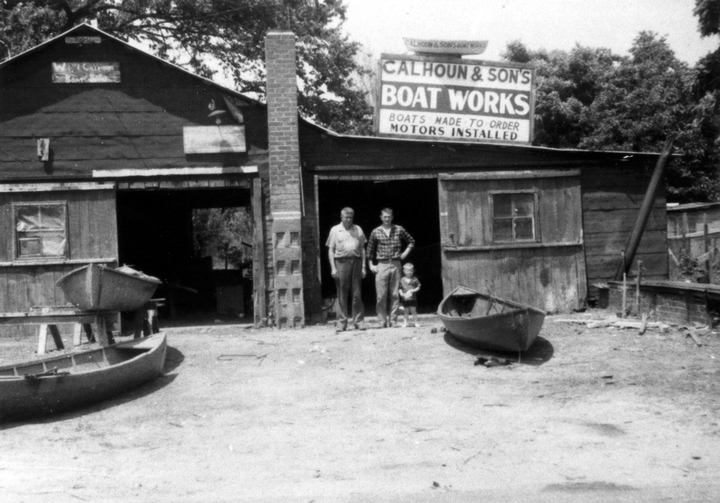 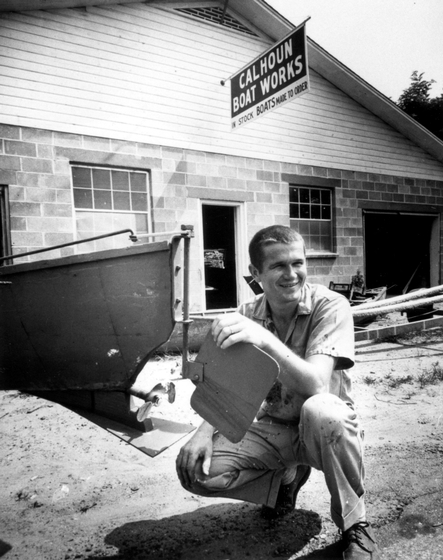 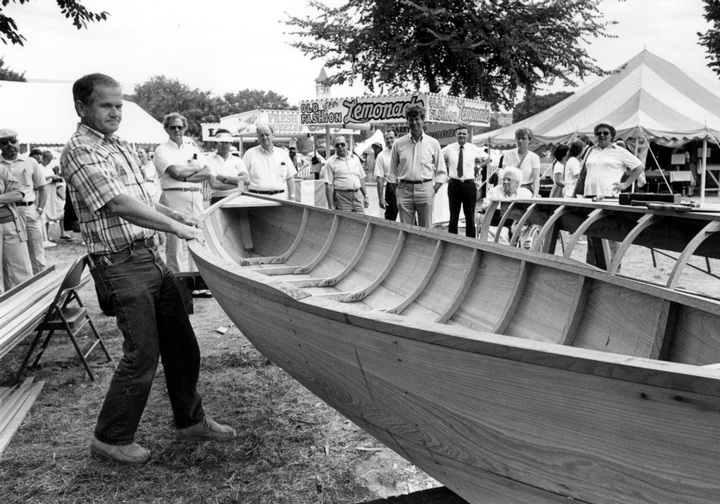 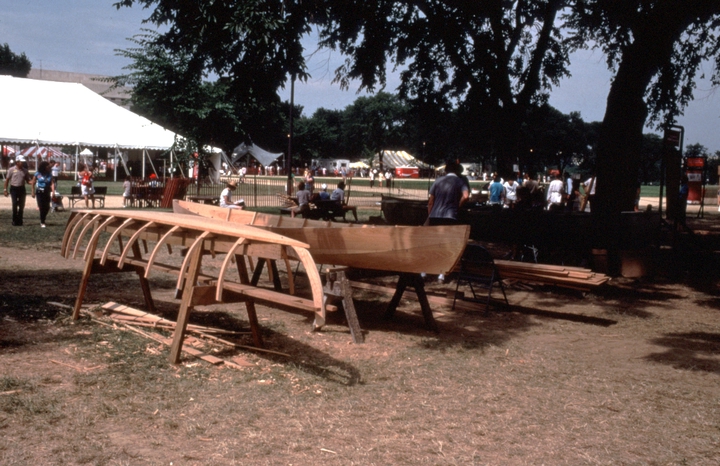 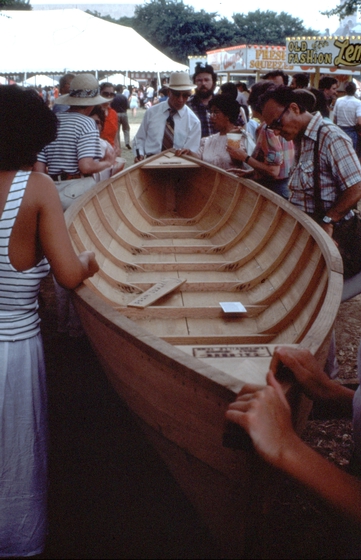 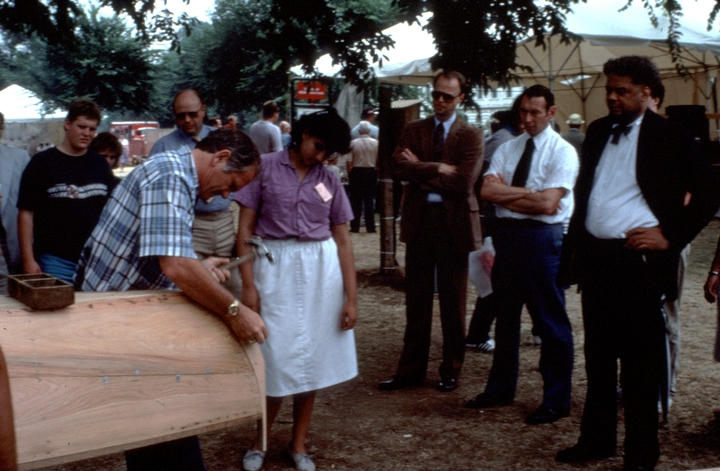 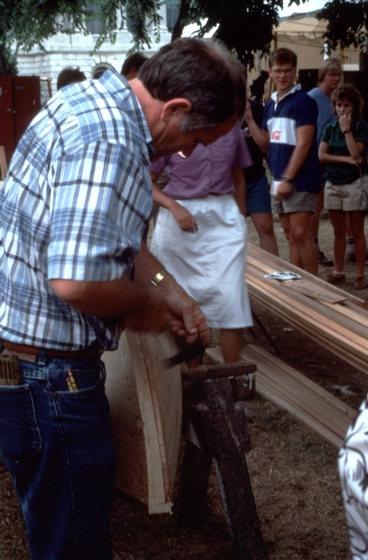 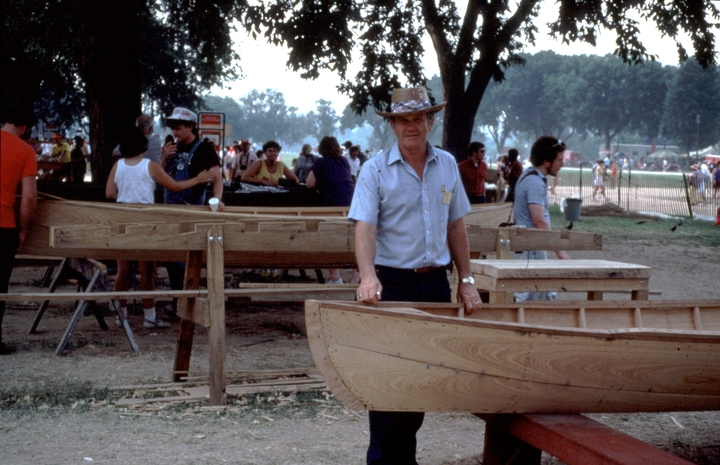 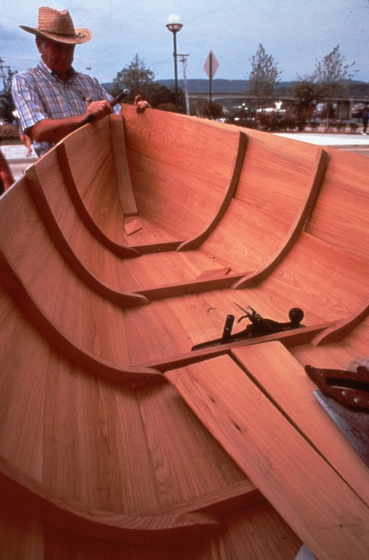 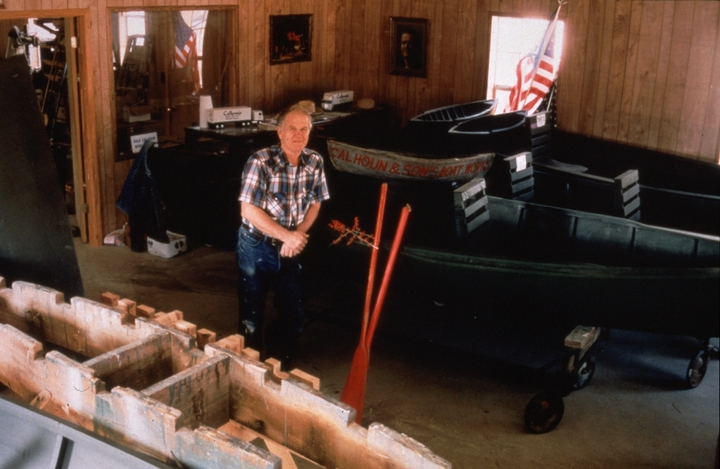 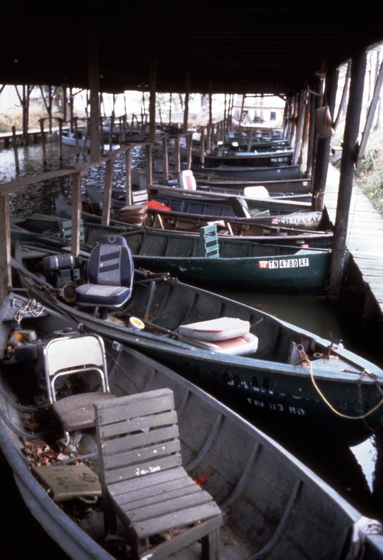 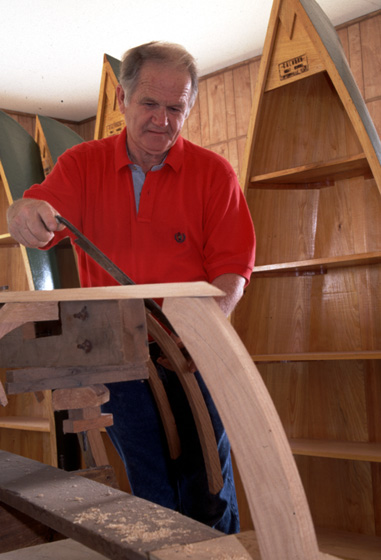 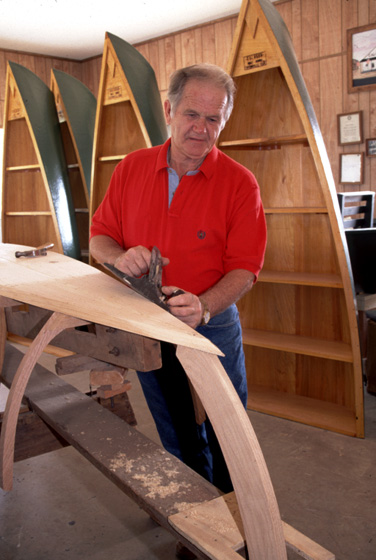 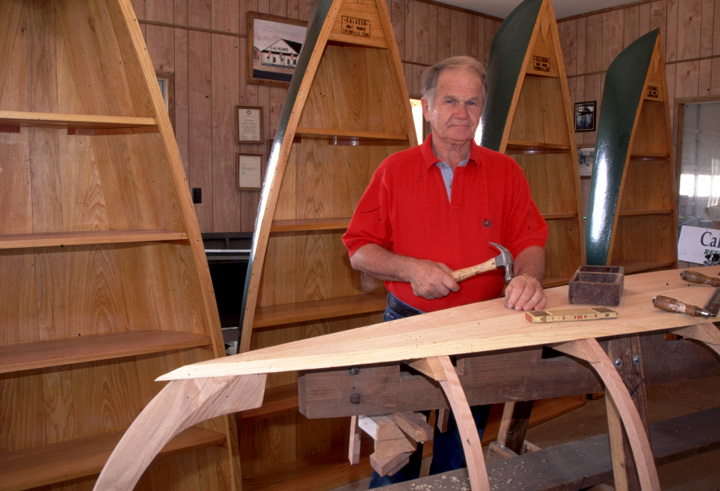 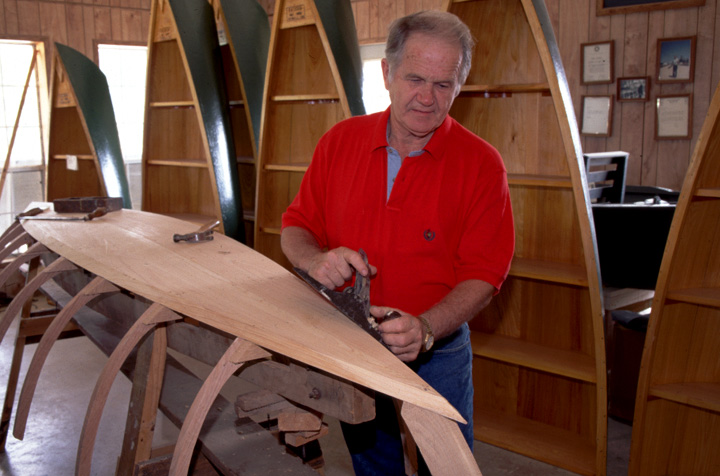 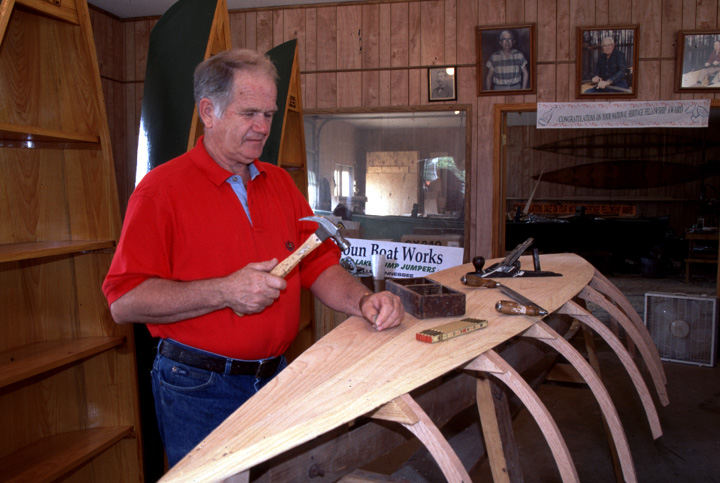 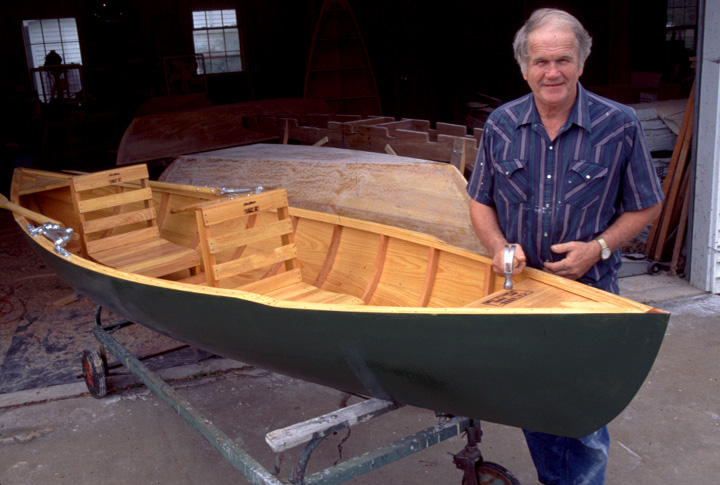 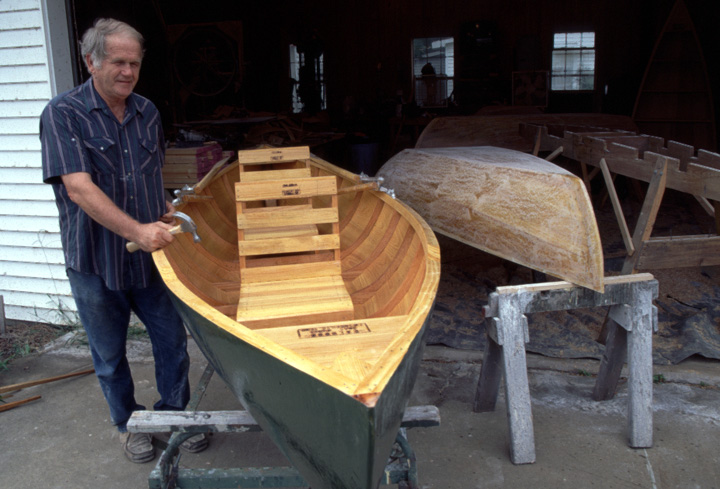 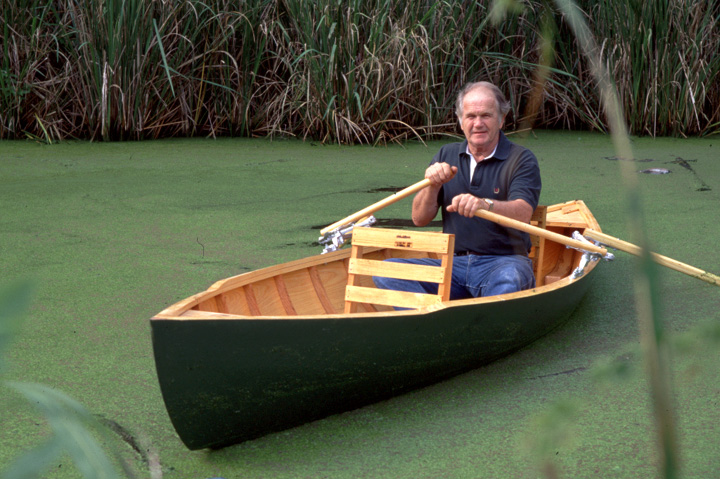 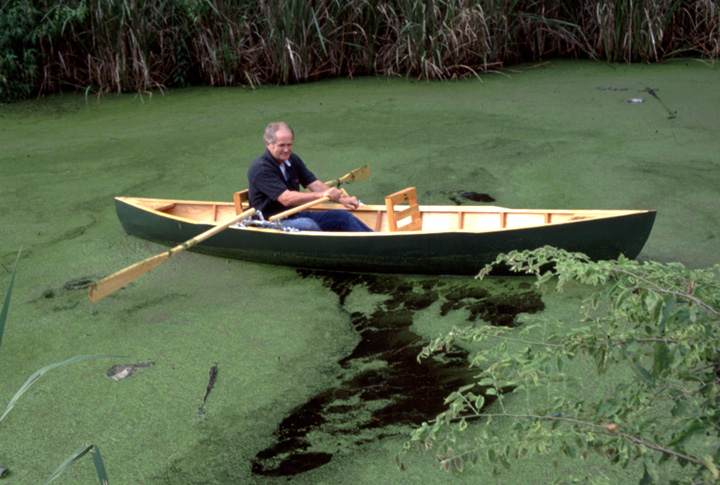 Dale Calhoun spent most of his boyhood around his father's boat shop near Reelfoot Lake in northwestern Tennessee, where the family has made boats for four generations. Dale got his start around age 14 when, as a surprise, he built a boat over a weekend when his father, William Calhoun, was away. "When I was big enough I started helping my dad, probably around 10. The shop was in our back yard. When I was 14, my dad went off one weekend and I made one on my own. It was in the rough, no paint. My dad thought that I had really done something. And I just started making boats."

The boat Dale Calhoun built is called a stumpjumper for its ability to slide over and around the cypress knees, stumps and logs that are common in Reelfoot Lake, a shallow, swampy floodplain near the Mississippi River that was formed by the 1811-1812 New Madrid earthquake. The flatbottom boats are made from oak ribbing and cypress planks and come to a point on each end. The Calhoun family has introduced several innovations in boat design, including a fiberglass rather than a tin covering on the bottom; the use of small, gasoline-powered motors; and the addition of a unique triangular propeller guard.

At one time, Calhoun said, the boat was paddled like a canoe. "But then an Illinois fisherman named Fred Allen invented a bow-facing oar that changed everything. This is a reversible oar that allows you to look the way you're going as you row. When Allen died in 1959, I bought the company, and now I ship these oars all over the country."

Another change is the width of the boats, which range in length from 13 1/2 to 17 1/2 feet. They're now about a foot wider than they used to be: "Folks used to go fishing with a jar of water, a couple of hooks and some extra line in their pocket," Calhoun said. "Now they've got to have all this stuff, plus their dog. So they want a bigger boat."

Though the popularity of aluminum johnboats has threatened the handmade wooden boat in many places, the Calhoun-built stumpjumper is still preferred around Reelfoot, where local watermen value its quiet efficiency, symmetry and precision craftsmanship.

"Each one of these darn boats has its own personality," Calhoun said. "People will say, 'What's two boards?' But each board has its own personality. Each one is a little more flexible, more pliable, not as stiff. That's the thing with building a boat. It's just like a house. If a house is not straight and true, or it's twisted, you're in a mess."

For years, Calhoun divided his time between boat-building and working as a guard captain at a prison near his Tiptonville, Tennessee, home. After retiring in 1998, he devoted all his time to boatbuilding, but not at his old pace. "I used to build about four boats a week, but I've slowed down," he said. "Now I build a boat about every week or two. It is hard work, and at my age I don't think I should kill myself."

Since Calhoun's death, his family has carried on the business.