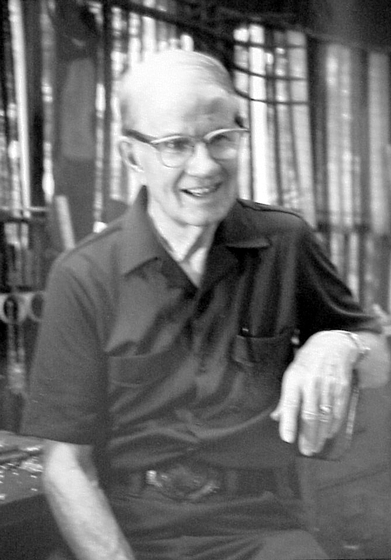 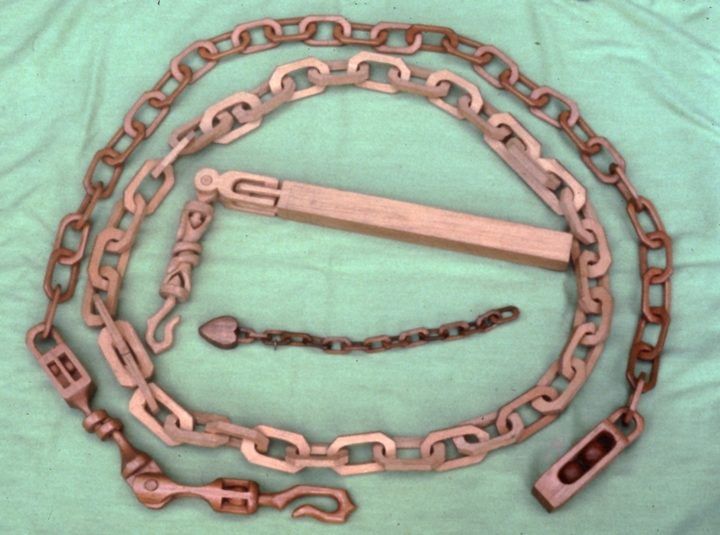 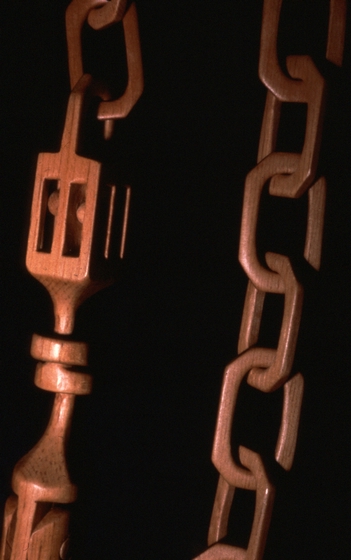 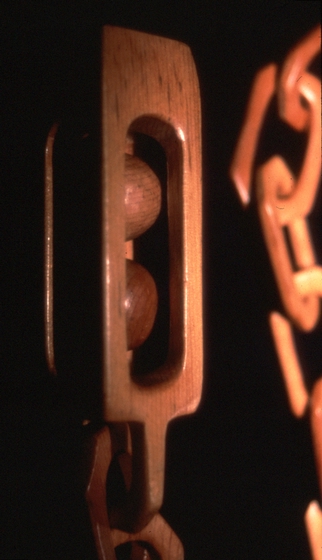 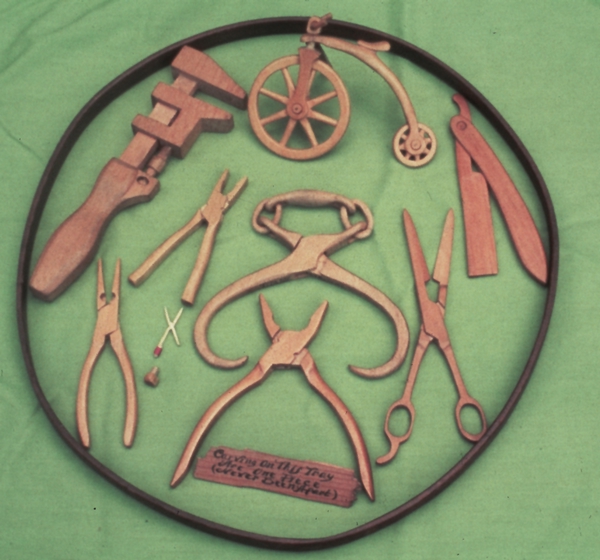 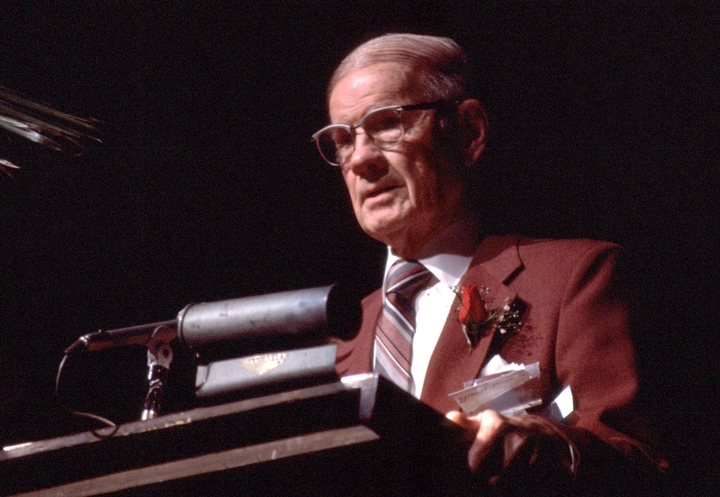 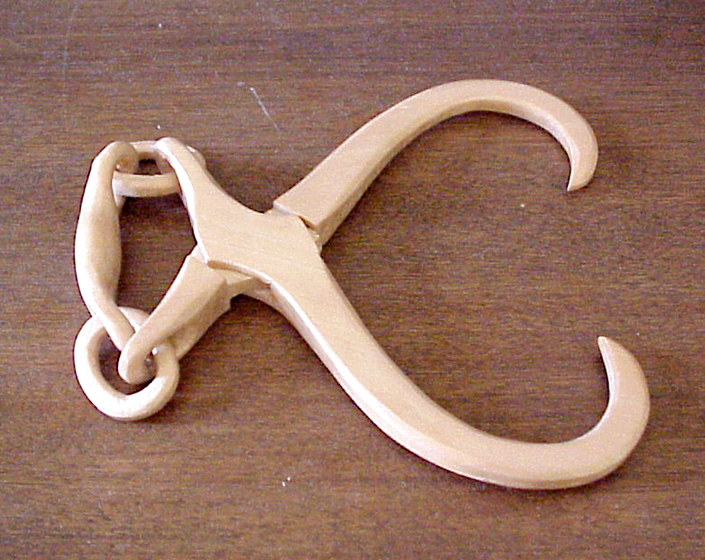 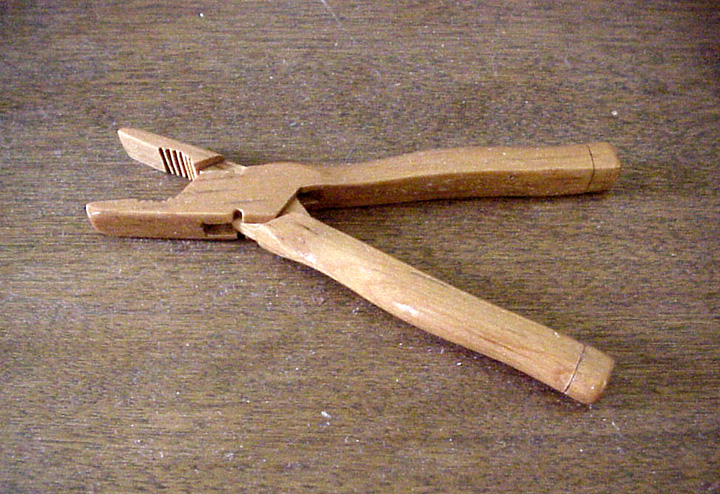 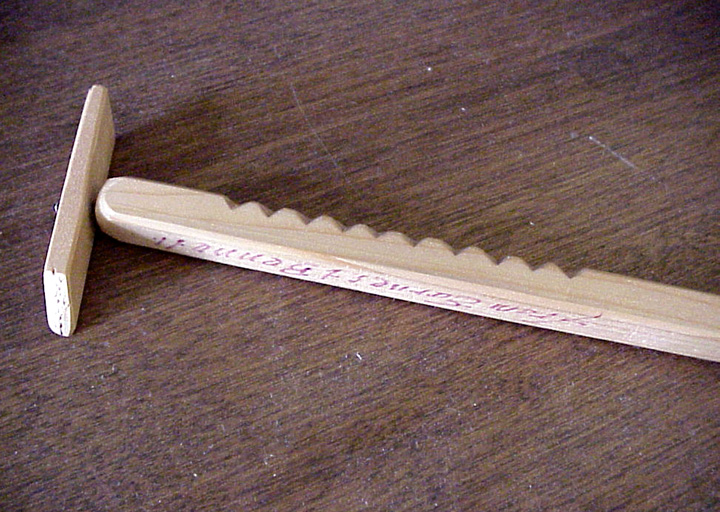 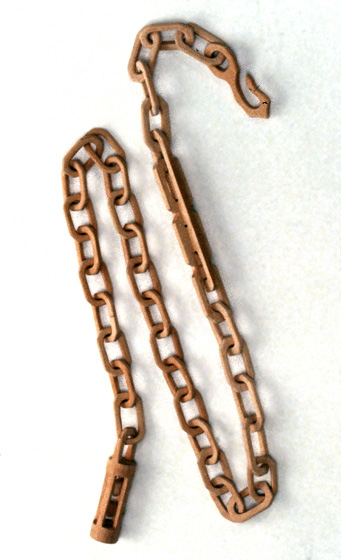 Earnest Bennett came from the rural hill country of south central Kentucky. He became interested in wood carving at an early age. "I guess I started whittling when I was 3 years old," he said. "My father was hired to take some witnesses for a trial twenty-eight miles away in a two-horse surrey. Dad was gone for several days, and when he came home he brought me a knife. I suppose I started cutting everything out, including my fingers."

When he was about 6 years old, Bennett began carving toys for himself and his brother. After seeing a wooden chain carved by his neighbor, an older man named Bacon Godberry, he decided to try his hand at making one out of red cedar. Godberry had dared him to figure it out, and once he solved the puzzle of how to carve a chain at age 12, he realized that this ability brought him new prestige among his friends. This inspired him to make more chains.

Like many people from rural Kentucky and Appalachia, however, Bennett was forced to look to the industrial North to find a good job. When he was 19, he moved to Indianapolis, Indiana, and with the growing responsibilities of work and family, his interest in wood carving declined. He eventually settled on a 50-acre farm outside Indianapolis, but as the city expanded, his property was surrounded by urban sprawl and eventually zoned for business. "It was a sad day for me when I had to move away from this wonderful land," he said.

After the death of his father in the 1940s, he returned to Kentucky for the funeral, found one of his old carved chains in the house and brought it back to Indianapolis. But it was another twenty years before he started carving again. While waiting to pick up his son from an after-school job, he decided to carve a chain to pass the time. Soon afterward, he saw some animal carvings done by American Indians and wanted to try that style of carving, too. He built a workshop behind his house in a residential area north of Indianapolis.

Bennett rarely sold his wood carvings but gave them away by the hundreds. Among his creations were miniature tools and farm machinery, sometimes carved from a single wooden matchstick. "You can't give something away without getting something back," he said. He demonstrated his craft at retirement homes, church suppers, Boy Scout gatherings and the Children's Museum of Indianapolis. He also taught young boys at vacation Bible school.

Bennett was trained in landscape architecture and industrial engineering. He had a management career in manufacturing and conducted research for the development of industrial tools. He was credited with numerous inventions and held several patents. In his later years, he delighted in making furniture and household items, in addition to his wood carvings. He was known among his friends and family as an inventor, a craftsman and a great storyteller who enjoyed talking about the men, women, children, animals and natural elements that shaped his life.