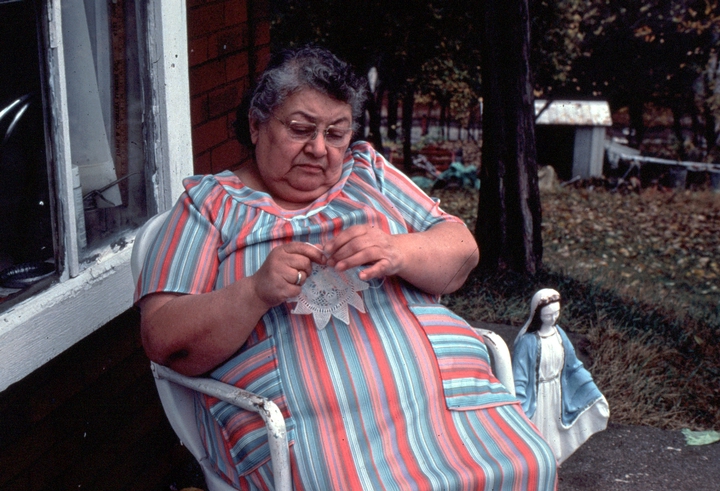 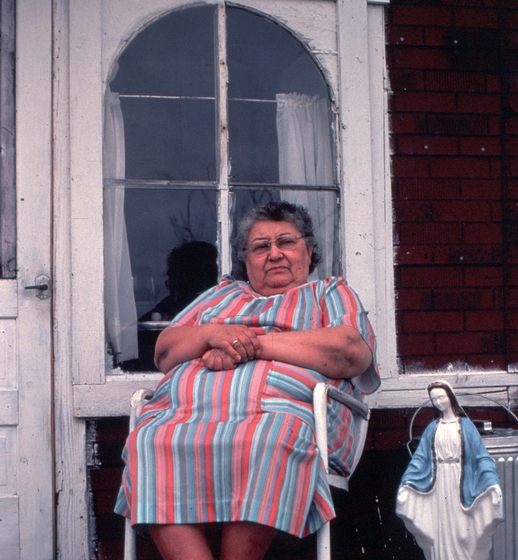 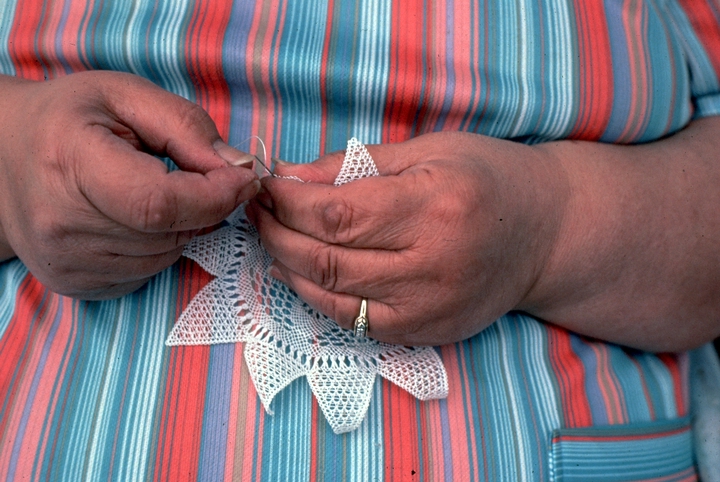 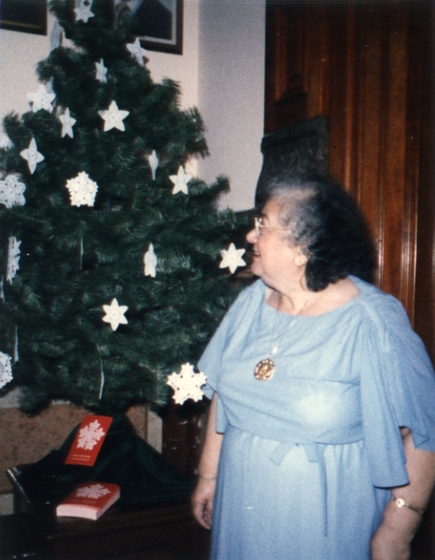 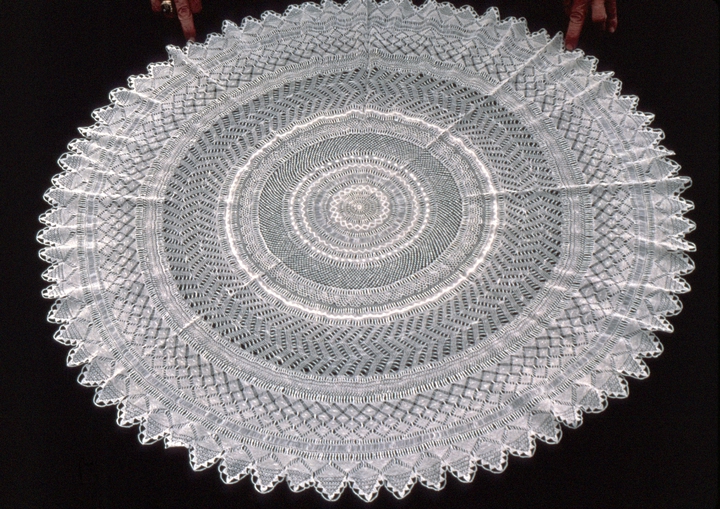 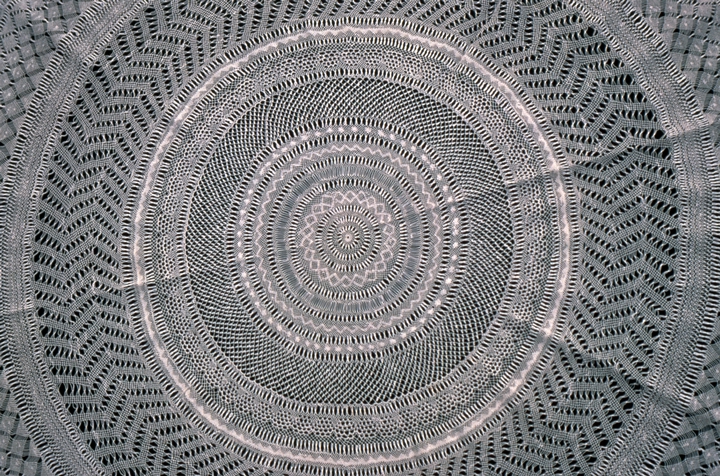 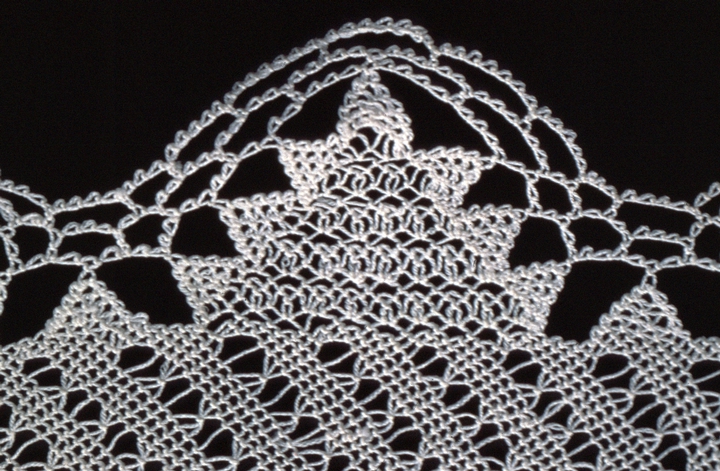 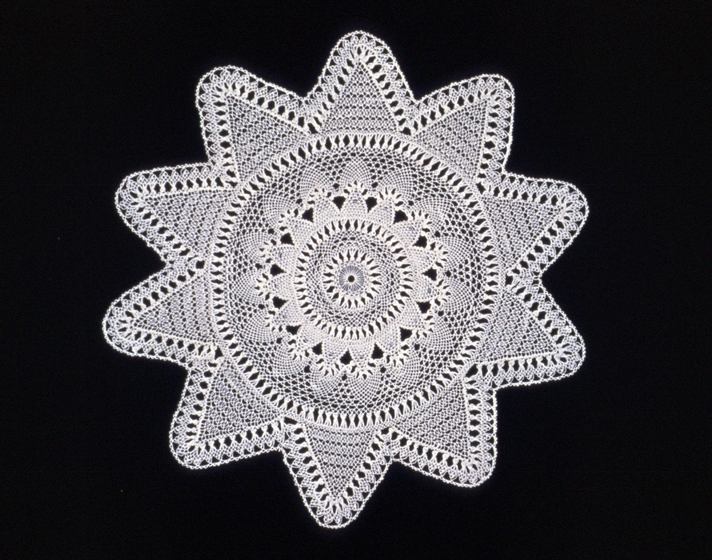 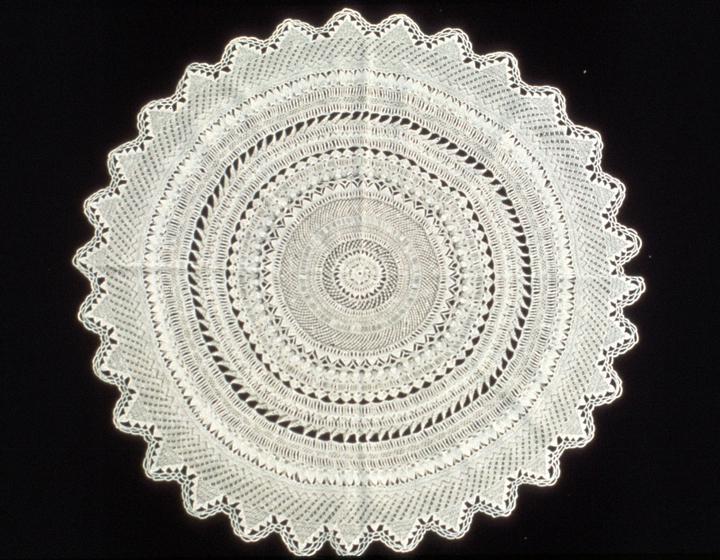 Genevieve Mougin's father, Hassan Nahra, immigrated to America in 1905 but later returned to Lebanon to get married. When he came back to America, he first settled in Illinois, where the family was living when Genevieve was born, in Kewannee. In 1921, they moved to Iowa, where Nahra operated an eight-acre truck farm north of Davenport.

At home the family spoke Lebanese, a variant of Arabic, and the eleven children were brought up with Lebanese traditions. The boys and girls received different training. "The boys were with their dad," Mougin recalled; "the girls stayed with their mom." At the age of 7, Mougin learned to do needlework. Later, her mother taught her to make lace using a sewing needle and fine linen thread, a craft known throughout the Middle East and called Phoenician, Syrian, Armenian, Arabian or simply knotted lace. Each piece begins with a center ring of twenty stitches and works in concentric designs, each stitch forming a single knot, knot upon knot. Older pieces were made with No. 150 thread, which is no longer available.

Mougin never used pattern books or printed material; her designs, she said, "come straight from my head." And for this reason, every one of her pieces — like a spider web — was different from every other. She never named her designs or stitches, and it was usually difficult for her to carry on a conversation about her work because she "simply did it."

Throughout her life, Mougin worked various full-time jobs to help support her family, first as a tailor for twenty-six years, then in a Detroit defense plant during World War II, and for twenty-six years on the assembly line of the Bendix factory, soldering tiny parts for guided missiles. She did her needlework in the evenings and in her spare time on weekends until she retired in 1973.

In her later years, she said that her time spent with lace was "just something to do with my old age." Her most ambitious piece, a forty-eight-inch drum tablecloth, took her twenty-eight months to complete, and even an eight-inch doily or snowflake required as many as forty hours.

Mougin needed to wear two pairs of glasses because of the delicacy of her work. Although she might have been able to sell her wares, she preferred to pass her work along to her nieces, nephews and other close relatives. She never had children of her own and tried to hand down the tradition to the next generation. "I tried to teach my nieces," she said; "they won't go for it."