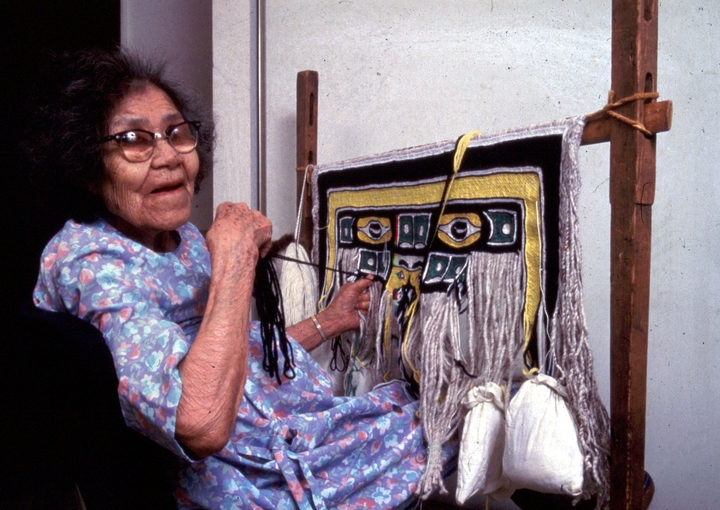 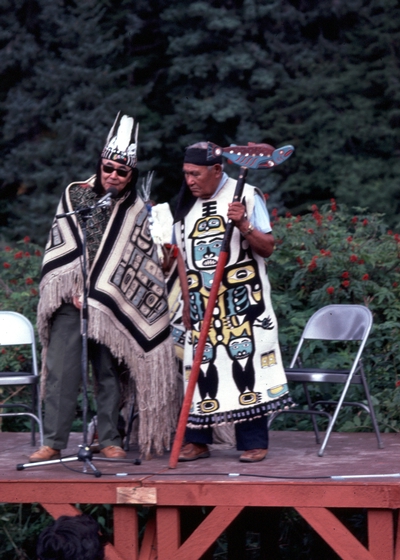 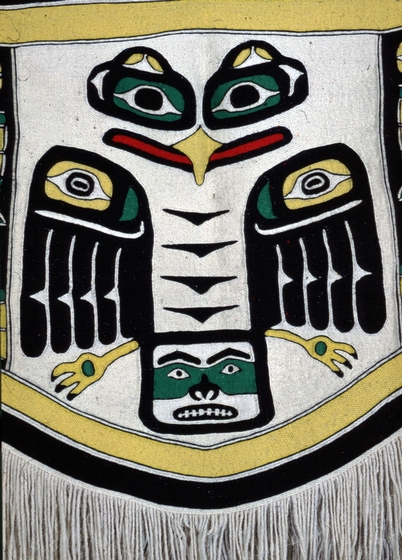 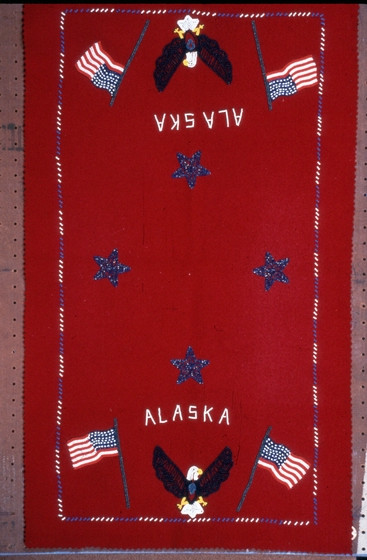 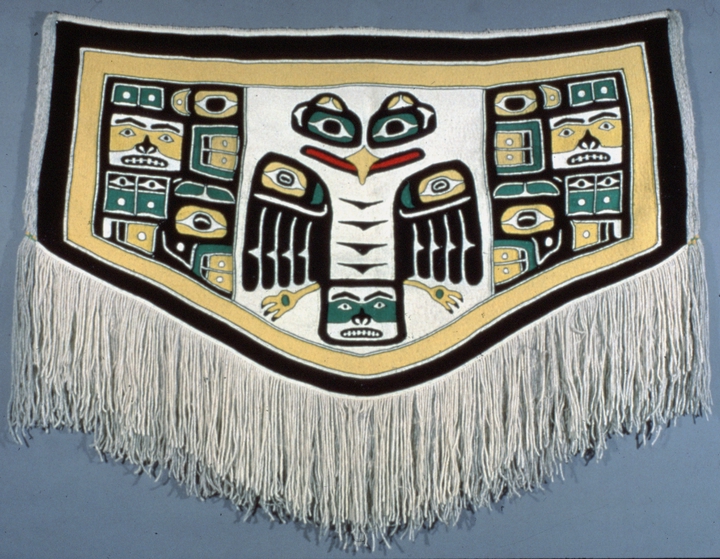 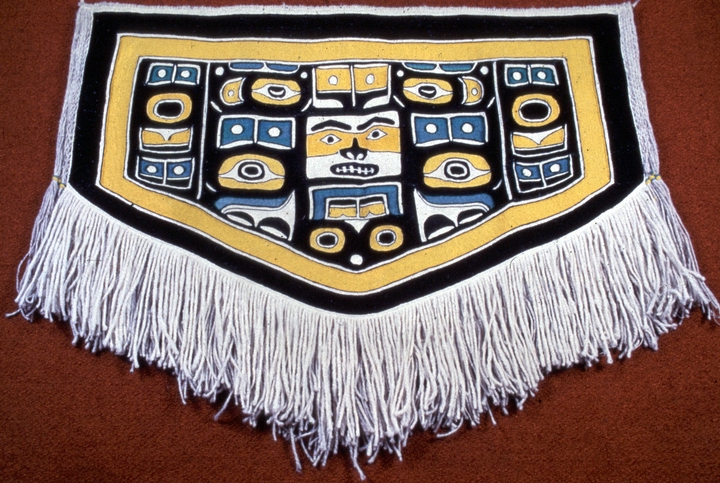 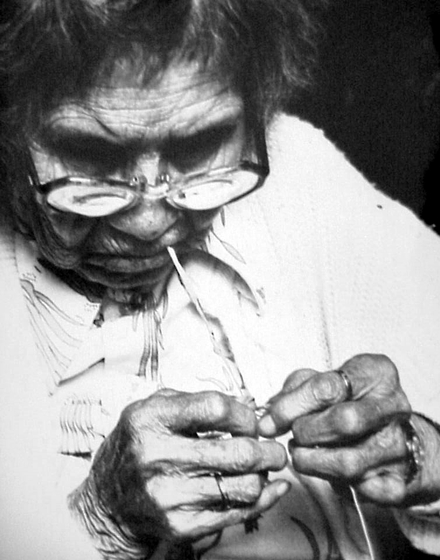 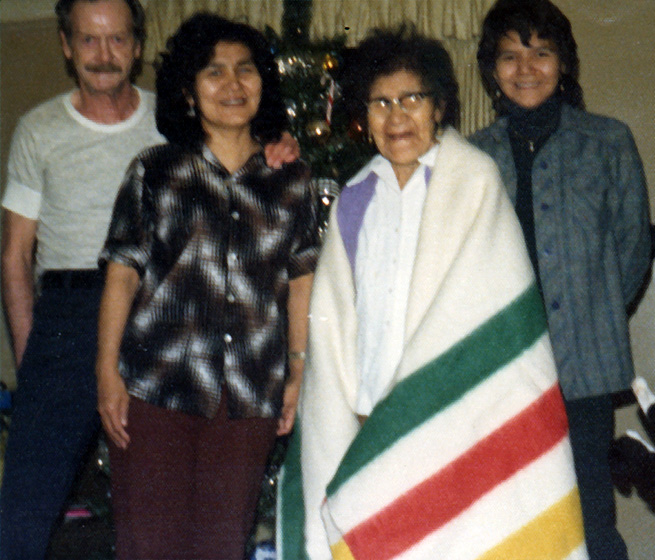 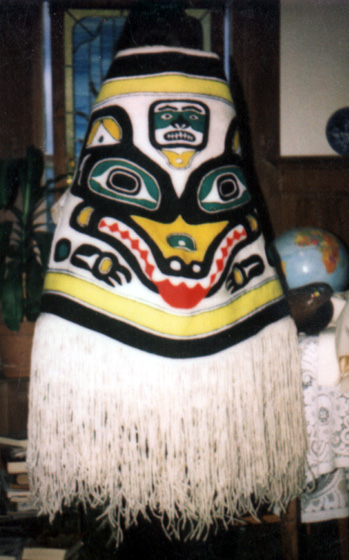 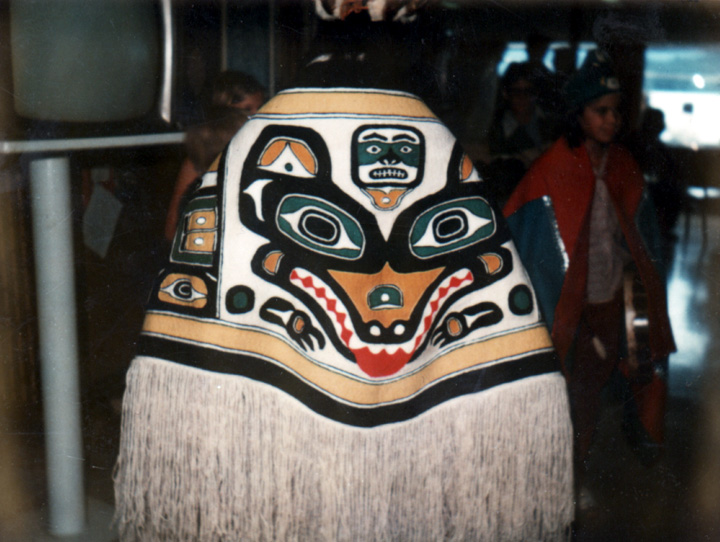 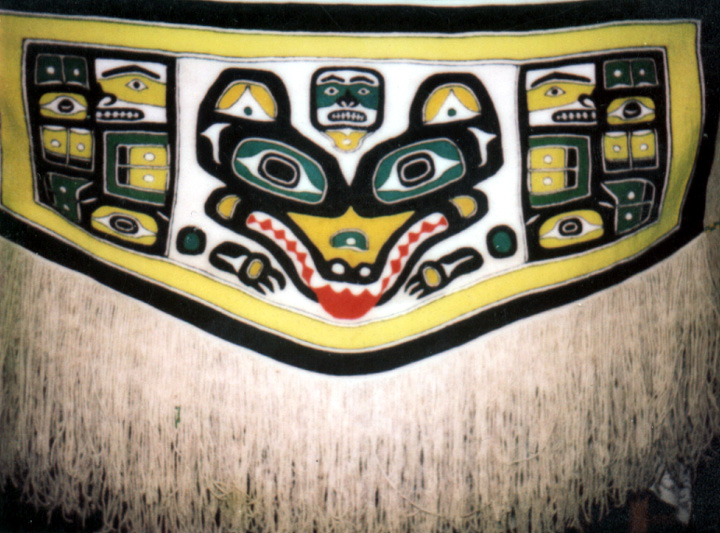 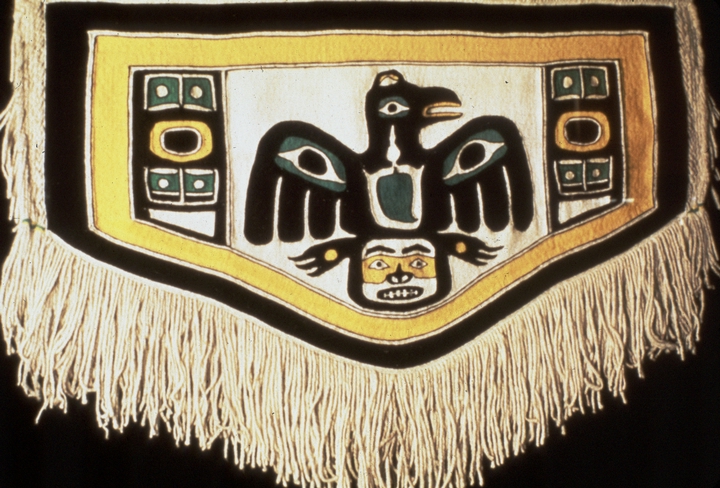 Jennie Thlunaut was born to Tlingit parents in Alaska during the spring run of the "hooligans" (smelt). Like most Tlingit children, she spent her early childhood playing on the beach, picking berries and gathering wild celery. She accompanied her parents on their cyclical expeditions to hunt and fish and traveled with them in Tlingit war canoes to visit relatives in other communities.

When still a little girl, she received her first box of mountain goat hair — one of the essential components of Chilkat weaving. Southeastern Alaska is rich in the natural resources needed for these weavings; in Chilkat blankets, mountain goat hair and the fibers from red cedar are woven together. When Thlunaut was 10 years old, her mother began to teach her to weave.

The Chilkat blanket has mythical origins, and the art of blanket weaving was transmitted from the Tsimshian to the Tlingit Chilkat in the nineteenth century. The designs woven into the blankets — stylized animal figures similar to those found in Tlingit carving — are the crests of family or clan groups and serve as property makers and emblems.

"The Tlingit were not writers of books," Austin Hammond, a Tlingit elder, said. "They wove their history into their garments, and they wear their history on their backs."

Chilkat blankets are worn in potlatches and other ceremonies, and their long-fringed borders create a spectacular display as the dancers spin and swirl. They are made for movement.

Over the course of her life, Thlunaut became a master weaver and is credited with single-handedly keeping the tradition alive in Alaska during a period of decline in interest in native crafts. She was directly or indirectly a great inspiration for younger weavers, who, in time, have renewed the vitality of the indigenous Tlingit traditions. By the end of her life, Thlunaut's blankets were selling on the open market for $10,000-$16,000 each, but despite this success she continued to give them away in the traditional manner. She never kept a single blanket for herself. "I don't want to be stingy with this," she said. "I am giving it to you, and you will carry it on."