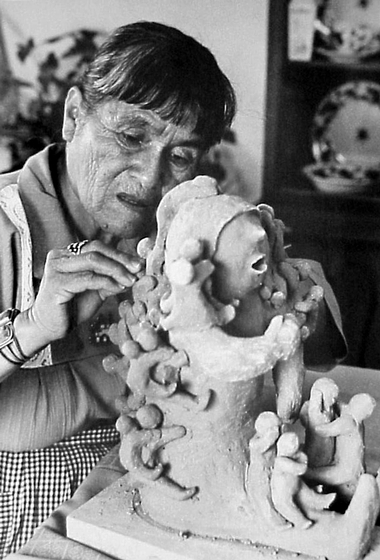 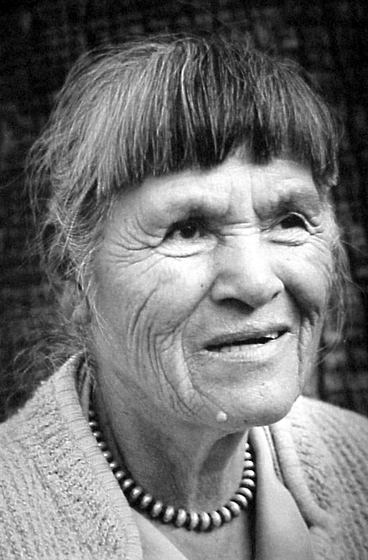 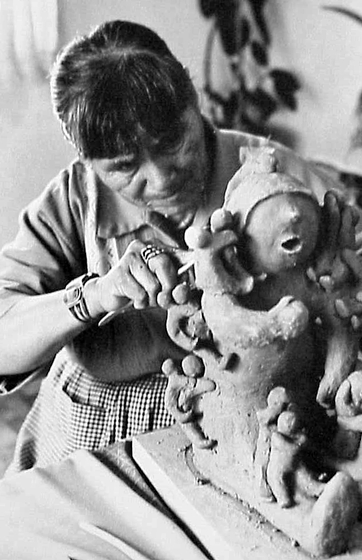 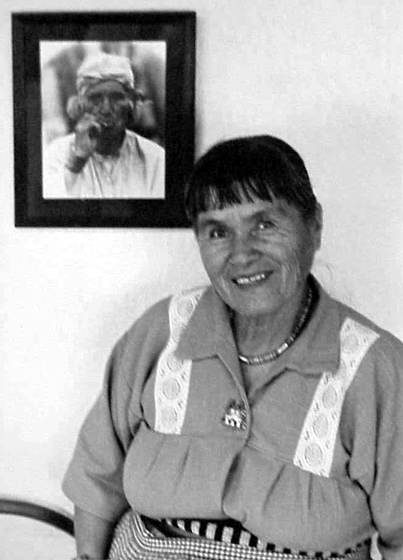 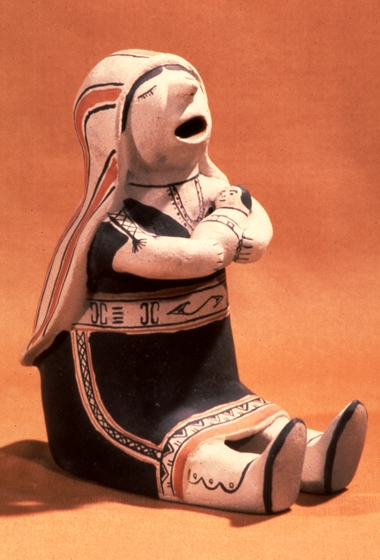 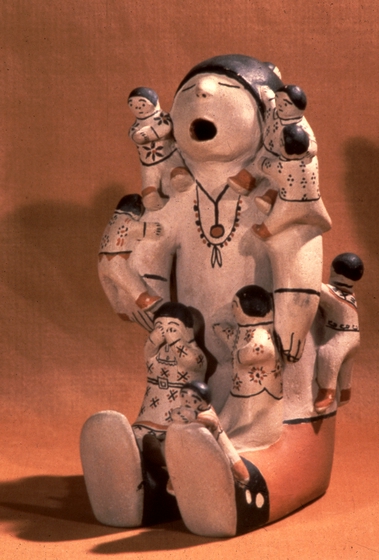 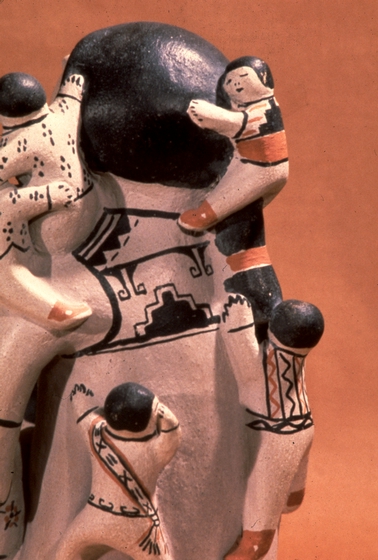 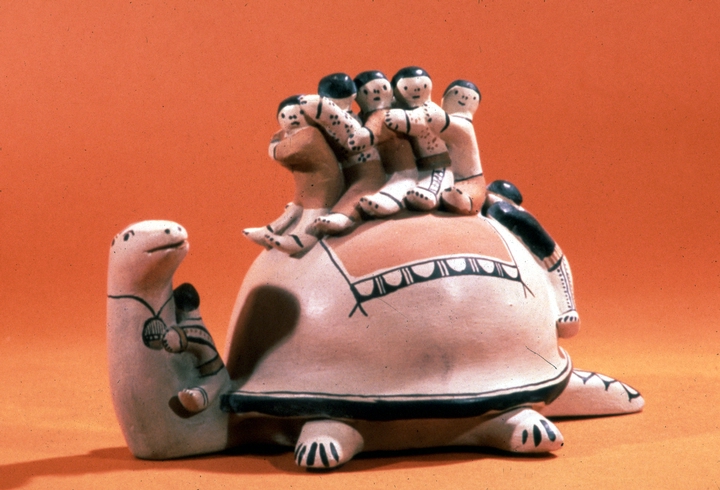 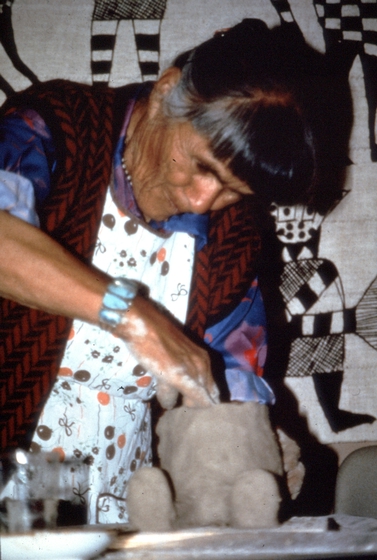 When Helen Cordero was born at Cochiti Pueblo, New Mexico, the area's rich pottery tradition was in decline. As Cordero said, "For a long time, pottery was silent in the pueblos." In the late 1950s, she and her cousin, an accomplished potter, began making pottery as an alternative to leather and beadwork. Cordero was never satisfied with her bowls and pitchers, but then her cousin suggested that she try figures instead. In Cordero's words, it was "like a flower blooming." Countless tiny birds and animals and, eventually, people came to life.

One of the traditional figurine forms was a seated female figure holding a child, known as the Singing Mother. When Cordero tried her hand at this form, she "kept seeing my grandfather [Santiago Quintana]. That one, he was a really good storyteller, and there was always lots of us grandchildren around him." When she shaped the first portrait of her paternal grandfather, she used the traditional design but made the figure male and placed more than a realistic number of children on him. She called him Storyteller.

Almost immediately, the figure brought Cordero to public attention. She won awards at the New Mexico State Fair and Indian Market and the Heard Museum's Annual Indian Arts and Crafts Show. Her figures have been exhibited in museums across the United States and Canada, and she received the 1982 Governor's Award for Pottery. Cordero's reinvention of a Cochiti figurative pottery tradition initiated a revolution in contemporary Pueblo ceramics. In a Storyteller exhibit in Albuquerque in 1981, there were more than two hundred figurines by sixty-three potters.

Cordero's work remained distinctive. She said of her grandfather's portrait, which she made so many times, "His eyes are closed because he is thinking; his mouth is open because he is singing." Between five and thirty child figures cling to each Storyteller. No two are alike. In addition to the Storyteller, she made other figures: the Water Carrier, the Drummer, the Mother With Children, the Turtle. But the Storyteller was the favorite, a fact that Cordero attributed to "the kids ... going all over him and maybe wanting to learn. They learn, and that's what's so important. The people that buy, I tell them, 'You listen someday, listen real hard, he'll be telling you. Listen very closely, and he'll be telling you stories.'"

Cordero didn't work in a studio. She preferred to work outside when weather permitted. Indoors, she worked at the kitchen table. She didn't have a kiln, either. Instead, she covered each piece of clay with cow manure and fired it on an open iron grate behind her house. Her husband, Fernando, and son George drove almost 100 miles to collect cedar for her fire.

"To make good potteries, you have to do it the right way, the old way," she said, "and you have to have a special happy feeling inside. All my potteries come out of my heart. I talk to them. They're my little people, not just pretty things that I make for money."